Who, What, Why - Tim Mara At The Horsebox Gallery 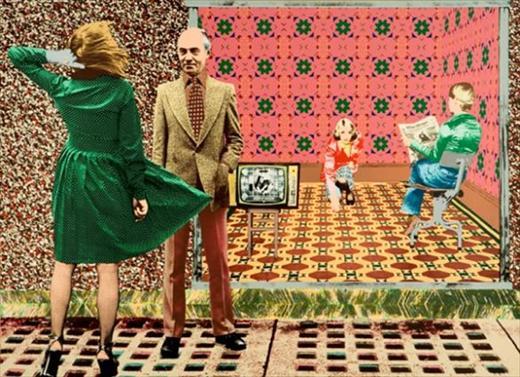 The Horsebox Gallery is the latest exhibition that has been featured at the roving art gallery. It is a collection of works from one of Britain’s primary original printmakers, including the likes of Tim Mara. Working as an independent artist and as Professor of Printmaking at London’s Royal College of Art, Mara’s creations stand as testimony to the enduring power of the medium which has so often been subjugated to ‘real’ art’s less interesting younger cousin. This pop-up exhibition, lasting only for four days, is a amazing opportunity to explore, enjoy and purchase the vivid and eclectic output of one of printmaking’s greatest practitioners.

The Horsebox Gallery constantly tours around the country, and through this journey, they put on exhibitions whereby each one is positioned in a location synonymous with the project in hand. And Mara’s one is no different. In celebration of the period when Mara was at his height, his prints have been hung on the walls in an original seventy’s flat. Sitting above an old East End Pie & Mash shop in Broadway Market, the exhibition space is completed with the lurid wallpaper, boxy wooden furniture and the glasses of florescent cocktails so often portrayed in the works themselves.

Mara’s work is an intriguing mix that is conveyed through potent influences in this unusual and highly evocative environment. Pop Art motifs flourish; in the electric colouration and clarity of subjects, and 70s filmmakers have clearly made their mark. Critics, when taking the stylised interior in to consideration have often made a great leap to the collages of Richard Prince. Indeed Mara looked for stylistic inspiration to the classical masters such as Vermeer, whose works are powerful throughout their narratives. As he himself said, "In the hierarchy of fine art, printmaking is usually associated with craft skills – with technique. And that gets in the way. My work was always about the ideas more than the medium.” 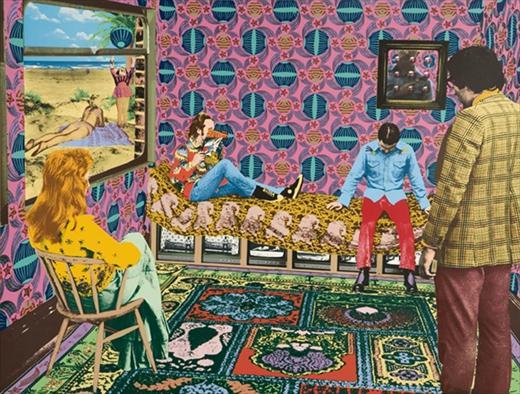 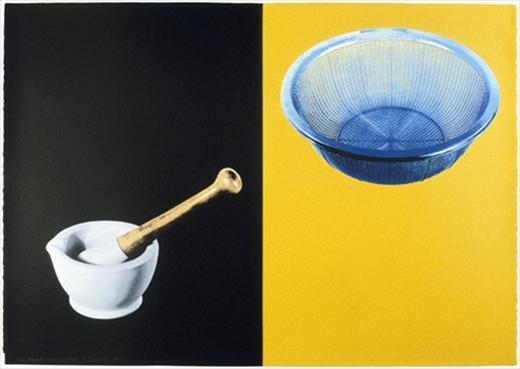 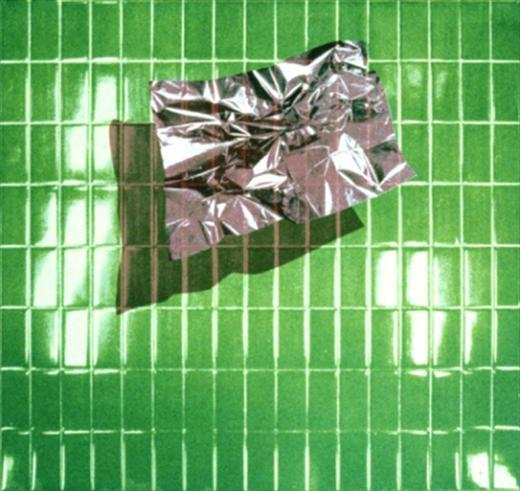 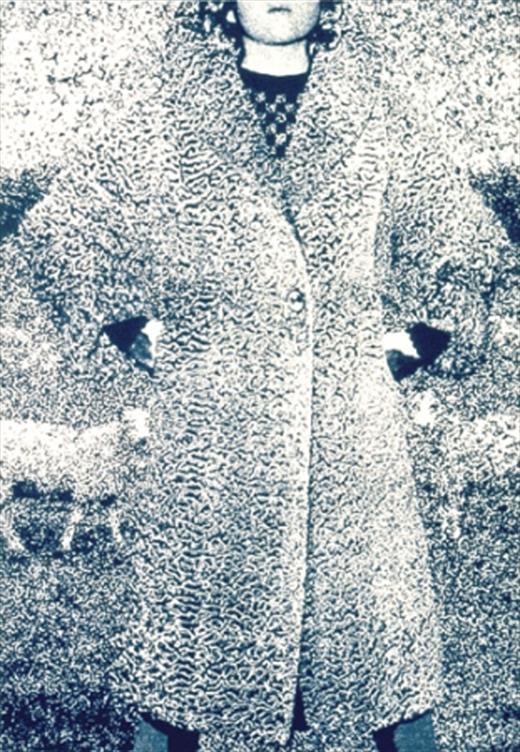 Portrait of Girl with an Astrakan Coat by Tim Mara 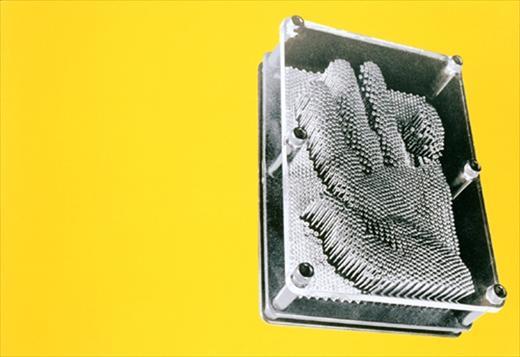 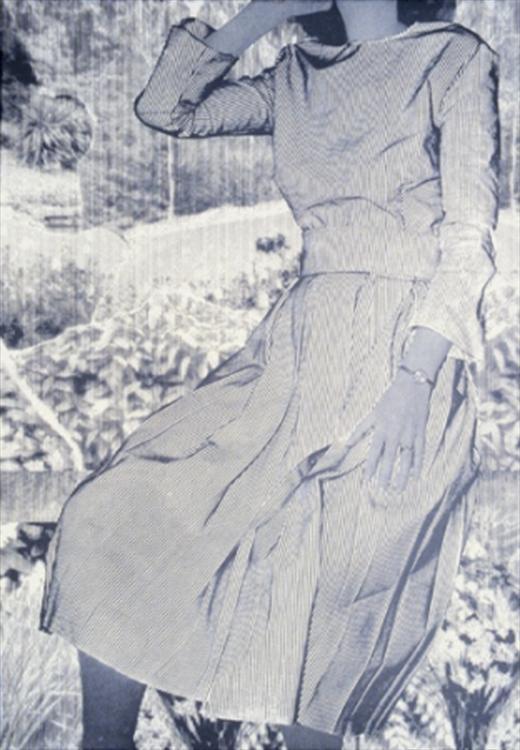 Portrait of Woman in Striped Dress by Tim Mara 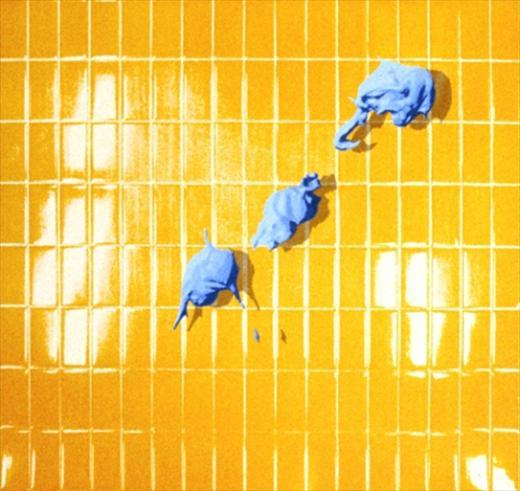