The Revival And Rebirth Of Cameo Jewellery Guessing that many of you have in fact rummaged through your grandmothers jewellery box, to see what you can match with your dress up schemes, as a kid or even as an adult. But now, it is more prestigious than ever and just as important in the year of 2012. So in future, remember that when you do, keep an eye out for cameo jewellery.

They are tagged as vintage bestsellers or a secret to dressing like the royals; but cameo jewellery is here to stay as an accessory in 2012. It can either act as a statement piece or add that romantic essence to your attire; cameo is a miracle in disguise. 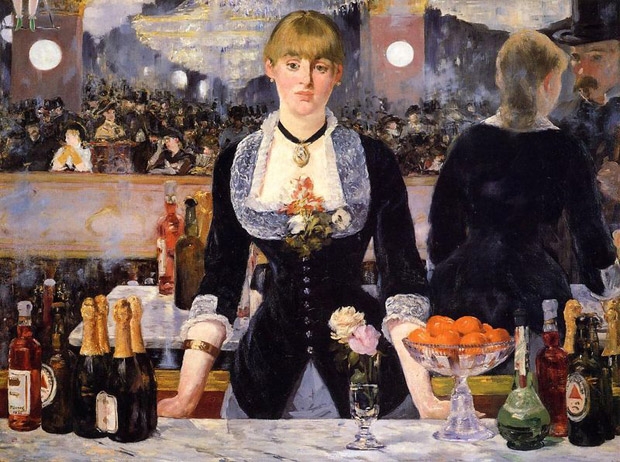 Cameo jewellery: what is it?

Within the Victorian era, cameo carvings were used as intaglio to seal papers and stamp letters. But, for obvious reasons, queens and princesses of the time had to get their fashion inspiration from their surrounding inanimate objects. This gave inspiration to cameo jewellery, popularised by Queen Elizabeth, as she modelled pendant motifs carved with flowers, trees and mythological Gods. Not only was it the Victorian era where cameo’s were featured, but they also pop up regularly throughout history and popular culture references, from Ancient Rome to one of 18th century’s most well-known paintings “A Bar at the Folies-Bergère”, whereby artist Édouard Manet made a reference to a cameo locket.

With time, cameo jewellery found its place amongst other treasured and precious jewellery boxes. The designs remained the same but it’s worth rose. Design wise, what we see today are immaculate carvings of portraits. They’re commonly found in oval shapes with rimmed edges, but as laser technology has excelled through, varied shapes, sizes and colours have taken over its monochromatic and uniform past. 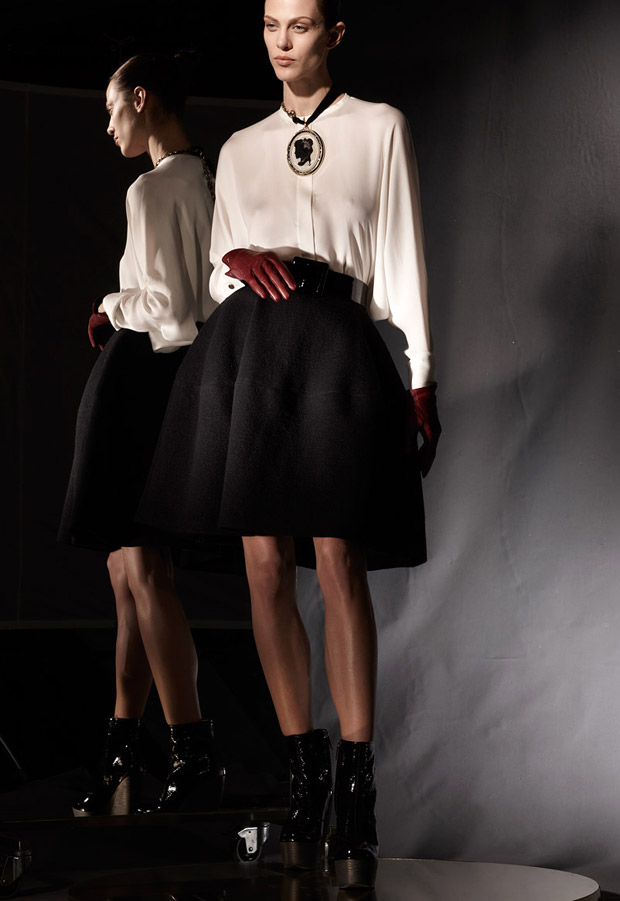 For a trend in 2012, Lanvin’s pre-falls how featured chunky cameo pieces with astonishing silhouettes that explored the futuristic side as well as the romanticism and uniqueness of the collection. The skating skirts and bouncy dresses contrasted with the gushy and imaginative charm of the accessory, proving that the revival of the trend isn’t merely about styling rustic jewellery with new-age clothes in a random way. The Edwardian style has come back to familiarize itself with the ‘60s inspired wardrobe of spring 2012.

Another glimpse of cameo jewellery is seen in Miu Miu’s latest spring 2012 campaign. Coincidentally (or even intentionally), the fairy-tale inspired shoot stars the lead actor from Alice in Wonderland, Mia Wasikowska, whereby the on-going theme of innocence echoes through the bright images. But what really stands out is the clever ingenious placement of cameo-style brooches, bracelets and earrings with the ladylike fabrics and prints. The Victorian times, unfortunately had to put up with forceful tailoring or constricting strictness, but the 21stcentury is quite different. The luxe brand has stayed true to its individual aesthetic by giving a new edge to cameos and straying from the conventional monochromatic tones with block tones of blue, red and yellow. Cameo jewellery: How to wear it

The comeback  of cameo jewellery in 2012 is not as serious as the Victorian era, so one can therefore wear as a brooch around the collar or pin it to your scarf. If you can find small cameo blocks, use them as cufflinks to ease down the formality of a crisp white shirt.

Collaborate cameo earrings with romantic silhouettes inspired by the 1960s. Both trends are massive for spring 2012. If you’re scrummaging through your vintage wardrobe, leave the cameo jewellery in the box, slow down on the vintage and add a more modern-style or futuristic jewellery.

When buying cameo jewellery, go for cameo brooches or oversized cameo pendants, rather than traditional earrings.

If you have shell cameo pins and brooches, head to an antique jewellery store and ask them to redo the piece on glass or something with a more solid base.