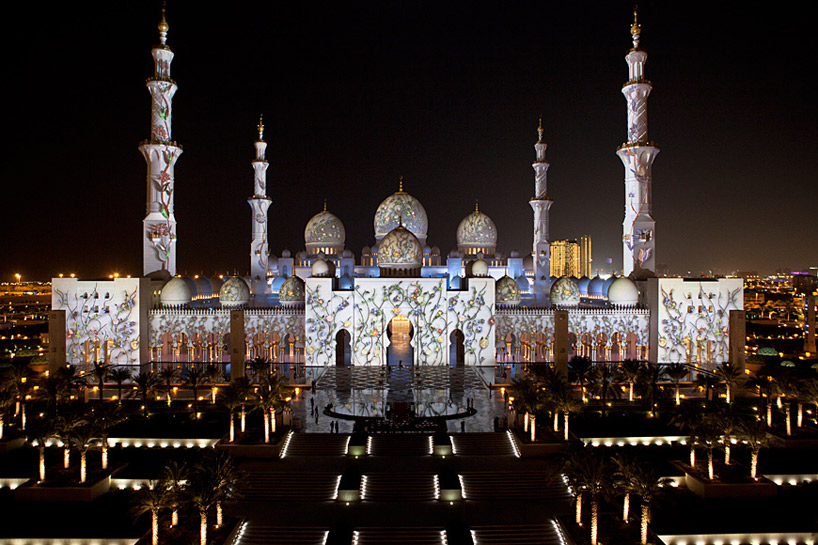 San Francisco-based Obscura Digital developed the Sheikh Zayed grand mosque projections project, conducted for the 2011 United Arab Emirates national day. Forty-four projectors were used with a combined brightness of 840,000 lumens that covered the 600 x 351 feet high surface area of the architectural landmark of Abudhabi. The three dimensional mapping created a series of bright, schematic architectural projections that illuminated the façade, four minarets and twelve domes of the mosque. The show featured illuminated designs which mirrored both historical imagery and the artistic styles found in the structure as well as the decoration of the mosque. The projected depictions included palms, pentagonal geometry, gardens of paradise, the Qibla wall, the Mehrab, architectural motifs, night skies and cycles of the moon as well as humanity depicted with the earth. 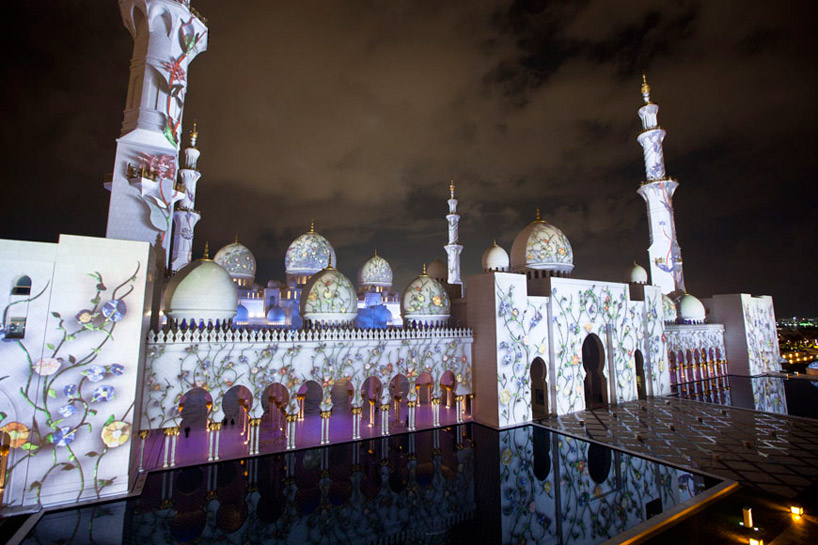 The images incorporated into the installation echoed architectural motifs observed in the existing mosque. 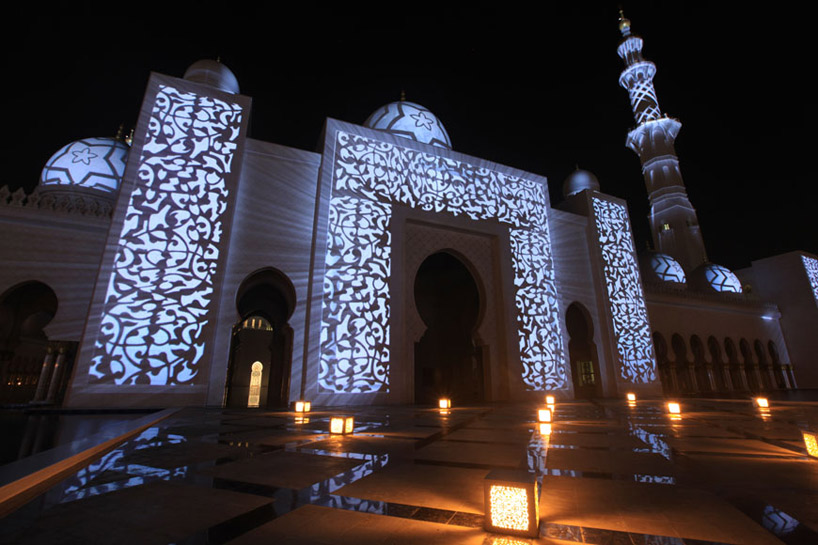 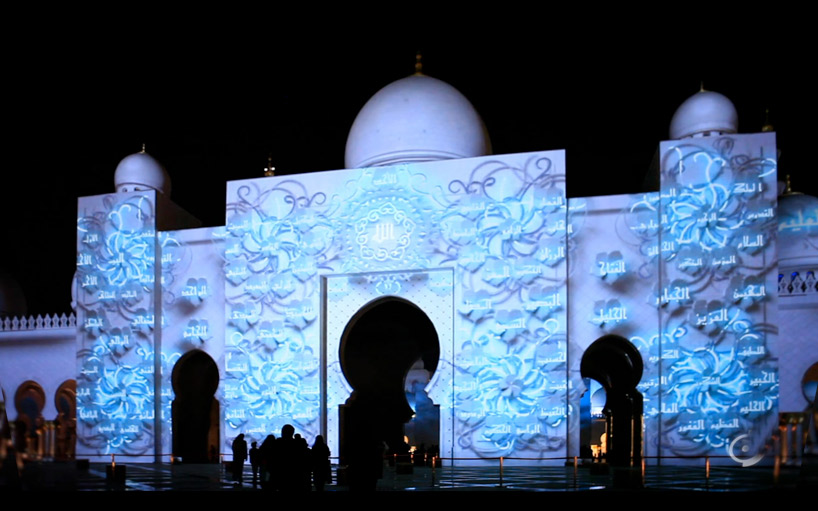 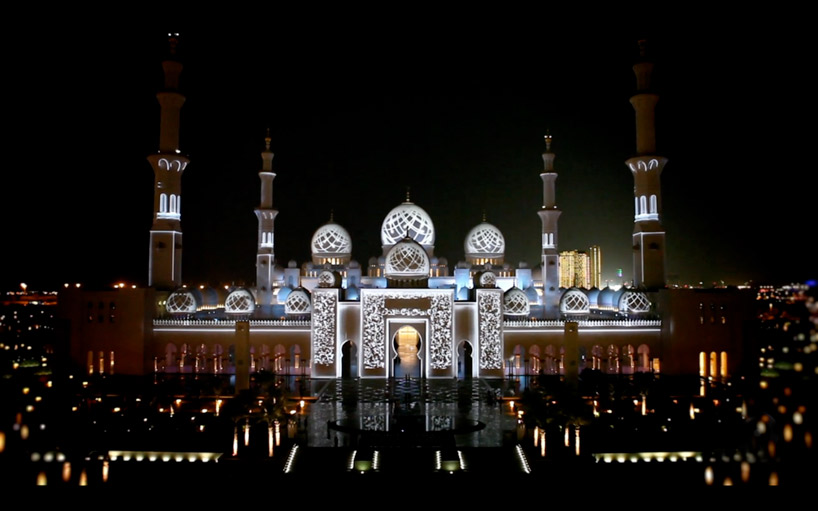 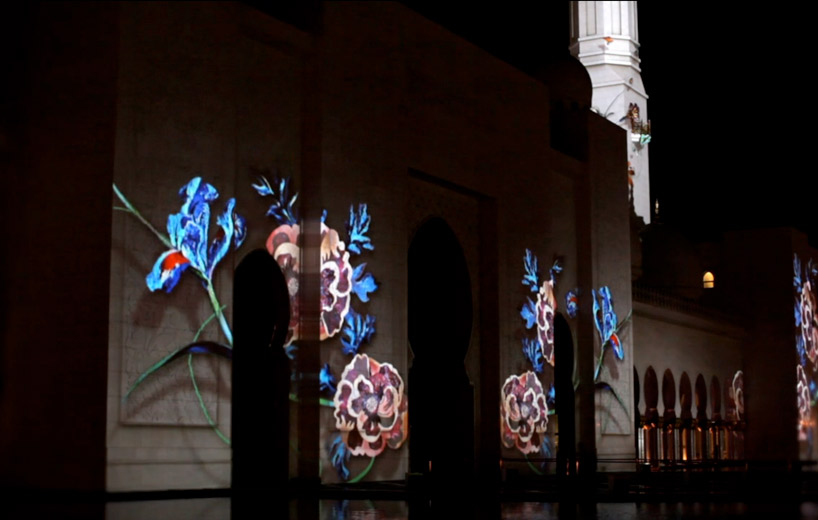 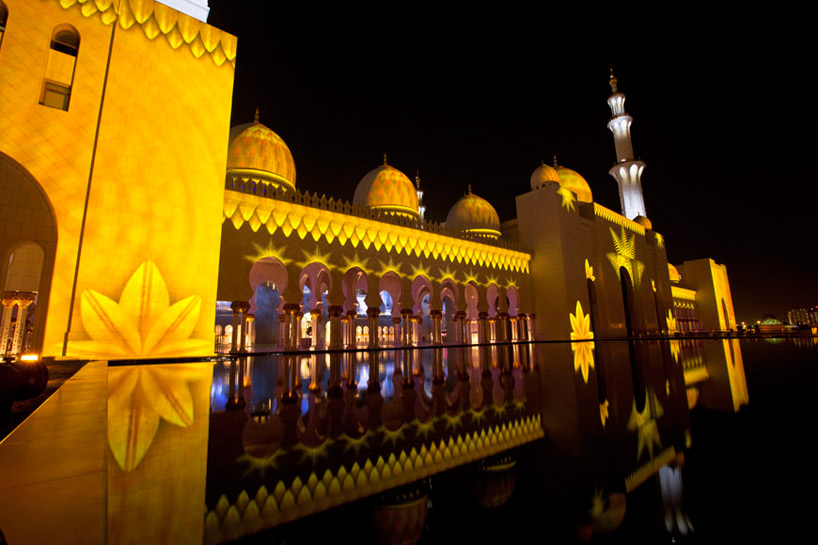