Italian fashion house, Marni, known for its unusual and quirky designs, launched its first self-titled fragrance in SA at Luminance-the new luxury department store in Hyde Park Corner last month. The store, which stocks Marni accessories, has extended its offerings now to include the fragrance which is exclusively stocked in Luminance and one other retailer until the end of October 2013.

The fragrance itself is spirited and inspired, much like the designer and creator of the brand, Consuelo Castiglioni. The fragrance plays with classic elements in unexpected ways. It combines ethereal spices and eclectic, raw woods, creating a statement that is both elusive and uniquely memorable: an echo of Consuelo’s belief in silent elegance. The aspiring notes of cinnamon bark and cardamom are a pairing of hot and cool spicy notes, a two-toned duality that works like a boldly patterned print. Accents of crisp bergamot and earthy black pepper, pink peppercorn and ginger add facets of contrast and substance, resulting in a fragrance which is a playful debate between extroverted assertiveness and elusive femininity. 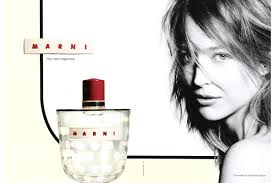 Ndalo Luxury Ventures CEO, Khanyi Dhlomo, welcomed guests at the much-anticipated Marni fragrance launch and expressed her excitement of now offering a complete range of Marni products at Luminance. The launch beautifully put together by Jill from Zebras Square.

Glamour Women of the Year 2013 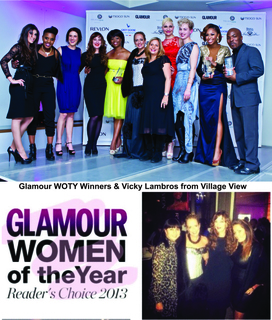