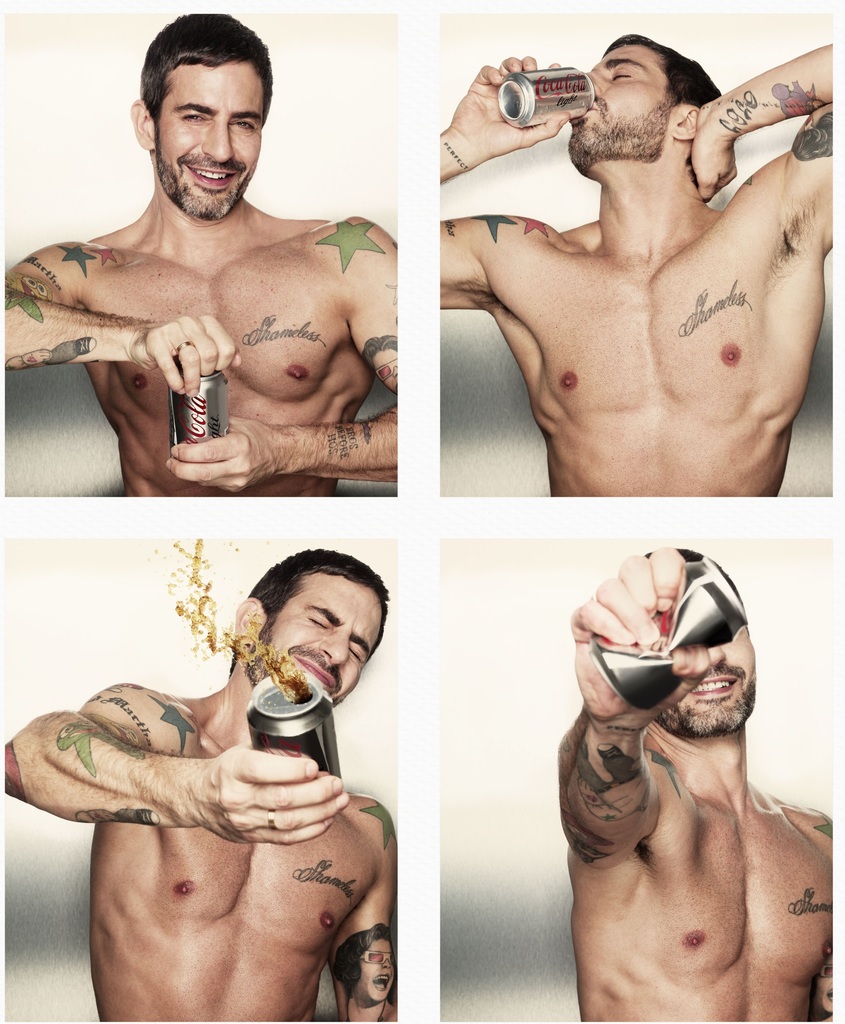 The partnership between Marc Jacobs & Coca-Cola light® brings an exciting element to the Sparkling Together campaign.

Available now in South Africa the ‘I Heart ‘80s’ embodies the rise of the empowered woman in all her 1980s glory. Marc Jacobs captures her in a timeless and classic style, with a strong rebellious current, which also portrays the designer’s love of theatre. The bow tie and shining lights of Broadway incorporated into the design also reference the spectacular launch of Coca- Cola light® at Radio City NYC, where the world’s first diet soft drink made its US debut in 1982.

The ‘I Heart ‘90s’ creative is a dynamic reinterpretation of the decade, showcasing the extravagant attitude of the era where fashion, music and art collided in a glamorous exploration of strong femininity and daring attitude. Marc’s signature swallow motif adds a romantic element to the design and features iconic ‘90s fashion accessories including the exaggerated couture trilby hat and treasured stiletto heel.

‘I Heart ‘00s’ design is a playful and lighthearted illustration of the sporty-cool decade, embodying humour, sexuality and energy. The evocative silhouette is directly inspired by the Marc Jacobs Spring / Summer 2013 runway show and features his signature red polka dot motif – a hallmark of his early collections. The stripes and geometric patterns detailed in the graphic also bring to life the youthful exuberance and the eclectic mix of inspirations that make fashion in the ‘00s so diverse. Marc Jacobs commented, “I feel very privileged to be the new Creative Director of Coca-Cola Light® in 2013 and put my stamp on the Sparkling Together campaign. Coca-Cola Light® is an icon… and I love an icon.”

Very cool! They are clearly trying to capture new markets with this campaign.

I trust that you are all well.

The set last about 45 days, as you only use a pea size of each product:-

Also the website www.bio-therapeutic.co.za  has all the stores who carry the cocktails.

But a great one is TUSC in Sandton City:-