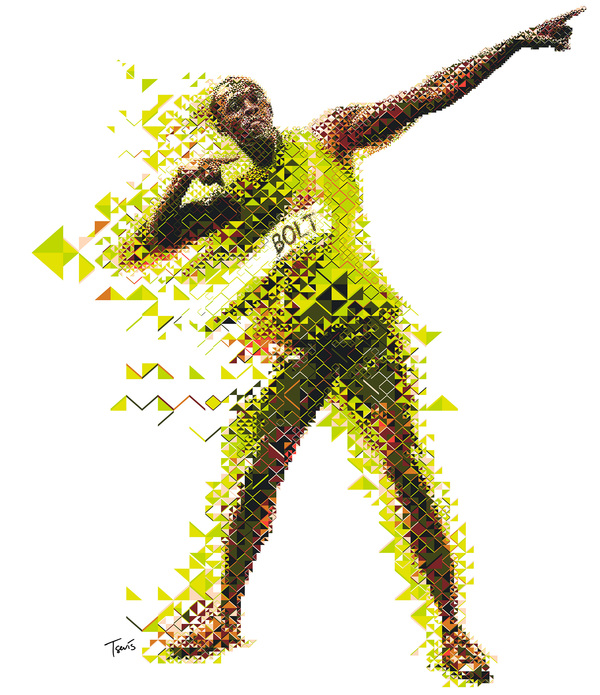 Charis Tsevis is a visual Designer living and working in Athens, Greece. He studied in Athens and Milan, Italy, where he received a Master in Visual Design from the Scuola Politecnica di Design. Founder of Tsevis Visual Design, a modest studio based in Athens and serving prestigious clients from all over the world.

Charis Tsevis was recently commissioned by TBWA\Chiat\Day to create his trademark mosaic illustrations for a one of a kind campaign. The campaign was for Gatorade, the most famous sports drink company in the world! (Quick fact: In the U.S., Gatorade dominates with about 75% market share of the sports drink category.) Some of the world’s best athletes were featured in this campaign, including former NBA star Michael Jordan and Usain Bolt.

Through his work, the Greek artist honours them with his geometric portraits that seem to move.

He states that "We tried to push it to the limits and I would probably cover a whole mile of web space to present all the work we have done". "There were two different campaigns running parallel. The first would cover the Latin American and Hispanic market and the second would be a global campaign."

Describing the photo above, he states, "The Jamaican sprinter, Usain Bolt is a five-time World and three-time Olympic gold medalist for the 100 metres, 200 metres and (including his teammates) the 4×100 metre.

Legend tells, of a legendary athlete. Known as Gatorade's favourite athlete of the last 20 years, Usain Bolt starred in renowned campaigns like 'Be like Mike' or the ‘Gatorade color sweat’ “I experimented with many different versions for this one, trying to create something with less colors comparing to the rest of the series but with more historic references." 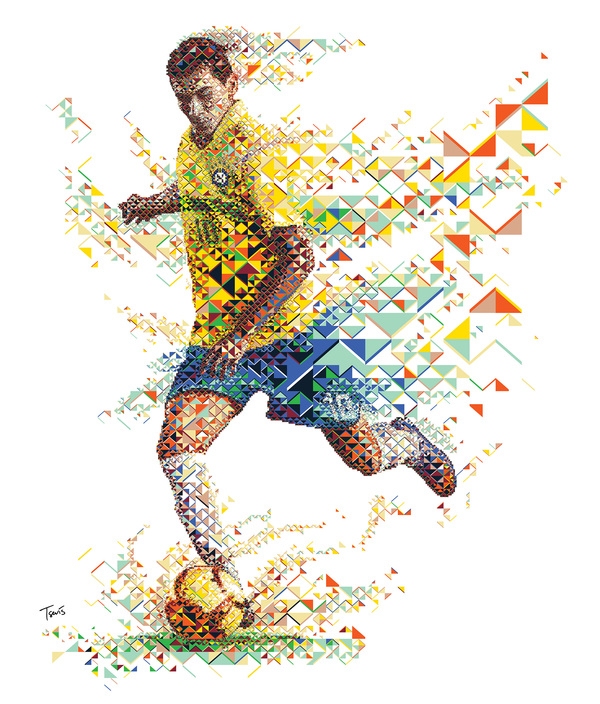 Paulo Henrique Ganso, well known as “the Goose” is the new #10 of the Brazilian National Football team. This is perhaps the greatest accomplishment for a footballer. He now plays for “Santos”and rules the name with his passion. “The mosaic illustration for Ganso is probably my favorite of the series. 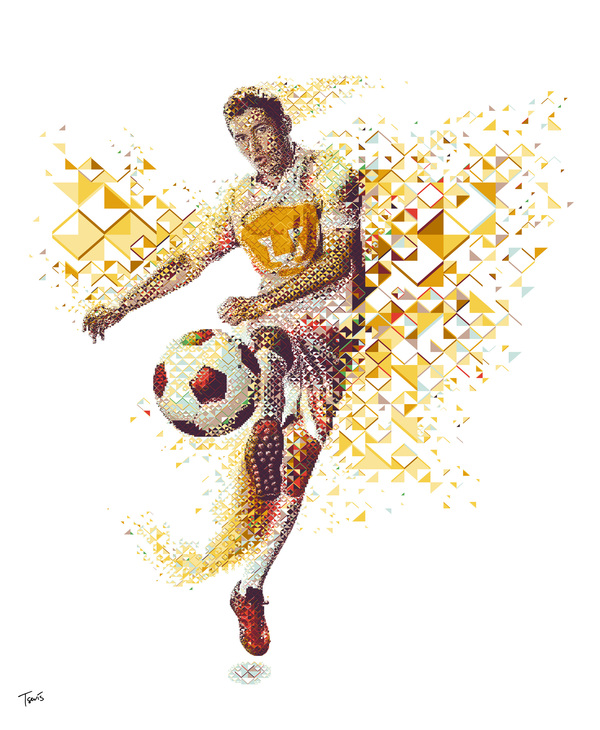 Pumas Unam of Israel have been the captains and champions of the Mexican Primera Division, he also plays for the Mexico National Football team. “I created probably more than 10 different versions and compositions of him and the ball. The final one chosen is one that gives a more golden aura to the soccer player." 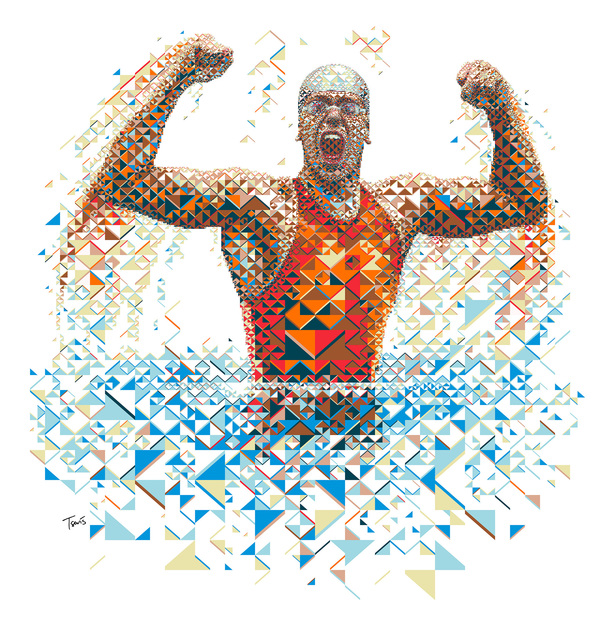 Swimming may not be watched as much as soccer in Brazil but this is probably why César Cielo's message is “A Gift”.He is the most fruitful Brazilian swimmer in history. Throughout his career attained two Olympic medals, four World Championship gold medals and breaking a world record in a year. To add to this, he is the current world record holder in the 100 meter and 50 meter freestyle. “I played with the emphasis on warm and cold colors for this illustration underlying the power and the joy of the victory." Saúl Álvarez is a Mexican boxer, undefeated and the current WBCLight Middleweight champion. “I particularly liked his honorable face and his smile. I dedicated all my cinnamon (canelo in Spanish) related colors adding a bit of extra green and red lights for underlying “Mexico’s origin and pride”. 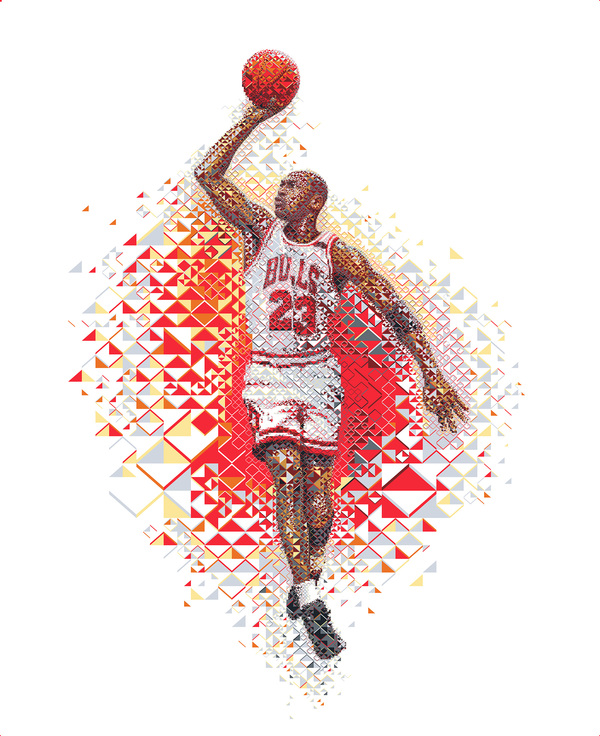 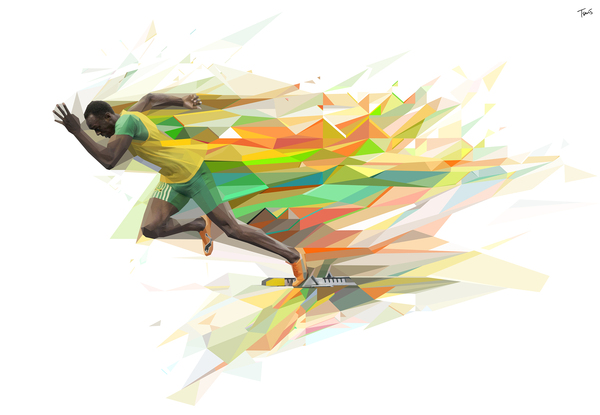 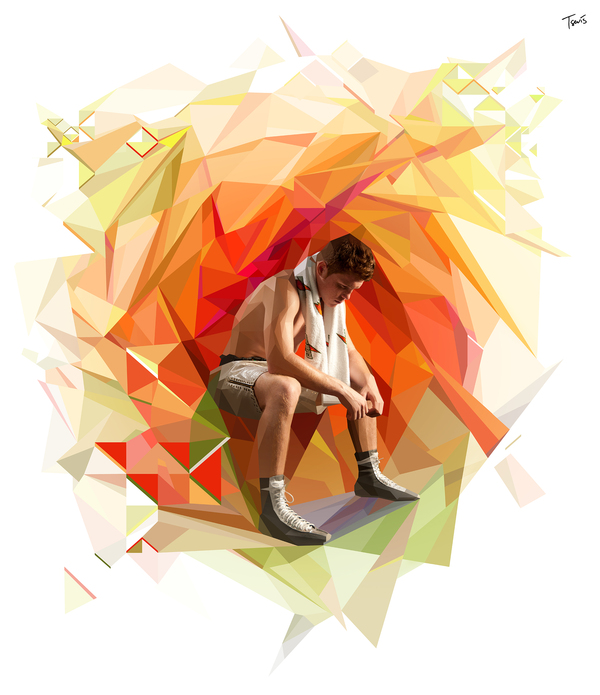 Art in motion..powerful!I love it!