Art lovers and gurus can be on the lookout for great pieces that are being showcased at Pulse, a Contemporary Art Fair that is currently taking place in Los Angeles. Pulse celebrates artists, the visual arts and culture providing a platform for various galleries to exhibit work on contemporary art. Sixty exhibitors from Asia, Europe and America are taking part in this visually captivating and electric event which started September 30. New York galleries featured this year are: Mixed Greens, SCHROEGDER ROMERO & SHREDDER, and Von Lintel Gallery.

Greg Lamarche (Hand cut paper collage)-above
Greg Lamarche was born and raised in New York. At a young age he experienced the beauty of making collages from fireworks and wrappers and in the 1980s started writing graffiti on the New York street walls. His art works which are collages are vibrant, fusing the beat of New York with graffiti to communicate the different facets of urban ingenuity. He’s art pieces are characterised by bold colours, different fonts, repetition, layers and word fragments.

Christina Ray Swoon (below)
Swoon is an artist based in Brooklyn. Some of her artworks can be found in The Museum of Modern Art, The Brooklyn Museum of Art and the Tate Modern. She is known for her enthralling life-sized woodblock and paper cut portraits. One of her large-scale installations includes the Swimming Cities of Switchback Sea at Deitch Projects in 2008. 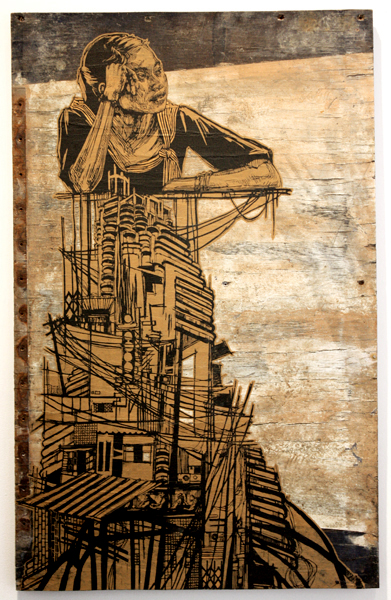 Kris Kuksi
Kris Kuksi is a holder of several art awards and his work has been featured in many art magazines and fictional books. Born in Missouri, Kuksi’s work portrays the unusual and sinister. Through his art pieces, Kuksi aims to reveal to audiences the fallacy of man. 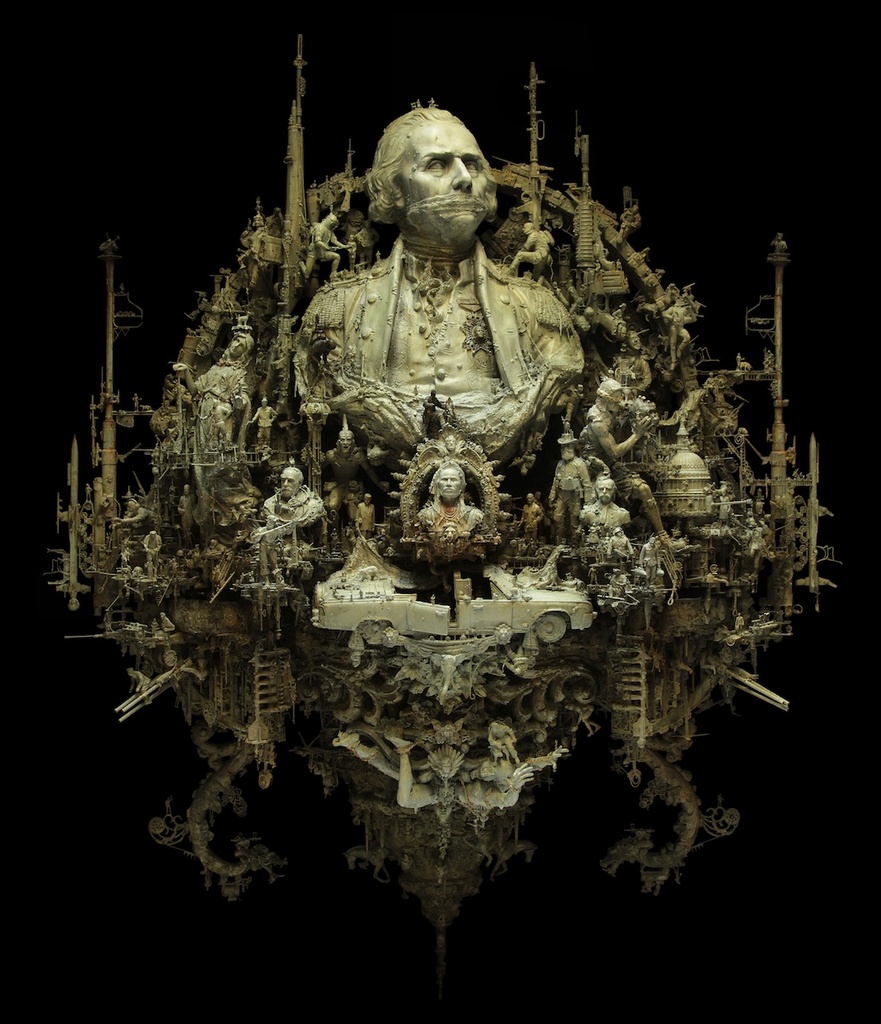 David Adey
David Adey is a former California Biennale participant (2010). He’s work is influenced by and represents restriction. “This has been realized in a series of experimental “resurrection” parodies (craft punch-and-pin works) and, more recently, in a monumental sculpture created from books and sawhorses”. 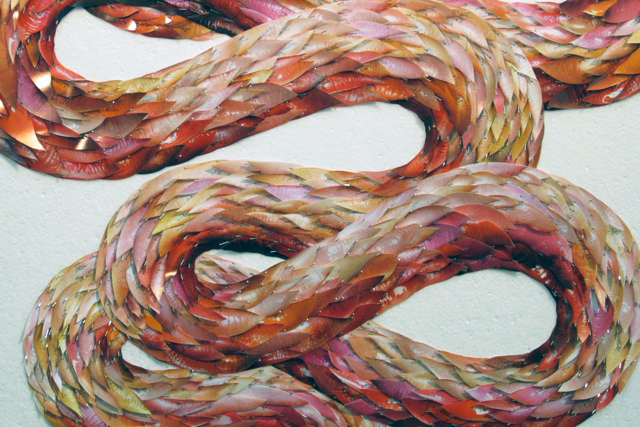 Kevin Cyr
Cyr's work can be found in the West collection and La fondation d'Art Oxylane, Lille, France, and is currently on view at the Victoria and Albert Museum in London. “A mini camper for bicycles, this sculptural work is a personal reaction to the fragility of our current society”. His sculpture narrates a story of a society after the Great Depression and explores the themes of shelters, homes and havens. Cyr celebrates all forms of vehicles in his art. “He paints with devoted attention to every imperfection and sign of age”. Mark Schoening
Mark Schoening was born in Brainerd, Minnesota. Most notable about his work is his signature theme of “information explosions”. His art works are characterised by ray beams and dot matrix fields and portray the rhythm of society and the proliferation in information. Mark uses acrylic, ink and carbon for his pieces. His work can be seen in the DeCordova Museum in Lincoln and the Third Point Management in Manhattan. 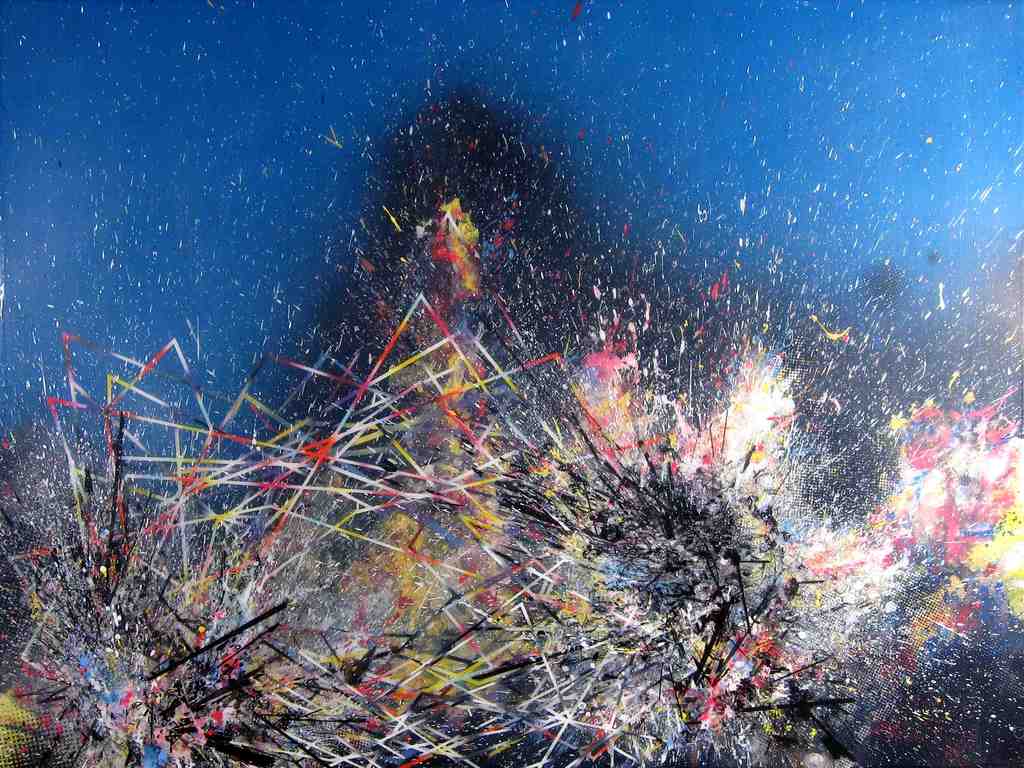 Gina Phillips
Gina Phillips is a narrative artist who grew up in Kentucky and has lived in New Orleans since the 1990s. Her art works are narratives about Kentucky and New Orleans; its people, their stories and their surroundings. One major theme evident in her work is that of tragic comedy. The beauty of her work lies in her use of thread and fabric. “She begins a piece with a simple underpainting in acrylic paint on canvas or muslin...then finishes the piece by appliquéing fabric and thread on top”. Some of Gina Phillip’s art works can be seen in the New Orleans Museum of Art, Ogden Museum of Southern Art and many other galleries in the US. 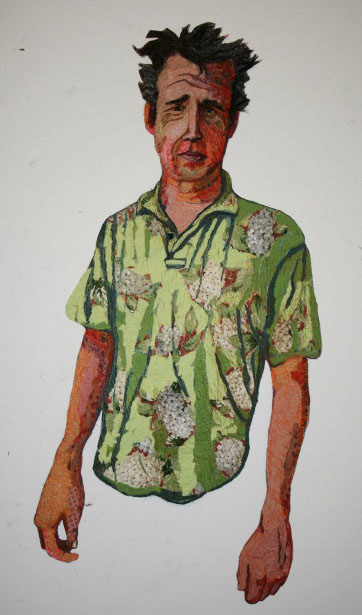