The Japanese designer, who has already teamed up with Adidas in the past for the Y-3 line, has created an utterly fierce pair of football boots for the three-stripe brand.

Yamamoto has transformed the adizero F50 football boots into a pair of imperial lion-dogs, mythical Japanese creatures associated with the Imperial Era.

Professional soccer players will wear these exclusive Adidas boots in matches around the world this weekend, sporting a design that pays homage to Yohji Yamamoto’s Japanese ancestors.

Fans can look out for the yellow lion-dogs on the feet of Gyasi Zardes of LA Galaxy, Jonny Steele of New York Red Bulls, Lucas Moura of Paris Saint-Germainand Naohiro Ishikawa of FC Tokyo. 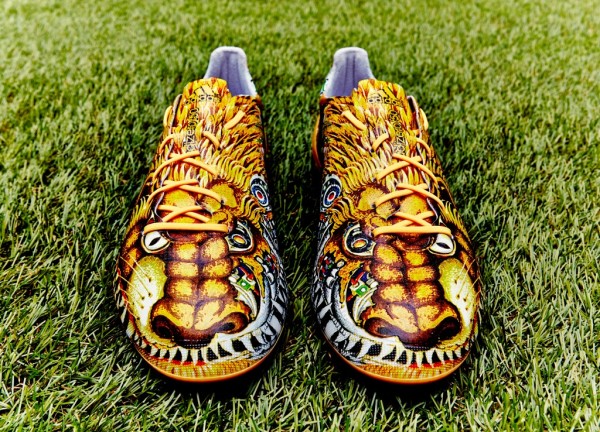