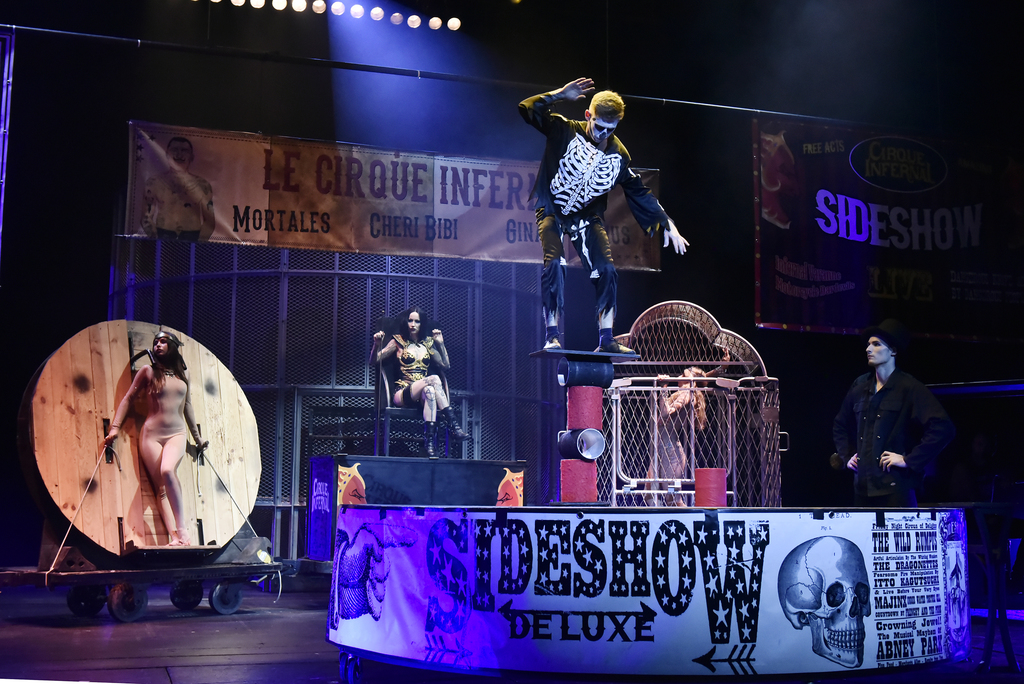 Joburg Theatre is proud to present Cirque Infernal, direct from Europe, on the Mandela stage from September 6th to September 23rd 2018.

There was a buzz on opening night, as word had got out that death defying acts would be a part of this show- and that was a fact! I was breathless and captivated from the beginning.

Cirque Infernal was created by Danny Varanne – Danny was part of Le Grand Cirque Adrenaline which was presented at Joburg Theatre in 2012.

Cirque Infernal features some of the world’s top circus performers: 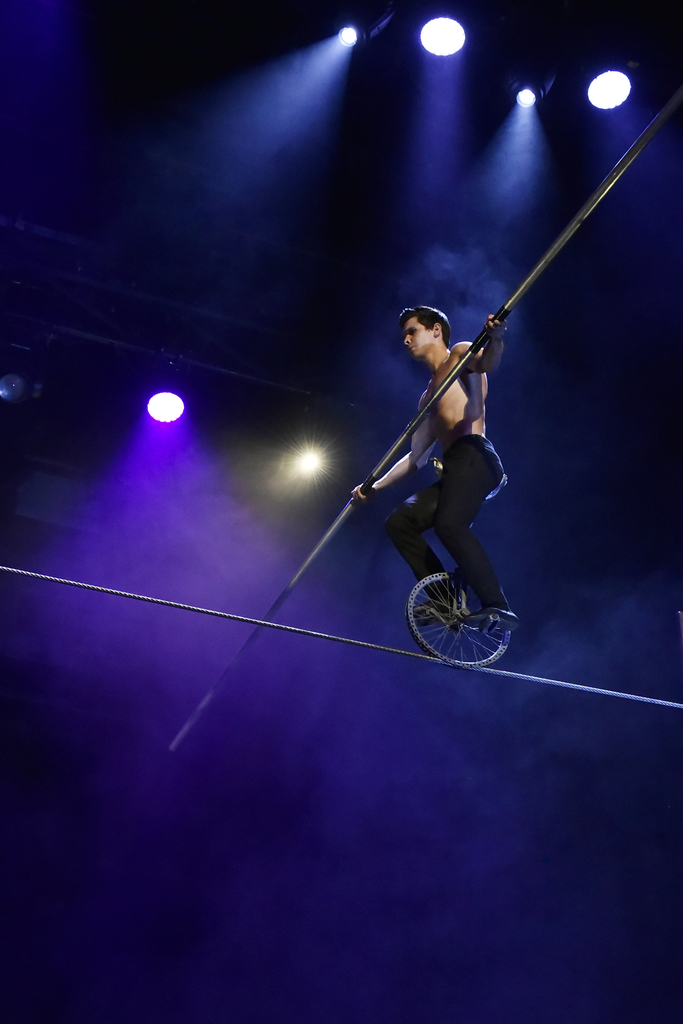 Wilson Stey (France) is the funambulist (tightrope walking).  At only 23 years old, Stey is from France.  His ancestors have been walking the tightrope since the Middle Ages. 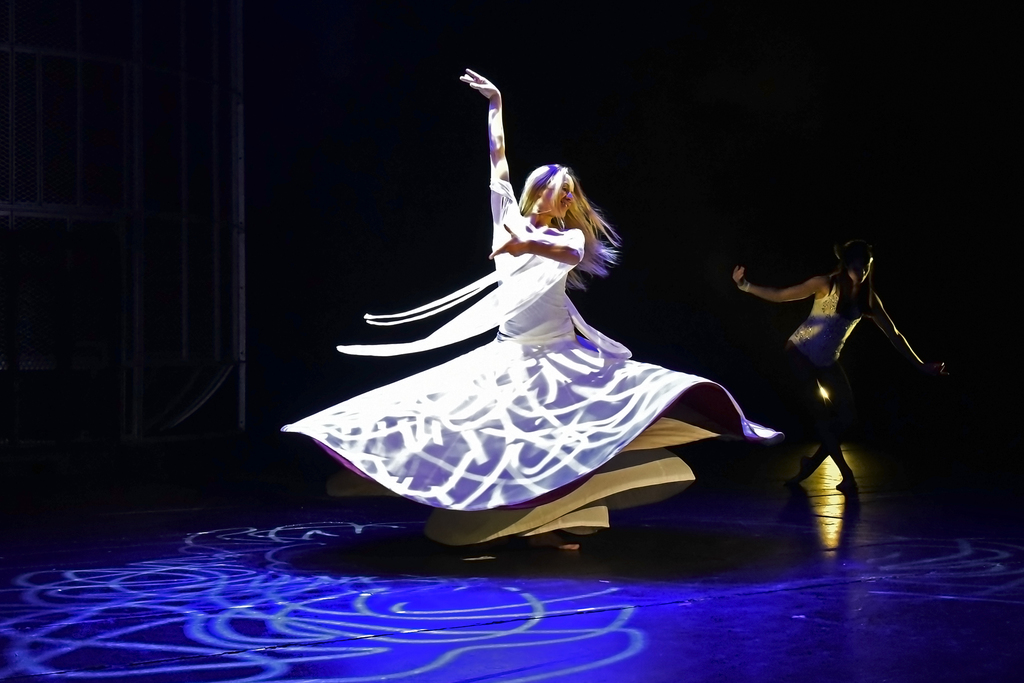 Pro Sufi dancer Aurelia Baque is a native of Toulouse, France. She spent half a year in an Indian Ashram, learning and practising the daily the art of Sufi dancing. 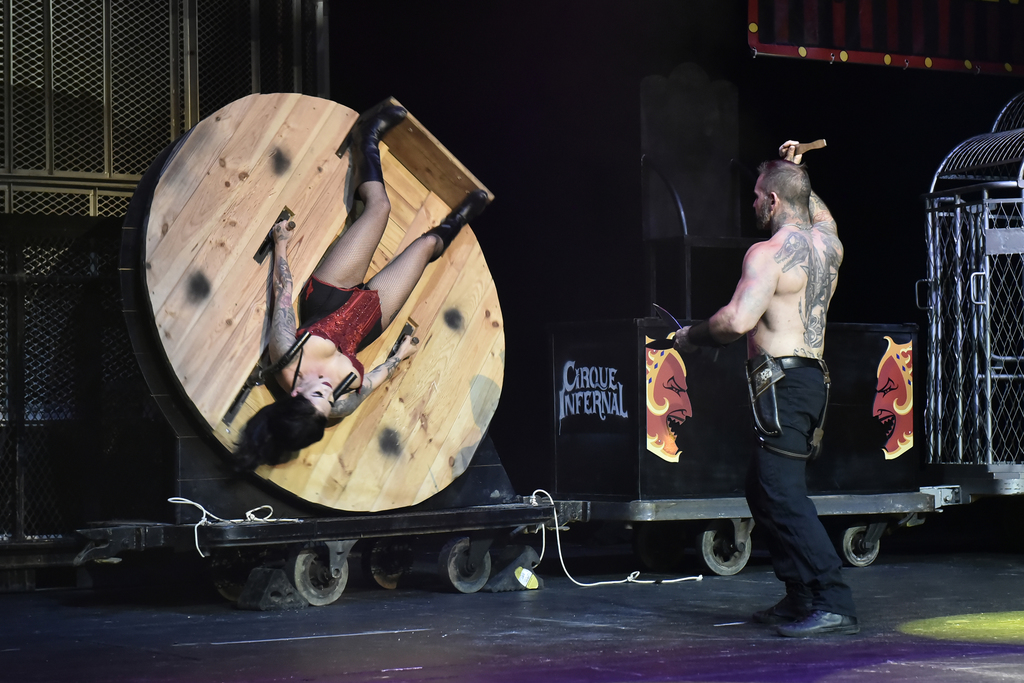 Married on stage and in life, Scottish couple Rachel Irving and Charlie Peratt push the boundaries of the knife throwing act. For me, they brought their personalities to the stage, apart from their talent- they really engaged the audience are are clearly quite crazy! 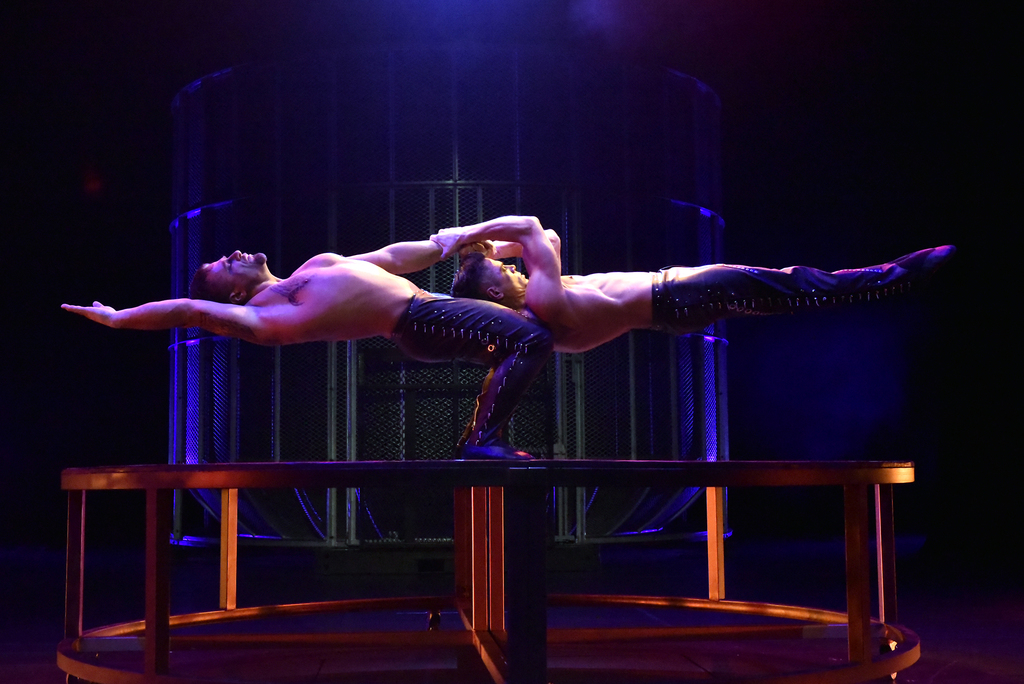 Romanian brothers Valentin and Catalin Badea are the Strong Men of the show. For me, this was a highlight- if you only go to see this act, you won't be sorry!

The (almost) fully tattooed Stephane Bucheton from France is a former FMX Biker. Tired of crashing, he befriended the Infernal Varanne Riders who taught him to ride the Wall of Death. Swedish fire performer, Shelly Netzler, is Varanella, the Queen of Darkness in the show.

Though you won’t see him live, French actor Warren Zavatta is the Voice of Death in the show.

Both kids and adults will love this show, so don't miss it!

Cirque Infernal is on The Mandela Stage at Joburg Theatre from September 6th to September 23rd, 2018.

Performances are Thursdays and Fridays at 8pm, Saturdays at 3pm & 8pm and Sundays at 3pm.

Tickets are available at www.joburgtheatre.com or by calling 0861 760 670, or Webtickets.

Discounts are available for students, pensioners and groups of ten or more – these are available by calling the theatre directly on 011 877 6853.

There’s an age restriction of No Under 5’s.

Cirque Infernal is presented in association with People Magazine and Jacaranda FM.