Once again, the images comprise a triptych in which each section echoes and completes the other, weaving a narrative about a heroine whose multiple facets Nicolas Ghesquière wished to explore. The authors of this latest chapter are Juergen Teller, Bruce Weber and Square Enix, the Japanese video game and manga creator. Each one expresses a point of view about the muses of a new era.

The Heroine by Juergen Teller 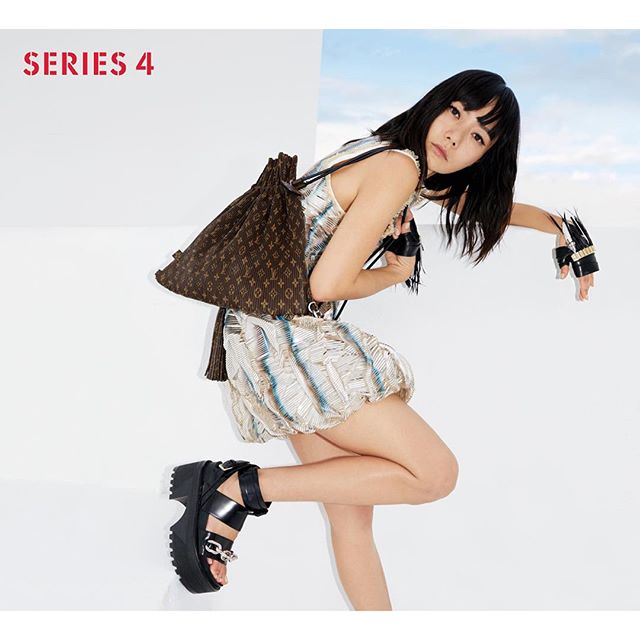 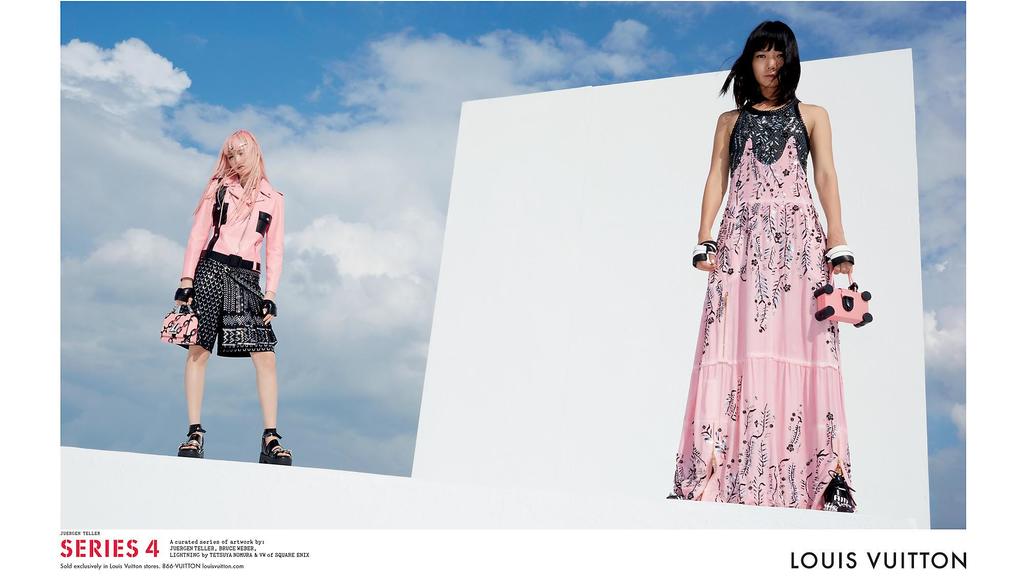 Against the pure, blue sky of Miami, Florida, Juergen Teller captures silhouettes that seem to levitate. Singular figures catch the light like a force that renders them even more charismatic. Among these is Doona Bae, Louis Vuitton’s new heroine.

“I discovered the Korean actress Doona Bae in the sci-fi action film “The Host”. I was struck by her character and mysterious beauty. All of her movie choices are quite particular:she flits betweenan archery champion and an accomplished boxer (in the sci-fi TV series “Sense8”), or even an inflatable doll (in “Air Doll”). I am fascinated by her gift for transformation, and I had her image very much in mind as I was creating this collection. She radiates strength and an artistic sensibility that corresponds to the values of the Maison.” – Nicolas Ghesquière

“I feel great whenever I wear Nicolas’ collections. We’ve become friends over the years. He has this uncanny ability to draw inspiration from the past, interpret the present and invent the future. I am deeply touched by his work and his flair for detail. I also love the way he interprets women. He creates for independent, strong and daring women who, thanks to him, can express both delicate beauty and fatal charm,” explains Doona Bae. 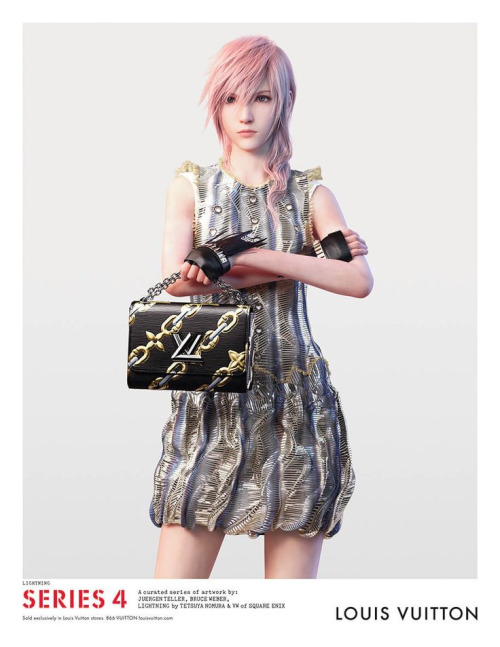 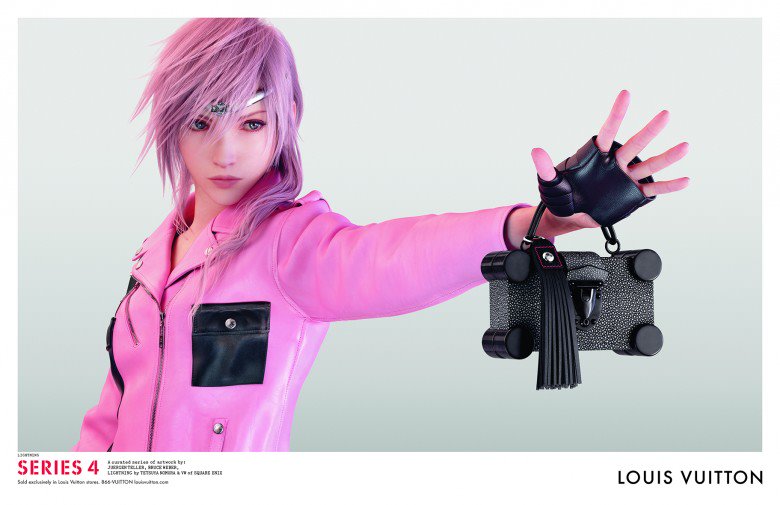 Her name is Lightning*, and she flashes through fabulous worlds in search of her sister who is being held captive. She connects with her strength and courage as she progresses through every rite of passage.

Lightning pushes the idea of the heroine even further. It was only logical that the Maison Louis Vuitton explores the infinite possibilities of the virtual world and asks this fantasy character to interpret the essence of a heroine.

Today Lightning, the heroic figure in “Final Fantasy”, the cult series of video games that have inspired more than 100 million players around the world, agreed to become a character in the Louis Vuitton galaxy. The Maison has always pushed the boundaries of reality, and dreams. Real, virtual, incarnate, metaphorical: Lightning is the fruit of Square Enix studios’ imagination, and she raises the question of immanence – that which takes place solely in the mind – in tomorrow’s world.

“It’s clear that the virtual aesthetic of video games is predominant in this collection. If we push the reflection about heroines, or what might constitute the nature of a woman whose actions can be so courageous that she becomes superior and iconic, it becomes obvious that a virtual entity integrates with the founding principles of the Maison. Lightning is the perfect avatar for a global, heroic woman and for a world where social networks and communications are now seamlessly woven into our life. She is also the symbol of new pictorial processes. How can you create an image that goes beyond the classic principles of photography and design? Lightning heralds a new era of expression.” – Nicolas Ghesquière

“My clothes were nothing more than armor to stay alive; “dressing up” was a concept I’ve never had. Perhaps that makes me an unseemly choice as ambassador. But this experience has opened my eyes. Fashion isn’t something you’re taught or given; it comes from your own taste and your own choices. It displays the essence of who you are to those around you. It makes me feel excited, a feeling similar to when I venture to unknown lands. Louis Vuitton is a new adventure―a new fantasy―that I will enjoy from the bottom of my heart.” – Lightning

The Heroine by Bruce Weber 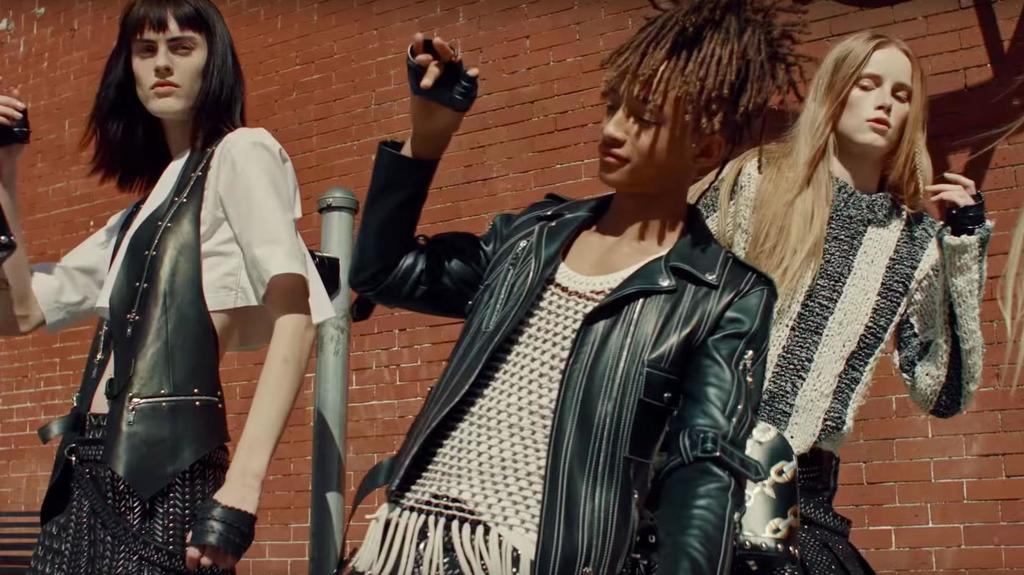 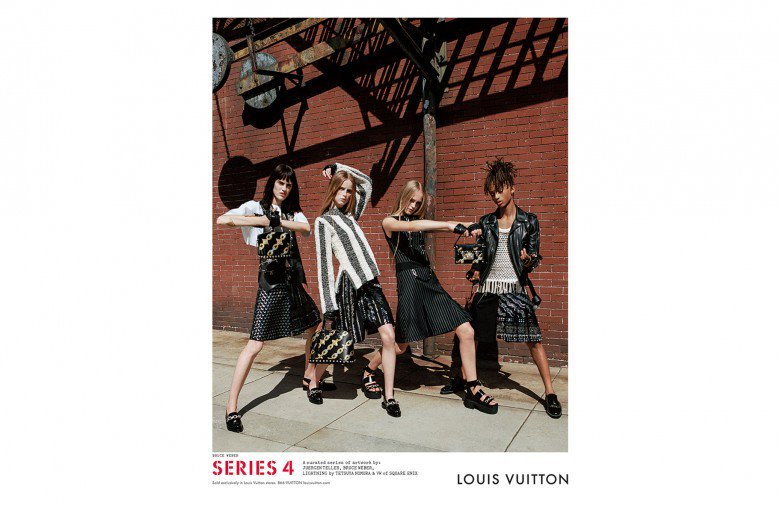 The heroine shot by Bruce Weber, known for his images that capture youth’s vitality, is truly multi-facetted. In Tampa, a timeless town on the west coast of Florida, a group of girls takes to the street with the haughty insouciance of an idealistic age when the world holds nothing but the promise of conquest.

Among them are Jaden Smith, the young hero of a new generation that worships stylistic freedom.“Only Bruce Weber can capture the energy of a group and orchestrate it in vibrant harmony. Why does Jaden Smith star in this campaign? He represents a generation that has assimilated the codes of true freedom, one that is free of manifestos and questions about gender. Wearing a skirt comes as naturally to him as it would to a woman who, long ago, granted herself permission to wear a man’s trench or a tuxedo. Jaden Smith conveys something very interesting about the integration of a global wardrobe. He’s found an instinctive balance that makes his extraordinary attitude a new norm. That really inspired me in the creative process for this collection.” – Nicolas Ghesquière

The advertising campaign for the spring-summer 2016 collection will be unveiled in the January 2016 issue of magazines worldwide and will be accompanied by two films created by the campaign’s two photographers, which will also be available online and on the Louis Vuitton Pass application.