The photographs make you look twice. First because they are pretty, stylized shots, speaking the language of fashion photography, and then again because of their setting.

Pimville, Kliptown and Orlando in Soweto, Alexandra are not usually names that conjure the hipster lifestyle, freedom, beauty, or high fashion. It’s crazy that…

The sparklers at the heart of the Diamond Jubilee Sophia Loren is looking at me. And she is entrancing. An extremely realistic portrait of her by Brazilian artist Vik Muniz – created by the arrangement of around 3000 thousand glittering loose diamonds photographed on a page – hangs in De Beers Headquarters on London’s Charterhouse Street. 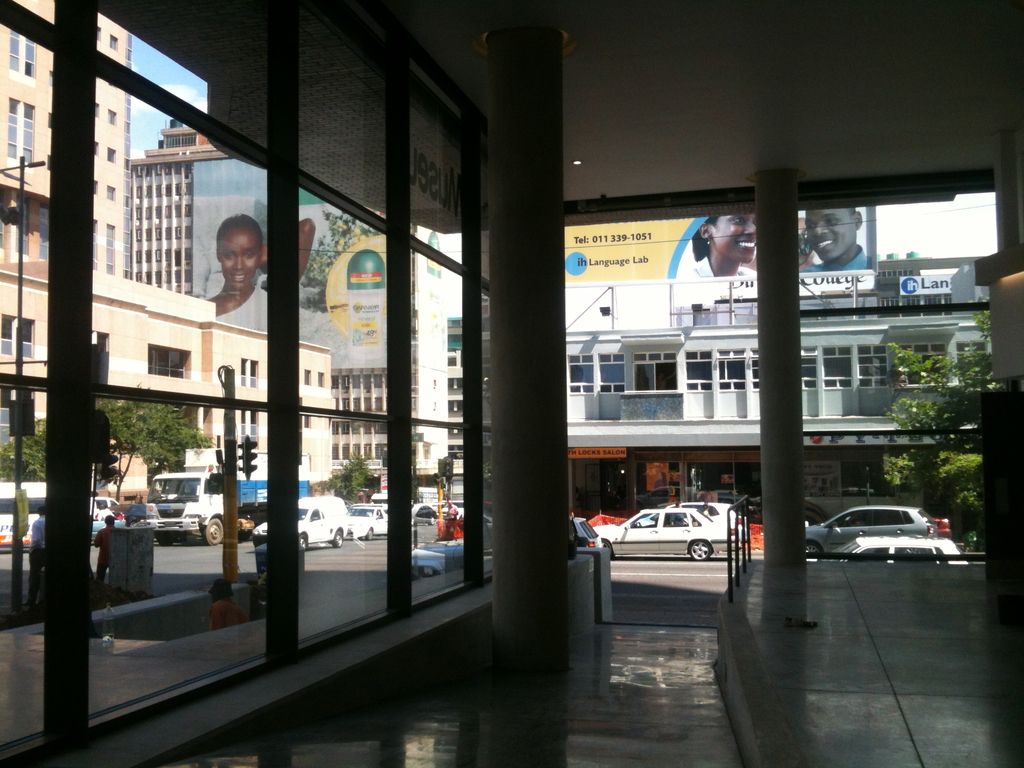 It's taken 11 days but I am officially ready to start 2012. It's a Joburg thing - from December to January the city's heartbeat slows, in preparation for the crazy pace that will follow for the next 11 months. (If we are going to end the year by throwing fridges out of high-rises some contemplative time will be necessary)

This year will be no different… 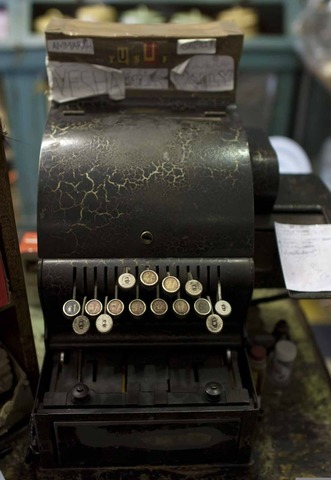 “What’s your top seller?” I ask Fatima Nanabhay of the African Music Store near Diagonal Street in Joburg’s city centre. “The goat bells,” she says. At R14 a piece they fly out the shop. Cow… I am taking the Banksy view on this

I am trying to work out the hierarchy of Joburg's street people, prompted by my ongoing fascination with who is outside my car window. This is Joburg and the cast is carnivalesque, a constant reminder that no matter your state of privilege there is no getting away… 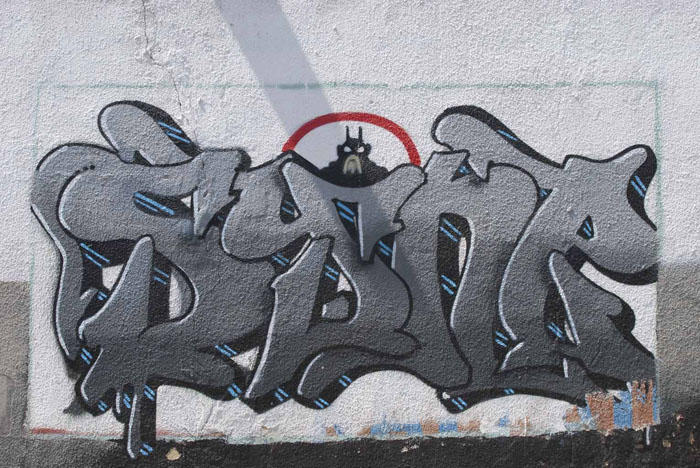 The unofficial public art in the city - District 9

Taking a walk in Joburg’s inner-city city may just surprise you for all the right reasons... [The brilliant photos are by Wesley Poon]

Ask anyone who lives here to…

Straight out of Benoni - A Postcard a day from Gauteng 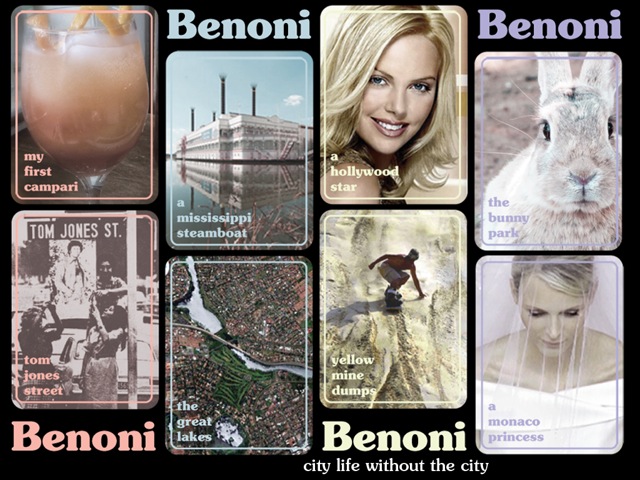 Nothing to do but punt the app (available for all your Apple and Android devices so download it now) created for Gauteng Tourism by the uber-talented super smart, and my most favourite, T-Shirt designer Bradley Kirshenbaum of Love Jozi (and co-creator of one of the city's other…

Joburg to Hatfield by Gautrain 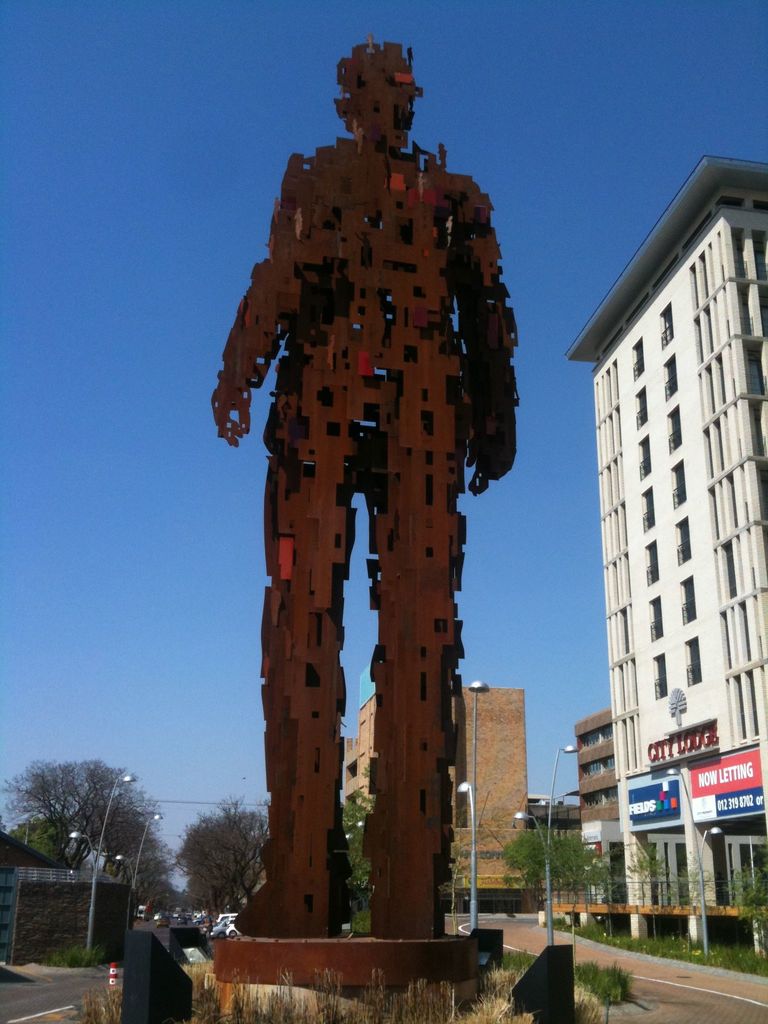 Marco Cianfanelli's Urban Man, Hatfield
"This is Mr Matthews your train driver. Sit back and relax. The weather is sunny, the ride is sweet and everything is Ayyyyyyobbbbba (Drawn-out… 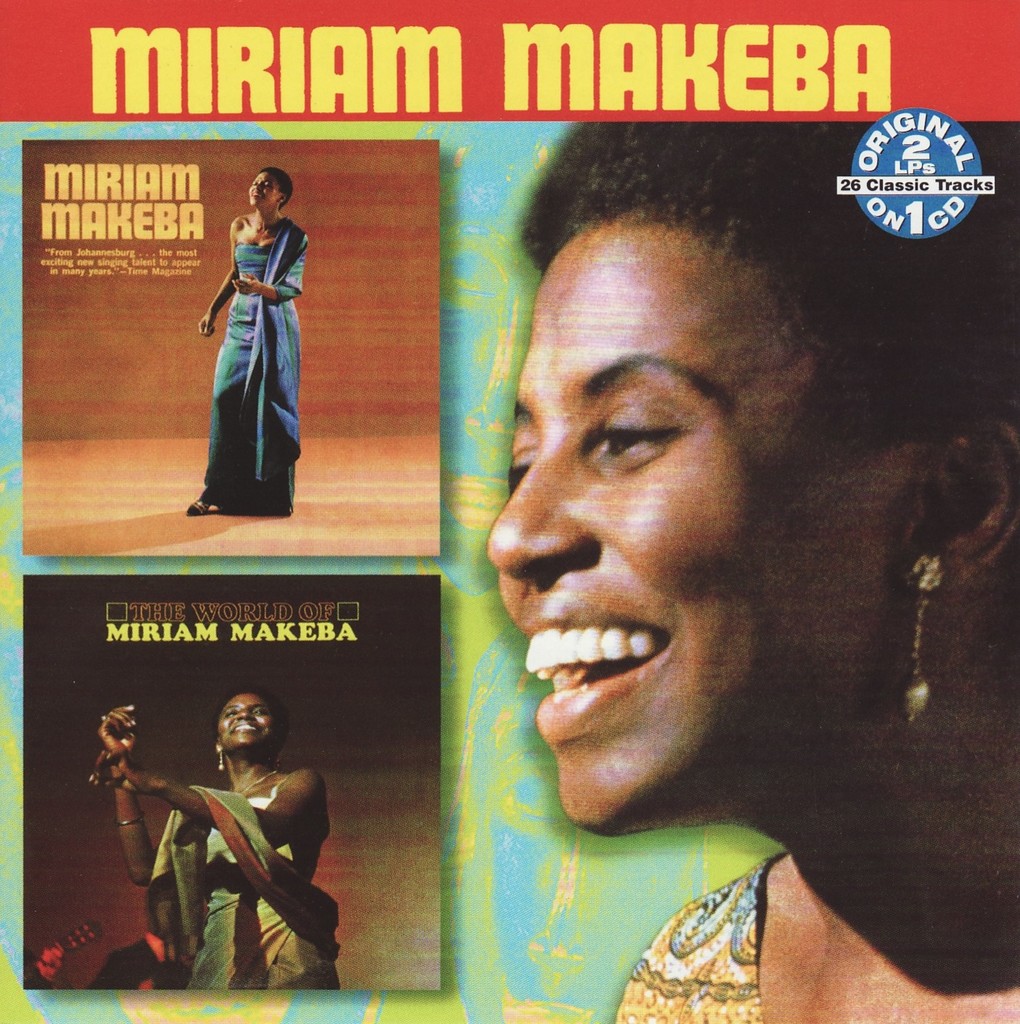 Absolutely loving the reminder and remix (not so sure about that club version) of Miriam Makeba's Pata Pata by Milk & Sugar "Hi-a ma". A beautiful day in Joburg - sun shining, sky is blue - and it's a good way to keep your mind off today's news which includes the passing of the visionary Steve…

I was shot in Joburg 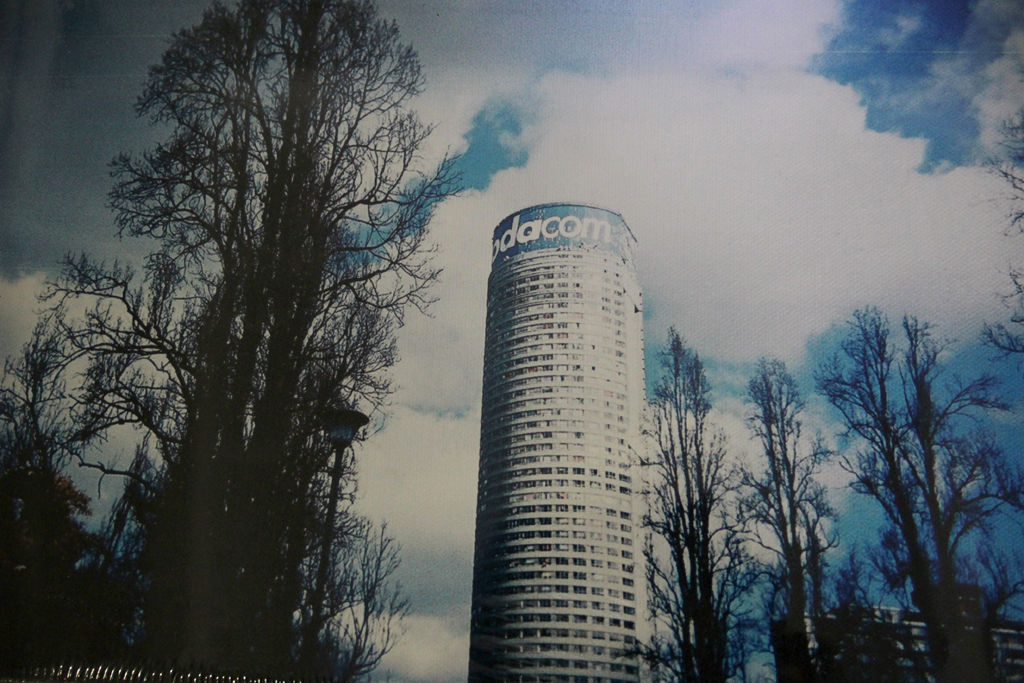 It sounds like a Hollywood script. A Joburg architect on holiday in Cape Town commits a misdemeanour and gets sentenced to three months community service. Not wanting to have to return to Cape Town he proposes to the court that he contribute to a community closer to home. He comes up with the idea to work with a children’s shelter to train youngsters in how to take photographs with… 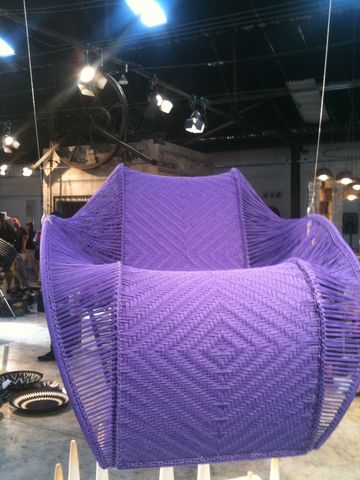 It’s the Art Fair. I don’t usually blog pre- an event, preferring to experience it for myself before I tell anyone it’s worth doing. But the FNB Joburg Art Fair is a sure thing. Opening night (by invitation only) happens tonight and then from Friday morning until Sunday afternoon there’s art and more art, framed and named, performances, appearances, talks of all… While Julius Malema was not celebrating a victory after the contentious hate speech ruling delivered yesterday we were at the Troyeville Hotel dinner and book club listening to Fiona Forde, the author of his biography, in conversation with …

Waking up in Braamfontein – Hotel Lamunu and the NeighbourGoods Market I’m calling it. All that energy and moolah invested in Braamfontein got a little closer to paying off this morning with the opening of Cape Town’s favourite Neighbourgoods Market in Braamfontein. But before I talk about that let’s rewind… The week stared with an invitation from Southpoint Hospitality for an overnight stay at its…

Marie-Claire, Bryanboy and me Skyline Gardens, Braamfontein. The photo is from SouthPoint Hospitality

Thursday night I spent surrounded by Joburg’s fashion set at the Marie Claire Prix D’Excellence del la Mode 2011, which if my French serves me (until now… It’s reassuring to know that there’s a name for this condition. Among its symptoms are thinking that every cloud formation is worthy of a photograph, and every amusing sign or artfully arranged plate of food deserves to be captured, shared and… Saturday morning we joined a walking tour of Joburg’s inner city. “Through the lens: 125 years of Johannesburg photography” was a fascinating trip through the city’s history using collected photographs as a guide. A city walk takes on new meaning when you take its history along…

The last time I wrote about artist Willem Boshoff I called him a messianic bergie, and I meant that in the nicest possible way. Last…

Don't miss Dialogue in the dark at Sci-Bono in Newtown Take a look at the square above. What do you see?

Now take another look. And then imagine that’s all you can see. It’s a tiny taste of a riveting exhibition currently running at Sci-Bono Discovery Centre in Newtown.…

Until a few Sundays ago the biggest find in Culllinan was the 3106 carat diamond discovered there in 1905. No doubt much has happened since but I have no idea what it is. On a sunny winter’s morning we made our way to the area north-east of Pretoria now known as Dinokeng, chasing a tale about brilliant Greek food. There is no limit to how far I will travel for a great meal. Add to that – on a winter’s day Pretoria and its…