The smart person’s executive sedan, the IS 300h Lexus. 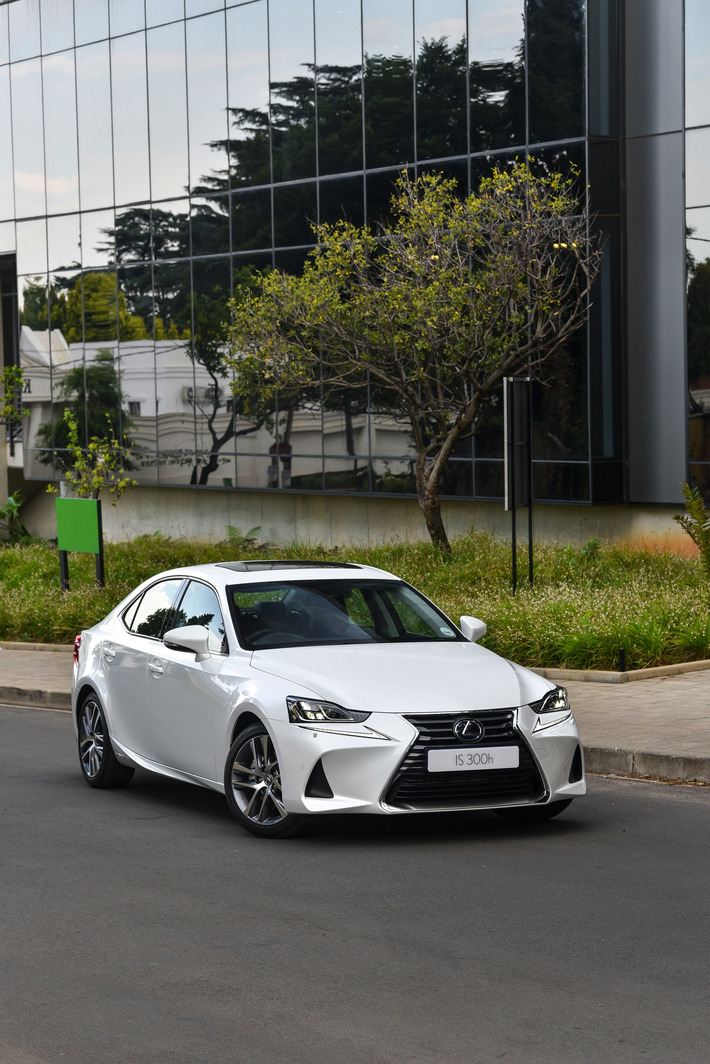 The Lexus brand, like the Volvo brand (in my opinion), makes premium executive cars that are purposefully different.

Less interested in following the herd, whose pack leaders fight out who is the Alpha of the pack, Lexus focus on looking forward through their own rose-tinted glasses. In the hybrid world that would be blue in shade rather.

The IS range isn’t new, albeit it was refreshed recently, introducing a hybrid motor to the range and other improvements. Lexus doesn’t produce diesel motors like their competitors. Their focus is petrol and hybrid petrol combinations which is the future. In many years’, diesel motors will become redundant. Being a hybrid there is a battery motor, too. A 650-volt permanent-magnet, synchronous electric motor, producing 105kW of maximum power.

Unique to the Hybrid model is a CVT gearbox that’s well suited to its serene nature.

Don’t get too excited about the combined power of the two motors. Although it would seem like there is over 200+kW available, the actual combined power output of the IS 300h is therefore rated at 164kW, but its (claimed) carbon emissions are what’s most impressive:  104g/km. Essentially, it’s light on consumption and emitting a low level of carbon. As with all Lexus self-charging hybrids, the IS 300h can be driven in petrol-electric or pure electric (EV) modes at slower traffic speeds.

If safety is a major consent for you, the IS 300h SE is fitted with Lexus’ Safety Pack+ which includes the following items:

Lane Keep Assist: Designed to recognise when the vehicle deviates from its lane (to all you lane-changers that don’t indicate). The system will self-steer the vehicle safely back to its ‘correct’ path. Lexus says this only works at very low vehicle speeds though.

Pre-Crash Safety System: Like Pre-Safe in a Mercedes-Benz, this system is designed to detect the risk of an impact and operating in unison with warning and braking systems, aims to lessen the damage sustained in a collision. It analyses data from a forward recognition camera and radar sensor. If it determines that the possibility of an accident is high, pre-crash warning control and pre-crash brake assist control are initiated. If a collision is imminent, pre-crash braking control will be engaged - to help reduce the impact of the collision or help avoid it.

LED Headlights with Auto High Beam: the headlights feature LED tech. An Adaptive High-beam System provides optimal lighting, giving finer control of lighting strength and distance, allowing for the car to be driven for longer on high-beam without dazzling vehicles ahead or oncoming traffic.

Adaptive Cruise Control: The car’s front-facing radar and camera are also used to provide Adaptive Cruise Control. This system can help you maintain a safe distance from the vehicle in front. Once the way ahead is clear, the IS will automatically accelerate smoothly back to its pre-set cruising speed; if the car has been brought to a halt, you only must press the accelerator briefly to reactivate the system.

The interior feature soft-touch leather with arguably the most comfortable seats in the business. Pleasantly, they are both air-cooled and heated adding to their comfort. There is a new high-definition dash-mounted screen that’s 26cm in size. Operation of the cars information system is via a hand-modulated mouse control that somewhat irritating to use. 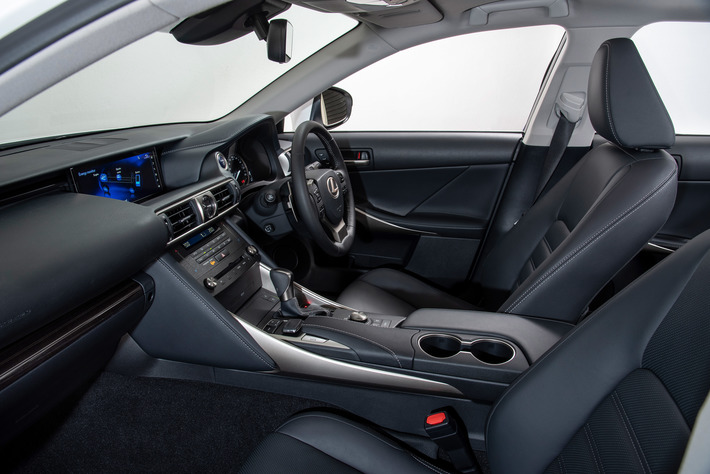 The highlights of this model are its outstanding levels of comfort, quiet refinement and real practicality of its hybrid. As an example, I kept my time with the car mostly in a heavy urban cycle yet recorded a fuel consumption of just 6.4-l per 100km.