Remember the American movies that feature an all-American family? The dad is a sporty, adventurous type and a bit of an alternative. You know what I’m talking about - he makes inappropriate jokes that only he laughs at and loves sharing nature with his kids, who don’t seem to share in his enthusiasm. But he is a very cool character. His eccentricities make him unique.

As part of his fun-loving nature, he needs a car that suits his personality. He is very brand loyal. So are his friends - birds of a feather flock together. They all drive Subarus and partake in regular CrossFit sessions. 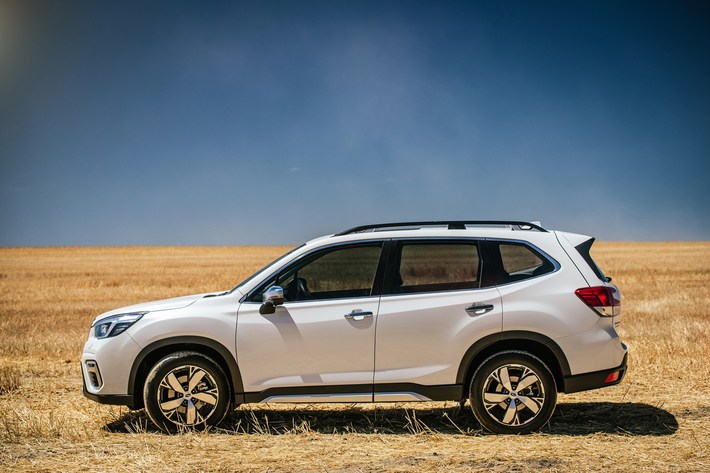 Dial back a few years, before his kids, he was seated in a WRX. Now a dad, he’s moved on to something more practical. Enters the Forester SUV.

Now in its fifth generation, albeit similar looking to the outgoing fourth generation, Subaru’s family wagon is all-new and the best version of itself.

Visually, the new Forester looks like a block of granite that’s been strategically chiselled to reveal masculine square lines distinctive to the Subaru brand DNA. The most noticeable change to the Forester’s look is its rear light clusters - now more aggressively designed than in previous models. This aids the rear’s overall aesthetic.

The rest of the exterior is true Subaru yet garnished more than ever with modern chrome and silver detailing that smartens up this capable SUV’s looks. 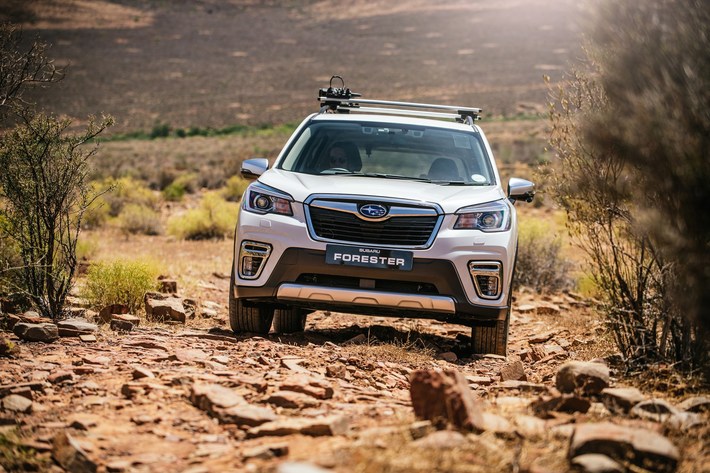 Being a new and family-focused vehicle practicality, safety and modern features are paramount to the new Forester.

The interior space is flawless. The ceiling is very tall, offering Popemobile-like glass visibility - even a giant rugby player will have adequate head and legroom. This SUV also offers proper seating for five adults. There is a cavernous boot that easily converts to a massive loading space for carrying almost anything - all at the click of two buttons in the boot.

There are loads of cup holders and storage bins, clipping hooks and non-visible storage. Everything is well thought-out and easy to use. The Forester scores top marks for practicality. 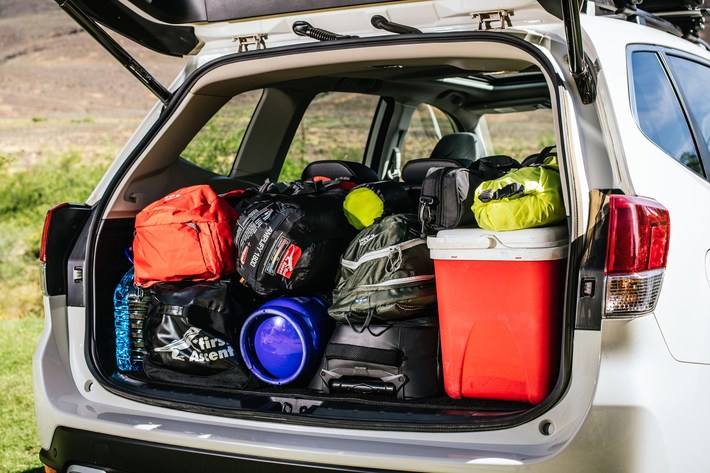 The cabin is more of a revolutionary versus the exterior’s reprise of familiar DNA. Now more upmarket than before, the cabin uses a variety of soft-touch plush materials. Their unique textures add to the Forester’s ambiance.

The centre console features two information screens. The top screen is smaller; at eye level, giving economy-relevant information like consumption amongst others. Information adjustments are run through the car’s steering-mounted controls.

The second screen is much larger - 8 inches. It is touchscreen operated allowing for AppleCar Play and Android Auto. It’s easy to use and does what you’d expect. Navigation is included, too. The new Forester is a true Subaru – you get that brilliant, symmetrical all-wheel drive system. A 2.0-l naturally aspirated Boxer engine allows the engineers the ability to fit the engine lower in the engine bay. This lowers the car’s centre and improves its handling dynamics. The Subaru brand prides itself on offering safe yet dynamic-to-drive cars. The Forester is no exception.

A highlight of the Forester is its ride quality. This, coupled with good insulation, makes for a tranquil environment. The engine isn’t particularly mind-blowing. Don’t get me wrong, there isn’t anything wrong with it and it’s probably as reliable as your best friend.  With 115kW/196Nm on tap, the Forester hits 100km/h in around 10.5 seconds – adequate but rapid. Like all automatic Subarus, the brand uses Continually Variable Transmissions (CVT). Apparently, they save fuel, but I’m not sure about that as I recorded figures over 11-l per 100/km in an urban driving cycle.

When you compare the Forester to its competition, one must consider its attributes. The Forester is arguably the most capable within the flock. Ground clearance and a dial-in off-road electronic system allow the Forester climbing feet to be rivalled with. So, the question begs: are you like the cool “off-the-wall” parent I began my review with? If so, the new Forester is for you.

The Subaru Forester comes with a 3 year/75 000km service plan.