The better equipped and more robust looking, the i20. Now half way through its current lifecycle, after its launch in 2015, the i20 has been refreshed.

Generally speaking, mid-life facelifts enhance a product range. The enhancements to the new i20 could objectively be considered improvements on an already outstanding product.

To make the i20 more appealing, the front now features redesigned front bumpers, including the cascading grille that is wider and more angular on the Motion and Fluid models. The rear of the i20 Motion, Fluid and Active also have updated bumpers that add a crossover feel to the i20 and rear combination lamps, creating a bolder look. The tailgate has been reworked to integrate the license plate. Less neat and now more robust. Visually, the i20 has been aesthetically improved with new 16-inch alloy wheels.

There is a new Active model that acts as a faux crossover. It has a different grille and fog lights, with silver cladding on the matte black front and back bumper that indicates its active nature. It also boasts a higher ground clearance for the odd dirt road excursion. Roof rails have been added for the likes of a bicycle or camping gear.

The new i20 Active distinguishes itself from its Motion and Fluid siblings by red or blue colour trim (depending on the exterior body colour) around the air vent, gear lever console and gear knob. The Active’s seats also boast colour inlays to add to its bolder nature. 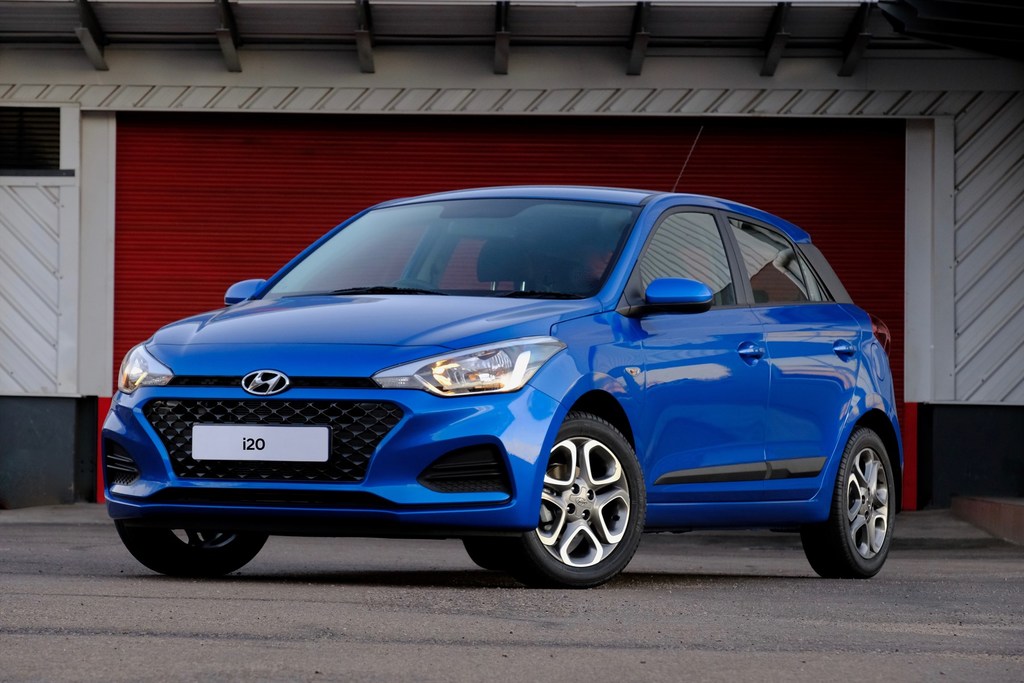 The i20 now comes in 6 distinctive colours for the exterior: Fiery Red, Marina Blue and Sleek Silver, as well as Passion Orange, Star Dust and Polar White.

Open up the i20, and you’ll notice that the dashboard now includes an infotainment system in the middle console. The system integrated seamlessly via Bluetooth with my smartphone. The infotainment system – a standard feature across the range – also boasts quality sound through its four speakers that can be customised by the equaliser on the new seven-inch touch-screen display. You’ll find a USB charger as well, so passengers can recharge their mobile devices, while it also acts as an alternative connection to the music sound system when Bluetooth is not used. Additionally, an AUX cable port is provided. 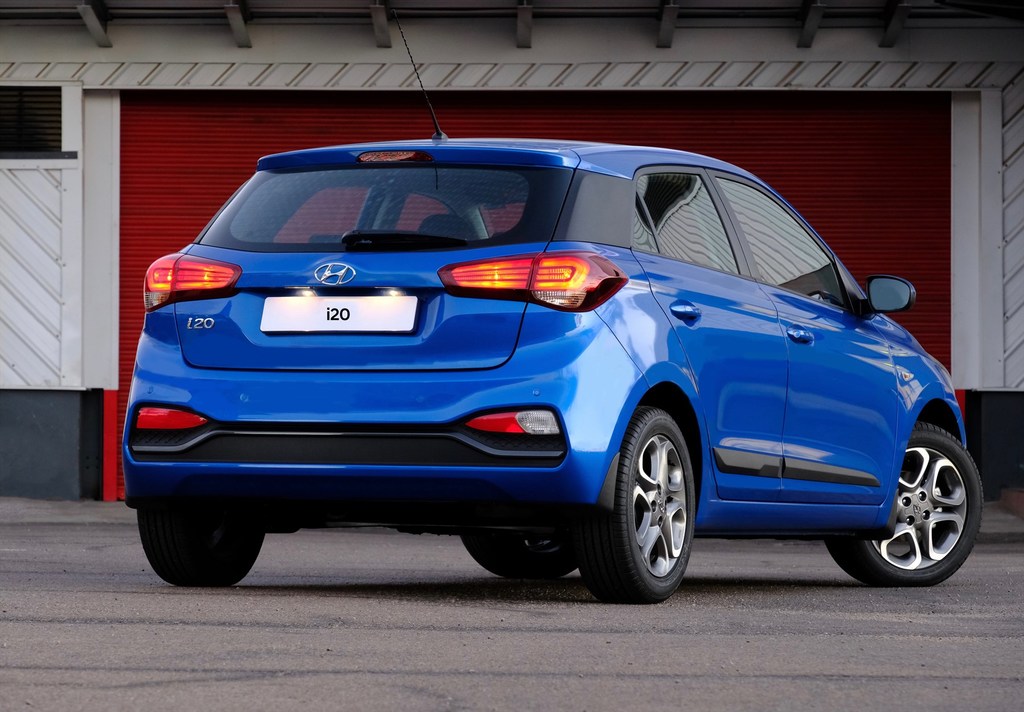 If you need a navigation system, there is an optional SD memory card for R2 500 which enables this function on the infotainment. A cool feature across the board - all derivatives have glove box cooling by the air conditioner. 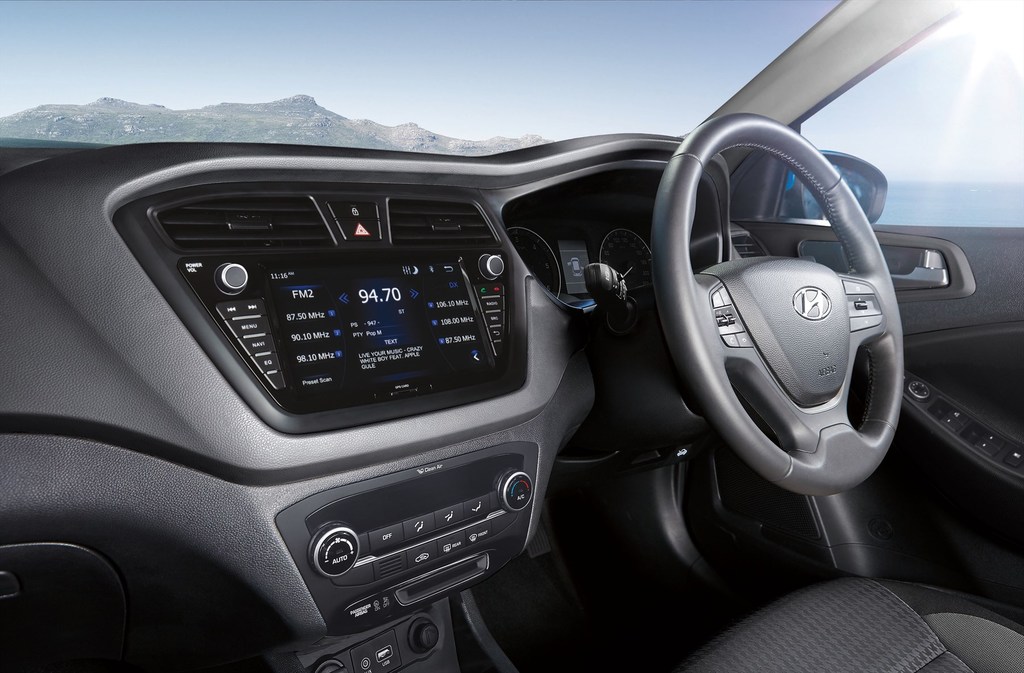 On the road, the i20 feels incredibly well insulated and refined, to the point where it rides like a larger and more expensive vehicle. Supple and compliant are an apt expressive. The suspension geometry has been tweaked to increase the feeling through the steering wheel, which, to be honest, isn’t much and improve the i20’s handling characteristics.

The i20 functions like a laidback friend. It is effortless: steering is light, swapping gears feels like popping the seal on the French caramel custard, Flanby. One light flick of the wrist, and voila! The next gear is engaged. Controls come easy to hand. It’s just so forthcoming in its way. 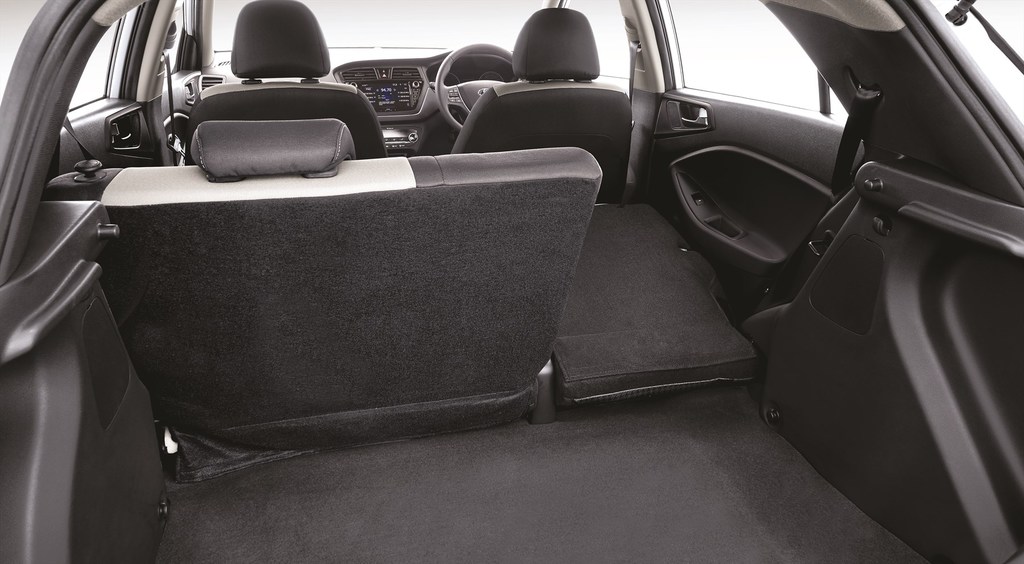 The i20 isn’t a driver’s car. It is not going to get your juices flowing in the morning either. Rather, it’s benevolent in a way that’s reminiscent of a loyal dog.