The all new Mercedes-Benz C-Class 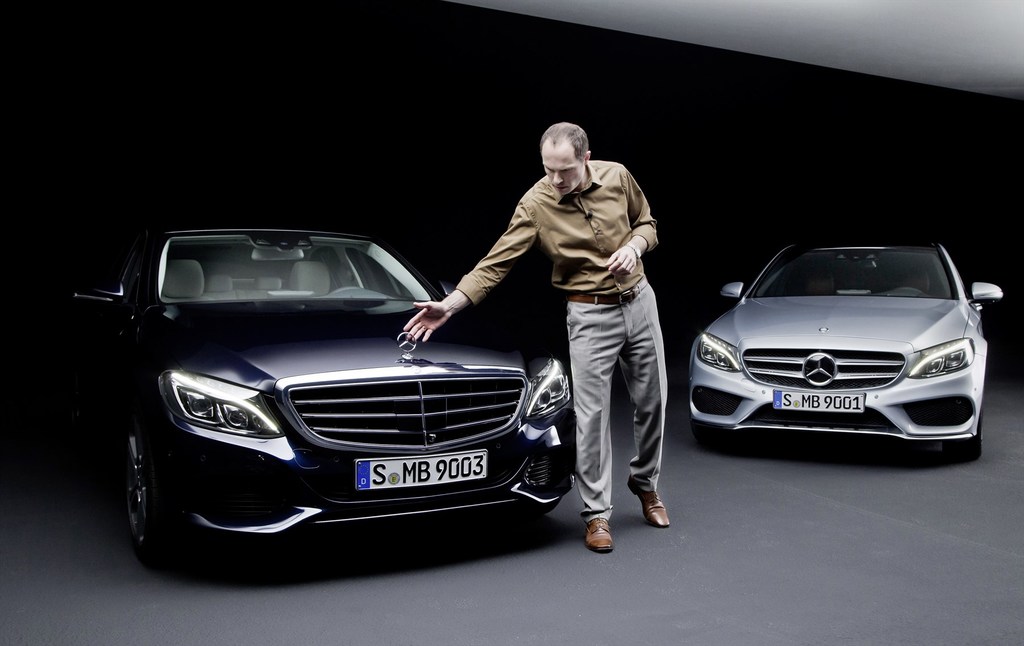 The definition of a compact and executive luxury sedan just got redefined. Mercedes-Benz has a history of 125 years of mastering luxury sedans and during this period, sometimes redefined it- especially if the Mercedes in question is or was large.

In the early 80’s, Mercedes-Benz was smart enough to add a downsized sedan and launched the origins of the first C-Class, the 190E. Almost as if they had a crystal ball, looking into the movements of global stocks and the rollercoaster ride of the oil price, they knew what customers would eventually buy or could afford. Or a keen eye on BMW, who launched their 3-Series in the mid 70’s, which doubled their sales in just three years. Today 50% of all Mercedes sold globally are C-Class’s, making it the brand’s bestselling car.

Fast forward to 2014, and Mercedes-Benz presents their fifth interpretation of compact yuppie transportation. It would appear that the C-Class is right on trend, and like many of us, also on a Banting diet, having shed a whopping 100kg. Albeit lighter, due to advances in materials like aluminium, it’s also bigger. Apparently we (us human beings) are getting bigger - it must be the hormones in the food and the fluoride in our water system? So to accommodate our girth, the C-Class just got longer, wider and taller. 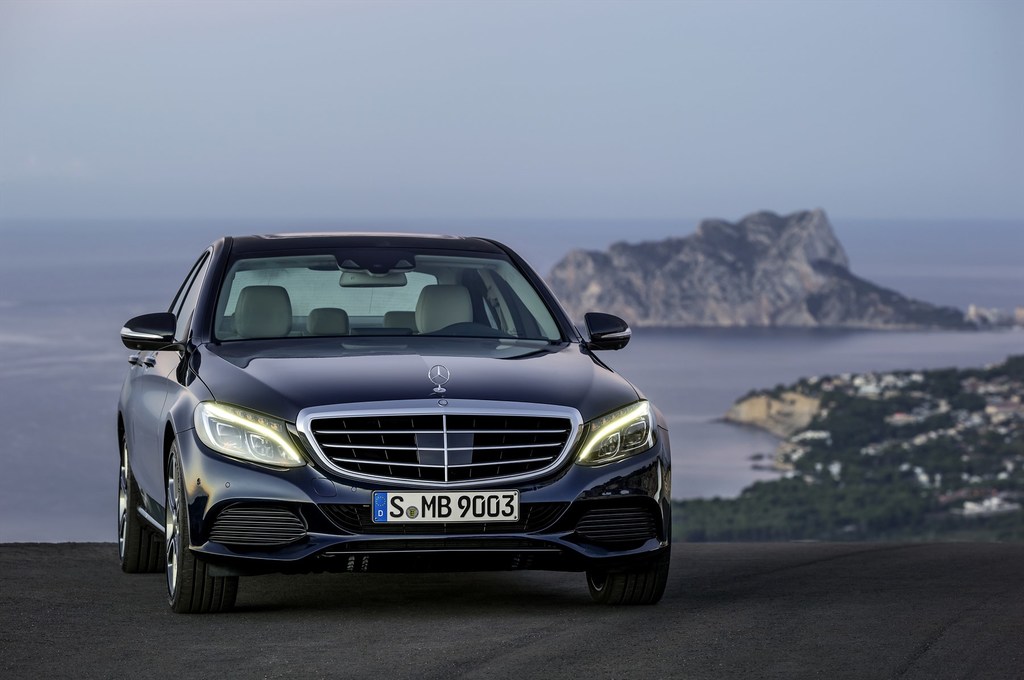 So does being bigger mean its better?

At the local launch last week, at C-Class World in Woodmead, the media were taken through a lifestyle emporium, with each room highlighting the dynamic aspects of each part of the new car. Not only bigger and lighter, but now more refined, more comfortable and up to 20% more economical over the outgoing model. It is altogether vastly better than the car it replaces. It’s attractive in many ways and it’s the very best of the Benz brand and up to the challenge of taking on its competitors. 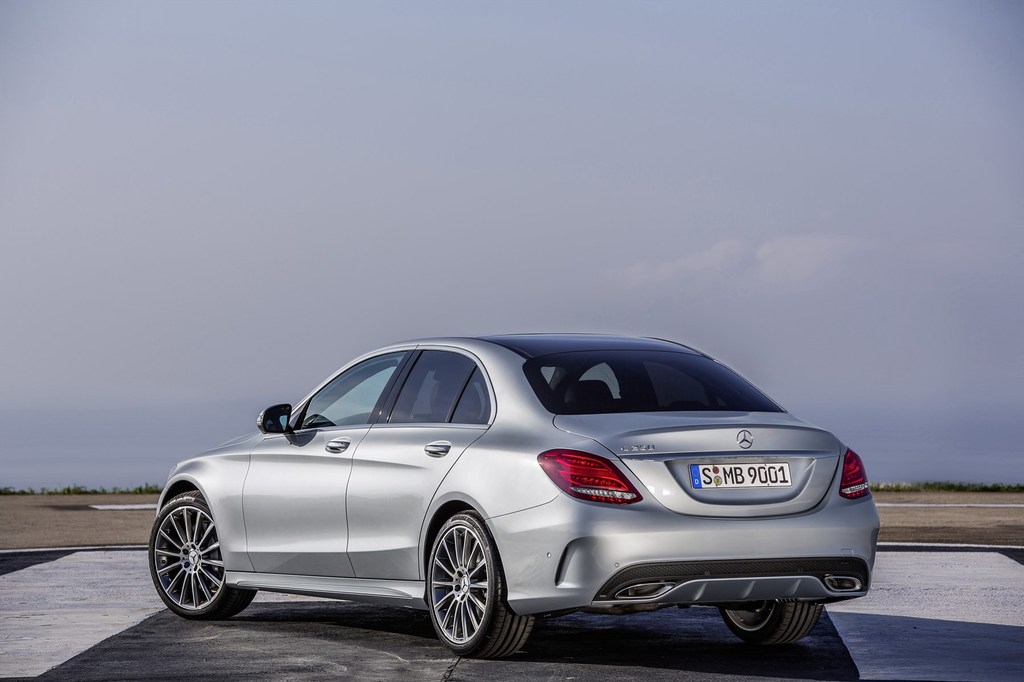 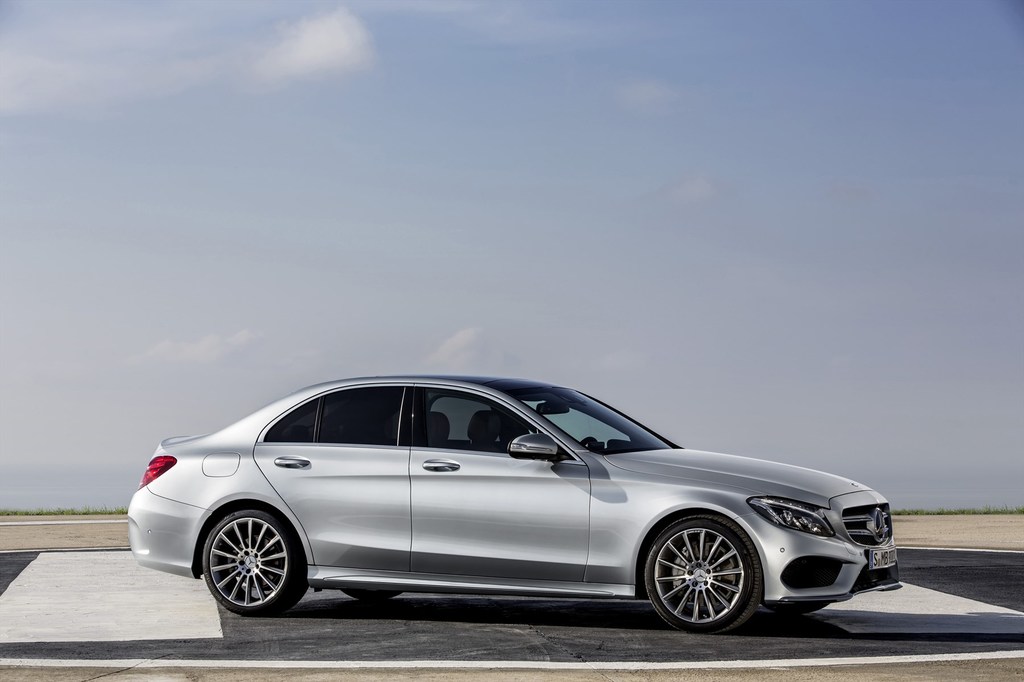 The new C-Class is a customiser’s heaven. Forget picking your paint colour, mags and interior colour, those days are over. Enter a new era of car shopping, enter C-Class World. Browse the Mercedes-Benz site and immerse yourself in an abundance of choices: The front grille (either the avant-garde sporty centre mounted Mercedes star or the S-Class look alike classic bonnet mounted star emblem), the bumpers (either classic, avant-garde or AMG design orientated), the mag wheels, the interior trims (classic, avant-garde or AMG with a variety of colour choices) and a plethora of electronic gadgets that will have you scratching your head with their autonomous ability. But many of these choices don’t come free and really aren’t essential, you’ll be juggling your balance sheet to add these optional extras to your C-Class to make it a mini S-Class. 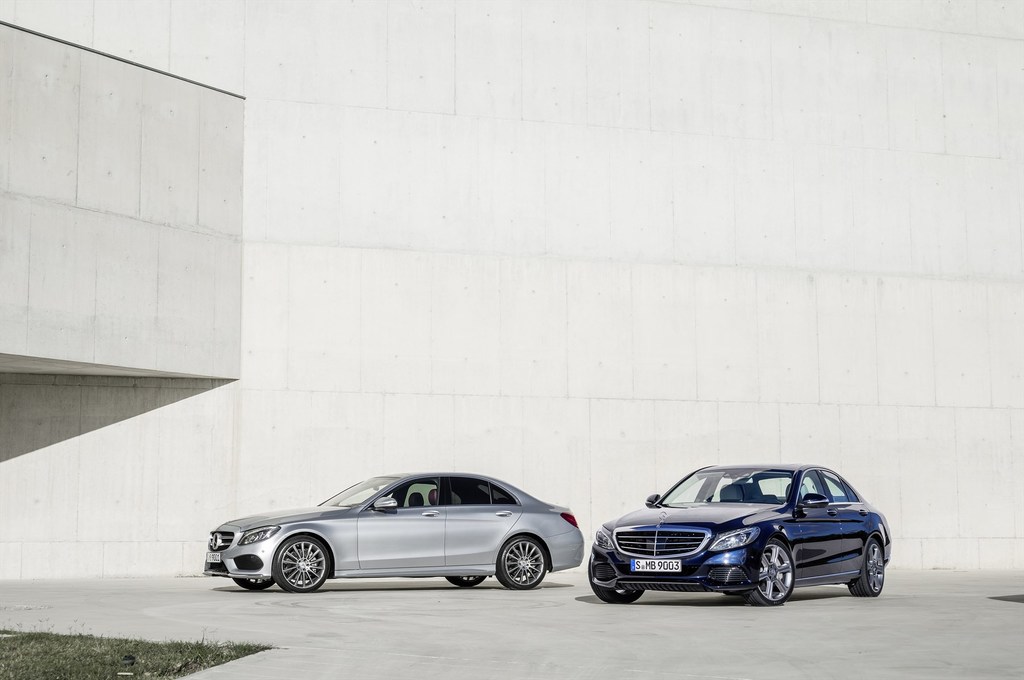 A highlight of the launch was focused on safety. It’s near to impossible to be a jack of all trades and master of all, so the C-Class’ focus is on its leadership skills on comfort and safety. Its larger S-Class sibling is an icon for its advances in pioneering technology. Priced between R1.2M and R2.8M, you would expect the very best and that is exactly what it’s about. For the first time these outstanding guardian angel like safety features are now available on a C-Class.

A day at the track allowed us to fully experience these features. The first is a system that automatically parks the car. All the driver is required to do is allow the car to use its sensors to measure either an ally docking or parallel parking bay. Once it is done you allow the car to do the rest. It’s a hands free autonomous situation with only minor foot movements required and voila your car is parked perfectly. 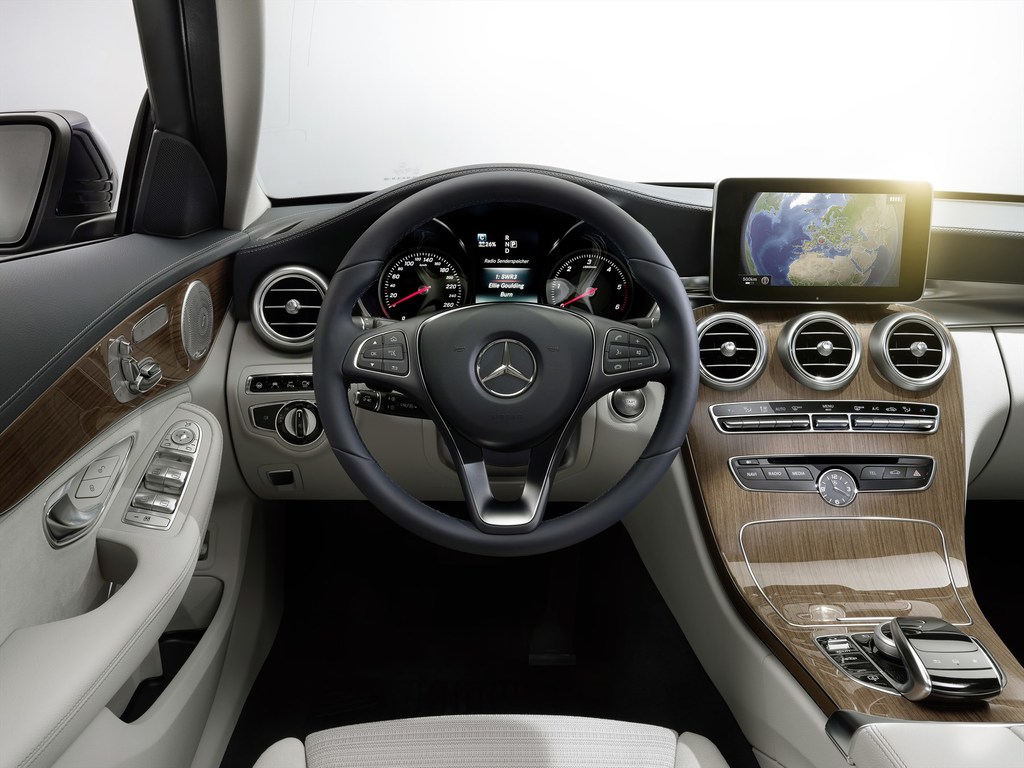 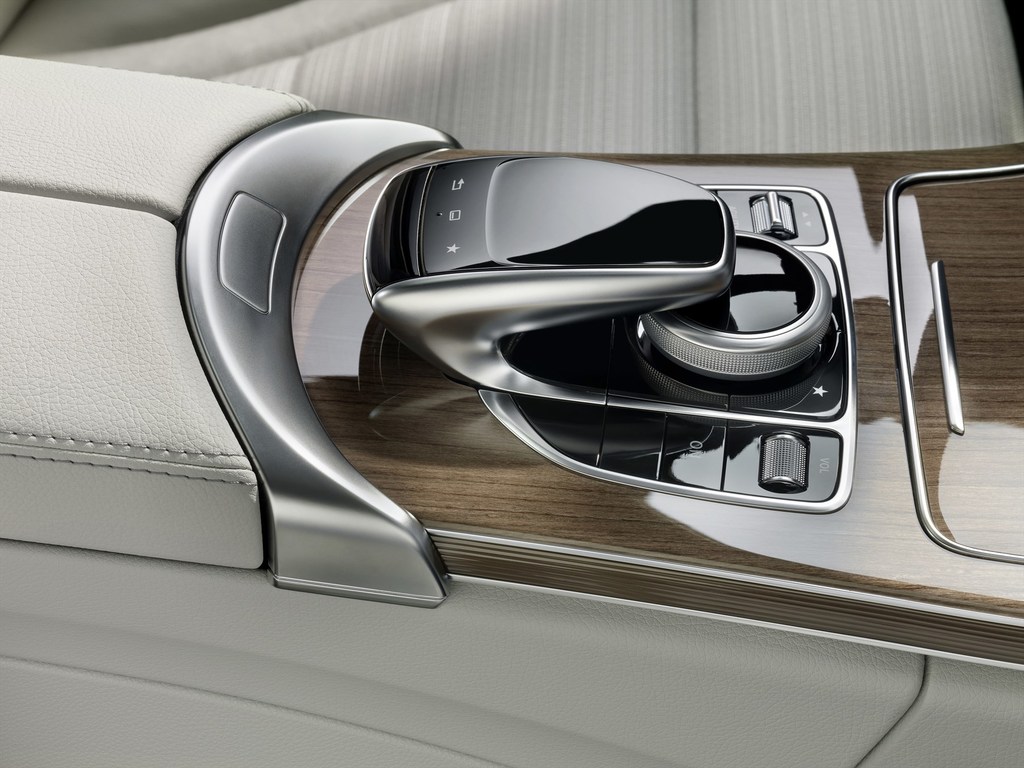 The second nifty lifesaver monitors other cars that fall within its radar signal. If required for the prevention of a side-swipe or rear end collision, it uses the system’s breaking and steering system to prevent an unforeseen accident. The C-Class detects the inevitability of a rear end collision either because the driver is not paying attention or the car in front is breaking for an emergency. Initially the car will apply 40% of its breaking force with an audible signal. If the driver still doesn’t intervene, it will apply 100% of the breaking force to stop the car. We experimented on the track several times and it worked flawlessly every time.

To prevent side-swipes, radars detect either a passing car or your meandering into another car’s lane. The autonomous system allows the two cars to get within centimetres of each other, and just before impact it will rotate the steering wheel up to 18̊ and apply the opposite side’s front and rear breaks to separate the two cars enough to prevent the accident.

The third feature keeps an eye out for roaming pedestrians. Either they don’t see you or you don’t see them, but the cars active safety system does and once it foresees a problem intervenes. Initially it applies the breaks with 40% of its force and issues an audible warning. If ignored it will apply full breaks to prevent or at least dramatically reduce a sever strike.

These safety features are part of an optional safety package and will worth considering even though the cost is approx. R30K. 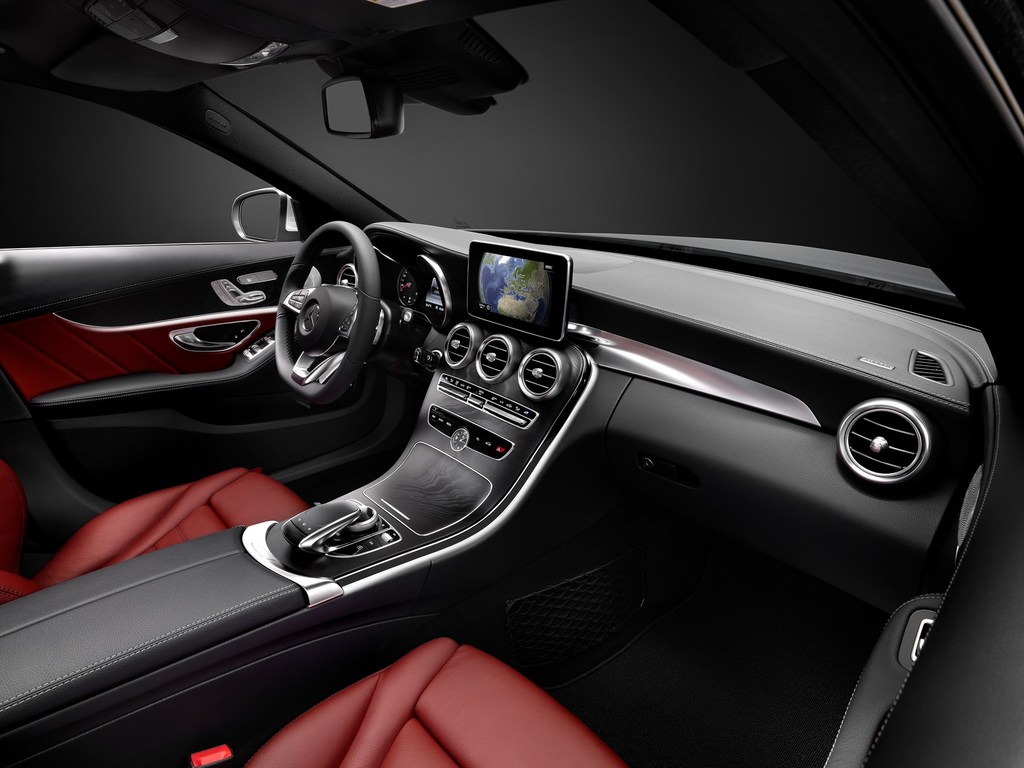 Floating on a cloud

If you order your C-Class with the 7-speed automatic gear box you get the added bonus of a system called ‘Agility mode’, which allows you to dial between five different driver modes – Eco, Comfort, Sport, Sport + and Individual, which uniquely adjusts the feeling and output of the engine, steering, suspension and the automatic gearbox.

This coupled with an all new suspension system, makes driving the C-Class an ethereal affair. Dynamically it’s a sharper and more honed ride too, but if you want a flawless ‘floating in the clouds’ kinda ride, the C-Class can be optioned for R13K with AIRMATIC air suspension. 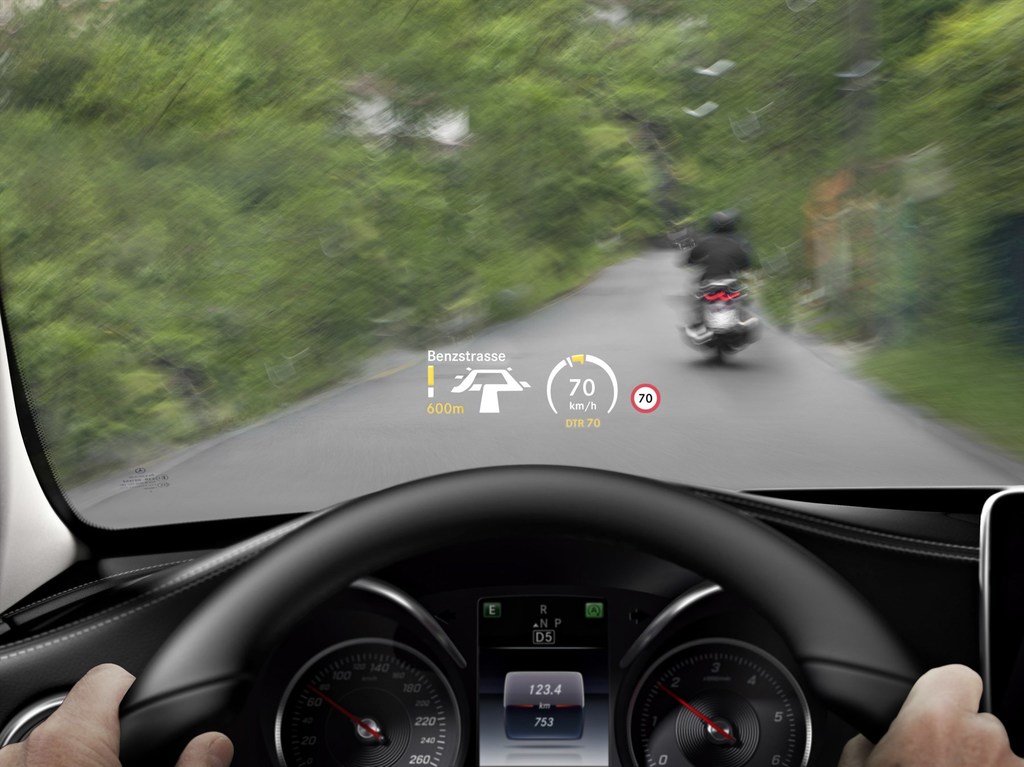 The sordid topic of coin

The question you are all asking – how much is it?

These are the opening power plants of the fifth generation C-Class and I expect the notorious C63 AMG to soil the C-Class’s good boy image, and leave you smiling with its massive amounts of power.

The C-Class is now at a Mercedes-Benz dealer near you. 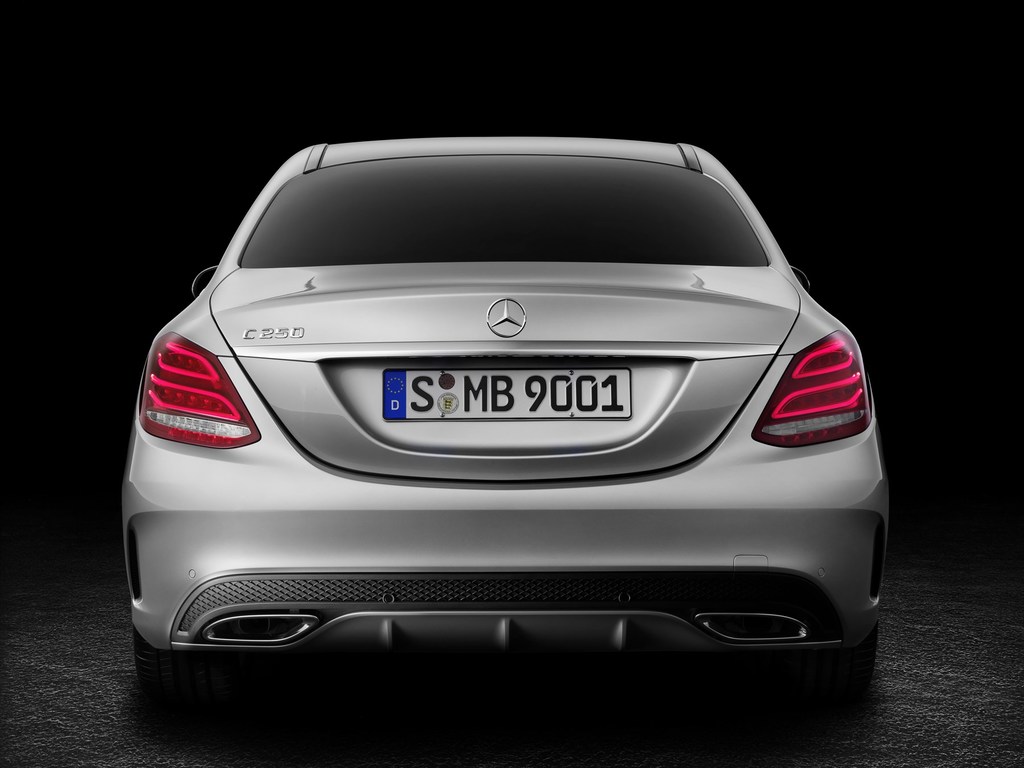