passion of the plunge* 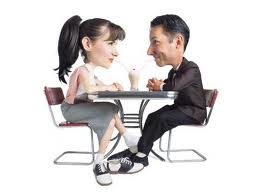 As vivacious and vigorous as I am, I have never been a fan of the blind date. In fact, it instils in me a sense of terror rather unparalleled. What this fear stems from I cannot be exact, but what I do know is that I would rather perform starkers for 60 000 people than embark on a blind date. Rather ridiculous isn't it? Although, I think many share the same sentiment.

I mean, let’s be honest, a blind date encompasses dinner or drinks, and leaves one generally unharmed; but I think I owe this phobia to my first experience of a blind date, otherwise known as a social engagement between two persons who have not previously met, usually arranged by a mutual acquaintance.

Allow me to fill you in…

It was all rather bizarre really, and sounds like something out of a script. I have been doing my nails at the same place for years; and the lady who does my nails is a networker of note. So, one day, I happen to send her a picture of myself wearing something or other that she has been interested in buying for herself, for her to see what it looks like on. She sells an array of products at her salon, and in making a sale, she shows one of her clients a picture on her phone of the piece she is about to buy, and the woman (nosily) scrolls to my picture. She asks who I am and where I fit in, and proceeds to do a little matchmaking, saying she has the perfect man for me. I am, of course, totally opposed to the idea. I meet enough men out and about, I don’t want to be uncomfortably set up with a stranger. However, this woman is persistent and I eventually give her my number, thinking to myself “he is not going to call a perfect stranger,” needless to say – he does.

I avoid the first couple of calls, out of pure embarrassment – what will I say? What will he say?  I answer at long last, I started to feel a little sorry for him; and lo and behold he sounded like such a great guy as we chatted with ease. I felt like we had been friends for years, and so when he invited me for dinner, I obliged without blinking an eye.

When Thursday came around, I was cool, calm and collected, excited even to meet up with my new friend. That is, until I pulled into the parking lot. Suddenly I had waves of “what if’s” – I considered turning my phone off and driving into the distance never to be seen again, but my conscience got the better of me and I climbed out the car.

Of course I called one of my best friends for back up as I walked in. Before I had eye surgery, my eyesight used to leave a lot to be desired, so I was nervous about not being able to see him. As I entered the restaurant, I needn’t have worried. He spotted me immediately and whisked me off to a table. It started off really well, and I made a mental note to not always assume; and then, cued by Murphy himself, a flame passé happened to walk past. It didn’t end well between us and he made an effort to ruin my evening. I prayed for the ground to open up and devour me as he cross-examined my date. He proceeded to hover awkwardly at our table, until I had to give that exit speech: “anyway, it’s been lovely to see you.”

It was all downhill from there.

My “date” turned out to be way older than he originally mentioned. Now I have no issue with older men (think George Clooney), but he rambles on about how ready he is to settle down and have children, and how he is busy building a dream home, which is almost complete. He was shopping for the wonderful wife to slot into the vacant position. He proceeded to the checkout with an empty cart.

I lost my appetite.

The remainder of our dinner flew by in a frenzy of fear, and as he walked me to my car, I lunged forward to kiss him on the cheek, so as not to encourage any more awkwardness with good-night kisses and the like. 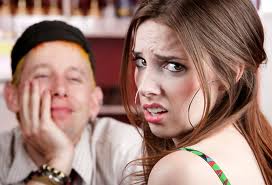 So when next you hear: "I have someone to introduce you to,” you needn’t run for the border. I have made a few points to prepare you in surviving that setup with a stranger.

So, in my opinion, give it a go. It is possible to live to tell the tale. It may even take you by surprise by turning out for the best.