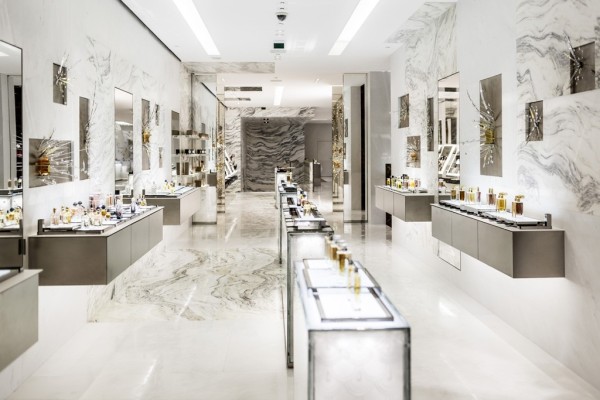 At the end of last year, Guerlain re-opened its doors after a major overhaul, since their first official opening in 1913. Situated on the Champs-Elysees, it’s one of the city’s classic beauty locations.

The 10 764 square foot store, has doubled in size and luxury with added areas including a “hall of mirrors” and a restaurant by Michelin star French chef, Guy Martin, called “le 68”.

American Architect Peter Marino who was in charge of the renovation, said “I put something modern in the old and something old in the new.  You’ll feel very much like you’re in a home and not ina commercial establishment”.

An additional artistic touch was added by the golden bees (an emblem of the Guerlain house) suspended from the ceiling by artist Gerard Cholot as part of the his installation “Le Vol des Abeilles.”

Guerlain’s products are exquisitely displayed with a lot of thought going in to pairing products together.  The store oozes luxury, class and elegance and is an absolute delight to shop in or even just browse in. 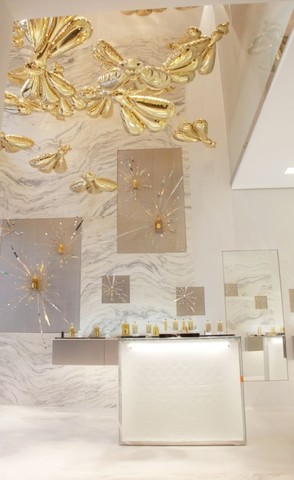