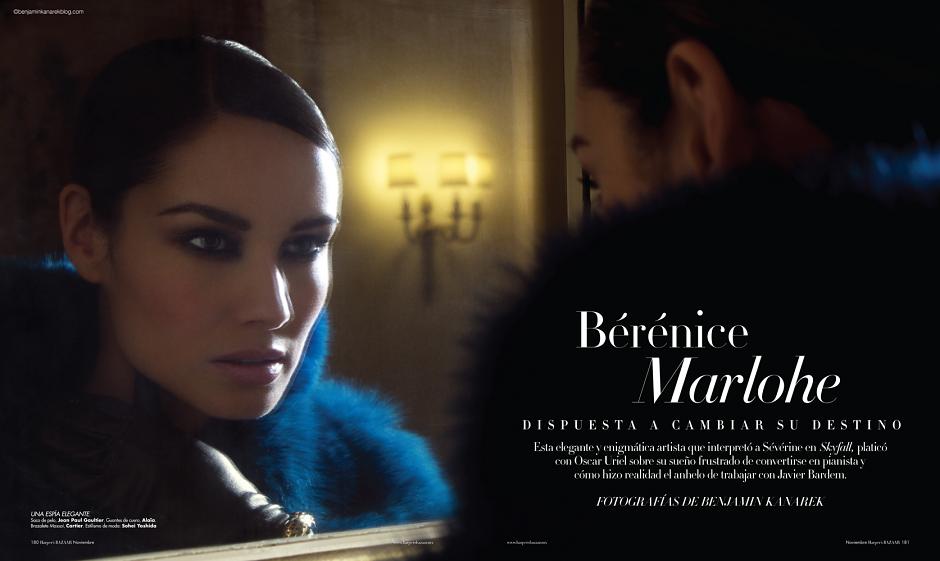 The title of ‘Bond Girl’ isn't just a one-film thing; it’s like a lifetime badge of honour  A certification that a woman has a certain something. And the latest to earn that badge? French actress Bérénice Marlohe, who stars as the seductive Sévérine in the new film SKYFALL.

In the cover shoot for Harper’s BAZAAR en Español, November 2012, Benjamin Kanarek captures both the natural beauty and the Bond Girl glamour of Marlohe. The backdrop of the Hotel De Crillon in Paris paired with the styling by Sohei Yoshida gives the whole shoot an aura of opulent drama; a nod to the James Bond lifestyle without the use of cliché props like guns stuck into garter belts. This is Marlohe at her most elegant.

Kanarek and video director Frédérique Renaut decided a candid interview was also in order. In the video Bérénice shares details of how she was cast for SKYFALL, her childhood memories, and what she feels about Bond films past. See video below 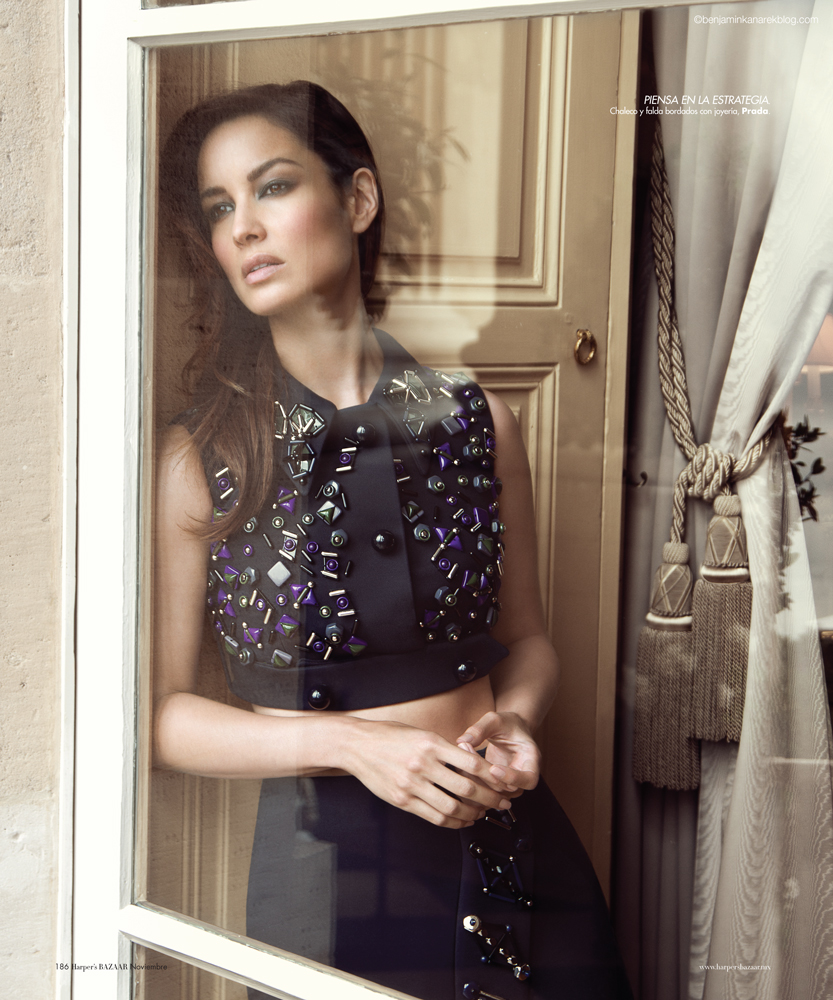 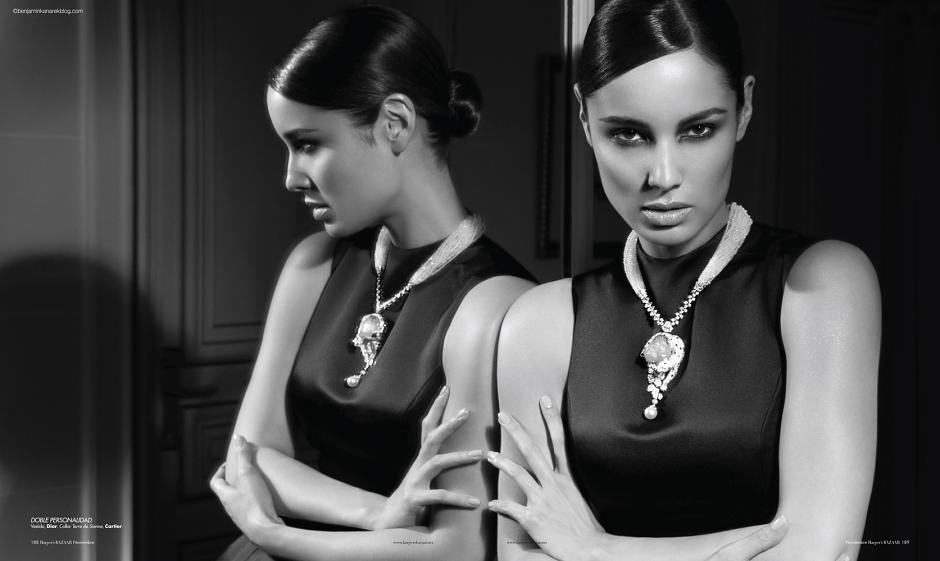