Bold and beautiful, Audi’s suave A5 gets better… 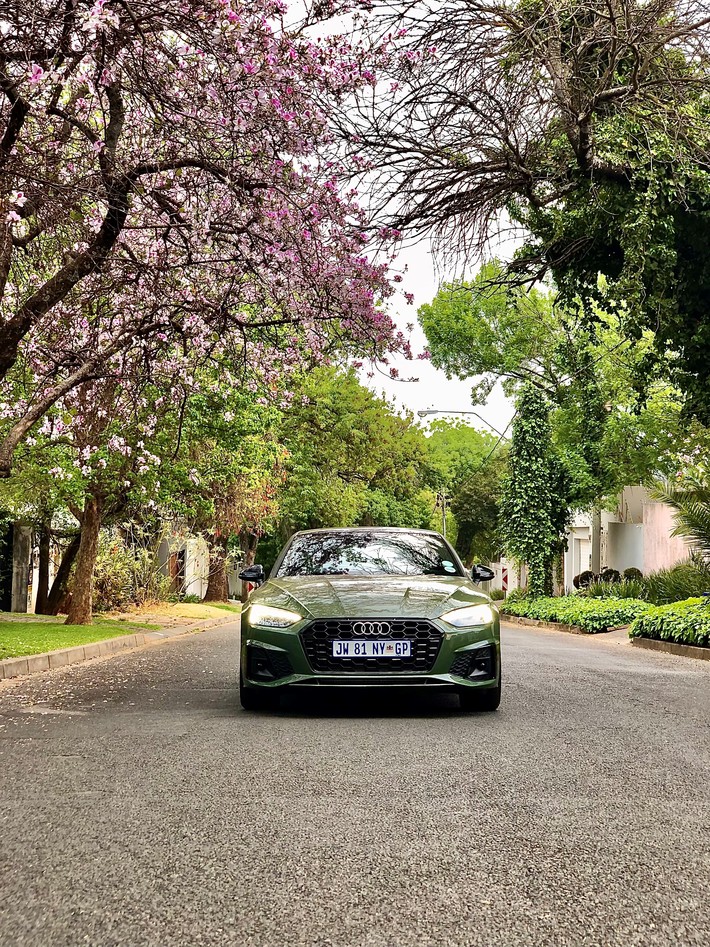 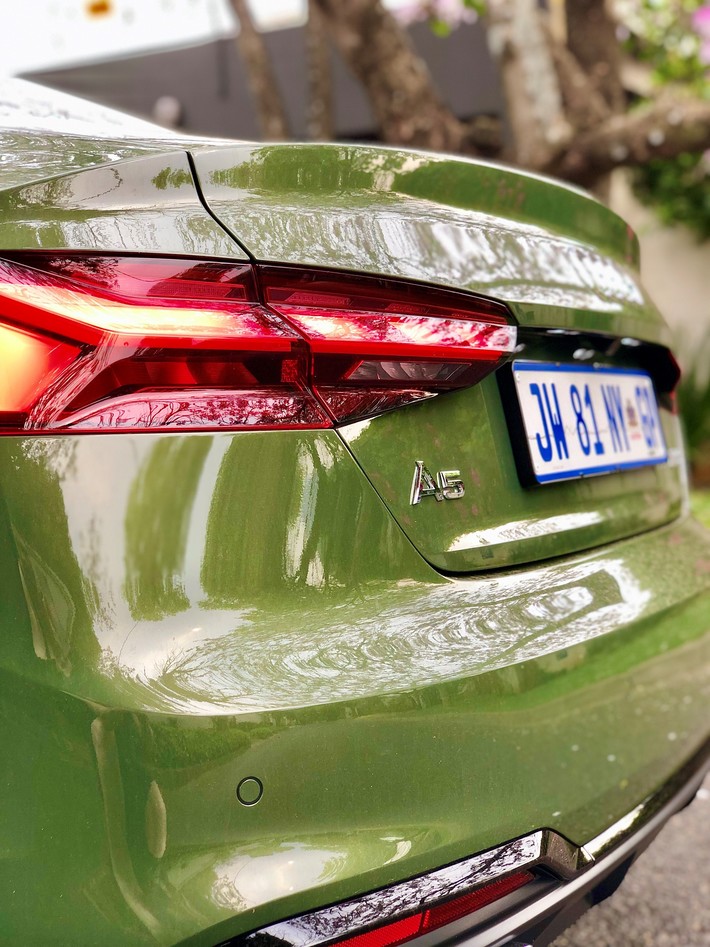 As far as options go, Audi’s updated A5 range is about as vast as it gets. Whether you want two doors or four, a  coupé  or a cabriolet, a performance diesel or a petrol engine, the choice is yours.

The version I had on review, the A5 Coupe 40 TFSI, is far from the most potent combination, but it is one that begs the question – why would you need anything more? This two-door, four-seater model sits at the lower end of the line-up and is priced from R826 000, before options. The gorgeous, highly-spec’d model on test featured R206 000 worth of extras, which took the vehicle to R1 032 000.

It’s powered by a 2.0-litre four-cylinder turbocharged petrol engine that develops 140 kW and 320Nm of torque. This free-revving motor is paired with a seven-speed dual-clutch automatic gearbox, which drives this sleek coupé through the front wheels.

As part of the updates, Audi has also added a 12-volt mild-hybrid system to improve efficiency. It harvests energy under braking and stores it in a small lithium-ion battery. The system works away behind the scenes without any disruption to the driving experience. You only notice it’s there when you lift off the throttle at a cruising speed and the engine can drop down to idle, allowing you to cover some distance without using unnecessary fuel.

This is the only major mechanical tweak on this updated A5 40 TFSI, so like before, the 2.0-litre motor remains punchy and refined. Audi says 0-100 km/h takes 7.3 seconds, which is hurried enough, and the engine really gets into its stride above 2,500rpm. The seven-speed gearbox manages gear changes in Teutonic fashion, albeit doesn’t like to be rushed if you ask for quick downshifts. A more laidback approach suits the A5’s character. 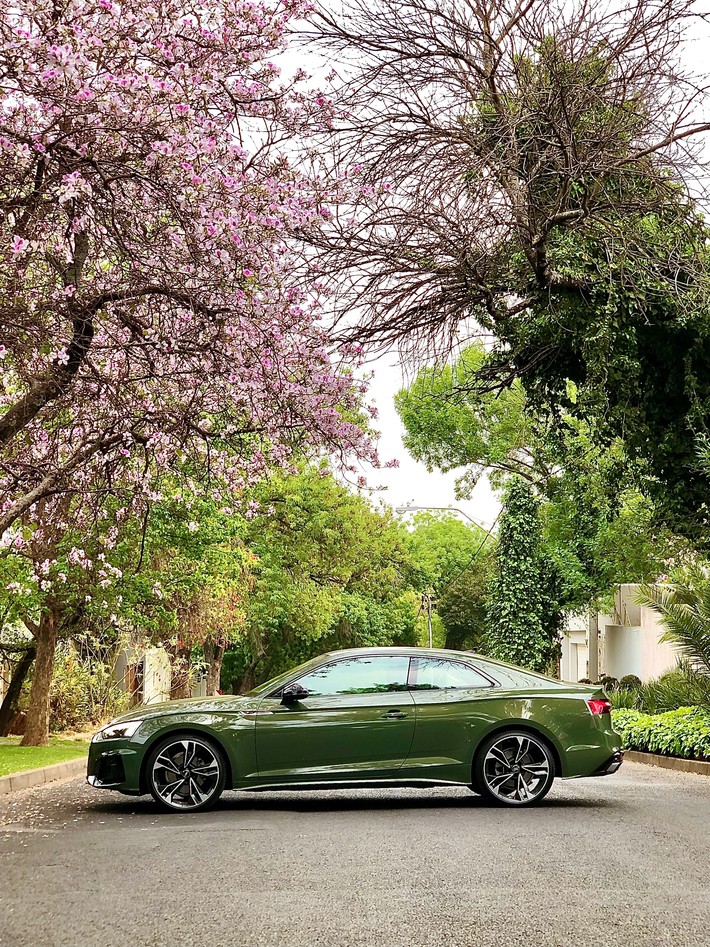 While there’s decent punch from the engine and plenty of bite from the front end, there’s not a huge amount of exhilaration to be had driving the A5. It’s easy and predictable to drive quickly, but the steering is numb, while the chassis is set up more for stability and composure than fun and adjustability. It is a very capable and composed drive – this is for the sensible. Dynamic pleasure bolts are more like a suited jog.

However, image is perhaps one of the biggest factors when it comes to cars like the A5, so it’s a sacrifice that many buyers may be willing to make. Another will be practicality, because although there are two rear seats, they are on the compact side as with all cars in this class. You can squeeze two adults into the second row, but kneeroom is limited and average-sized passengers will feel their head touching the roofline. Given the A5 certainly isn’t a small car, some buyers are likely to be left a little underwhelmed with the amount of space they’ll find in the back. There’ll be fewer frowns when it comes to the boot capacity, which is among the largest in its class, at 450 litres. 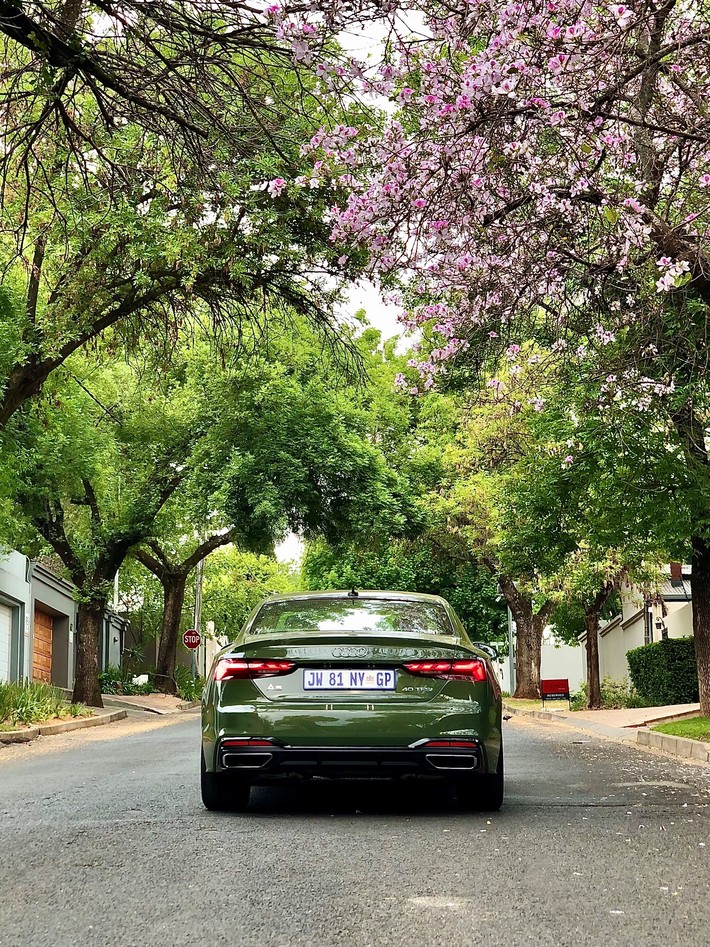 The biggest update inside is the refreshed infotainment layout. Audi has removed the control wheel from the centre console and made the 10.1-inch display touchscreen-only. The space that was occupied by the control wheel itself now features a small and rather odd-looking storage bin. I personally enjoy the update. 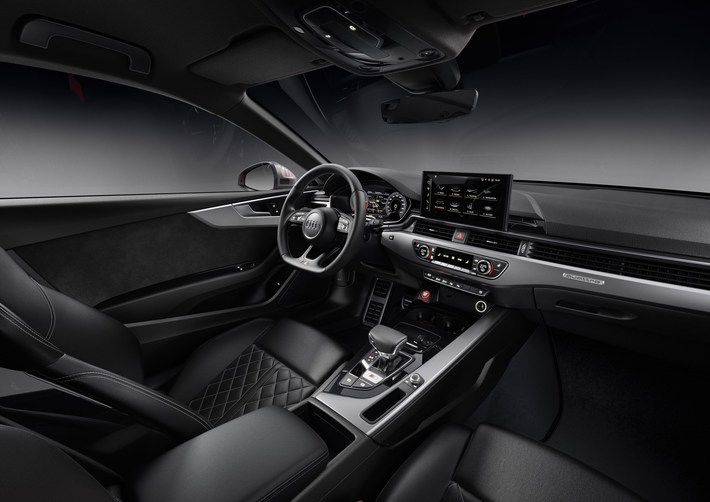 The Audi A5 oozes premium appeal and is packed with plenty of tech. It’s surefooted and composed on the road, too, but this isn’t a two-door coupé that has driver appeal at its core; it’s a grand tourer. A highlight for the A5 is its ride quality – smooth, unflustered and prodigious. For me to say this, considering its large wheels on this S line model, which have a negative impact on comfort – especially on our poor roads in Johannesburg –  is a further testimony to its engineering.

The A5 remains the ultimate understated executive GT car. In S and RS guises, it is arguably a Q-car too. 5-Years 100 000 km maintenance plan is included is the sales price.