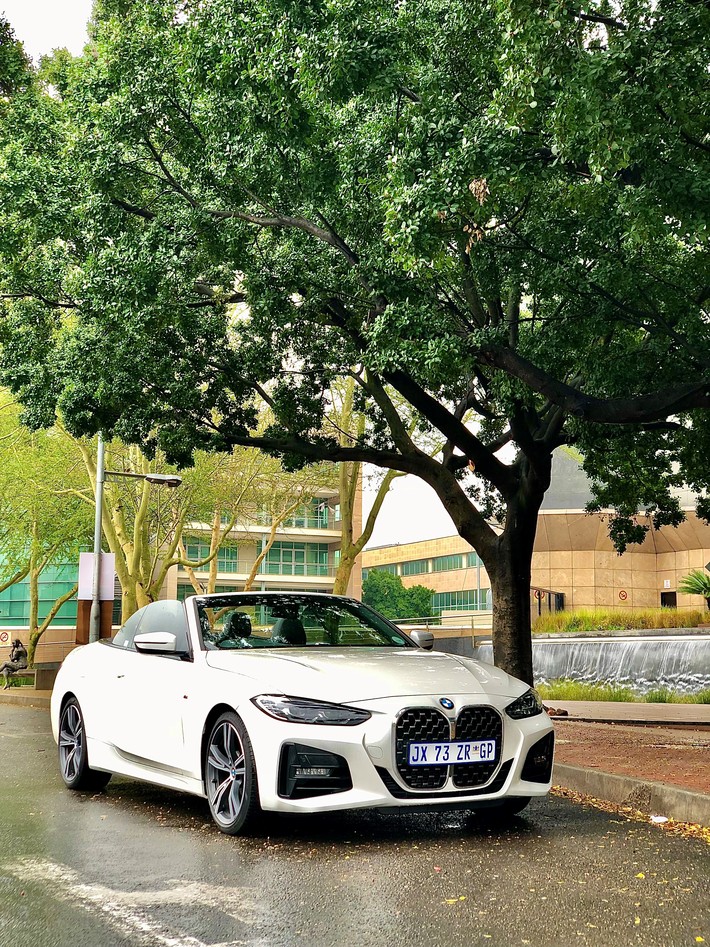 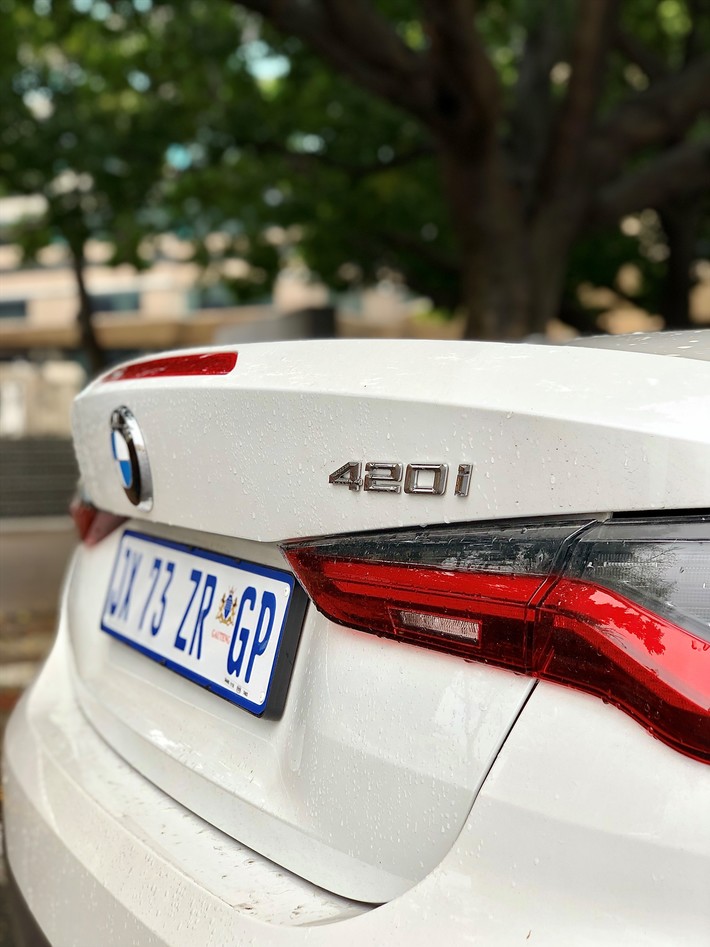 Who doesn’t love a convertible! The wind in your hair and visceral experience of freedom is real when the roof is off.

Enter the new BMW 4 Series Convertible, in the 4 Series range, which in turn is the two-door version of the 3 Series. The 3 Series and 4 Series feature many of the same engines and share many parts, even though they look very different from the outside. 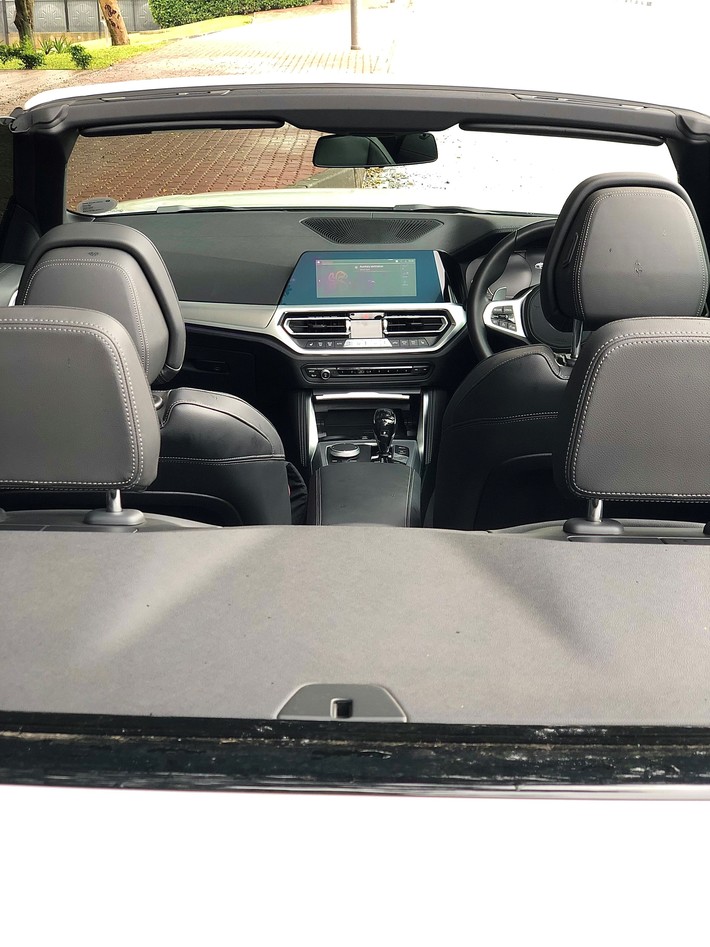 The main difference is the 4 Series’ huge grille. It is a polarising design element. Whether you love or hate it is up to you. It is certainly bolder and more eye-catching than the styling of its competitors: the Mercedes C-Class Cabriolet and Audi A5 Cabriolet. The latest 4 Series Convertible now thankfully gets a fabric a soft-top roof. The previous version used a folding hard top, which I personally didn’t like as I felt it affected the car’s aesthetics. Metal and fabric aside –  BMW says that new roof technology means the soft-top is just as quiet when it is up, but it is lighter and endows the car with more boot space. The new roof is not just good for optimising boot space, but it’s also quicker to fold away (it takes 18 seconds to do so). I love it. There are now 385 litres of boot space, which is about the same as in an average family hatchback – although there are only 300 litres when the roof is down, because it is stored above the luggage area when folded away.

The interior of the 4 Series Convertible is very similar to that of the coupé , which means it’s packed with the latest tech and has high-quality materials that make it feel very upmarket – but you would expect that because the price is higher than ever. I particularly enjoyed the driving position, which is athletic and cosseting. What’s more, the fact that it is still quiet on the move even with the roof down speaks to its high refinement levels. There are extras here, too, including optional vents on the headrests designed to keep your neck warm with the roof down in cold weather.

There are plenty of engines to choose from, albeit the local options are simplified to two: the 420i and M440i. From a driving perspective, the 4 Series is more dynamic to drive than its Mercedes-Benz and Audi alternatives, yet it also works well as a comfortable cruiser. Both the 420i and M440i models are drivers’ cars with the latter being a rapid athlete that thankfully features X-Drive or four wheel-drive technology.

The M440i is the model to go for if you are a keen driver and do not mind the running costs, because it features tweaked suspension to make it more fun to drive. It is more enjoyable than a Mercedes-AMG C43 Cabriolet in corners and it can go from 0-100km/h in just 4.9 seconds, so it has plenty of performance. That is thanks to a six-cylinder engine with 285kW/500Nm, so it also sounds great with the roof down and it has a slick and fast-shifting eight-speed automatic gearbox. Despite its racy performance, the M440i is comfortable on long trips – and that is true of all models because the soft-top roof provides a good amount of sound-deadening and there is not too much buffeting from the wind with it down either.

The 4 Series has a comfortable suspension set-up that deals with bumps well. If you are just cruising, the 420i is a better choice (135kW/300Nm), offering plenty of performance with dashes to 100km/h in just over 8 seconds.

The 4 Series Convertible is not as practical as the Audi A5 Cabriolet, but it is still reasonable for a convertible car. The rear seats are a little cramped, as with many cars of this type; adults will not want to sit there for too long because legroom is limited. With the roof up there is not as much space as in the 4 Series coupé and the seats are more upright.

How is the car’s reliability? The 4 Series Convertible uses engines and other parts from the 3 Series sedan, so parts availability is good, and the engines are tried-and-tested in these other models. The 3 Series scored well in its Euro NCAP crash test  – this bodes well for the 4 Series which may not get a test of its own.