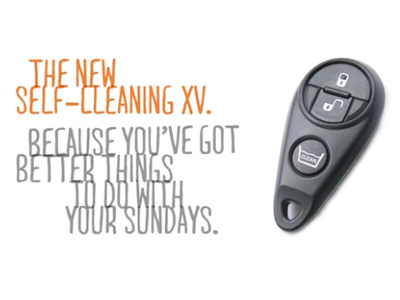 On Monday the 1st of April I was fooled! Go figure, being the global day for pranksters and Subaru not being a likely culprit.  Now we know that the news media are synonymous with April fools headlines. Though this year, the real joker was DSTV, with their erroneous memorial commercial to Nelson Mandela. Being a relatively sensible chap, I thought I had gone through my day without being pranked, guess not!

After receiving a press release from Subaru South Africa, which introduced a revolutionary technology I was gob-smacked with excitement, running around the office telling colleagues all about the Subaru that could clean itself. It reads, Professor Ai Lai (second clue), who led the team, says “Nanogenerators convert mechanical energy available in the environment into electrical energy, activating safe low-voltage electrical currents on the car’s outer body surface. These currents flow in precise, overlapping patterns to disturb and dissolve micro-attachments on the car’s metalwork, such as dirt and dust.” (Genius, using qualifications and technical jargon, I’m fooled hook, line and sinker).

With the need to fight the demands of global water conservation (this is where I’m falling deeper into the joke), Subaru’s engineers have developed the radical new technology in conjunction with some of the world’s leading electrical engineers (more clever trickery). To clean the car in an instant (my face lights up), the driver simply has to press a button on the key fob while outside the vehicle, without any danger of getting wet (I’m now fooled and telling anyone who will listen) or dousing the neighbours’ pets.