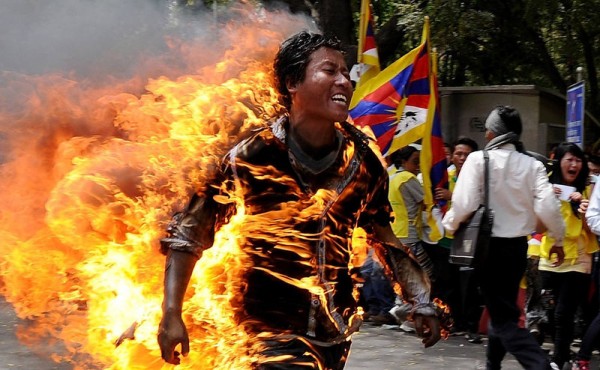 Here is a compilation of the Agence France Presse(AFP) most enduring images of 2012. I have compiled some of my favourite ones. All images credits to AFP

Above: Tibetan exile Jamphel Yeshi, 27, runs as he is engulfed in flames after he set himself on fire during a protest in New Delhi last march. Tibetans at the rally were protesting against an upcoming visit to India by Chinese President Hu Jintao, according to police. Self-immolation is common among Tibetans protesting against Chinese rule. 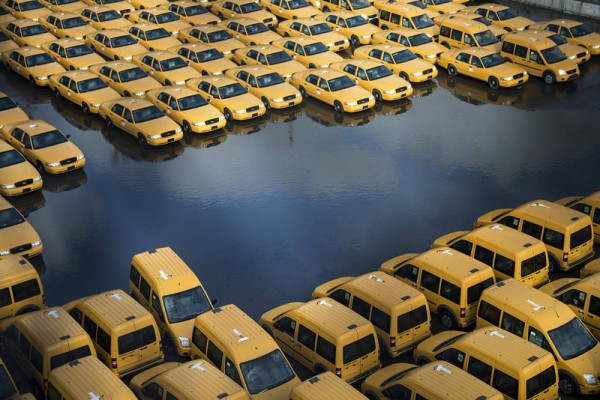 New taxi cabs in a flooded car park in New Jersey after Hurricane Sandy made landfall in October. The super storm devastated the North-western United States, costing an estimated $65 billion of damage. At least 250 people were killed in seven countries along the storm’s path. 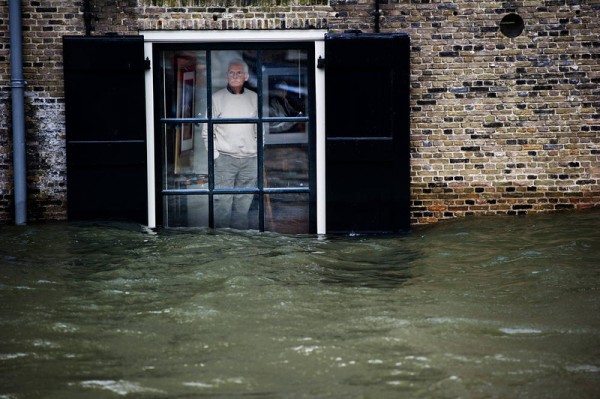 A Dutch local resident, standing in his house, looks to high waters level through his window, in Dordrecht on January 5, 2012. Gale force winds reaching up to 110 kilometres (about 70 miles) an hour as well as heavy rains are expected along the Dutch coast. About a quarter of the country sits below sea level. US President Barack Obama does push-ups during basketball shooting drills during the annual Easter Egg Roll on the South Lawn of the White House April 9, 2012 in Washington, DC. The First Family participated in the yearly event where the South Lawn is opened up to guests to participate in various egg rolls and other activities. 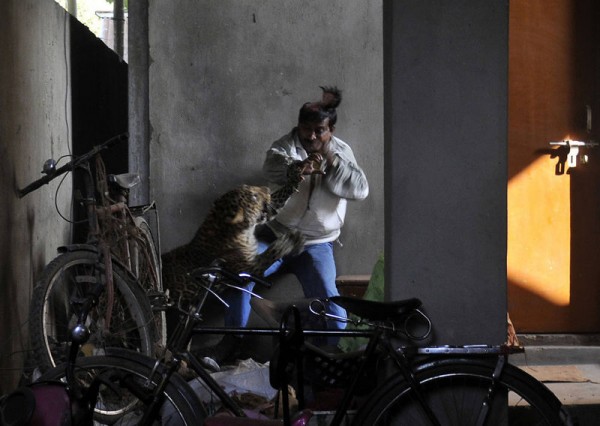 A leopard (Panthera pardus) attacks and wounds Pintu Dey, an Indian labourer in a residential neighbourhood of Silphukhuri area in Guwahati on January 7, 2012. Three people were seriously injured in the leopard attack before the feline was tranquillized and taken to Assam state zoo. Pintu Dey, in his 40s, is recovering in a hospital in India’s north-eastern state of Assam after being badly mauled outside his house in the attack. 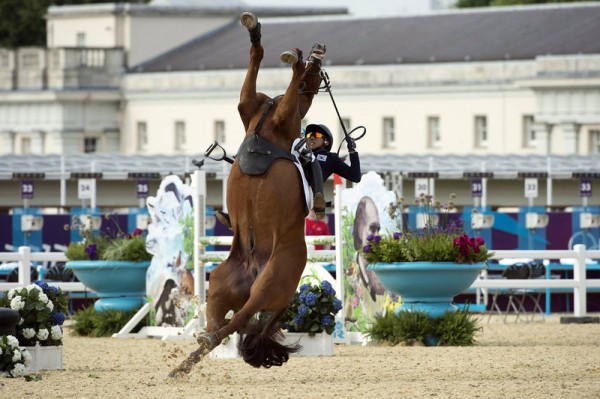 South Korea’s Hwang Woojin loses control of his horse Shearwater Oscar during the Show Jumping event of the Modern Pentathlon during the 2012 London Olympics at the Equestrian venue in Greenwich Park, London, on August 11, 2012. Britain’s Catherine, Duchess of Cambridge, (C) Prince William (R) and Prince Harry (L) wave as they pass the Houses of Parliament aboard the Royal barge, ‘Spirit of Chartwell’ in central London, on June 3, 2012, during the Thames Diamond Jubilee Pageant. Hundreds of rowing boats, barges and steamers filled the River Thames with a blaze of colour on Sunday as Queen Elizabeth II sailed through London as part of her spectacular diamond jubilee pageant. A man with a Guy Fawkes mask takes part in a protest against the Spanish government’s latest austerity measures in Madrid, on July 19, 2012. Several hundreds government workers joined the protest after conservative Prime Minister Mariano Rajoy announced, on July 13, the latest measures to lower Spain’s deficit, a 65-billion-euro (80 billion USD) austerity package involving among other things an increase in the VAT (TVA) tax and cuts in unemployment benefits. 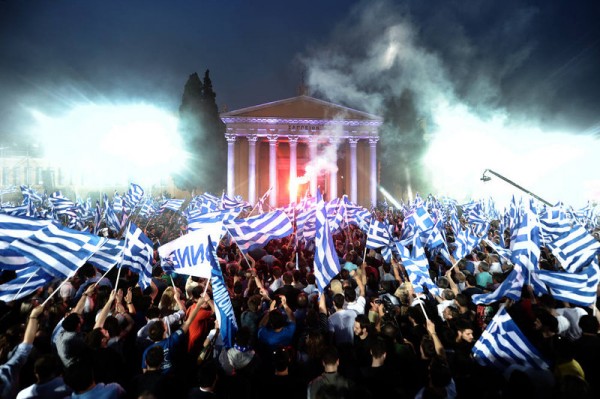 Supporters of Antonis Samaras, leader of the Greek conservative party New Democracy, wave flags during a pre-election speech in Athens last May. Mr Samaras was elected Prime Minister of Greece in June this year as the country rebelled against strict austerity policies imposed by EU and IMF leaders.

All image credits to AFP

Moving images... Love them all.

@Taryn. They are very powerful