The Otter Trail - such a breeze...

The Otter Trail is described as tough. I wouldn’t use the word tough. I would use incredibly hard, impossibly difficult, Jesus-help-us-all because this is never ending painfully tortuous.  And just a little exhausting.

They describe Day Two as ‘the hardest’.  They forget to say that Day Three, Four and Five are equally as hard, just in different ways.   Every day has its tricky bits.  Straight up. Straight down.  And up again. And down again.  Never- ending.  Up, down, boulder hopping, rock climbing,  bridge swinging, tree climbing, river crossing, snake dodging, mosquito biting, sweat dripping, shorts ripping, hot cooking, hard hard hard.

It wasn’t just the walking that was hard.  Walking with men had its own challenges.  Especially men that were He Men. Super Men.  Competitive Men. Tough Men. Hairy Men. Smelly Men. Men.

I will admit they were sweet.  ‘You okay, Caganoff?’ they would ask, two minutes into each day.  And before I could answer, they’d be off. Boom, bang, kapow, zoom, gone.  Biting heads off puff adders as they trotted up the mountains.

I was always at the back.  Actually, not always, because sometimes the Irishman was behind me.  But I worked it out pretty quickly. It wasn’t because he was helpful.  I’d ripped my shorts open on Day One and he had a thing for women’s arses.  He had a great view of mine, from many different angles, especially when I was flattened face down on the ground.

We’d gone as a party of four, and soon hooked up with the other hikers.  Two young German women, two Spanish Penelope Cruz look alikes, and an Afrikaans father and son.  Of course Frikkie and Jacques hooked up with my three men, while we women bonded.

And the women were delightful.  When I had a panic attack after swimming across the Bloukrans River and calling my best He Man friend a ‘big fat fucking c-nt’ for no particular reason, they held me while I tried to breathe. When the men abseiled and skinned rabbit s as extra -curricular activities, we women made each other tea, massaged one another’s feet and compared our tan marks.  We shared chocolate that we’d hidden from the men. We discussed the men.  It didn’t matter that these women didn’t speak much English. They were women.  We were happy.

Friendships were forged quickly.  Whisky was shared, sleeping tablets were broken in half, songs were sung.  Jacques even carried my backpack on the day we had to race to the river, to reach it in low tide.  The day his Dad was almost carried out to sea. The day I ‘had my moment’.  The day that’s ‘not too hard’.

Did I say the trail is mindblowingly  difficult? And magnificent.  And that I have never been in such beauty.  Stark, wild, rugged beauty. Crystal clear rivers.  Waterfalls. Deserted beaches.  We could hear the songs of the Knysna loeries as we walked, saw whales, dolphin, buck, and a rather large motherfucker of a snake.  And that we walked with fragrant flowers and fynbos, bright orange mushrooms, eagles, seagulls and never another soul in sight.

We all cooked together at night, using the pots and pans that we’d (okay, not me, Dan) carried in the day.  We roared with laughter when the Germans earnestly spoke about South Africa’s brilliant camping shop.  Woolies.  They were very serious, thinking their chopped up veggies and well packaged portions were for campers.  When I said it was women like me, white and middle class, who buy that stuff to use at home, they were shocked.  Mein Gutless, they both muttered.

We’d arranged everything perfectly.  Two minute noodles, dried pre-packaged Thai food from New Zealand, energy bars, jelly babies and 3 bottles of single malt whisky.  The only thing we hadn’t eaten by the time we finished the trail was a pack of rice cakes and a bit of powdered milk.

The trail was perfect.  I had to apologise for my tantrum, but I’ve since heard that everyone has a breakdown at some point or another during the trail.  Did I say it was hard? Not just physically. Emotionally too.

I would do it again. Not tomorrow, I’m still a bit bruised and battered.  In another year.  When the memory of the pain has passed. With the same guys.  And a few more women.  And a rope.  And a first aid kit.  And a gun.  And lots of valium.  And maybe just one more bottle of whisky. 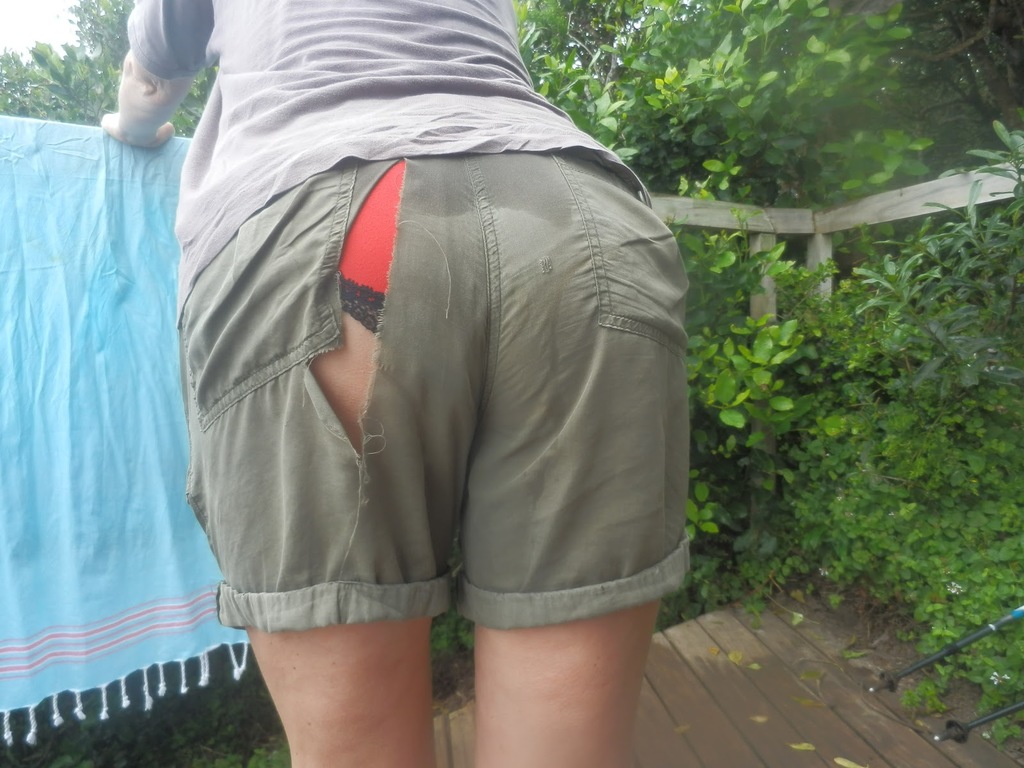