The Chery on top – Tiggo 8 Pro 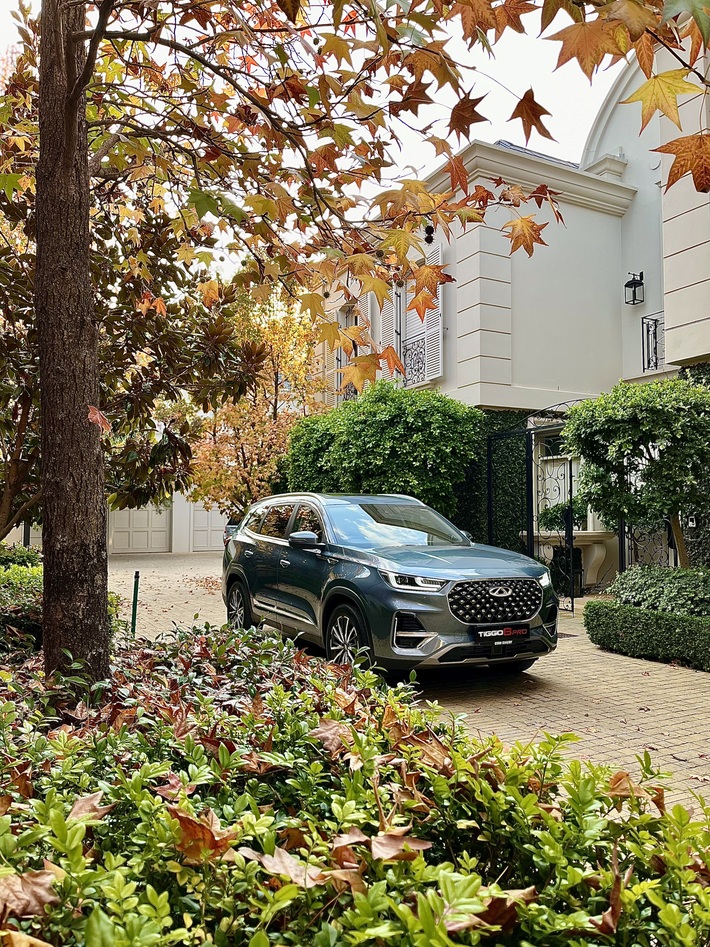 We are coming out of a global pandemic. The world is finding its feet again, while global leaders run around like headless chickens. It is going to take time for the world to recover and with that said, so too for the economy.

Brands Like Haval and Chery, both from China, have strategically entered the South African market. Their products are good, if not very good, and their price point is excellent – without comparison, in fact, when compared with the competitive landscape.

Considering the prices of cars in South Africa, to purchase a family vehicle that comfortably seats seven via three rows, at a price starting at just under R500 000 on the Distinctive model and climbs to R550 000 for the Executive model – Chery’s Tiggo 8 Pro will raise an eyebrow or two. The Tiggo 8 is the flagship model in the Chery range. Locally, there is the Tiggo 4, which is a compact SUV, while the Tiggo 8 Pro is large, very practical vehicle. Aesthetically, the front styling resembles a Volvo XC60, while the rear has nuances in the taillight design of the BMW X5. Either way, the Tiggo 8 Pro is handsome looking despite its resemblance to these two other designs. A similarly sized Land Rover Discovery Sport is priced R1 060 000, and that is on a base model with few lavish mod cons. Undeniably a better car from an all-round perspective, but certainly not worth double the price. Hyundai’s Santa Fe, also a 7-seater, starts at R805 000 and the Sorento at R810 000. As you can see, the Tiggo 8 Pro has the price advantage.

The interior is less knock-off in effect and rather luxurious with a two-tone colour combination of toffee and black. There are a variety of soft-touch materials that add to the interior ambiance. The seven seats are exquisitely finished in the leather-like material and very comfortable, too. There were no rattles or squeaks, and the build quality seemed on par with other vehicles at this price point. The driving position is good, offering a clear view from the cabin. 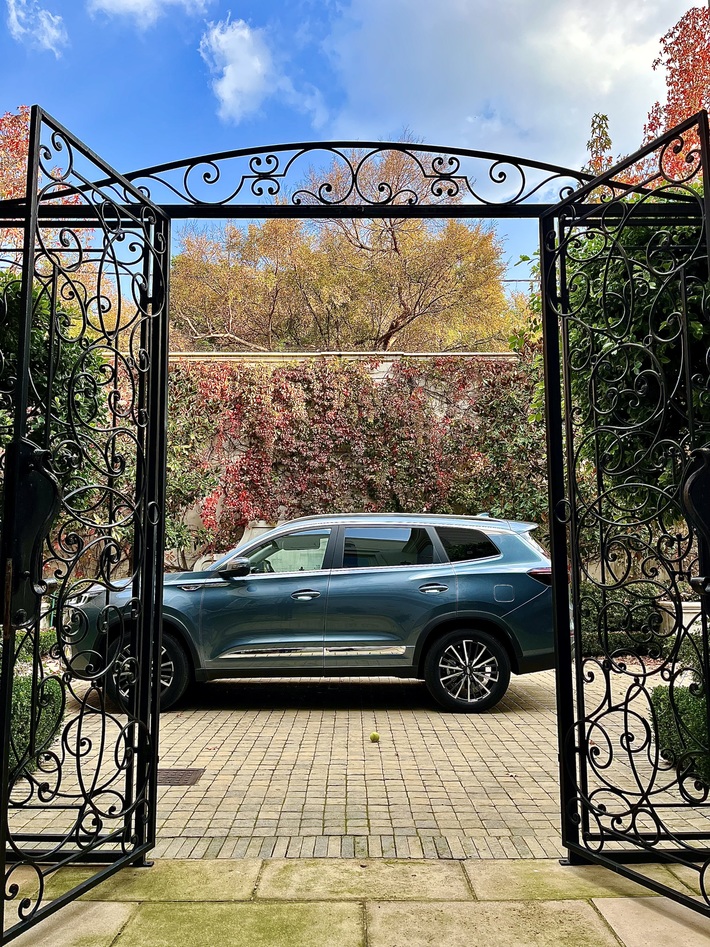 The expansive sunroof and good-quality audio system that supports Android Auto and Apple CarPlay are highlights. The Tiggo 8 Pro’s infotainment system enables streaming Apple Music and Netflix audio in the car. The car also comes with an embedded voice-control system. You simply say, 'Hi Chery', and it will do almost anything you ask it to. It's one of the few cars I have tested with voice control that allows you to open and close the windows and the sunroof using voice. Cool, right! Abundant in features – you get seven airbags, anti-lock brakes, an electronic stability programme as well as a fantastic camera array that makes it easy to drive and get around. The boot is also decent, as you can still load around 193 litres of cargo in the back with all the chairs in their upright positions. Drop the seats, and you'll easily be able to transport loads of items. You won't feel short-changed for space or creature comforts. What’s more, if you don't push the vehicle too hard, you might find it perfectly satisfying for you and your family's needs. As I’m writing this, I was certain the Tiggo 8 Pro had a 2.0-liter turbo petrol motor. In fact, it is fitted with a 1.6-litre turbo petrol four-cylinder engine (145kW and 290Nm). Impressive then that I was confused by its capacity! Unfortunately, its power is delivered in a peaky fashion. The Tiggo 8 Pro is fitted with a seven-speed double-clutch gearbox that works quickly in Sport mode, providing decent shifts, albeit half a second after you call for the gear using the shifter. I averaged around 11-litres/100km in our combined-cycle run, while driving in Eco mode for most of the test period, which is certainly fair for such a large family car.

I would have liked an all-wheel-drive system, but the available Tiggo 8 Pro is driven through its front wheels, which means it can slip a tad on enthusiastic pull-offs.

Points of contention or oddities are the is strange rear-view mirror – it is like there is a magnifying glass over the mirror which gives strange perspective of the rear view. Acceleration is progressive, so you must be careful with the accelerator input to avoid that whack of torque rocking your head back and forth from a standstill, especially when the road is a little wet. The brakes also take some getting used to – you need to stomp on them to get the car to stop. Thankfully, these are minor issues that one can adjust to!

When Chery initially launched, they didn’t do the best job of distribution via the previous importer. Now under new management, they promise decent aftersales thanks to a growing network of dealers that now stand at more than 50 outlets nationwide. Since the Tiggo 4 Pro launch late last year, the company has been selling more than 500 vehicles a month. This Tiggo 8 Pro will raise that number further, while the company is also planning to launch the Tiggo 5 and the Tiggo 7 here in the coming months. The Tiggo 8 Pro comes with a five-year/150 000km mechanical warranty and a five-year or 60 000km service plan. Chery is so confident of its engine that it's giving the first owners of their vehicles a 10-year or 1 000 000km engine warranty.