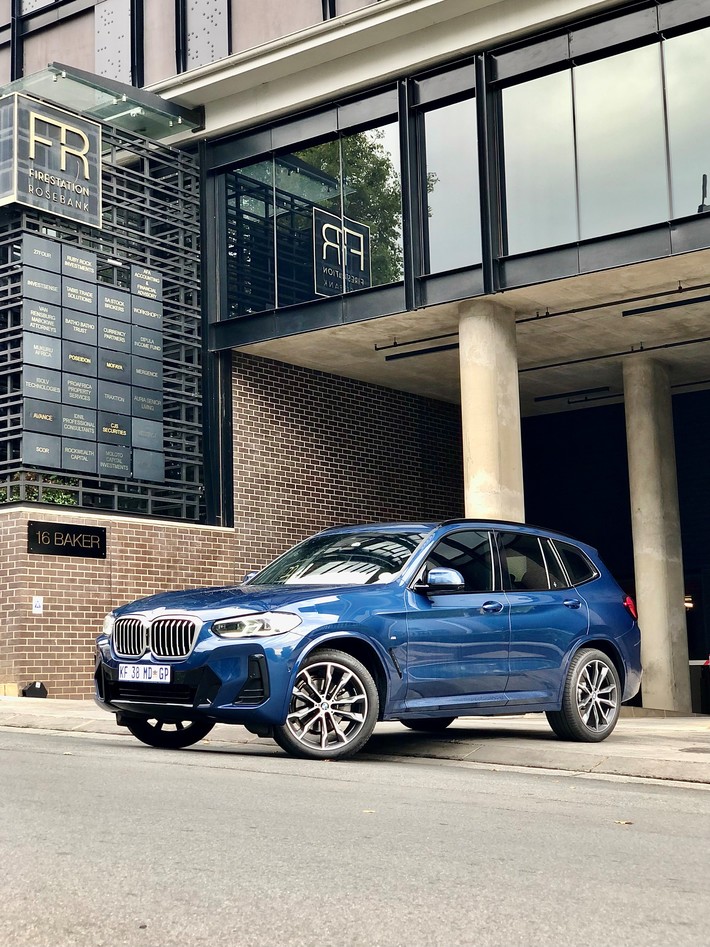 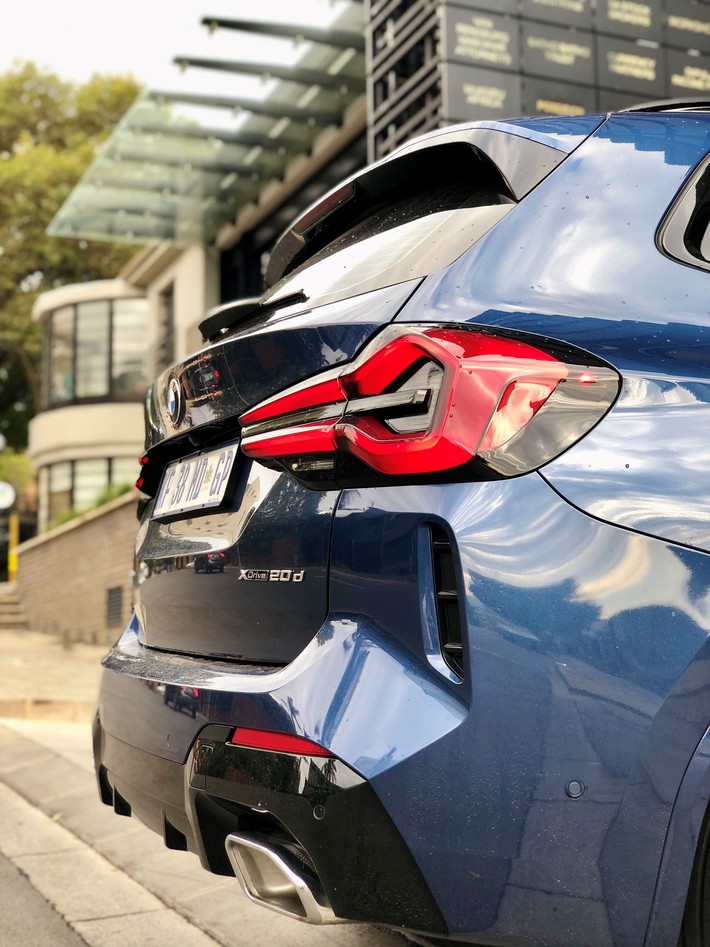 The BMW brand is synonymous with creating driver-orientated cars. Their 3 Series range has been the brand’s best seller for many years. Being well-priced in the product range, offering decent accommodation and a dynamic driving experience made sure its appeal was broad enough.

As the world’s appreciation for recreational vehicles has exploded,  the 3-Series has handed over its “bestseller” status to is SUV sibling, the X3. 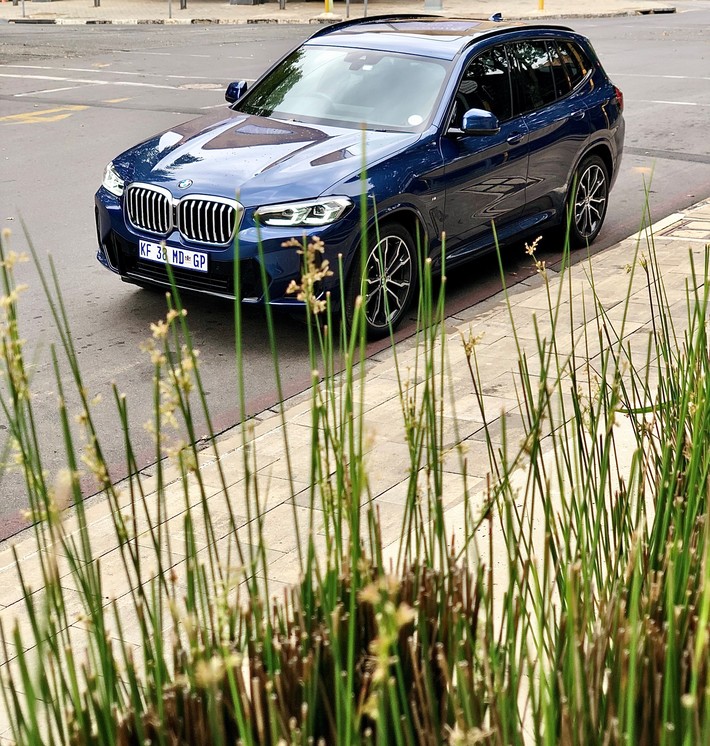 Now in its third generation, the current X3 recently underwent a Life Cycle Impulse or LCI. This is essentially a facelift that happens in the second phase of the car’s lifecycle. In line with the brand’s new design language – square and chiselled – the look of the new X3 features a redesigned front end and revised rear section that lend even clearer emphasis to the robust off-road look and sporty appearance of the third-generation BMW X3. The BMW kidney grille and headlights have been redesigned along with the front apron and rear bumper, while new graphics have been applied to the rear lights. High-quality X elements such as underbody protection and specific side skirts in the style of the previous X Line are already standard. The front headlights feature full LED technology as standard. In addition to the optional adaptive LED headlights with Matrix function (where the adverse weather light takes on the function of the previously separate fog lights), the BMW Laser Light with a range of up to 650 metres is now also available as an optional extra. 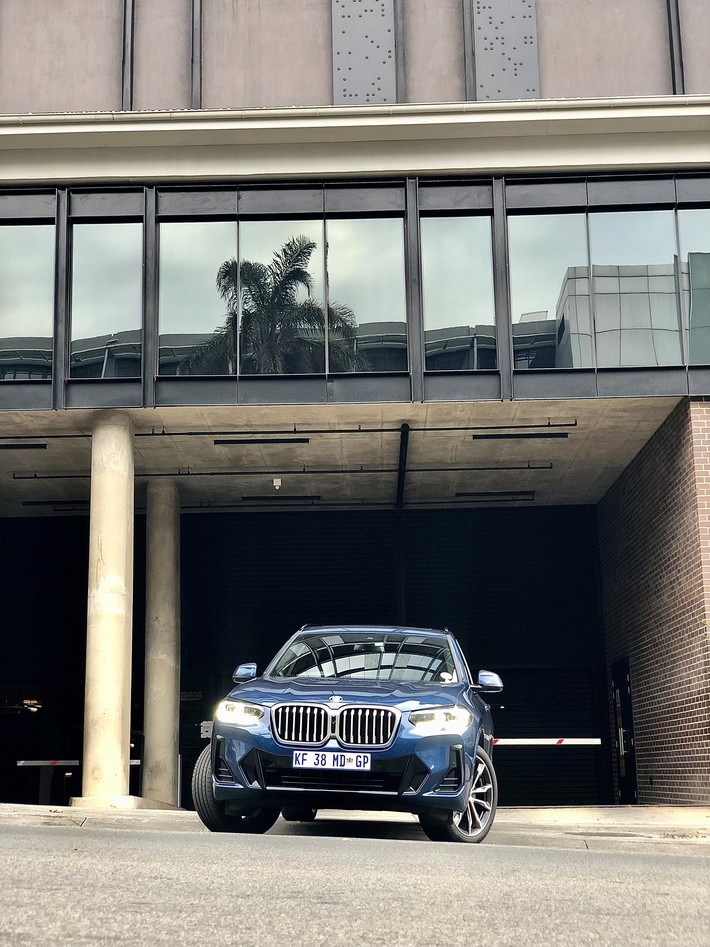 A black border gives the full LED rear lights a more precise appearance, while the narrower light graphic now includes a three-dimensionally modelled pincer contour and horizontal turn signals integrated in filigree style. The emphasis on horizontal lines, for example in the concave area at the lower end of the tailgate, contributes to the tidy impression of the rear. 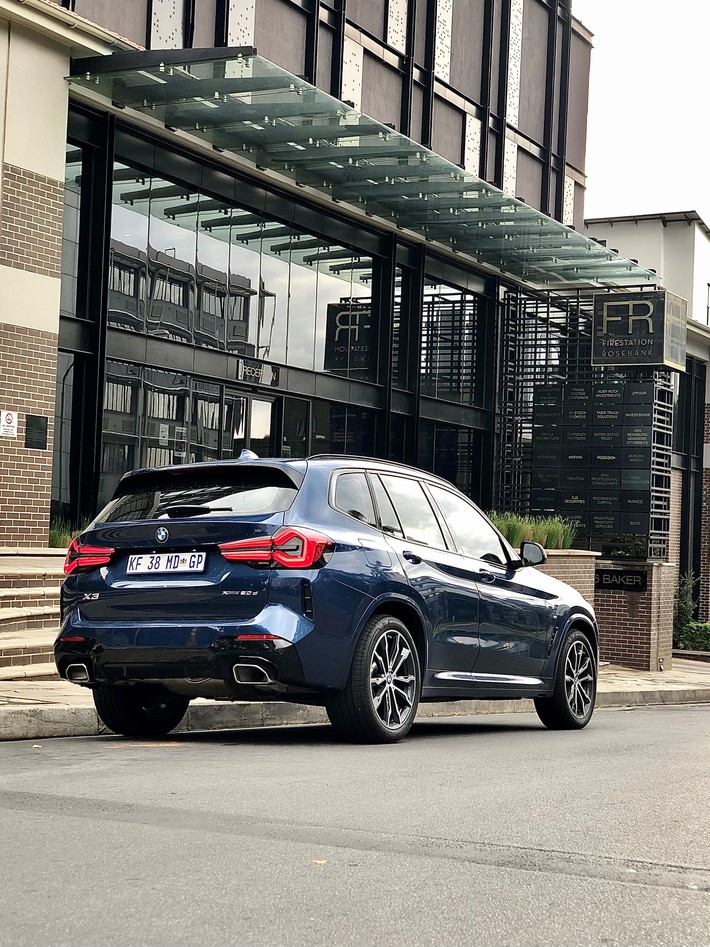 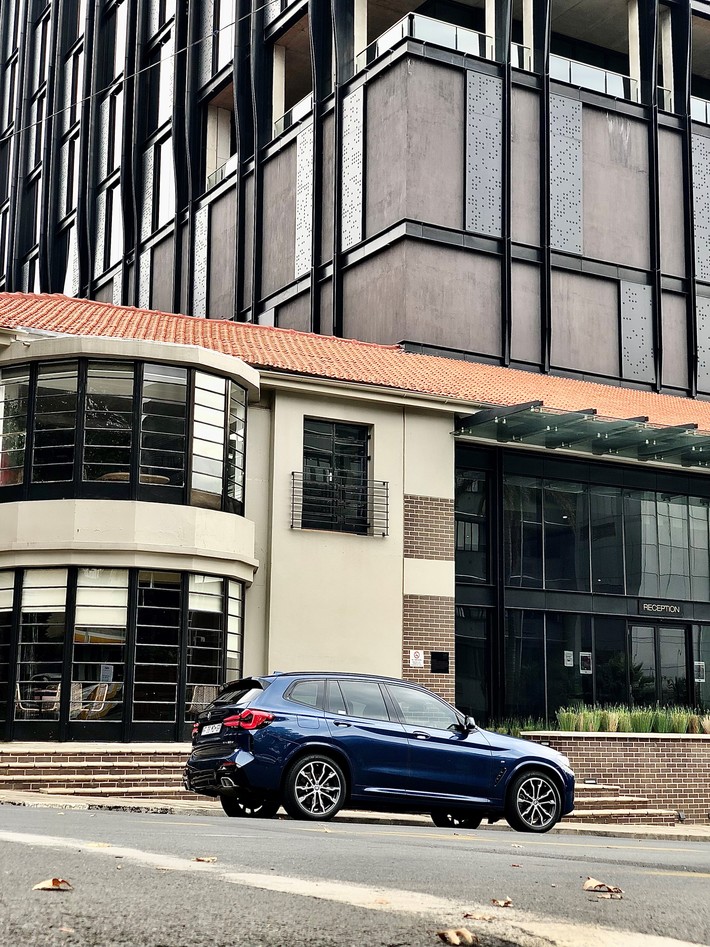 The new BMW X3 adopts the centre console of the current BMW 4 Series. The free-standing, central Control Display with touch function now offers a screen diagonal of 10.25 inches as standard in all vehicles. A 12.3-inch version of the touch display is also available as an option. The significantly improved standard equipment now also includes sports seats with covers from a new Sensatec generation in the new Ray grain and with perforated main seat surfaces, as well as automatic climate control with 3-zone control. Who would have thought that BMW’s team would have deliberately reduced the complexity of the equipment lines and optional extras? Perhaps it is getting all too confusing? So, the interior has been simplified for greater harmony. Listen, there’s still a plethora of buttons to touch, but that’s a BMW thing and I’m not complaining.

From an engine perspective, the X3 now includes hybrid technology for the emphasis on economy and added performance.

All engines are driven via an 8-speed automatic specifically matched to the respective engine characteristics. BMW xDrive all-wheel drive makes a significant contribution to the versatile sporty flair of the BMW X3. Its precise electronic control ensures especially sporty power distribution that is typical of the brand. Its rear-wheel orientation makes dynamic cornering an especially intense experience. In addition, BMW xDrive optimises both driving stability and traction over rough terrain. 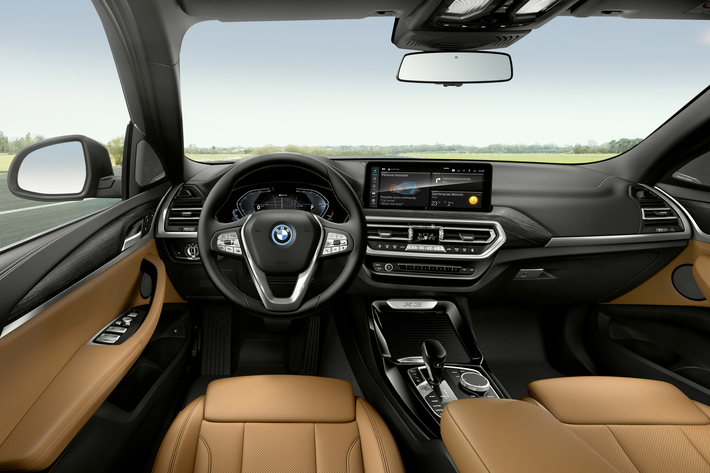 BMW Live Cockpit Plus and BMW Live Cockpit Professional offer optimised. wireless smartphone integration via Apple CarPlay. Here, the driver can view all the important information from the apps on the Control Display and – in intelligently processed form – in the instrument cluster and the optional BMW Head-Up Display.

With Android Auto™, the BMW Group has added another customer-relevant service to its range of seamless in-vehicle connectivity, offering easy and safe use of smartphone functions such as music, media or messaging apps while driving. Highlights of the interaction between Android Auto and BMW include convenient and wireless networking and the intelligent integration of Google Maps navigation instructions in the BMW Head-Up Display.

The BMW Intelligent Personal Assistant is also constantly gaining additional capabilities in the BMW X3, creating an even more intensive bond between driver and vehicle. With the digital companion, naturally spoken instructions can now be used to regulate the air-conditioning, open and close the windows or change the driving experience switch modes, for instance. It can also access the new News app, which reads out the latest news to passengers, and learn routines that increase comfort and driving pleasure in certain situations.

Undoubtably a great vehicle with many outstanding features. Perhaps a downside is the price. I drove the X3 xDrive20d which featured some optional equipment that took the price souring to R1 100 000. This is no longer in reach of many families. The gap between commercial and premium vehicles is narrowing. So, with that said there are now a plethora of options for customers that start at R500 000 upwards.