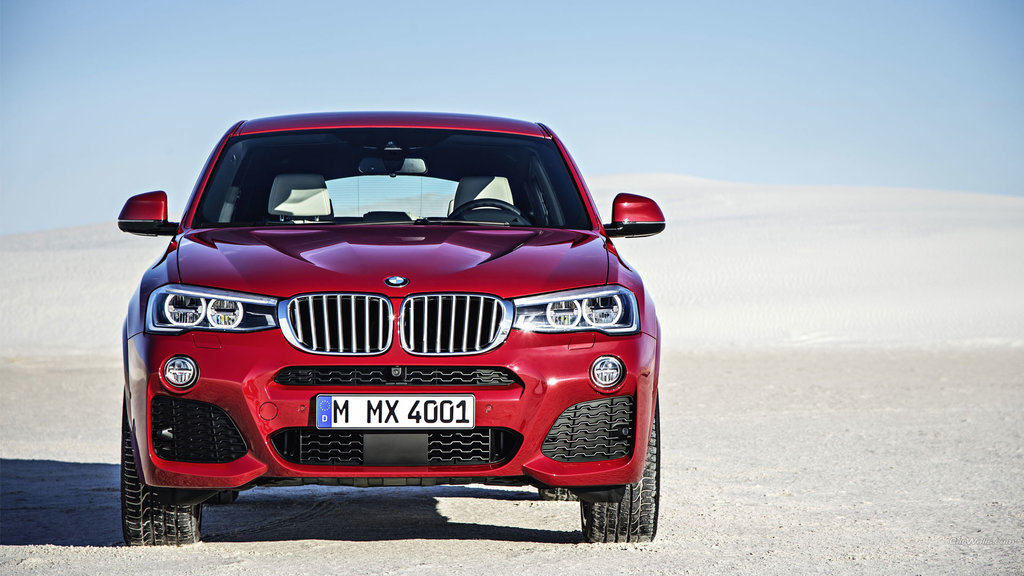 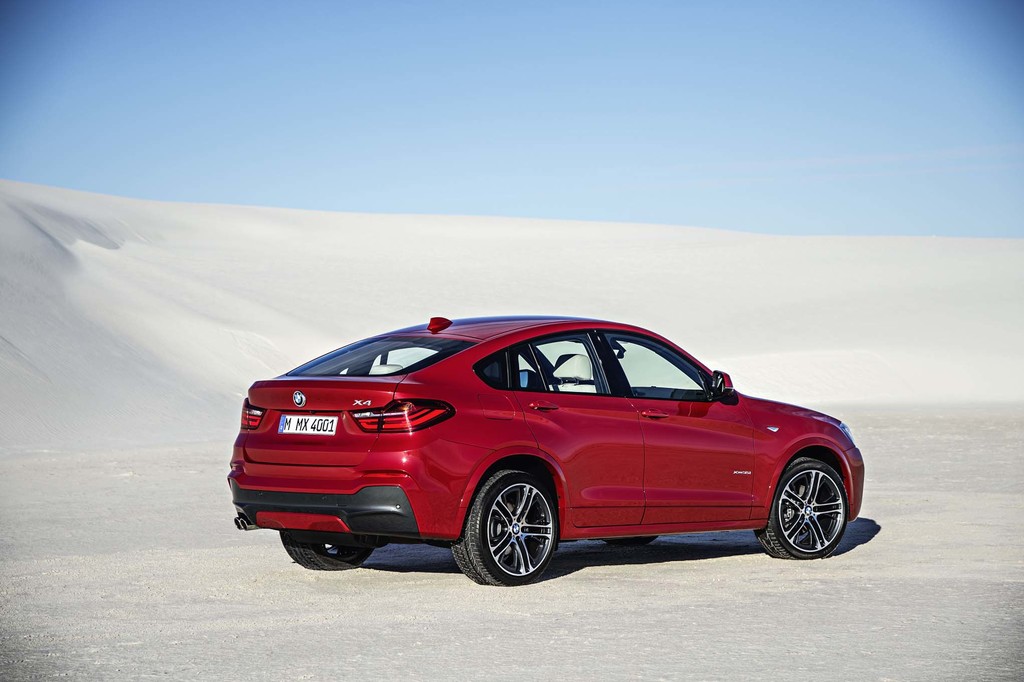 It was 2013 when I first saw the BMW X4 in the flesh, granted it was the concept car and not exactly the same as the production car that is for sale currently. Few concept cars make their way to market without some ‘commercial’ alterations, which inevitably tone down their original wow factor. Presumably cost of production being the major culprit when deciding what to keep and what not too. The X4 concept, it was a real head turner. A compact version of the striking X6, only smaller. My eyes popped as I saw it, my legs moved quickly towards it. I inspected every nook and cranny of its bodywork and felt confident that BMW had a winner on their hands. (See below in blue) 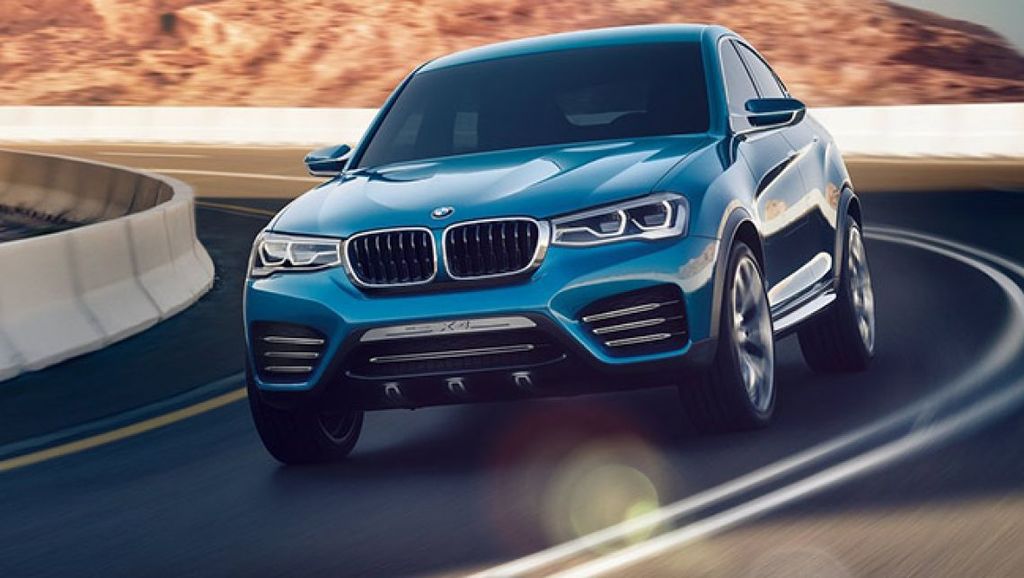 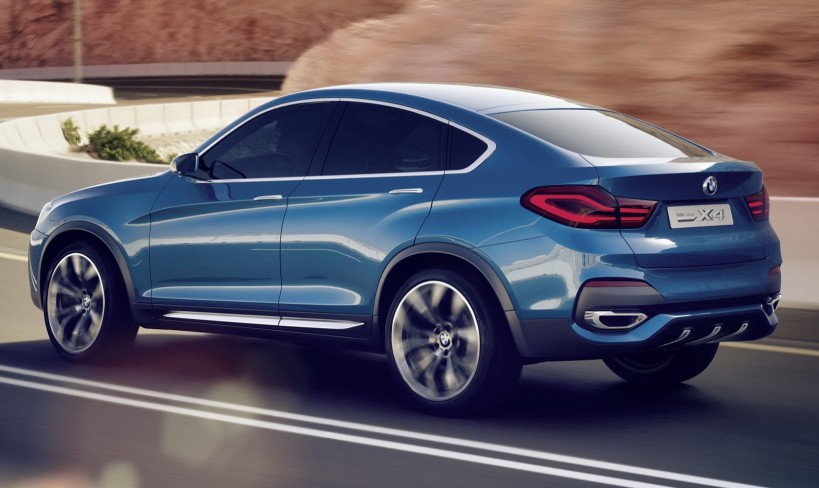 Fast forward to 2014.The actual X4 definitely comes from the concept car, but the modifications seem to have detracted from its original presence. In fact the X4 looks like it adorns the same refreshed face of the X3 while borrowing its rear end from the 3-Series GT, making it less like a smaller X6 but rather a fusion of the abovementioned cars.

Having seen a few on the road I can confidently say that I like the X4, though paint colour and mag wheel selection play a vital role in deciding whether or not your X4 looks “hot to trot” or demure dandy. 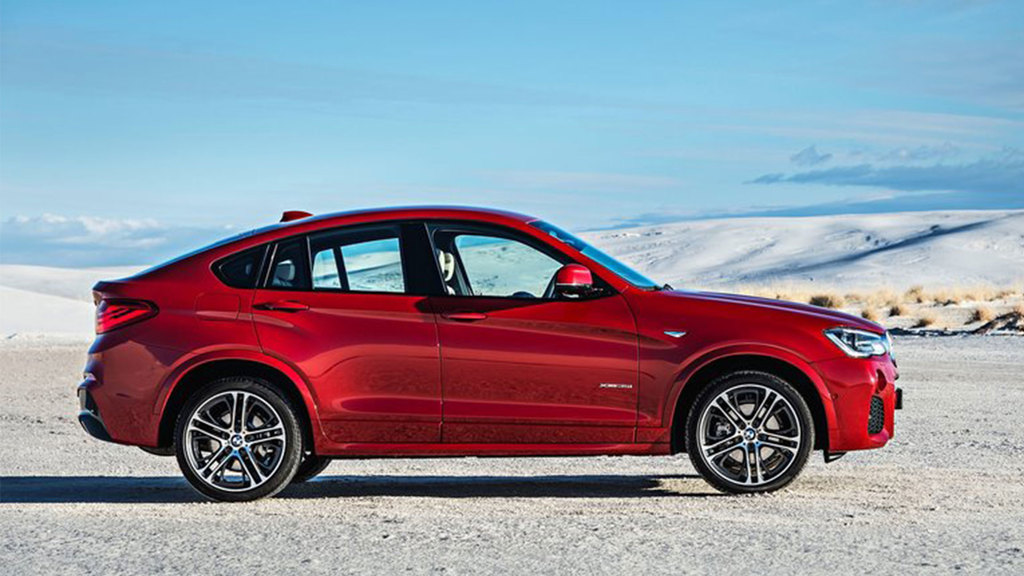 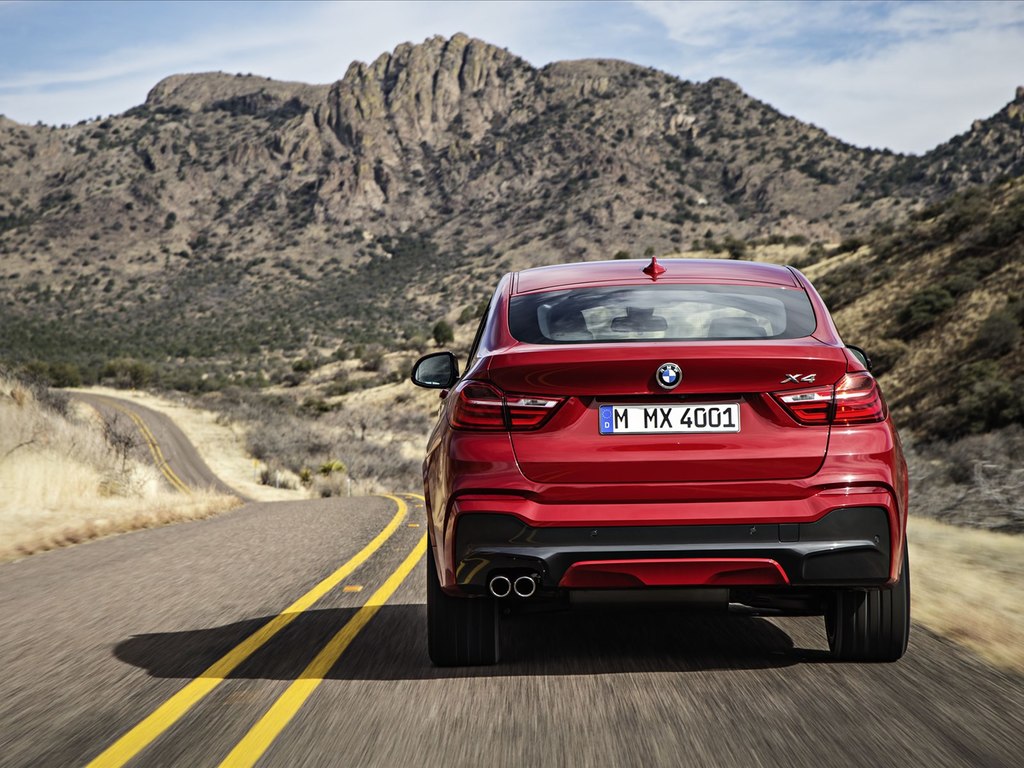 The X4 is a BMW; by making that statement one recognises and automatically assumes that the X4 is a performance orientated car. Well it is. The X4 is built off the highly competent X3 though with a few minor under the skin tweaks that enhances its driving prowess.

The X4 on test featured the brand’s outstanding 3.0 turbo diesel engine. This engine like BMW’s 2.0 turbo diesel unit is sublime. The 3.0 features six cylinders, thankfully this six pot dispels any myths of a diesel engine sounding like a tractor. Rather it is replaced with a sweet revving and sounding gem; only audibly acute members of society would hear a tiny diesel gargle.

The X4 is a fairly big vehicle, but its size and elevation don’t camouflaged its dynamics. The X4 happily tackles a variety of roads like a jack of all trades. Able to dash from 0 to 100km/h in 5.8 seconds, dart around bends, drop off up to four kids on a school run and help a mate move home with its cavernous boot capacity. Not happy to rest on its laurels, the X4 is also content off the beaten track, manoeuvring through mud, sand and smaller rocks. 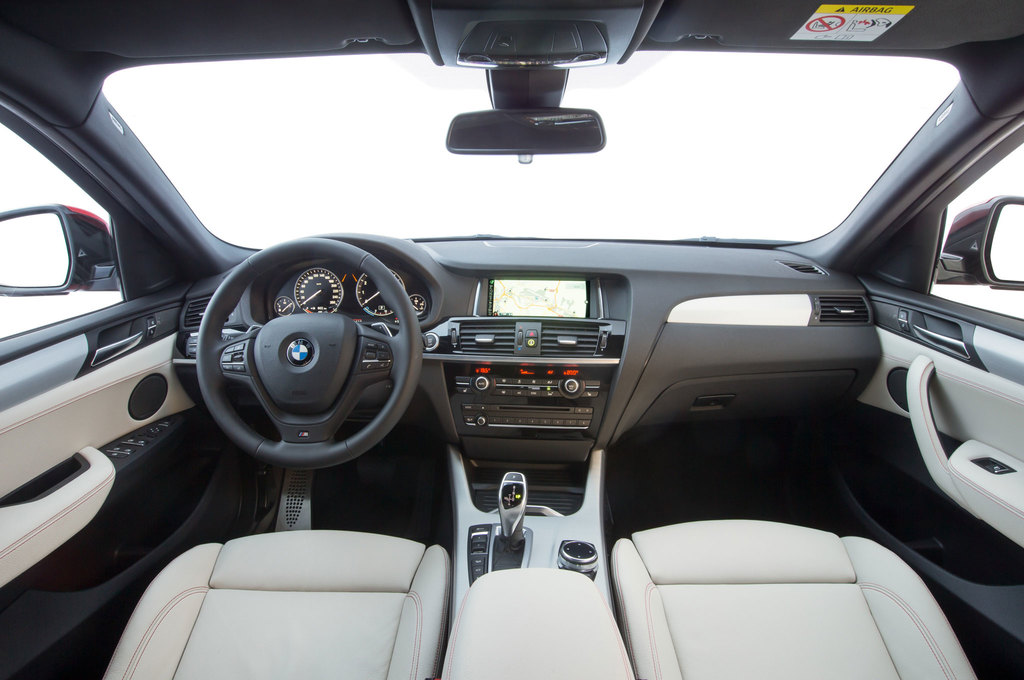 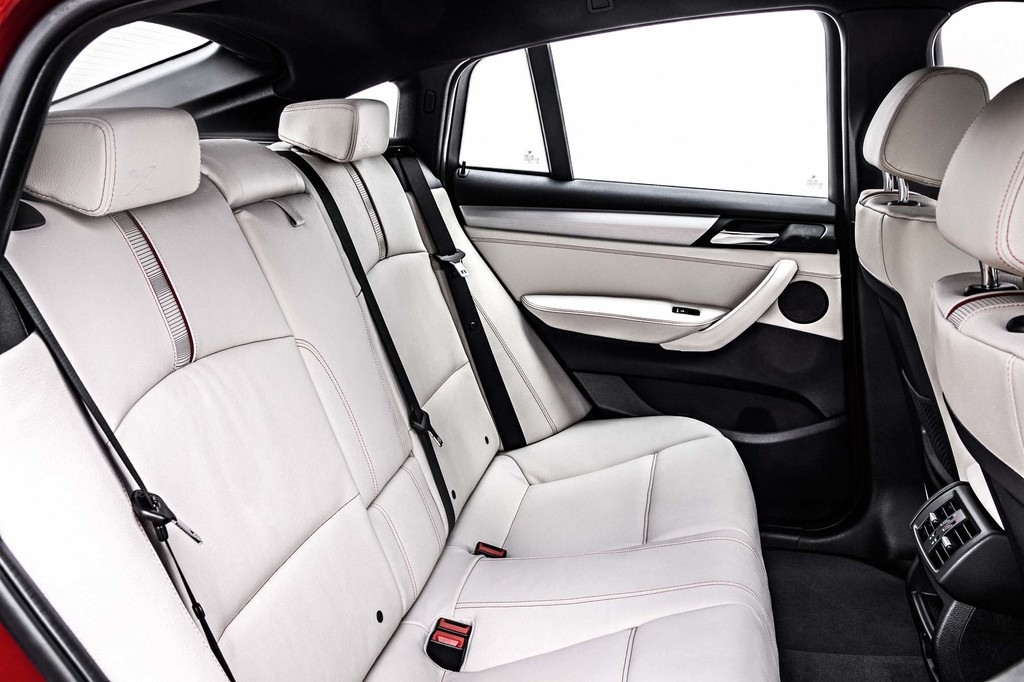 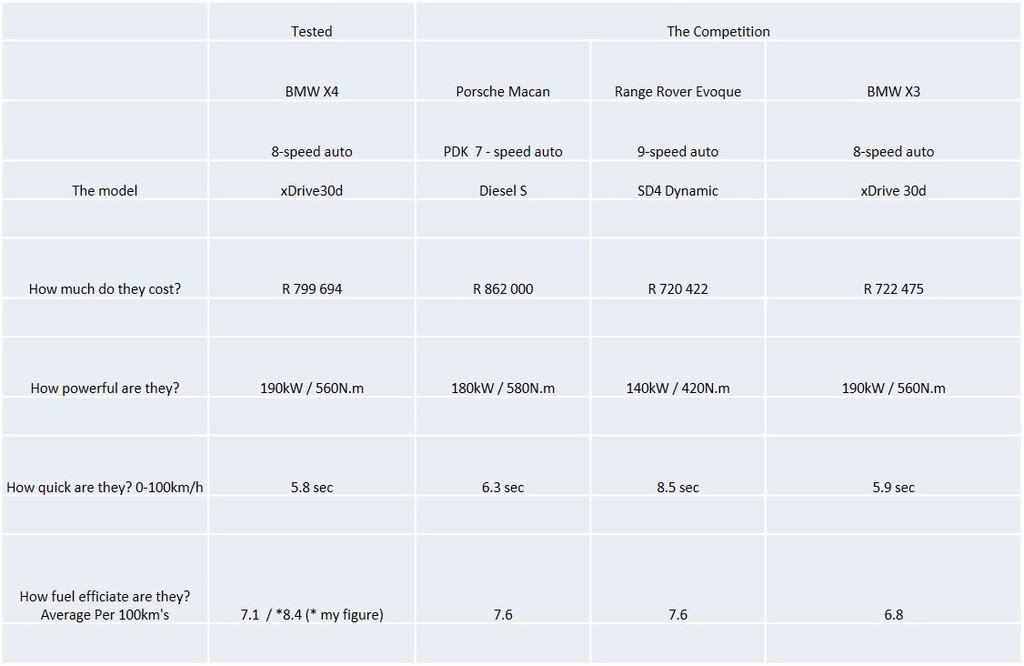 I like choice but sometimes having a buffet of it leads to unnecessary confusion.

Each of these cars has been designed to cater for a specific individual with a specific psychographic profile, i.e. niche profiling and with such a vast array leaving no personality not catered for.

The X4 is for a person who likes to remain an individual and who is less interested in the masses.

It competes with the gorgeous Range Rover Evoque and Porsche’s newest SUV, the Macan. Both the Evoque and Macan are a tough acts to follow.

The Evoque features smaller 2.0 petrol and 2.2 diesel engines so is better placed head-to-head with an X4 2.0d or 2.0i and 2.8i. It’s the pretty boy of the group, offered with high levels of standard gadgetry.

The Macan, being a Porsche, is designed to be the athlete – the jock within said group. It’s expensive and if you want one you’ll have to wait in a global queue. Funnily enough, it is outpaced in a straight line by the Beemer.

Lastly, we have the X3. The best value for money offering and direct relation to the X4. Question is: are you happy to drive a highly accomplished SUV that belongs with the lift club brigade? If so, good on you, you’ll save on the initial purchase and drive a brilliant car.