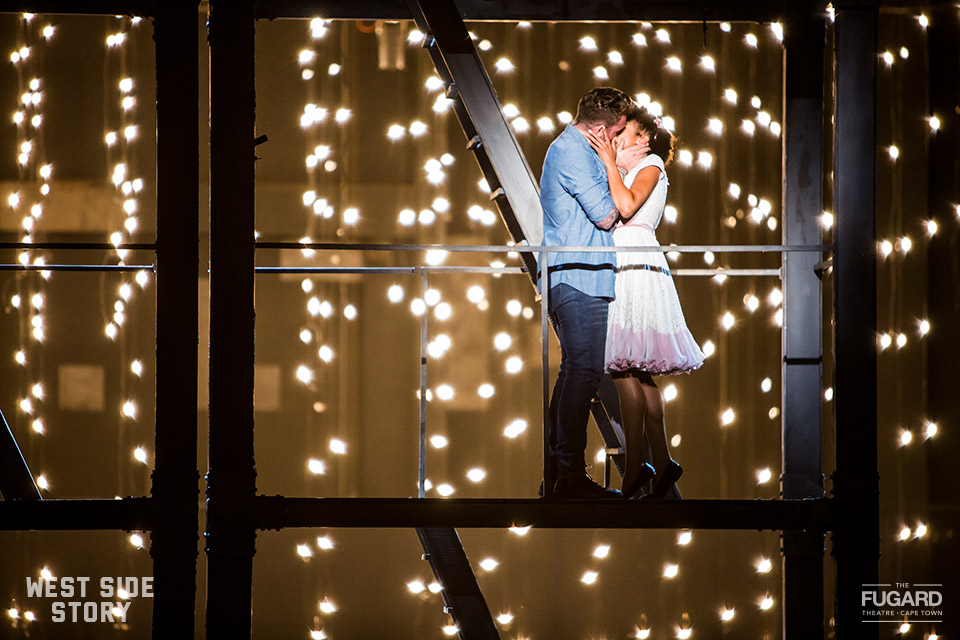 Opening night ended with an extended standing ovation from a delighted Johannesburg audience roaring their approval of a truly magical production of the musical masterpiece that is West Side Story.

The long-awaited Fugard Theatre, Eric Abraham production is finally at the Joburg theatre (now till 5 March) –directed by Matthew Wild-  the most exciting thing about this iconic classic based in New York in the 1950’s, is that it is proudly South African in every facet, from the terrifically talented cast  to the remarkable set, lighting, costume and sound designers. 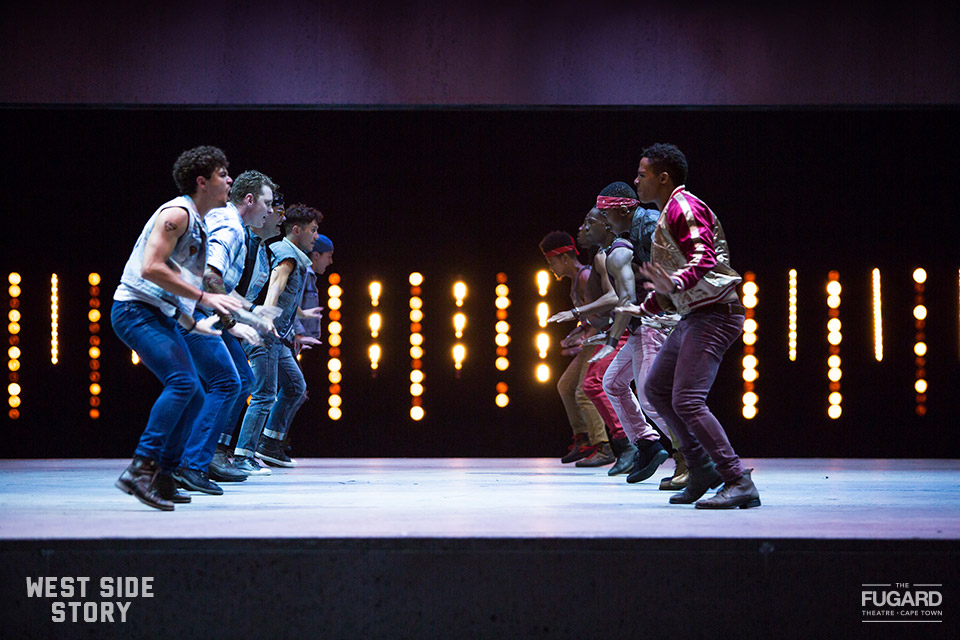 Without the music by Leonard Bernstein, there would be no West Side Story and the Philharmonic Orchestra (Elsabe Labscher, Orchestra Fixer, Charl-Johan Lingenfelder, Musical Director & Conductor) gave a flawless rendition of the magical classics such as “Maria”, “I Feel Pretty” and “Tonight”. 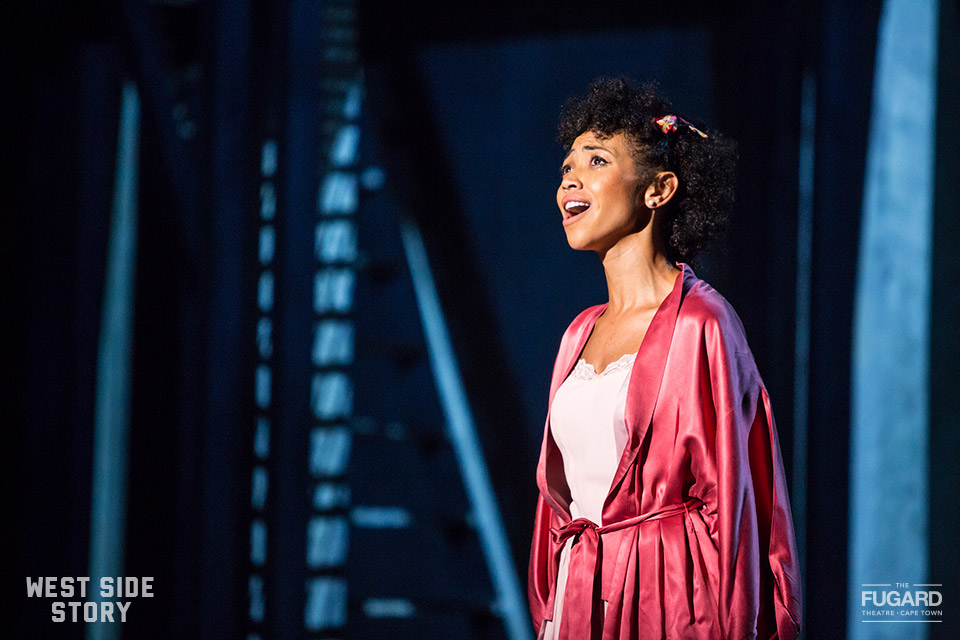 The story is inspired by Shakespeare’s Romeo and Juliet and is set in the Upper West Side neighbourhood in New York. It deals with the timeless, universal themes of discrimination, gang violence and forbidden love. The cast delivered in spades- Jonathan Roxmouth (multi-award winning actor from Randburg!) as Tony was nothing short of spectacular- after his rendition of “Maria” there couldn’t have been many dry eyes in the audience. Lynelle Kenned makes a sublime Maria and her duets with Roxmouth are unforgettable. 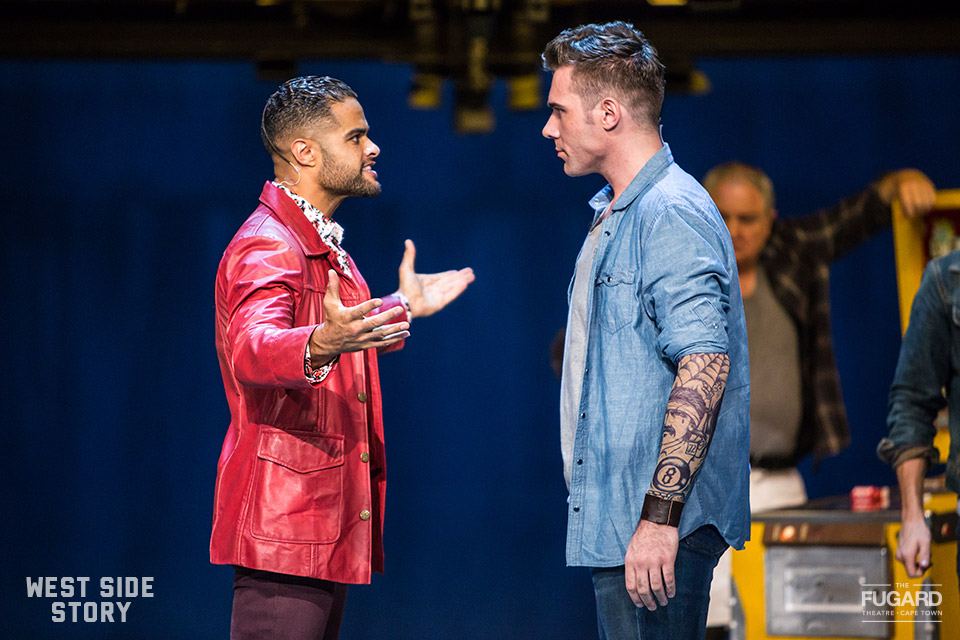 Nuggets in the brilliant cast are Christopher Japhta as Bernardo, Maria’s brother and leader of the Sharks gang (he’s ridiculously ripped) - his Bernardo is passionate and fiery, as is Riff, leader of the Jets, played by gifted Stephen Jubber. Seasoned actor Craig Urbani as Detective Schrank rams home the ugly side of the story- “I got the badge, you got the skin.” His American accent is flawless. But my favourite is Anita, played by an enticing Bianca Le Grange, who totally nails the character with her captivating presence and mesmerizing voice. A highlight of the show is her “I like to be in America”. Kudos must go to Adrian Galley, the dialect coach (American and Puerto Rican accents), who also plays a concerned and peace-loving Doc. Another highlight is the Tonight quintet, sung by the Jets, the Sharks, Tony, Maria and Anita. Superb.

Louisa Talbot captures the sinewy Puerto Rican style of dance and American jazz with captivating choreography and the fight scenes created by Richard Lothian are breathtaking. The dedicated cast gives their all with inspired dancing and singing. 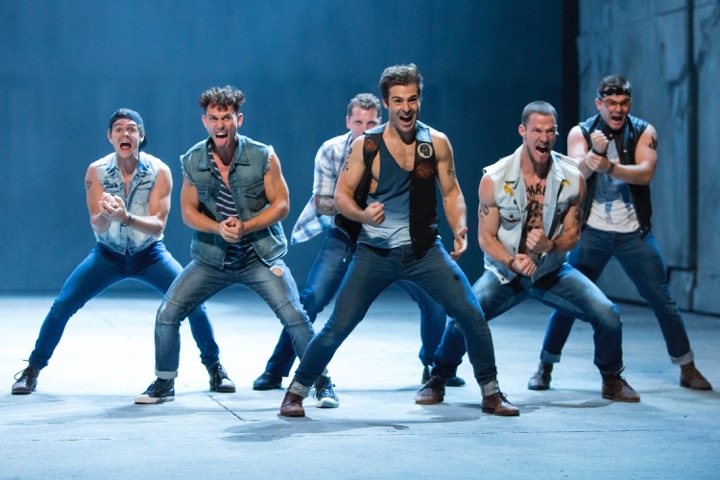 If you love musical theatre and Broadway musicals, do not miss this production- it’s thrilling!

The season will run from 24 January to 5 March 2017 and tickets are now on sale through 021 461 4554, Computicket, 08619158000 or from the Joburg Theatre directly. Advance booking is highly recommended. The producers recommend an age restriction of 12 years with parental guidance.

2.The Jets and The Sharks (Credit Daniel Rutland Manners)