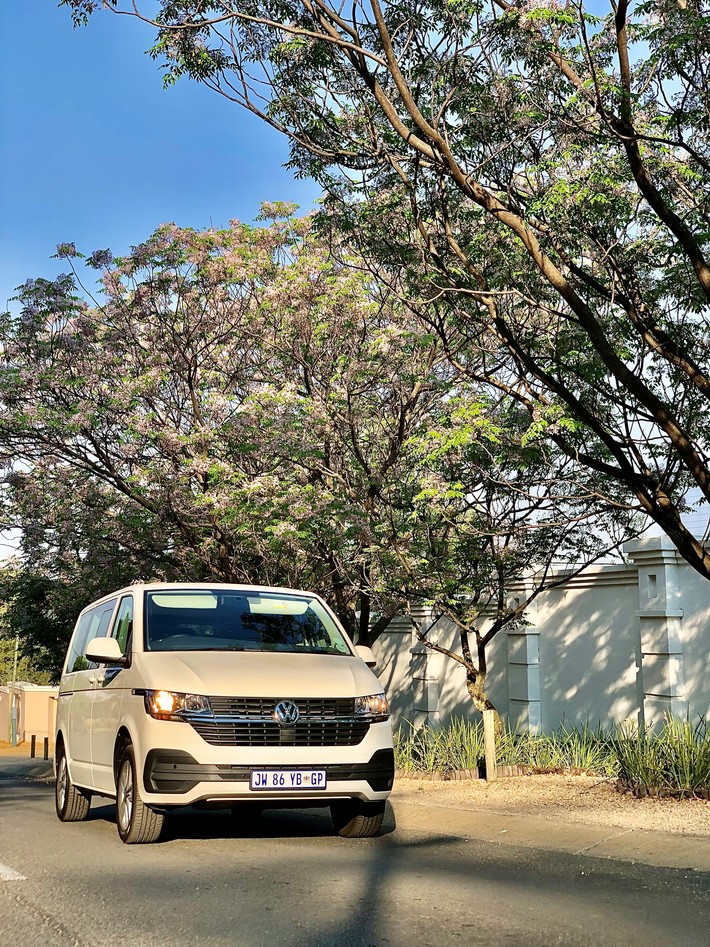 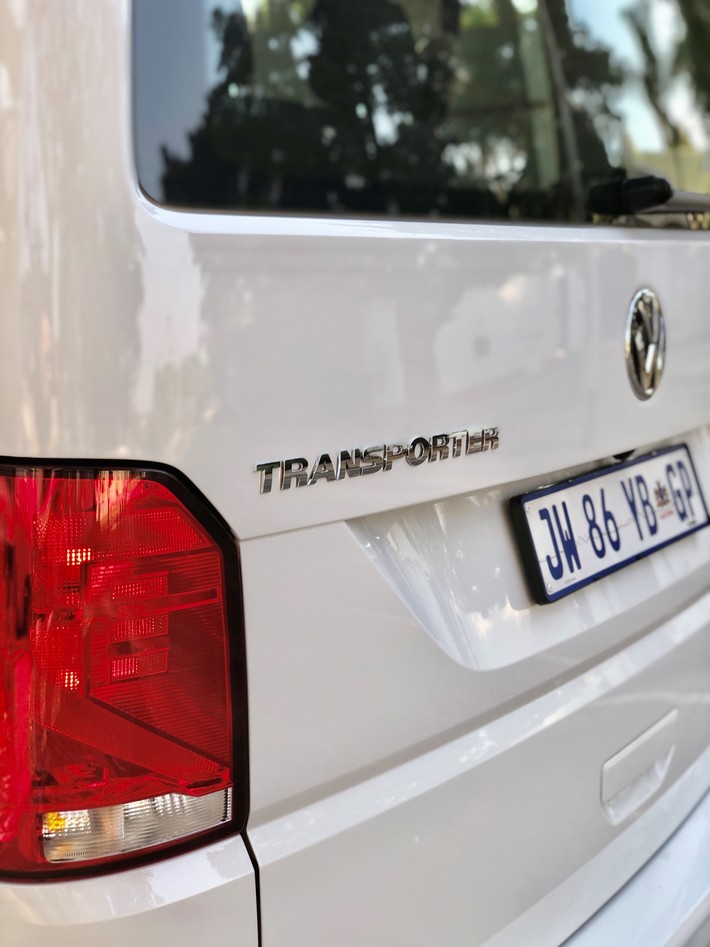 Now in its sixth generation, the Transporter range has sold around 12 million units worldwide; no other commercial vehicle in the world has been on the market for as long as the Transporter has. In South Africa, 10 097 units of the T6 range have been sold since its launch in 2015. The T6.1 will now continue the heritage and sales success story of the T-Series model range in South Africa.

Particularly striking is the radiator grille, which is now significantly larger and forms a single stylistic unit with the new bumper. All elements below the bonnet, like the headlights, are new. On all versions, two chrome-plated cross-bars link the new headlights to the radiator grille. The lines of the two cross-bars are continued as LED daytime running lights, extending all the way into the housing units of the headlights, which depending on the specification can also be LED. The grille itself is now drawn out into the striking bumper. 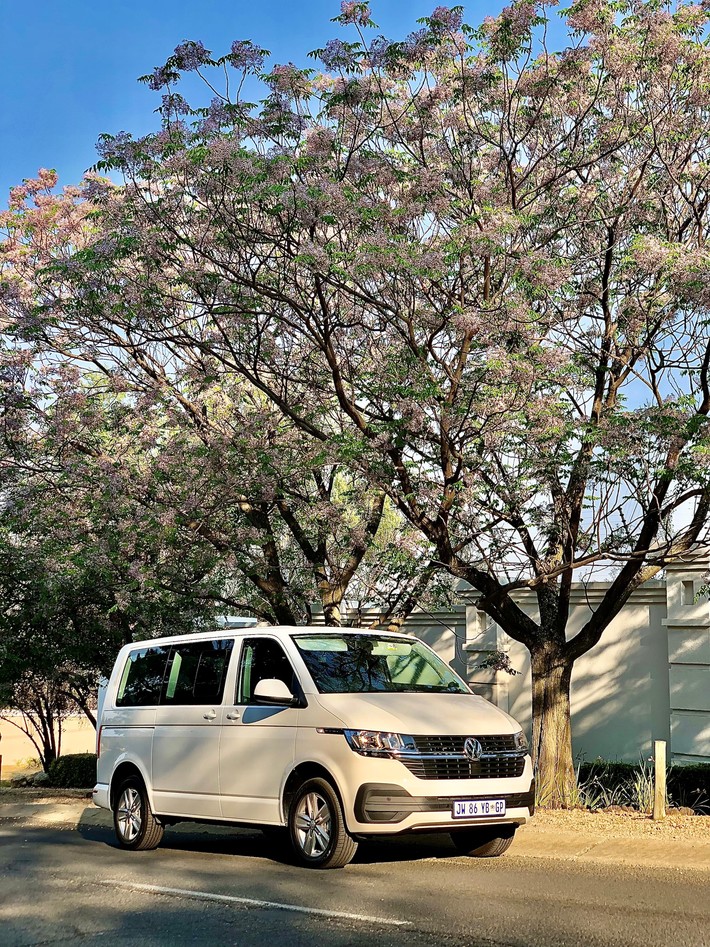 There are also six newly designed wheels, six new exterior colours and seven newly joint two-tone paintwork finishes (optional R34 300) to round off the new exterior updates to the range.

The new instrument panel not only meets the requirements of digitalisation, but also the aim of supplying elevated levels of practicality. The panel has been equipped with an additional shelf in front of the driver. Also new is a larger tray for a smartphone with an inductive interface for charging which is an optional feature. The air vents in the dashboard can now be adjusted in every direction and simultaneously opened or closed using one slider control. Previously, a second slider was needed for opening and closing.

The steering wheel has also been redesigned. On the new multifunction steering wheel, there is a ‘View’ button, which enables the driver to switch between the digital cockpit's different display configurations with just one click. The T6.1 steers electro-mechanically
Electro-mechanical power steering is being used for the first time in the T6.1. This has two major benefits: unlike the hydraulic system it replaces, the new steering system can be controlled as needed and this reduces fuel consumption. At the same time, through its controllability, it opens access to numerous new driver assistance systems. The electro-mechanical power steering system transmits steering commands to the wheels more directly than the systems in earlier models. That makes the T6.1 noticeably more agile and precise. To use the potential of the new steering system combined with the new range of tyres optimised for low rolling resistance, the tuning of the conventional and regulated chassis versions has been further optimised in the direction of driving comfort and handling. With the introduction of the optional second-generation chassis control system (DCC), the adjustment options have increased. Via driving profile choice, the driver can now set the desired level of damping seamlessly using a slider control. On the conventional chassis versions the damping forces are set dependent on the spring travel and thus ensure that the T6.1 is smoothly kept stable in all load situations. The range of familiar slip and braking control systems has been expanded through the addition of the XDS function, which improves the handling and traction characteristics of the T6.1 through gentle application of the brakes. 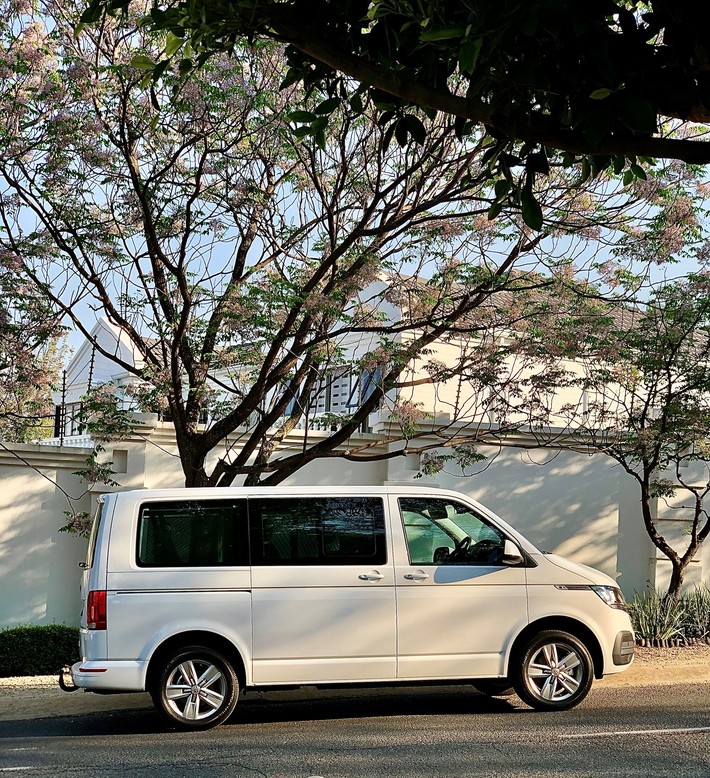 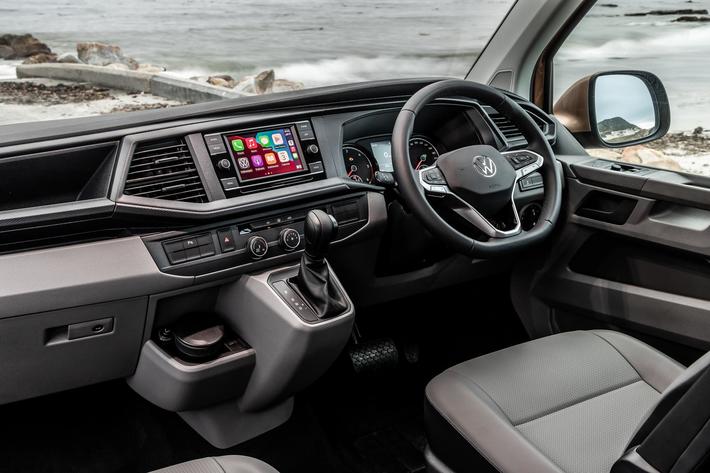 The Transporter Crew Bus offers three options of engines in addition to the choice of wheelbases. Access to the rear passenger area is through a double near-side glazed sliding door, while at the rear there is a glazed tailgate with heated window and wash-wiper. Featuring a robust rubber floor covering throughout the cab and cargo area, as well as four load-lashing rings in the cargo area, the Crew Bus’ flexible interior can be transformed in seconds from a comfortable five, six, eight or ten-seater, into a spacious delivery van. The T6.1 Kombi, the bestseller in the range, is being offered in two model lines: the Trendline and the top-of-the-range Trendline Plus. The Kombi’s interior trim is in Titanium Black in all model lines, as are the seat covers in the standard version. The door handles are in chrome. In addition, the Kombi is embellished inside in all models by chrome-look trim and black instrument visors. Even on the base Trendline version, the Kombi’s bumpers are painted in the vehicle body colour. In the Kombi, the Circuit fabric is used as standard. The backs of the seats are also equipped with two new pockets to create space for gadgets such as smartphones. The T6.1 range will launch with three 2.0-litre turbo diesel (TDI) engines with common rail injection that are both economical and sustainable. The four-cylinder engines deliver between 81kW and 146kW of power.