February saw the launch of the New Generation Corolla, the 11th to be exact. At the launch, I had my moments with three of the four variants available (1.3, 1.6, 1.8 and 1.4 turbo diesel). I walked away for the launch pleasantly surprised. In the past, my thoughts of the Corolla were tainted by my aspirant desires for things fast & fancy. A life of practicality and reliability seamed inconsequential and non-important.

The past two years as a motoring journalist have allowed me to sample all and sundry. Now somewhat satisfied, enlightened and grounded by my exposure, I understand the need for practicality and reliability.

So excuse my boyish adolescent explanation of why I now think the New Generation Corolla is cool!

Cool - in the sense that the New Generation Corolla looks chiselled and contemporary. Cool – in its slick new interior that resembles a Lexus. Cool – that the car’s overall road presence does wonders for the Corolla brand. 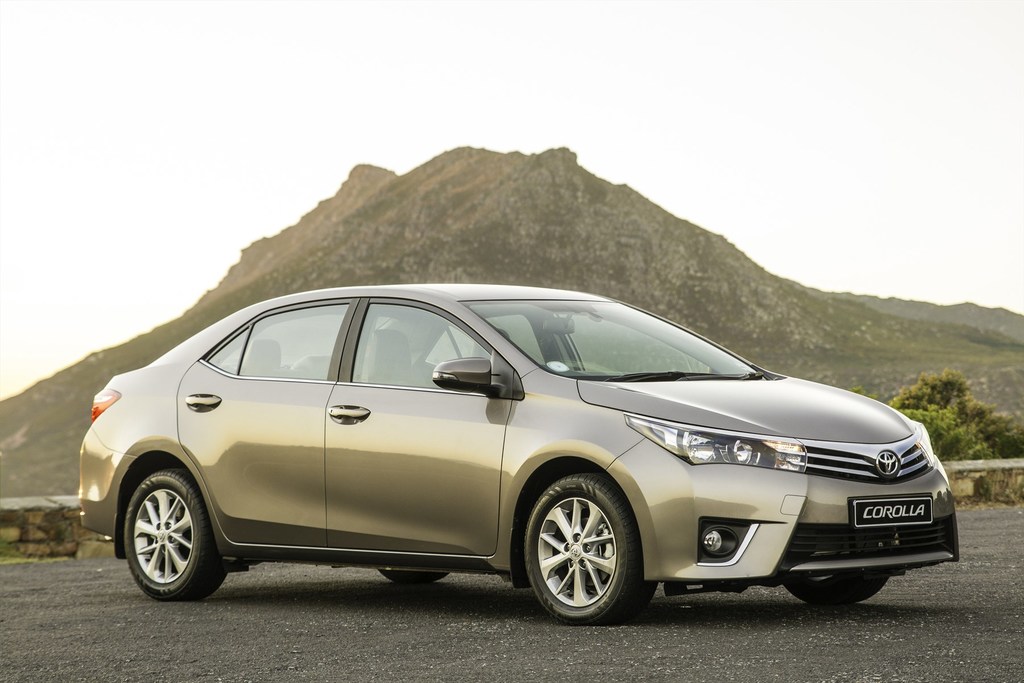 So is it cool on the road?

The 1.4 turbo diesel engine is the pick of the bunch. It offers enough punch in and around the inner city and zesty enough to cruise the freeways with satisfactory acceleration. The real benefit of the engine comes in its economy. During my week with the Corolla I recorded my best figure of 5.2 litres per 100km, which included a trip into the countryside and back to the city. This read out is via the Corolla’s LED touch screen infotainment system, which uses a graphic graph to illustrate your consumption measurements over a period of time.

Another benefit of the diesel engine is its muted murmur. To date it is the quietest diesel engine I have ever driven. This observation is based on audibly listening to the running of the engine form the outside. If you sit inside the cabin it is almost inaudible. This can be credited to a very well insulated interior that smells of luxurious leather and is a standard feature on the 1.4D Prestige.

The Corolla has a supple but assuring ride. The Toyota engineering team has placed attention in this regard to ensure its ‘bread and butter’ car offers the best in class ride. Steering is power assisted and feels pinkie finger light. This is great for nipping in and out of the city and awkward parking bays, but lacks feedback and driver involvement on more spirited drives. But I suppose that isn’t the point. If you wanted that, then buy a Toyota 86 and ‘go play’.

The Corolla features a six speed gearbox, which has been design for ease of use and longevity. Mated to the 1.4 engine, you need to keep the rev needle above the 1800rpm line (this is the point at which the turbo works its magic). Before that, the Corolla can feel as flat as a pancake, chugging forward just before the car becomes alive. 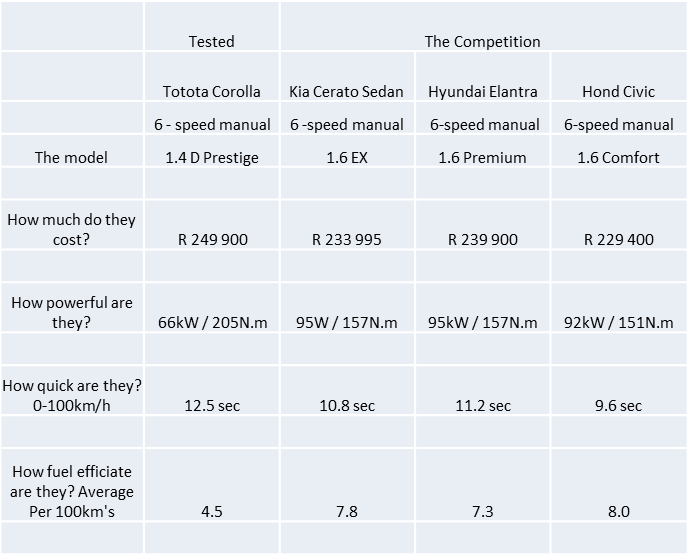 The New Generation Corolla is cool. It is unashamedly understated - it under promises and over delivers in many respects.

The Corolla 1.4D doesn’t have any direct competition so to speak as it is the only diesel in its class. Its competitors have all stuck with petrol options, which the Corolla has too over and above its diesel engine. But Korean competitors’ petrol options are not to be overlooked. In fact South Africa’s leading motoring mag placed the 1.6EX  Kia Cerato sedan just above the 1.6 Prestige Corolla. When comparing apples with apples perhaps the Kia would be slightly better, but where the Corolla excels is with its diesel, being the pick of the Corolla bunch.