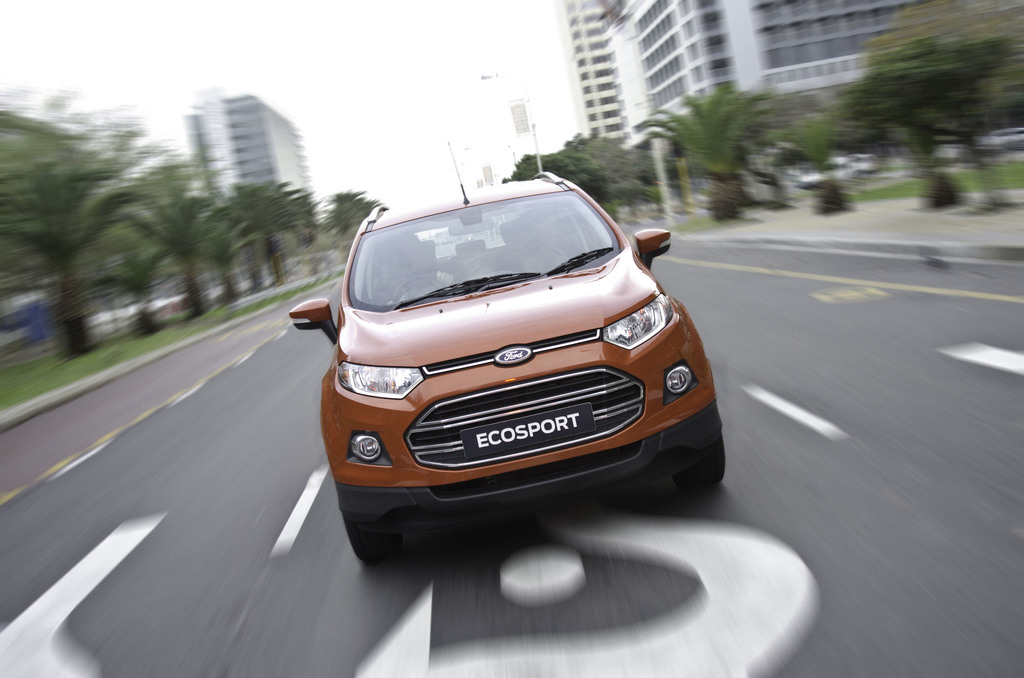 So the price of petrol went up again and one thing is for certain our incomes aren’t climbing the economic ladder as fast as the price of fuel.  This is a real concern, not only for us but the entire globe.

As a result, car companies are making vehicles that use less fuel and promise exciting performance. With the competitive nature of the motoring industry being what it is, manufacturers are promising cars that run on air and are able to microwave popcorn via Bluetooth on our smart phone, all while you drive. It’s a joke!

So does Ford deliver on their promise of being economical and sporty?

The Ford EcoSport represents the voice of the consumer and the way forward for cars of the future. The EcoSport has been designed for a new generation customer. This generation of customer likes the concept of a SUV. They want it all: Looks and nippy performance in the cities and freeways, while costing them as little at the pumps as possible. Long-term ownership and servicing costs are a concern too. Lastly they are from a generation that enjoy technology, so the EcoSport needs to offer all the latest bells and whistles. 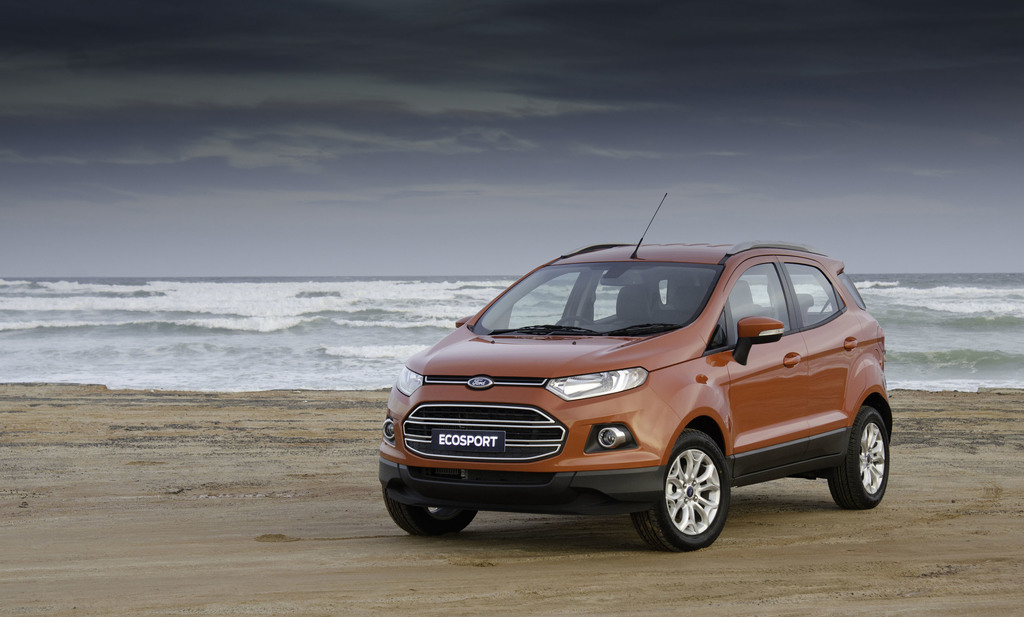 The little SUV is tall and slim. From the front, Ford has created a vehicle that oozes character. The EcoSport features Fords kinetic design language that can be seen on the Fiesta and Kuga.  The rear door features a butch spare wheel and aids the car image as an active urban warrior.

The EcoSport offers a high ground clearance, giving its driver a commanding position in the traffic. The ride and handling of the Eco Sport are comfortable and well insulated from the road on which it rides. Its chassis is borrowed from the acclaimed Fiesta, so think of the EcoSport as a Fiesta in fashionable active gear with flat form heals. 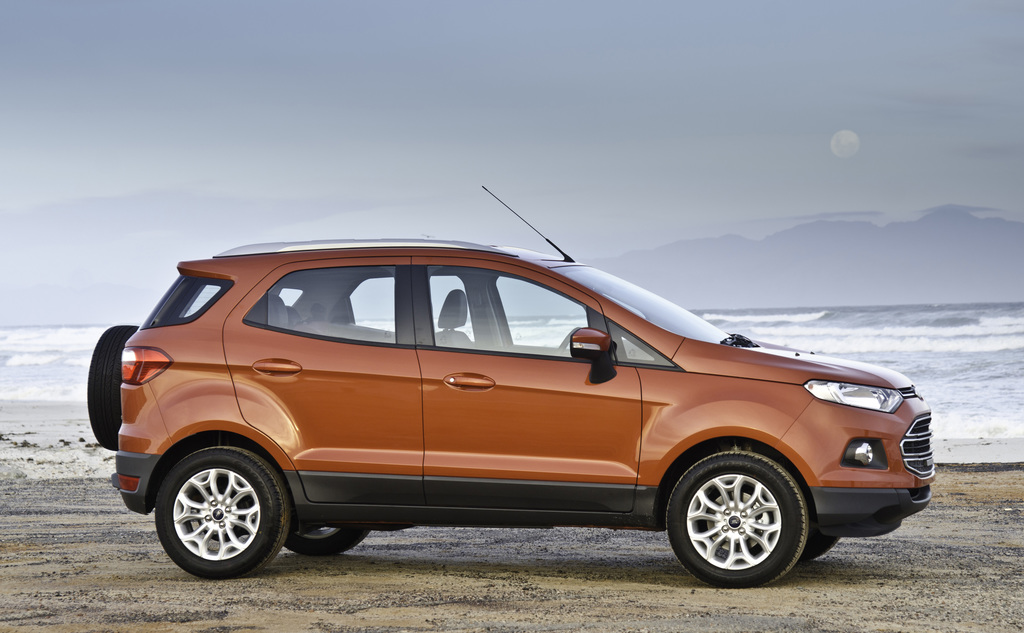 The urban SUV is easy to manoeuvre due to its compact proportions and offers good visibility through all its windows. The cabin also has 20 practical storage spaces, including a glove box that can keep up to six beverage cans cool. Its cargo space at the back is just as versatile. The rear seats can be easily folded down for additional cargo space. With the rear seats tumbled against the front seats, the boot space increases to 705 litres, big enough to fit a washing machine. Alternatively the rear seats can be split 60:40 to transport long objects such as flat pack furniture, while still carrying passengers at the back. 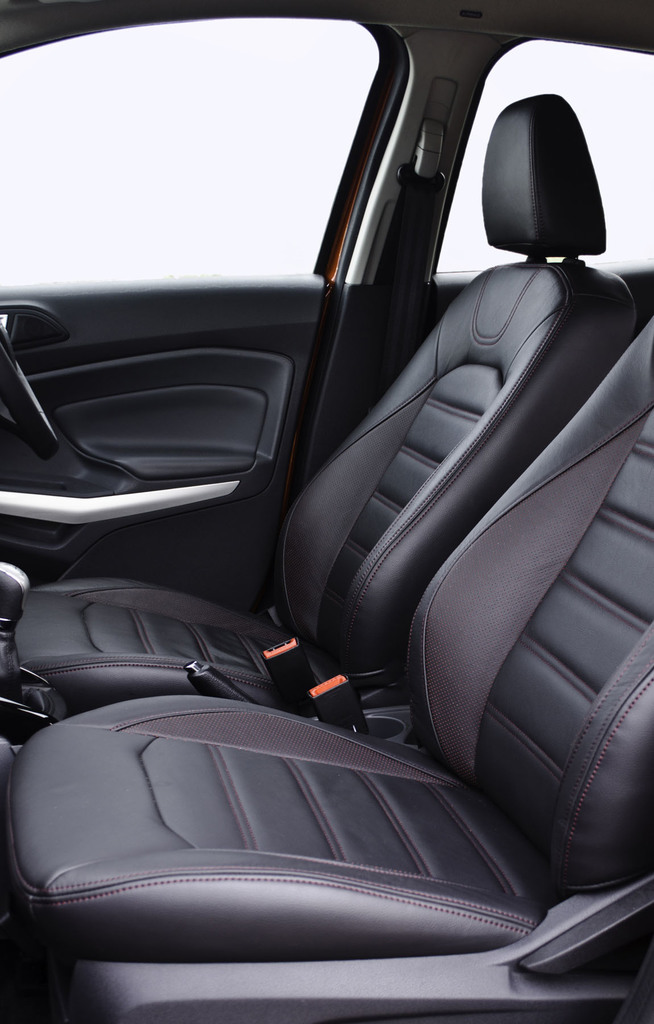 It has a fantastic engine. Its little 1.0l EcoBoost engine is a little bigger than a sewing machine yet is a spritely performer, sprinting from 0-100km/h in 12.5 seconds. Its three cylinders are boosted with a turbo, think of it as a frugal 1.6l engine replacement.

The 1.0l EcoBoost engine has won the coveted title of International Engine of the Year for the last two years running and it sounds like a Porsche Boxter. So the ride height and engine gets a thumbs up. 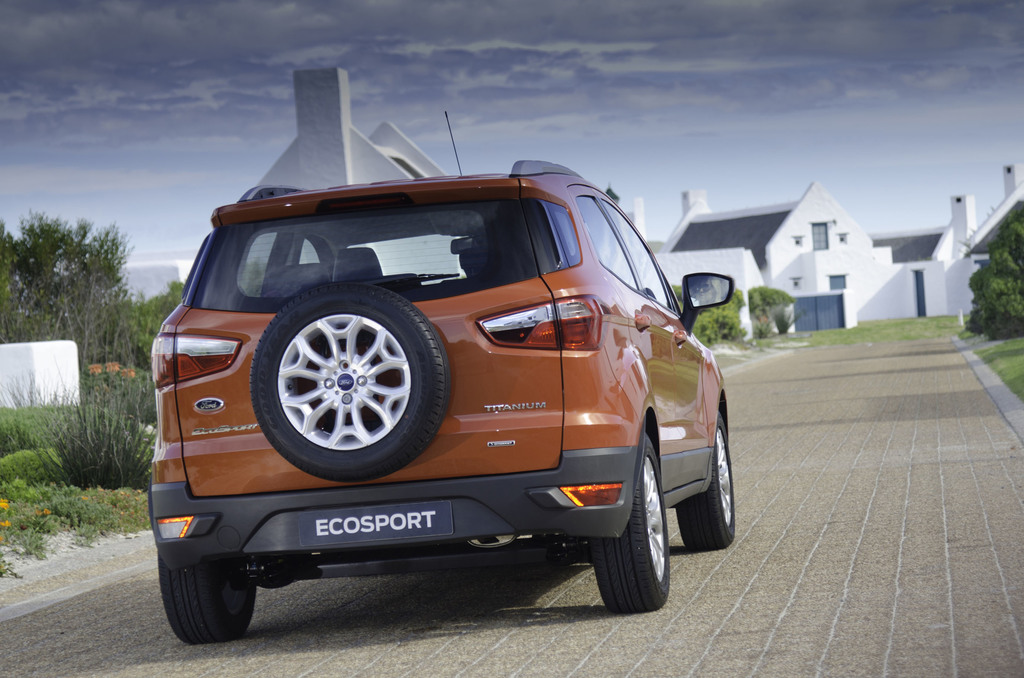 The EcoSport is available with a fully comprehensive 4yr/120 000km warranty and 4yr/60 000km service plan. Service intervals are staggered at 20 000km intervals for the petrol derivatives and 15 000km for the diesel derivatives. Customers will also benefit from 3 years of Roadside Assistance and a 5yr corrosion warranty. 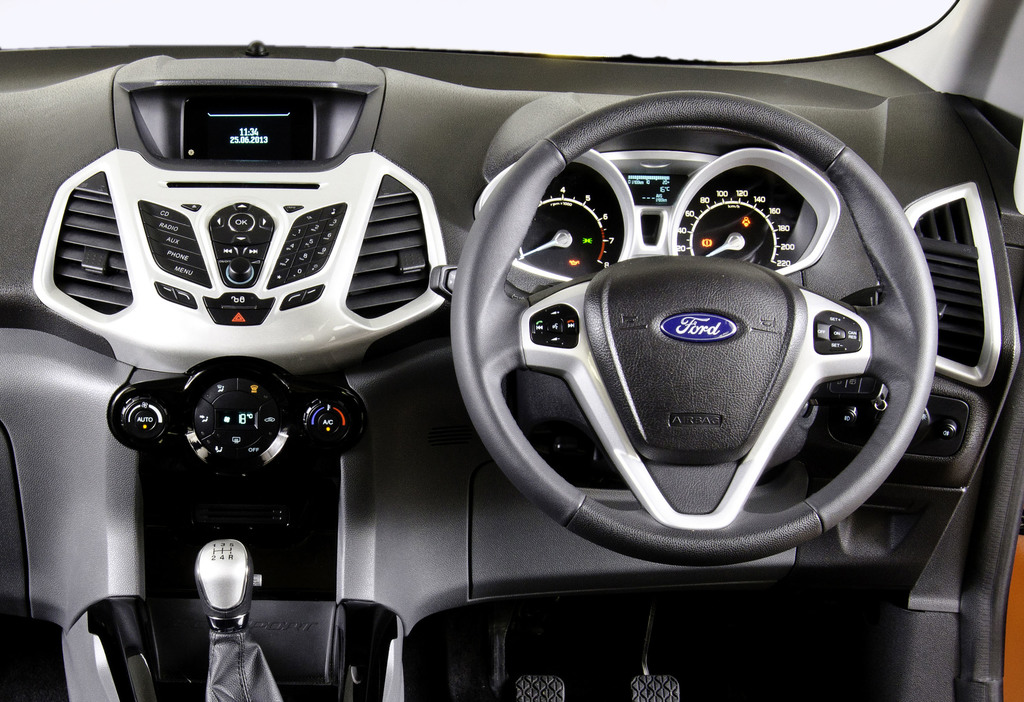 The EcoSport is a great city car: Cute looking, nippy and very practical for a young family. It is also well priced. R244 000 buys you a lot of car. It is more frugal than its competitors though I didn’t get the claimed figures of 6.8l/100km but rather 8.5l.

The Juke has been designed to appeal to the braver customer. Its looks cause either a love or hate reaction.  It’s a great success though, and sells roughly 350 units per month. This competitor is better suited to singles or young couples as its accommodation and boot are smaller than the EcoSport.

The Renault Duster is very well priced. Its looks are masculine making it stand out. The Duster is unique and available in 4x4 promising a fair amount of off-road ability. The Duster’s resale will be the weakest of the three cars.