A Cougar is mountain lion, which is part of the Puma family of kitty cats. Ask most youths today what they think a Cougar is and more than likely, they would refer to her as a good looking mature woman who frequents clubs in order to score with a much younger man.

So what’s that got to do with the Ford Kuga? Nothing really, other than the pronunciation of the word Cougar or Kuga. I would like to think of the Ford Kuga as an attractive woman cruising the streets in a feline manner: Strong, purposeful, sleek and attractive. Would the Ford Kuga prowl for younger men? Not unless she is picking them up from school as part of a school lift club.

Ford actually did produce a car named the Cougar: A large coupe for the European and Australian markets in the late 90s through to the early 2000s.  The Kuga was introduced by Ford in 2008, the second generation Sport Utility Vehicle on review was launched earlier this year.

The new Kuga is angular, chiselled and well proportioned. SUVs are all the rage. They are chunkier, taller and more useful hatchbacks. They leave the driver with a sensation of safety, which is created by the elevated driving position. This elevation lessens road noise and road surface irregularities which leave the driver feeling relaxed and removed for some of the hustle and bustle. The interior of the Kuga is fantastic. The dashboard is a sculptural highlight, using a mixture of soft-to-touch plastics and electroplated metal finishes. The combination works marvellously. The leather seats are one of the most comfortable I have sat in, with even rear passengers having the option to recline the backrests of their seats too. The driving position is made perfect with reach and height adjustable everything. On the downside, the Sony infotainment system features a plethora of buttons which needs greater attention to find and hit the right button. The hands free cell phone set up is as easy as pie. This is important to note, because some systems are frustratingly complex.

The new Kuga is bigger than its predecessor, 81mm in fact. This means increased rear leg room and a handsomely sized boot. Talking of the boot, I was rather excited to test out the hands-free powered tailgate I saw in all the ads. Apparently if you have the key in your possession and swipe your foot under the rear of the car, a sensor automatically releases and opens the tail gate for you. Nifty if your hands are full! This was not standard on my test unit. So you know I like the look of the Kuga, outside and in. So what is it like to drive? The Kuga comes in petrol or diesel, manual or auto and front wheel drive or all-wheel drive. The 1.6 Turbo charged unit on test features a 6–speed automatic and an AWD (all-wheel drive) system. Sounds like fun right! In the most part it is. The car handles well and offers pretty nippy performance. The automatic gearbox is smooth in its shifts but can sometimes be likened to a woman on a tight budget when selecting one of many of her favourite pair of shoes to buy. Confused! The system hunts around too much. I was also excited to read about the amazing fuel consumption figures quoted by Ford (7.7 l/100 km),  but in practice though I didn’t drive like Miss Daisy. My mixed urban and freeway figures were at over 11 litres per 100km. 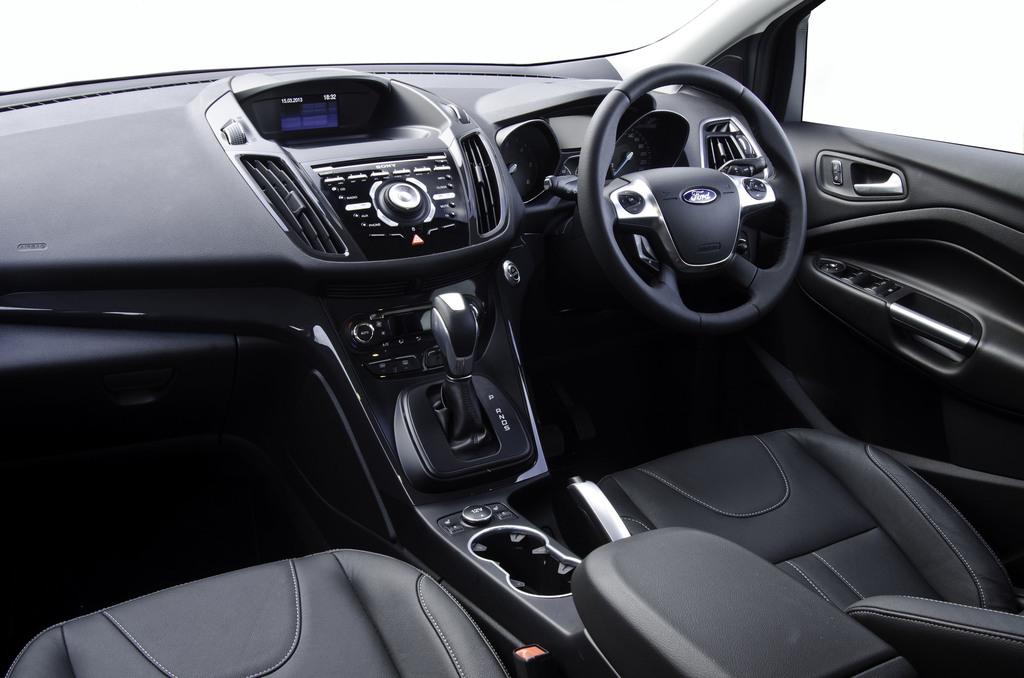 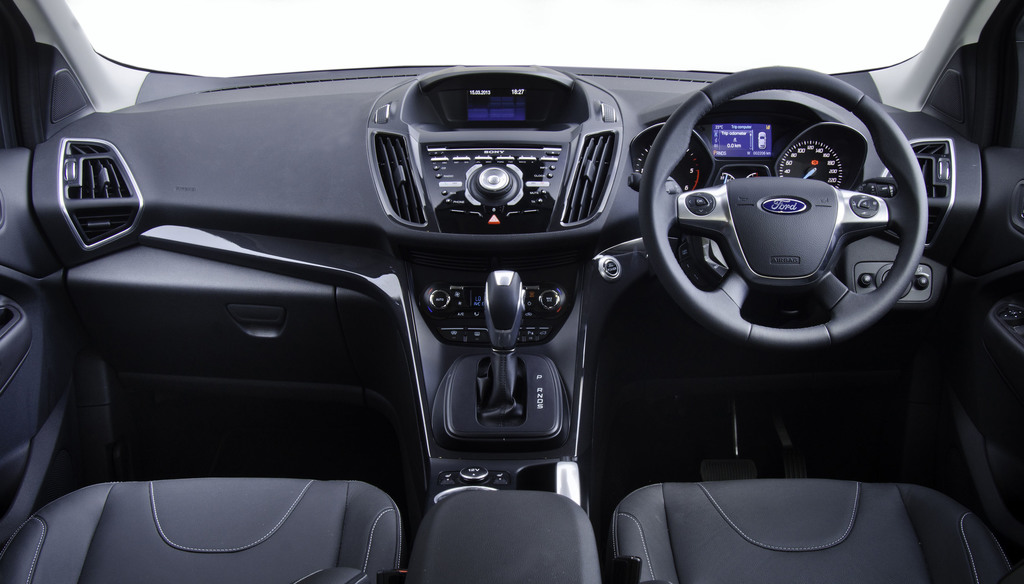 The Kuga was recently named the winner in Woman On Wheels WCOTY best compact SUV category. With good reason, it’s a great SUV. But what other options are there? The BMW X1 is an option. It’s more expensive but comes with the bragging rights of being a BMW. Its 2.0 twin turbo engine is a gem. It does come across as more of a crossover rather than a SUV though! There is also the VW Tiguan, well made and respectively priced. It’s not going to turn any heads but for the money you’re getting a value proposition. Finally you could buy the Sportage, its possibly the best looking of the bunch and well-priced too. In Joburg it might feel a tab sluggish due to the altitude though as the listed rivals all have turbos.

I like the Kuga and so did more than 30 000 other people who voted it best compact SUV! (WOW 2013 category winner) Go give it a drive.
Link to the Kuga SA site