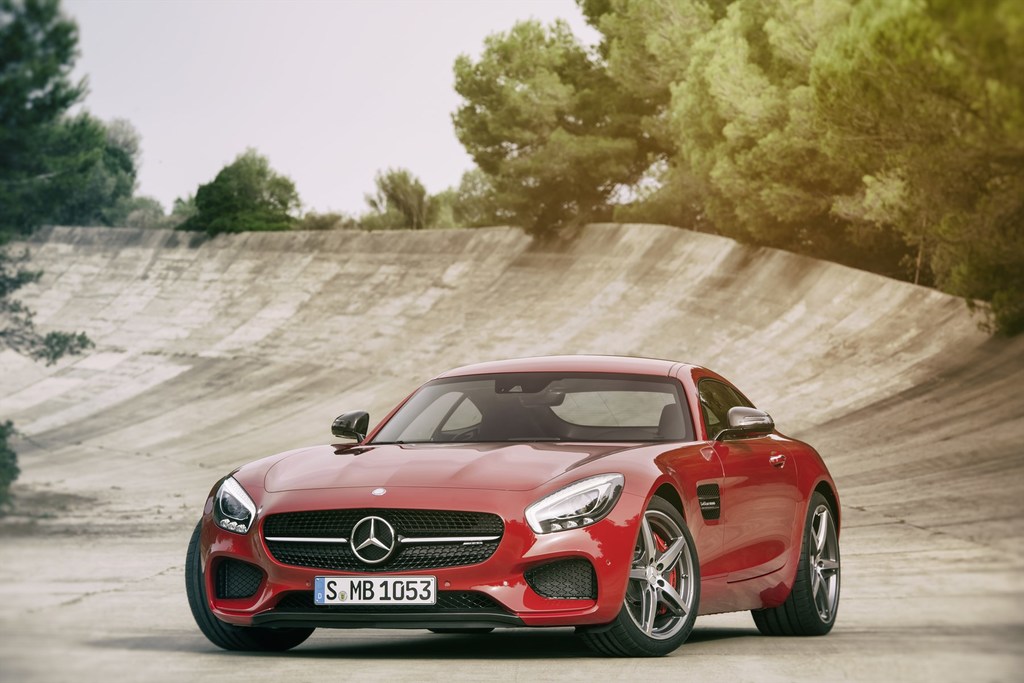 Let me begin by saying, a picture says a thousand words. I’m sure you’ll agree, when feasting your eyes over Mercedes-Benz’s halo car, the GT, that a thousand librettos would be a verbose collective of highly descriptive adjectives – all of which would be hugely positive. I mean - just look at it – it's spectacular. So, I won’t lament on about its beauty. Rather I’ll let your eyes water over the images I’ve embedded in this article that do the car partial justice because seeing it in the flesh is a marvellous sight. So, I’ll touch on some of its design highlights. 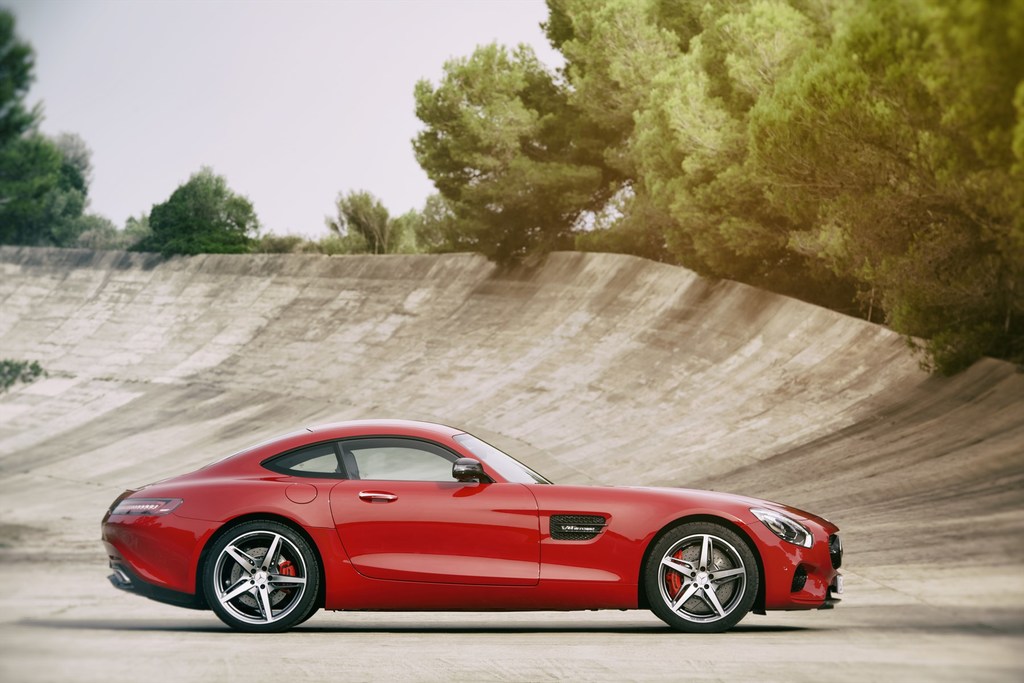 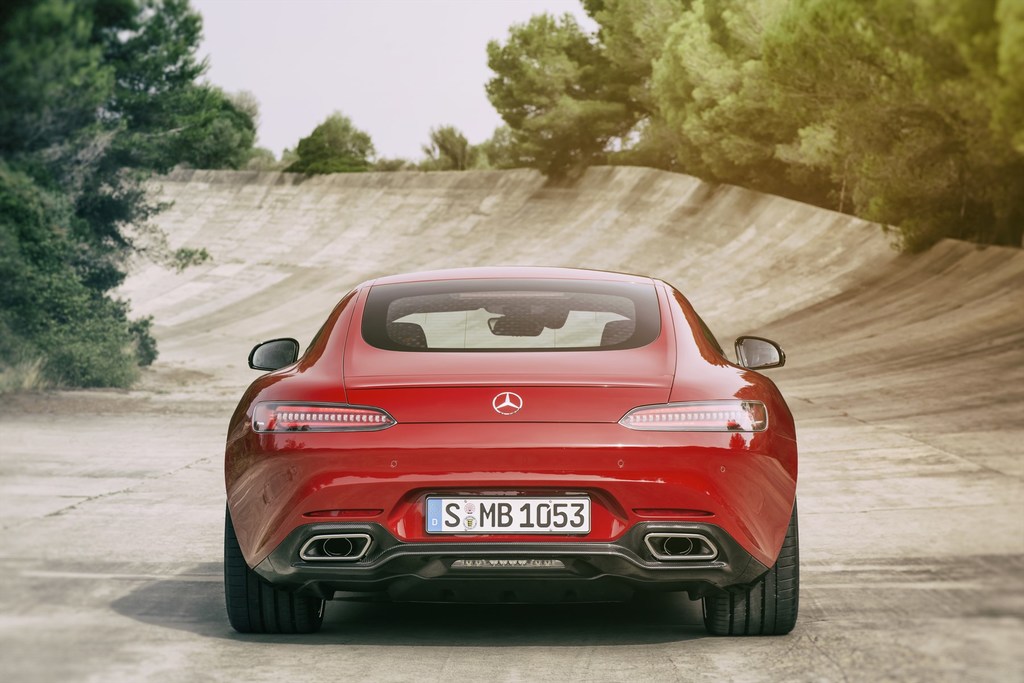 Developed exclusively by AMG for Mercedes-Benz, it is the successor to the gorgeous Gullwing SLS AMG. Feel the pressure GT.  It did. And it came to the party, in a big way: wide, low, powerful and altogether a vision of a pure magnificent menacing machine. The AMG GT is dripping in visual emotion.

Let your eye roll over it muscular sheet metal. You’ll notice its sweeping bonnet. Move your eye down to its broad grille, which frames the Mercedes three-pointed star logo. Looking lower you notice its large wheel arches that are bursting with massive 21” rims. Within the gorgeous wheels reveals immense ceramic disc brakes and matching brake callipers. Reminiscent of a giant’s hand – firmly grasping – offering immense stopping power. Move around to the rear – compact by comparison to the expansive front. There’s something familiar about its design, yet unique all the same. Elements of Porsche penmanship seem to prowl in its lines. New, thin and long tail lights that are filled with progressive LED lighting do a magical job of the mundane – break and indication notification. 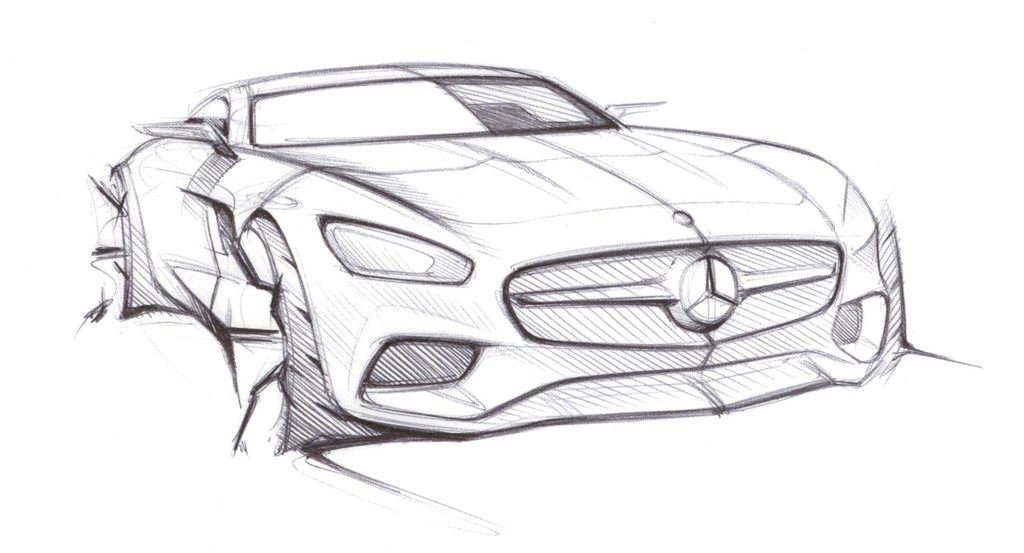 Looks are one thing. How about its performance? Is the GT worth of its supercar title? On paper, its pace is both eye-popping and hair-raising. In reality? 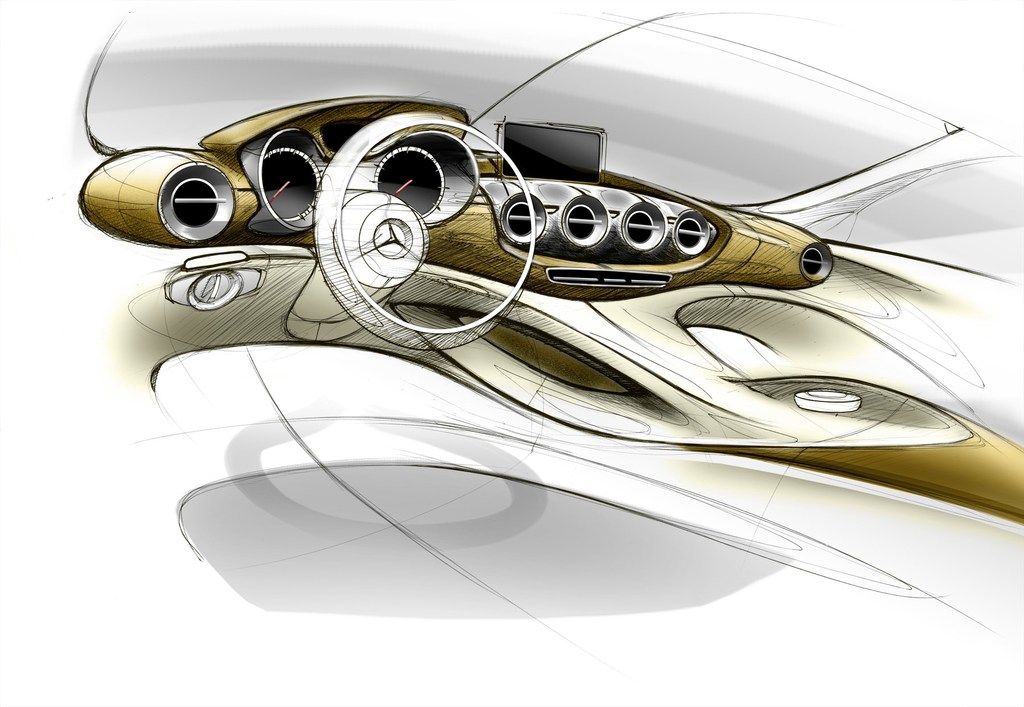 It’s an AMG, so synonymous with being super quick and remaining comfortable, but with pitfalls. AMG’s aren’t as pinpoint precise as an M car from BMW or as easy to drive as an all-wheel-drive RS Quattro’s that ooze confidence. But rather, in GT guise this AMG offers a combined driving experience – It is comfortable and well behaved - making it a Jack of all traits. 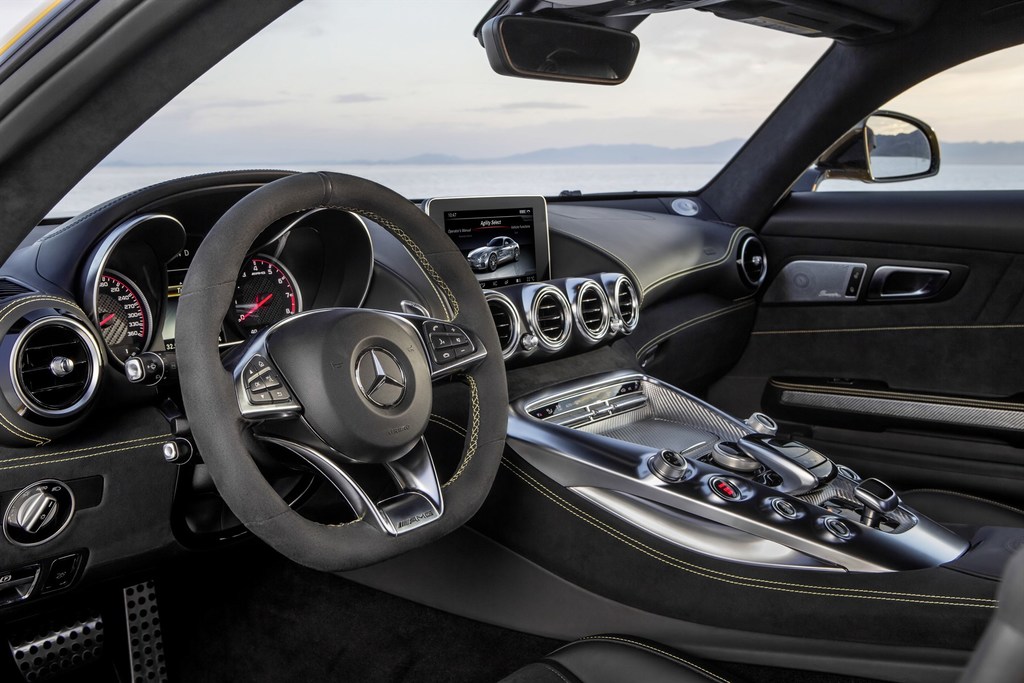 Planting your foot flat on the accelerator creates a huge amount of angst – on the one hand, you’re shocked with its sheer brute power, on the other, you want to keep your foot planted – to see if the sensation could possibly get any better – it is a huge rush - but as you do, your adrenalin spikes, your hands perspire and your pupils dilate. There’s a need for intense concentration as still life outside the car becomes a blur. Eventually, you feel the need to hit the preverbal ‘chicken switch’ as the joyride becomes a tad scary. It’s exhilarating, yet testing all at the same time. Emotions are primarily driven by the GT’s engine, a 4.0l biturbo. Each power plant is created by a one-man-one-engine philosophy – that means your engine has been hand built and autographed by its crafter. Nifty that! With a top speed of 310km/h and a 0 to 100 sprint in 3.8 seconds you’ll agree, I’m not exaggerating – it’s very fast. As was indicated on paper. 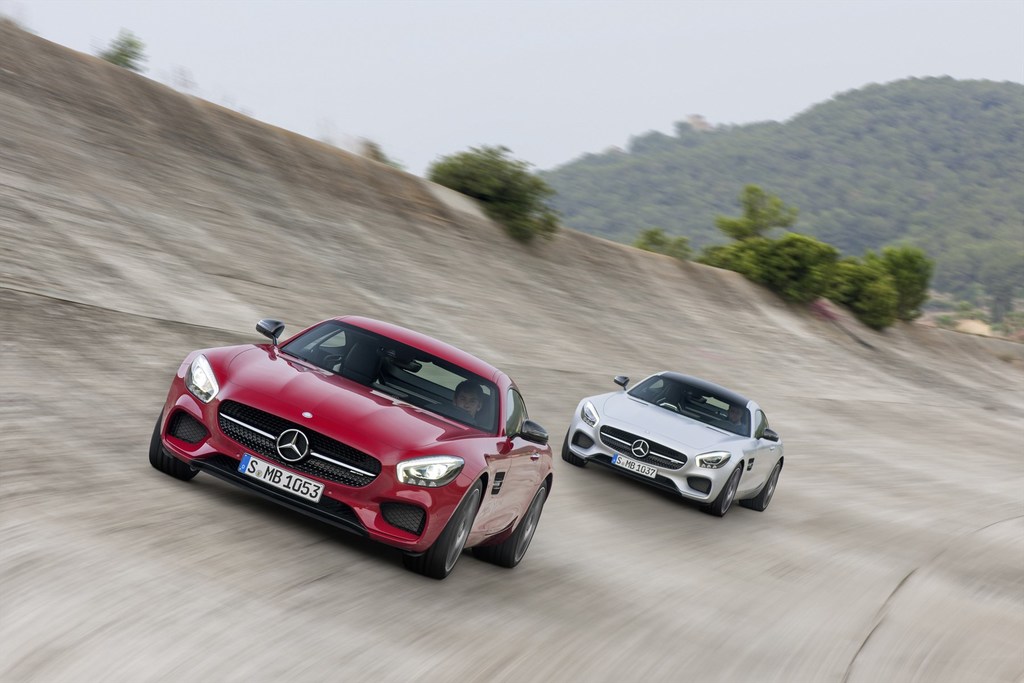 I’ve driven two of the GT’s competitors, Jaguar’s F-Type R in AWD guise and BMW’s i8, also, an AWD vehicle and both similarly priced at R1.7 million plus. All three cars are special but in different ways: The Jaguar is an old school sports car, truly British, powerful and now better than ever with an AWD system, (the 2WD variant is for the experienced driver only) the sound emitted by its engine is perfected harmony and a comfortable day-to-day drive. The i8 is remarkable. It’s from the future – combining a small turbo petrol engine with an electric motor, also an AWD that is possible to drive in a fully electric mode which means in silence. But it’s awfully awkward getting in and out of its butterfly style doors.

Is the AMG GT a better sports car?  It has the best boot space! I’m more than certain that the benefit of its well-sized boot, which happens to be slightly larger than an A-Class was an unintentional albeit nifty advantage when living with this supercar. Fun facts and benefits aside selecting anyone of these cars are a hard choice as each ooze with character. One thing is for sure, the AMG GT is a future classic dressed to kill – in designer garb. 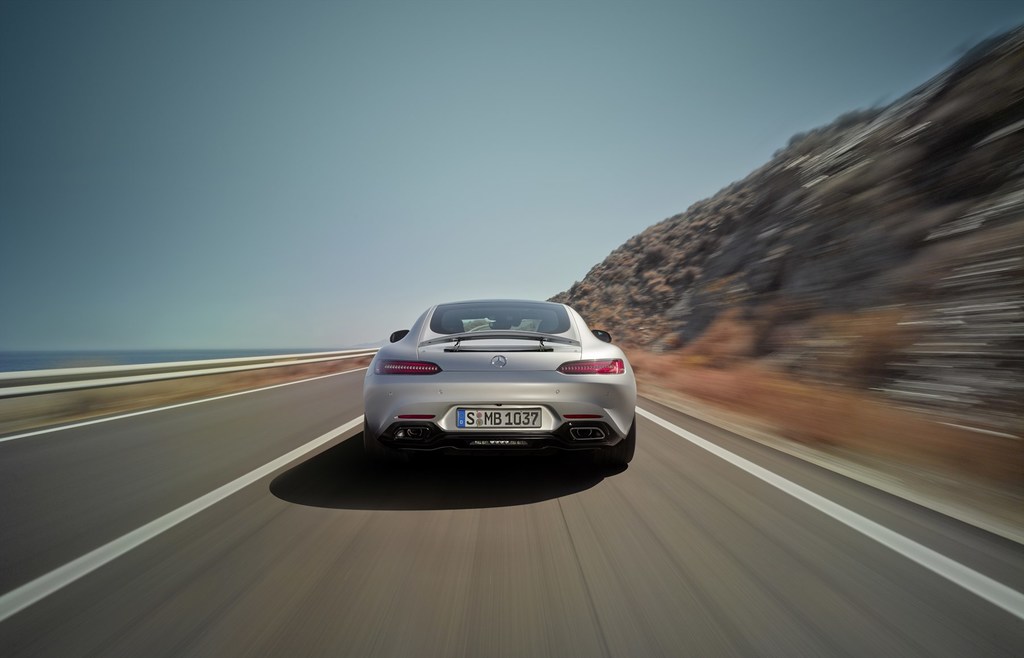 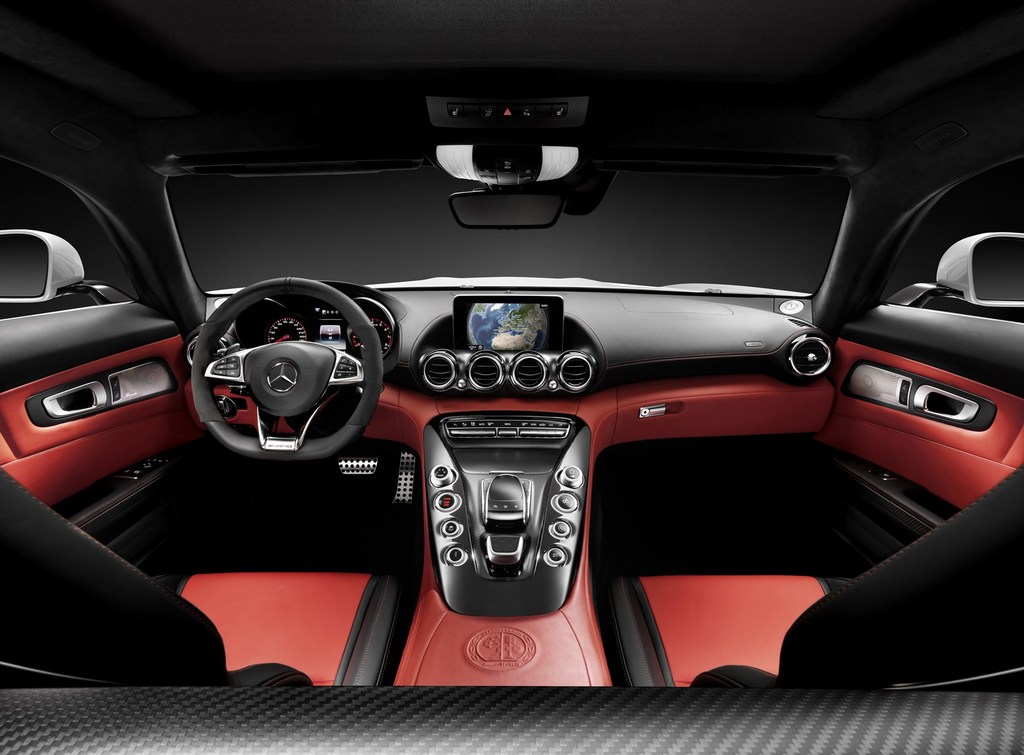 All round visibility is poor 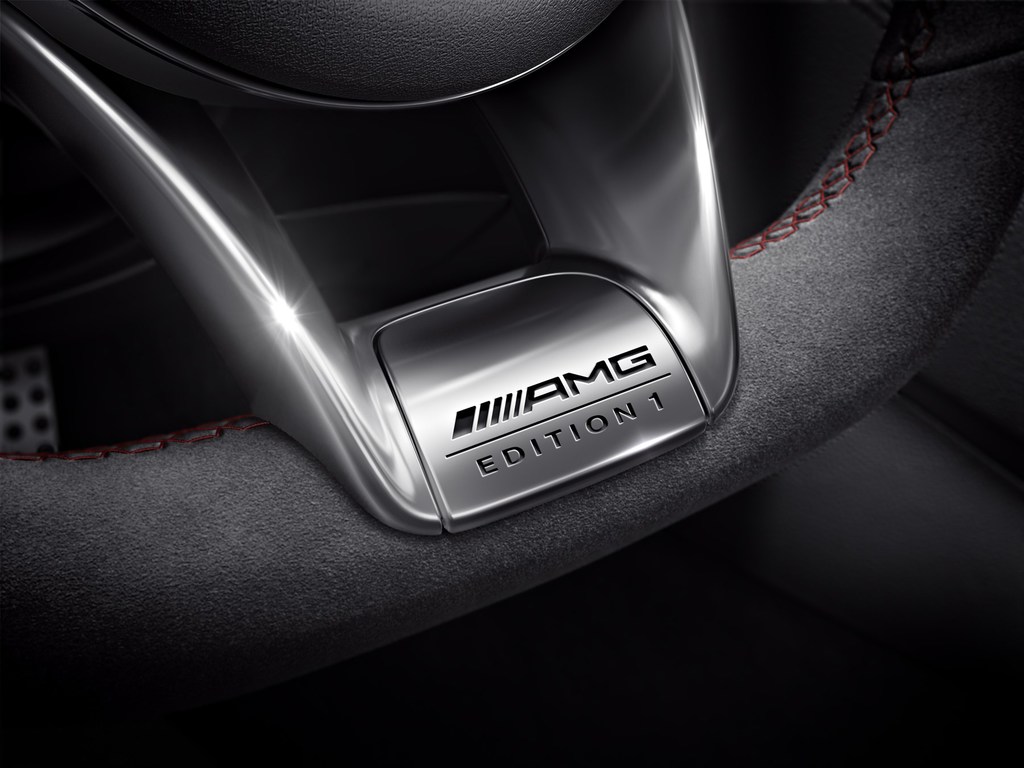