The Definition of Luxury – Mercedes-Benz S-Class 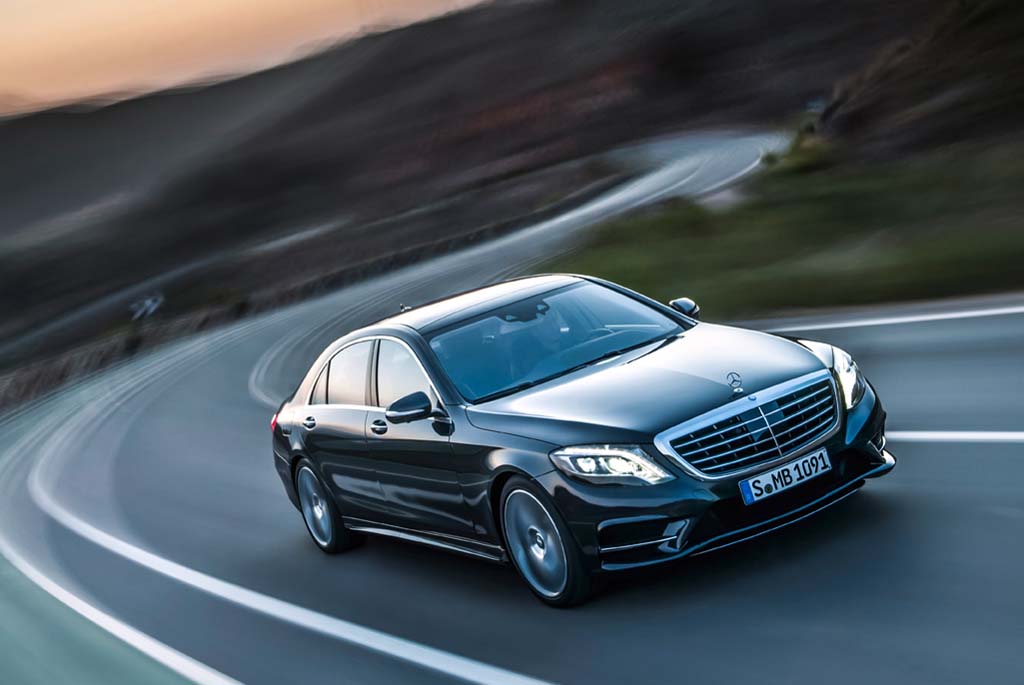 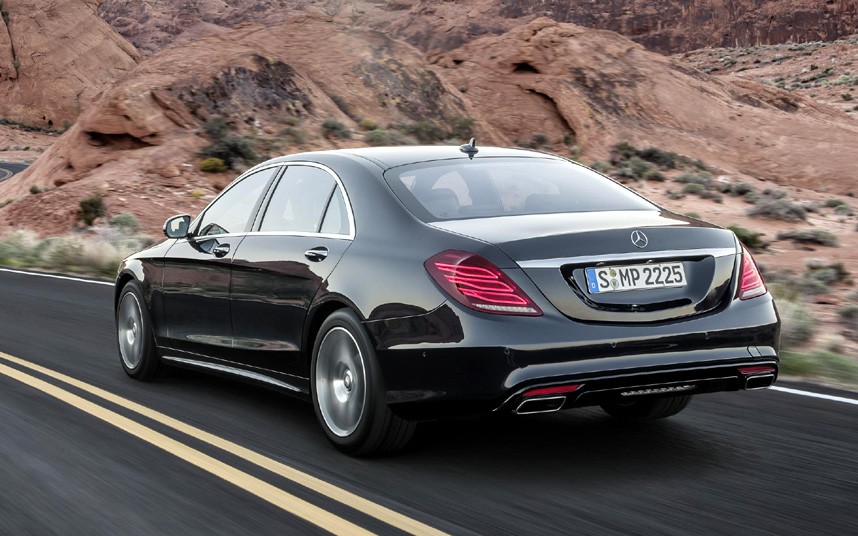 There is something rather magical about looking at the Mercedes-Benz emblem standing proud on its bonnet from the driving seat. The sun’s rays bouncing off the erect chromo star as the S-Class confidently navigates its way forward. You feel the legacy of over 125 years of engineering prowess in that sight and it makes the driver feel proud. The Mercedes brand is commercialised luxury. Historically brands like Rolls-Royce and Bentley made it their focus to craft cars specifically for those able to afford their opulence. Mercedes-Benz was smarter than that. In the mid-fifties they created what would be the first "Sonderklasse" translated, it means "special class" (in the sense of "a class of its own"). The intention was to create the very best the brand could create and though by no means a cheap car, it was substantially lower in price than the likes of a Rolls-Royce.

In 1972 a Mercedes-Benz official named and labelled their flagship vehicle an S-Class. Five generations later 2014 sees the launch of what is code named the W222 or for as lay people the ‘new’ S-Class.

Its large grill and fluid lines which run to the neatly rounded off rear of the car make this the most attractive S-Class to date. Its design and technological advancements are Mercedes-Benz’s bragging rights to which they claim the S-Class to be the ‘best car in the world’.

The new S-Class represents the future. It’s the way Mercedes-Benz and eventually other manufacturers implement driver safety and enhancement systems both passive and active. An example of previous innovations lead by the S-Class are systems we now take for granted like ABS braking, airbags and traction control. In 2005 the S-Class featured a new infrared night vision feature enabling drivers to better see in the road ahead in the dark.

I could ramble on all day using a rolodex of descriptive superlatives to describe each element of the new S. But I’m not because you know it will be bloody long.

Instead here are some thoughts that stood out from me while testing the car for the week. It has the supplest ride I have ever experienced. The S features AIRMATIC air suspension which automatically defaults to comfort on ignition but can be adjusted to a sport setting for a firmer ride. Not unique to the S-Class as I have reviewed both an Audi A7 and A8L with a similar system but is better implemented in the Mercedes.

The S is also the quietest car I have ever reviewed. It’s incredible how well insulated; road, engine and exterior environmental noise is filtered. Silence is golden and genuinely appreciated within the S-Class.

The S has a very unique way of making you feel special. Your five senses are bathed in a gentle sensory overload which is very skilfully applied to relax its driver and passengers never overwhelming them. Every surface is covered in leather. Where other car makers mix and match different colours and textures of plastic the S-Class doesn’t. Instead the finest Nappa hides have been used in combination with polished wood inlays, chromo and aluminium detailing to compliment the tasteful yet sculptural interior. Accent mood lighting is cleverly concealed yet abundant wrapping around the entire front and rear cabin and colour adjustable from cool blue to racy red.

The S also features the most luxurious seats I have ever driven in best described as large, sumptuous and all together marvellous. Tiny yet perfectly perforated holes allow the seats to breath. At the press of a button they are heated or cooled and electronically adjustable providing more seating positions than on an Emirates business class lounger.

The 3.5 engine mated with the 7-speed automatic gearbox; being a Hybrid the car is fitted with an electrically operated engine that works in unison with the petrol engine. The idea is to save fuel. The result a frugal luxury sedan! 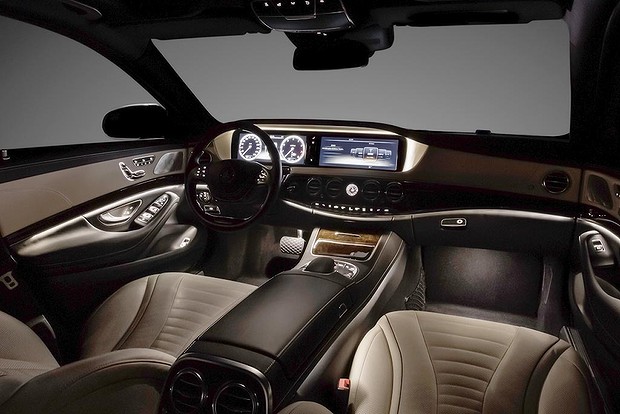 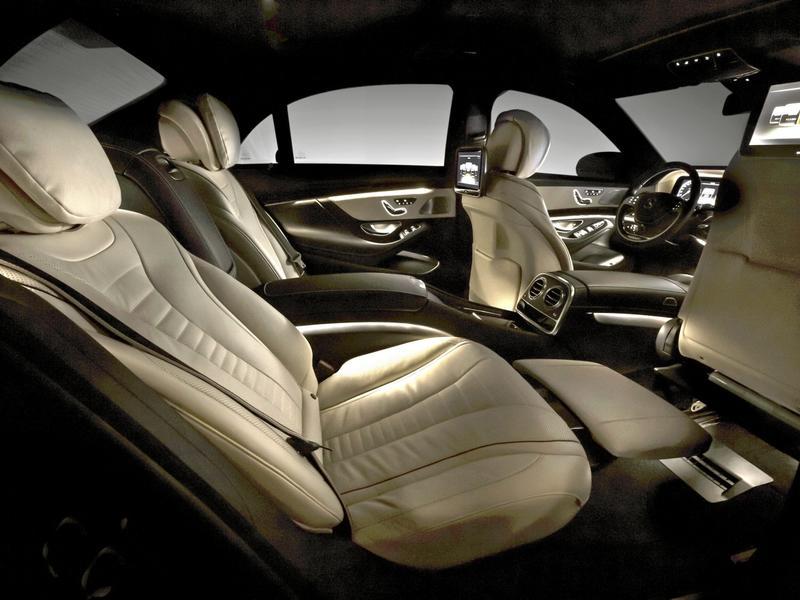 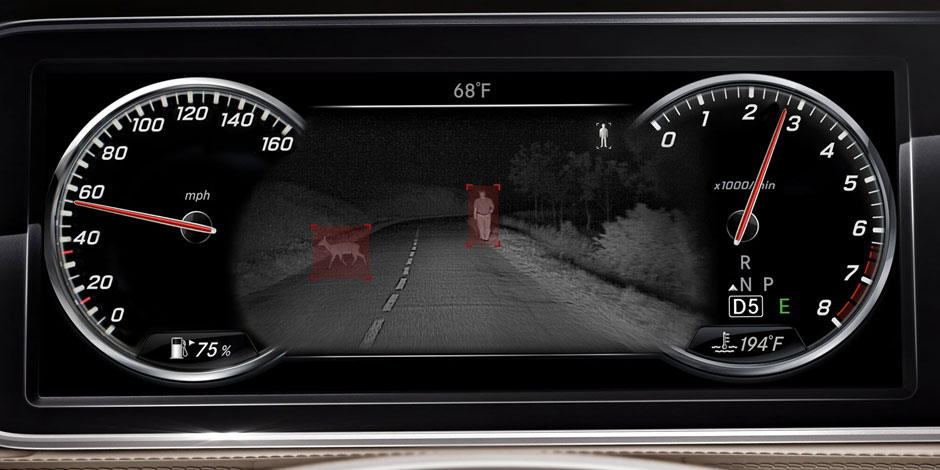 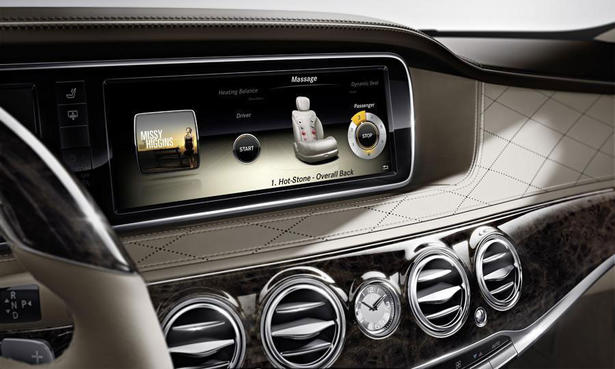 The S-Class reinvented the way we perceive luxury motoring. Mercedes-Benz leads this category of car while the others follow, and is better at offering indulgent opulence than its rivals.

BMW have tried with their 7-Series, Audi with their A8 and now with the advent of luxury SUV’s I suppose it is safe to say that we can include the full body Range Rover in this line-up. With Jaguar and Land Rover having being injected with funding from Tata Motors, the current brand owners, the stunning XJ is also a fair choice.

To be honest none have been created with the sole purpose of being the leader in luxury.

The BMW stays somewhat true to what the brand represents – sheer driving pleasure. The current 7-Series is less inclined as previous models from the past with a 7-Series representing a performance machine, wrapped in an opulent undercoat.

The A8 is Teutonic perfection and an architecturally Bauhaus muse but it’s not an S-Class.

The Jaguar XJ is magnificent. Courageously designed and beautifully assembled. Perhaps it is even too funky to transport the older generation royals for which many an XJ as done, but on trend for William and Kate.

The full body Range Rover has its roots based on the original 1970’s classic. It was and still is the most luxurious way to climb mountains.

Can a large luxury car be a jack of all traits? The S-Class is the best because it masters in one, to be the world’s best luxury car. It can’t race round a lap like a Porsche, climb through a riverbed like a Range Rover but what it’s can do is make you feel special.

If the S-Class were a person it would be Santa Clause: Big, merry and able to perform miracles.

The S-Class is my choice when it comes to driving in luxury!