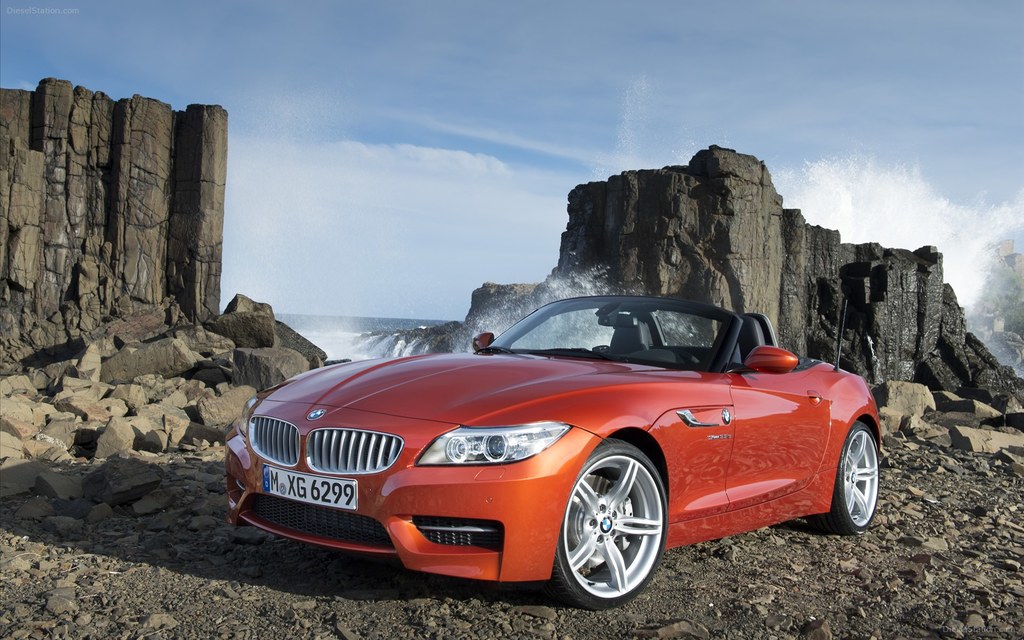 Sports cars are the aspiration of many and the reality of little. They are designers’ dreams, allowing their pens to flow, very often creating mobile art pieces and the Z4 is no exception. It truly is a magnificent vehicle/sculpture and currently a one-of-a-kind in terms of its design language: Long bonnet and seating on the bridge of its rear wheels with a rounded tail. Roof up or down it’s beautiful, but best appreciated with its aluminium weight saving crown neatly stowed away in the boot and your hair blowing in the wind.

2013 saw a few minor tweaks to the Z4, tiny cosmetic enhancements which only an enthusiast would notice, but more notable were the engine changes. BMW is well known for their silky smooth six-cylinder engines, they are refined and powerful. The problem with these sweet sounding units is their fuel consumption and CO² emissions. So all but one of the six cylinder engines are gone and replaced with turbo charged four cylinder units. This may sound like Chinese to some of you, but what would this mean for a potential Z4 buyer? You now have the choice of four engine variants: A 2.0 turbo badged a 20i (135kW), 2.0 turbo badged a 28i (180kW), 3.0 turbo badged 35i (225kW) and a 3.0 turbo badged 35is (250kW). 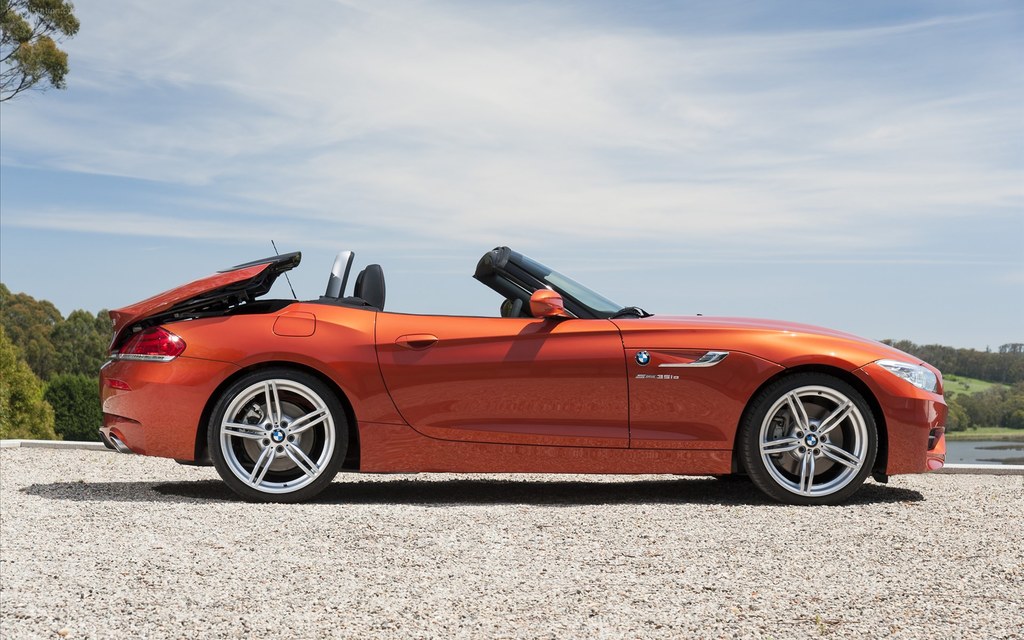 The new 2.0 engine used in the 28i auto that is under review offers substantial off the go power, with loads of torque (shove in your seat) throughout the rev range. Having been an owner of a Z4 myself, I took a keen interest in comparing the test vehicle 28i auto to my 35i manual. The first sensory difference is the sound, the 35i being a six cylinder engine has an alluring growl that makes you want to caress the pedal just to listen to it purr. The 28i’s four cylinder actually sounds rather gruff and almost diesel in my opinion. The automatic eight-speed in the 28i is fantastic in contrast to the six-speed manual, which is quick and accurate but hard and heavy in day-to-day congested traffic. 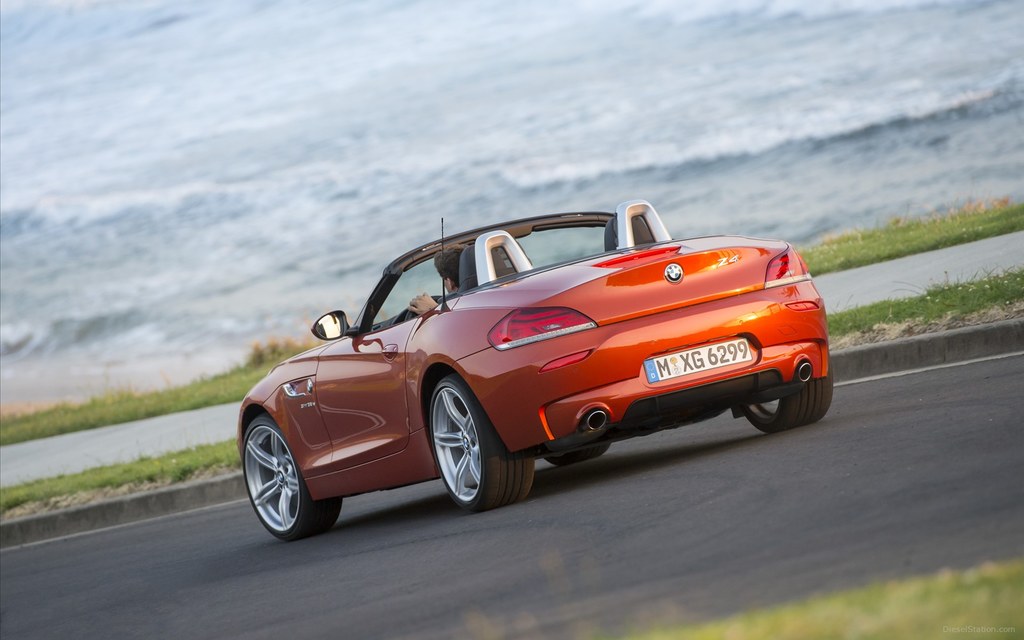 The 28i also felt lighter on its feet, its smaller engine being the obvious contributor to this sensation. Both cars are very willing and able, both dart to high speed with great ease and both come equipped with an adaptive damping system that allows you to change the character of the vehicle. Comfort/Normal mode that sedates the vehicles throttle, steering and suspension systems to act in accordance with the buttons labelling. Sport awakens the beast. Sport+ (plus) puts the beast into angry mode, making the vehicle razor sharp and ready to attack with adrenaline flowing through its ECU (electronic computer unit). This is all good and well but as an owner I can say I very rarely moved the car out of Normal/Comfort mode in the 35i. With oodles of power in this mode and urban cities as they are: Traffic, robots, speed bumps and potholes make moving the Z4 into Sport or Sport+ (plus) modes fruitless. But when the opportunity does arise, with clear an open road that is as smooth as a babies bum, the Z4 in Sport+ (plus) mode is a great way to get your proverbial juices flowing.

The handling in both cars is sure footed. It is easier to get the rear of the 35i manual to over steer (rear-end slide out) with the extra 45kW on hand. Both cars feel as if their axis pivots in the seat of the driver’s pants, this is a fantastic sensation and as a result a great fun to drive. 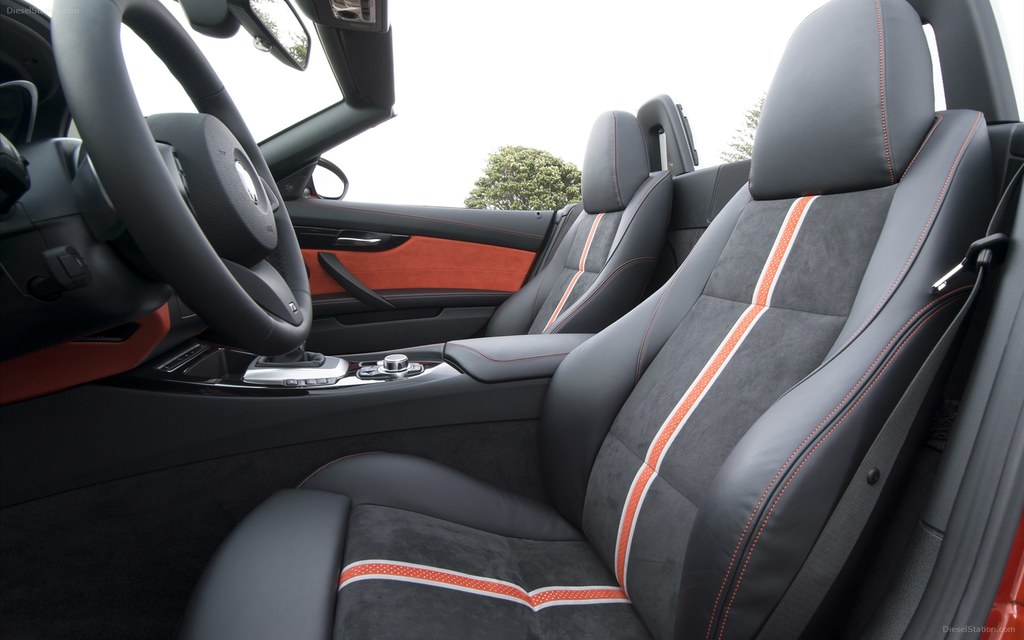 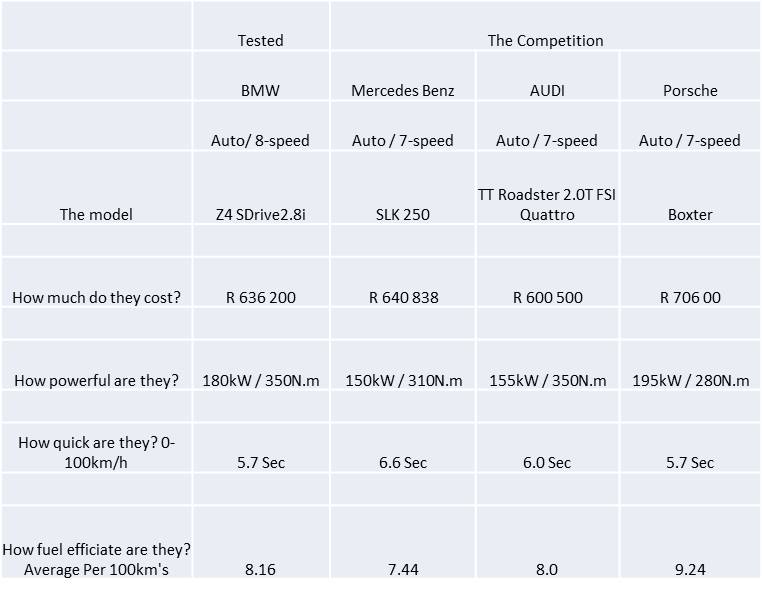 Roadsters are adult toys and make up the dreams of adult kids. Other options and competitors to the BMW Z4 are the Mercedes Benz SLK, Audi’s TT Roadster, Porsche’s Boxter and most recently, the F-TYPE from Jaguar.

The Audi TT was launched in November 2006 so it’s now seven years old and due to be replaced this year. Its beautiful design and Quattro system are highlights but the Z4 is a better car holistically. The SLK suffered the label as a hair dresser’s car in the past, implying its performance didn’t quite match its aesthetics- all show and no go. The current model is a retro revival and a far better driver’s car in comparison to its previous incarnation, but the Z4 is a better driver focused car in comparison. The Boxter being a Porsche means it’s a very honed and skilled car. It is currently the South African Car of the Year winner for 2013. It is the ultimate drivers car and well-priced, but be warned, if you match equipment levels with those of the Z4 expect the purchase price to sky rocket, and these ‘extras’ are not retained when you resell the car. The F-TYPE Jag is the most special in this competitive group, it truly is a car that dreams are made of. By comparison to the Z4 it is substantially pricier (entry-level 3.0 is R870 000) and more powerful, so I wouldn’t really consider it a direct competitor but rather secondary competition.