Last night the Final Show for the evening at SAFW, held at the Crowne Plaza in Rosebank, was that of Roman Handt featuring Hats by Cloche. The Range is based on a Person who wants an exceptional life.

According to the Roman Handt Press release: "The Aesthetic Terrorist takes a stand by Embracing the Unexpected. Assaulting all 5-senses as well as, common sensibilities, using Fashion as a Form of Protest and Expression."

Many of the Models came out wearing White and Grey Exoskeletal-like constructions formed from soft sheets of polyurethane material, which according to the Roman Handt Press release plays into the concept of clothing used as Physical and Physiological Armour; a Safety Mechanism from the Elements.

Many Garments appeared to have been attacked with splatters of Green Paint and seemed to have multiple holes which the Press Release explained that this not only spoke of the Energy and Political and Social Climates of Johannesburg, but made for one-of-a-kind, Limited Edition pieces. 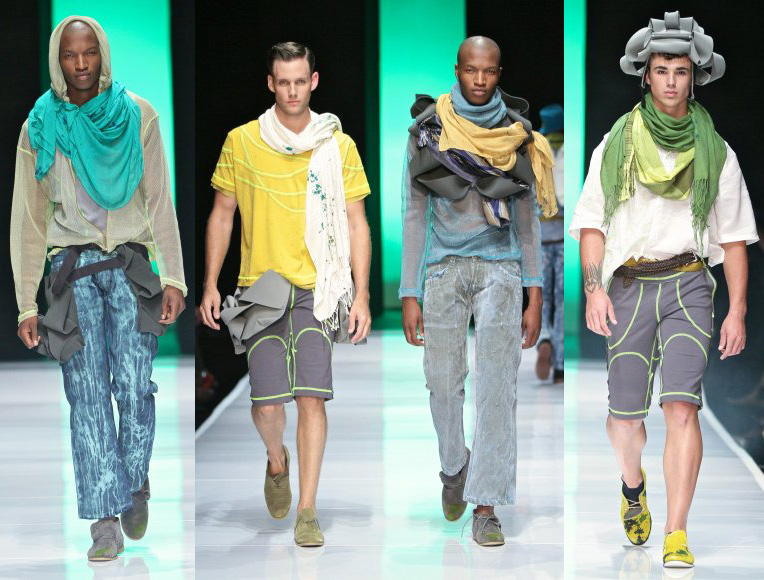 The Models outfits were Accessorised with an Assortment of Scarves and Belts and the rather casual feel of the Range was juxtaposed with Gentleman-like Top Hats, Fedoras and Bowler Hats.

This was a very Interesting show and very Unique in comparison to what the rest of the designers showcased for Summer 2012 so far. Well Done Roman Handt and Channellé Vlok (Owner and Creative Designer at Cloche). 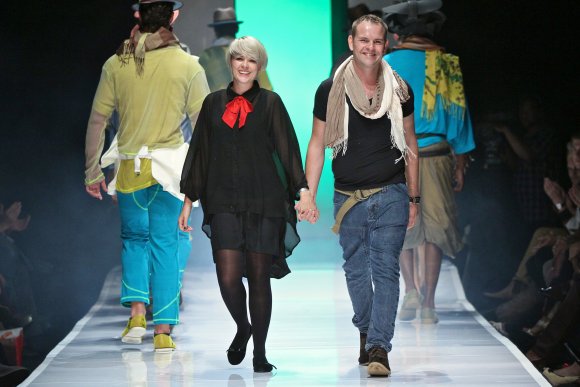