Our lives are filled with things to do. Blithely unaware of our surroundings, and the possible dangers that surround us. ‘It won’t happen to me’, is the thought that runs through most of our minds as we begin the day- packing the car, dropping the kids off at school and travelling to work.

This mentality, linked to an unconscious lack of discipline, could lead to a death, or at least an unnecessary injury. All too often we see or hear of a motorists driving with either their baby or young children unharnessed, either by a baby/child seat or if older, a seatbelt.

One of the most effective measures to protect occupants from injury in the event of a crash is the fitment and use of seatbelts and child restraints. The seatbelt is the single most effective feature in a vehicle to reduce the severity of injury to the vehicle occupants that results from road traffic crashes. Failure to use a seatbelt is a major risk factor for road traffic deaths and injuries among vehicle occupants.

The actions of rear seat passengers can affect both injuries that they themselves might incur and those that may be sustained by the driver or front seat passenger. An unrestrained rear seat passenger poses a serious threat to any restrained person seated directly ahead of them. A belted occupant will be kept in their seat and thus will reduce speed at the same rate as the car, so that the mechanical energy to which the body is exposed will be greatly reduced. 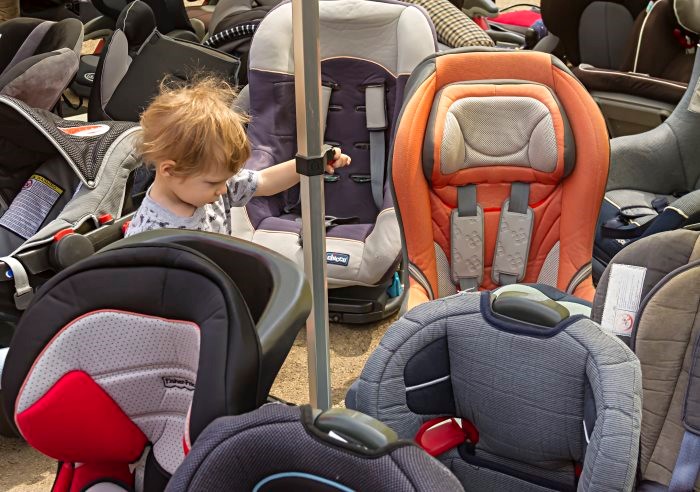 Airbags should also be seen as supplemental restraint systems, designed to add additional protection to seatbelts in (primarily) frontal crashes over 15km/h. While airbags have saved many lives, there have also been deaths attributed to airbags deploying in crashes that would not have been life threatening. Analysis of deaths involving airbags in the United States showed that nearly all of the people who have died from airbag related injuries were either unrestrained or improperly restrained.

Most of the deaths have been to children and adults of small stature. Airbags are a passive restraint system, deploying automatically in some types of crashes. If an occupant is unrestrained, or the vehicle has an airbag installed but no seatbelt, it is possible that the occupant may come into contact with the airbag before it has fully inflated. This is also the case for people who need to sit closer to the steering wheel as a result of their size.

Airbags deploy at approximately 300km/h. Therefore, vehicle occupants should ensure that they are restrained regardless of whether or not a vehicle has an airbag installed. It is best for small children to be sitting in a child restraint on the backseat away from airbags!

In recent years, seatbelts have become integrated into overall vehicle safety systems that include such devices as pretensioners, load limiters and airbags.

Infants and children need a child restraint system that accommodates their size and weight, and can adapt to cope with the different stages of their development. The three point lap and diagonal seatbelt used by adults are not designed for children’s varying sizes, weights, and the different relative proportions of children’s bodies.

Appropriate child restraint systems are specifically designed to protect infants and young children from injury during a collision or a sudden stop by restraining their movement away from the vehicle structure and distributing the forces of a crash over the strongest parts of the body, with minimum damage to the soft tissues. Child restraints are also effective in reducing injuries that can occur during non-crash events, such as a sudden stop, a swerving evasive manoeuvre or a door opening during vehicle movement.

The safest place for children aged 12 years and under is in the backseat, properly restrained in an approved child safety seat. Specially manufactured child restraints should be used for children. 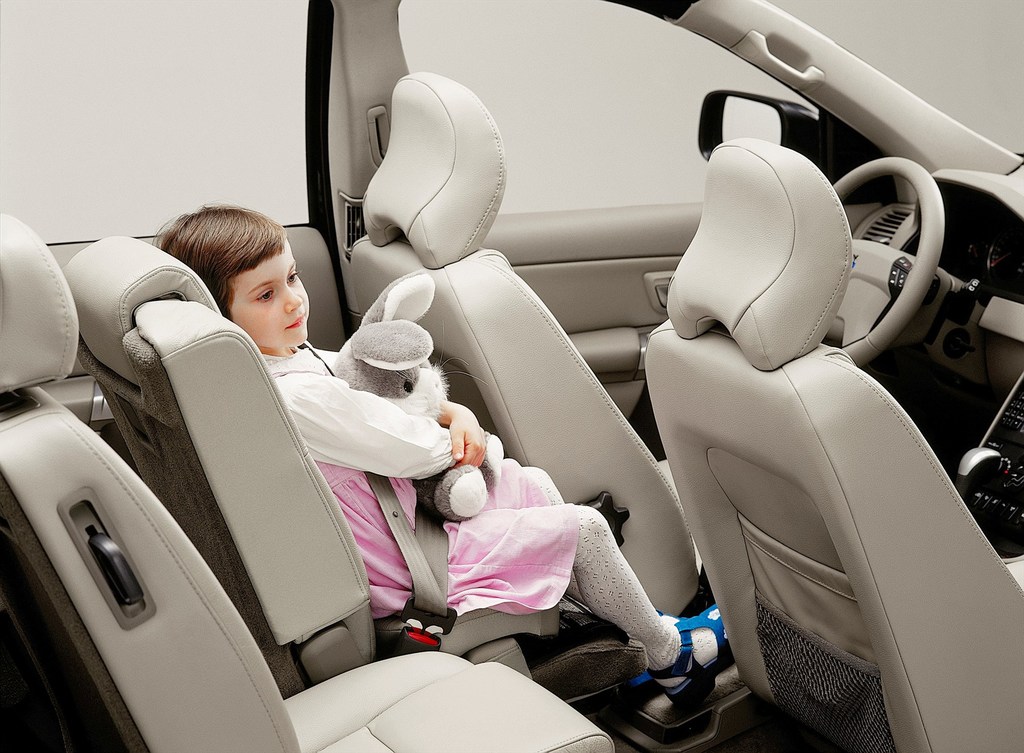 There are a number of different types of restraints. The main determining factor for choice of a child restraint is the child’s weight. Older children who are above the height and weight specifications for using child restraints require a properly fitting three point lap and diagonal seatbelt when riding in a vehicle. Child restraints are designed to match a child’s height and weight. When you buy a restraint you need to consider:

The child should be kept in the most appropriate restraint suitable for his or her size and age and only be moved to the next category of restraint when he or she no longer physically fits.

Never carry your child in your arms or share your seatbelt with your child. In a crash you won't be able to hold on to your child. He or she may be thrown around the vehicle or thrown out of the vehicle. The safest way for an infant to travel in a vehicle is in the rear facing position. A rear facing child restraint system (sometimes called an “infant car seat”) provides the best protection for infants until they are 1 year of age.

The restraint system should also provide protection from contact with the vehicle interior in both front and side impacts. The best type of child restraint for young children is the child safety seat. The integral harness secures the child and spreads the crash forces over a wide area. This seat will last them until either their weight exceeds 18kg or they grow too tall for the height of the adjustable harness.

Booster seats are best used only when a child has outgrown a safety seat. They are designed for weights from 15kg to 25kg. Children should continue to ride in a booster seat until the lap and diagonal belts in the car fit properly, typically when they are approximately 145cm tall. Children aged 6–11 years.

A booster seat can improve the seat belt fit when your child is too big for a forward facing child seat and too small for an adult belt. As a general guide, buy a rigid booster seat with a back, side wings and a sash guide to keep the seat belt in place.

Booster cushions without backs are designed for weights from 22kg to 36kg, but manufacturers are now producing booster cushions with backs that cover the full 15kg to 36kg range. Shield booster seats, which have a plastic shield in front of the child, offer less protection and should not be used.

It should also be noted that although children are best protected when secured in age appropriate child restraints, if such restraints are not available, it is still better to use an adult seatbelt on the child than leave the child unrestrained on the backseat. 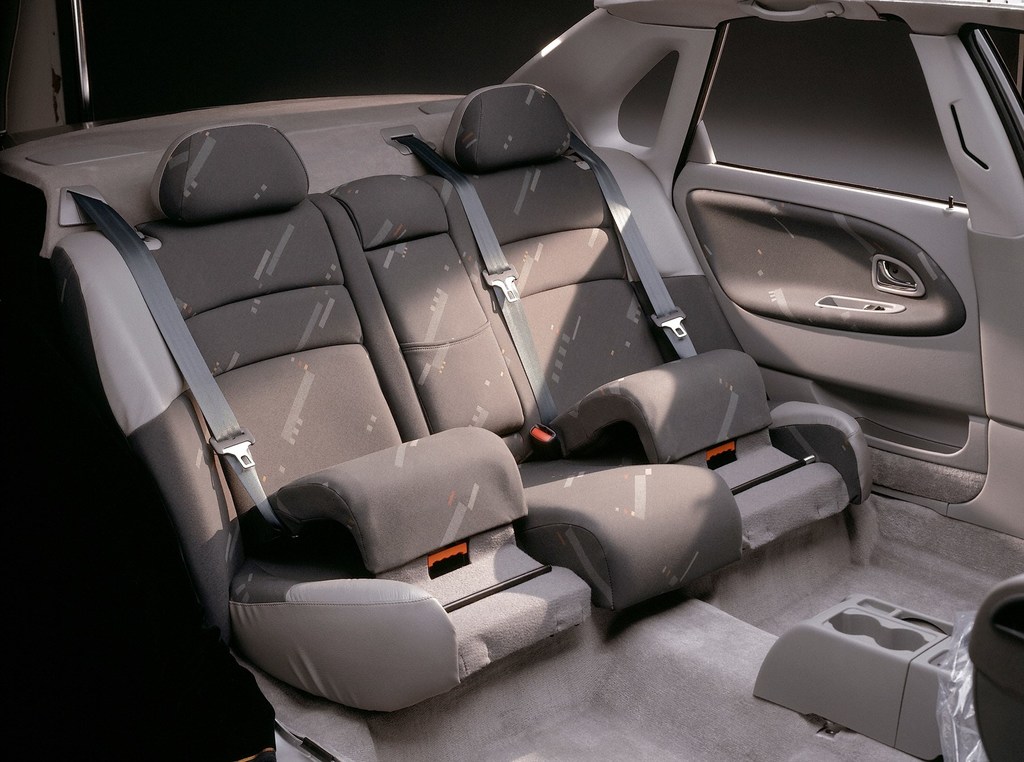 Once your child’s eyes are level with the top of the backseat of the car or the child is approximately 26kg or over, they may use a seatbelt. The seatbelt, however, must fit your child correctly, i.e. the lap belt is low over the bony part of the hips (not the stomach) and the sash does not touch their face or neck when all slack is removed.

When using an adult belt, either alone or in conjunction with a booster seat, do not allow your child to place the sash portion of the belt under their arms or behind their back. Never use a booster seat with a lap only belt alone.

If you are purchasing or borrowing a second-hand restraint, be VERY CAREFUL. Only use a restraint when you know its history or if it has been obtained from a reliable source. Do not buy or use it if it has been involved in a crash, has worn straps, bent or worn buckles or the attachment points in the plastic shell are cracked or discoloured, e.g. from age or over exposure to the sun.

Innovations and interesting facts about child seats driven by Volvo

1964 - Volvo’s ground-breaking child safety work started when the company developed the world’s first rear facing child seat prototype in a PV544 in 1964, inspired by how astronauts travel rearwards - and the latest innovation is an Inflatable Child Seat Concept that is easily tucked away in a small bag when not in use.

1967 - the first child seat to be sold to customers was created by turning the front passenger seat around. Adding a padded backrest with straps, made sure that the rearward facing child was kept in place. The solution was sold as an accessory for the recently introduced Volvo Amazon.

1972 - rearward facing child seats are designed to support the neck and help spread the force of a frontal impact over a larger area. Frontal impacts are the most frequent and usually the most severe impact situation.

1976 - saw the arrival of a booster cushion, another world first from Volvo. Children from three to four years and up travel facing forwards using the standard safety belt with a belt positioning booster cushion. Volvo Car’s policy is that children should use a booster cushion until they are 140cm tall and ten years old. When using a booster cushion, the child runs an approximately 75% lower risk of being injured than compared to being unrestrained.

1999 - the world first solution for the standardised, car integrated ISOFIX fittings was actually two rearward facing seats in one. Both seats- one for infants and one for toddlers up to four years of age- could be fitted in the same ISOFIX frame.

2014 - the inflatable child seat- an innovation that is still in the development stage, is easy to install and can be tucked away in a small bag when not in use. This means that the child seat can be easily transferred between cars and the bag even fits in carryon luggage when flying or travelling. 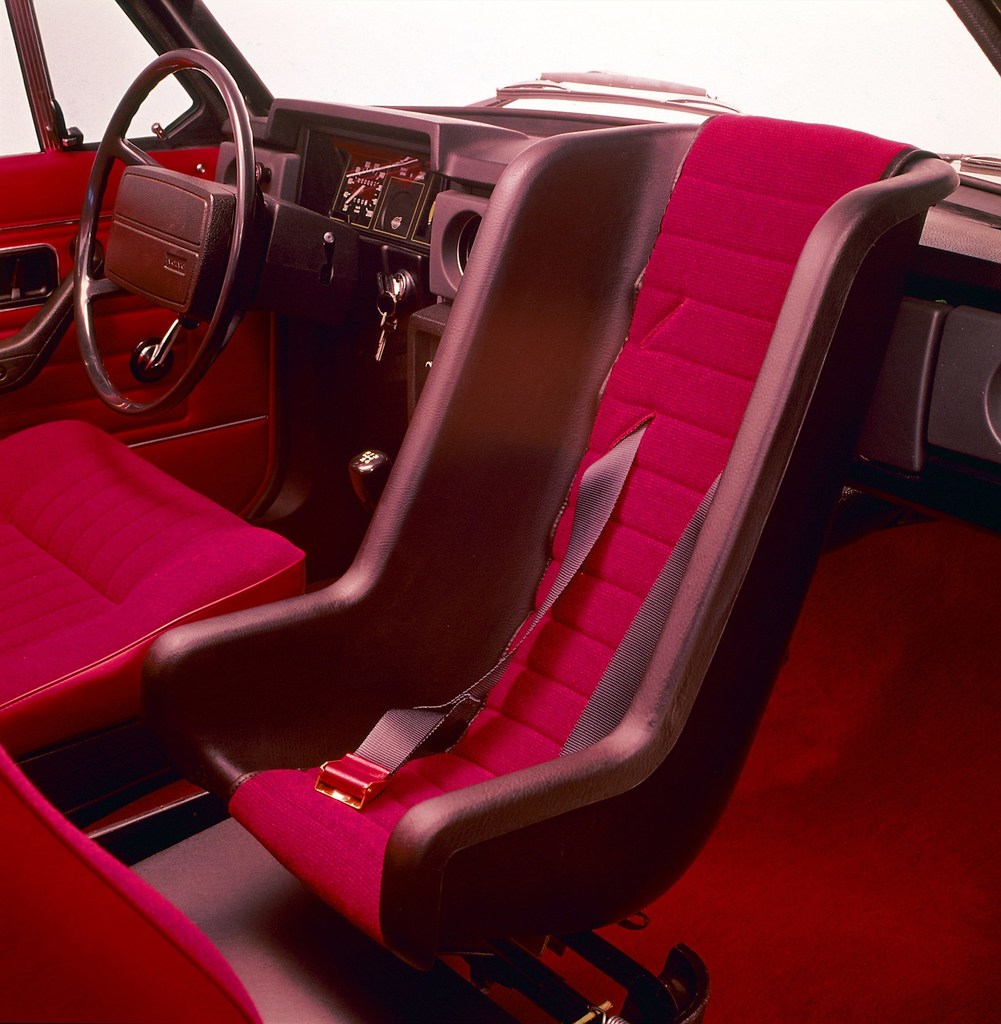 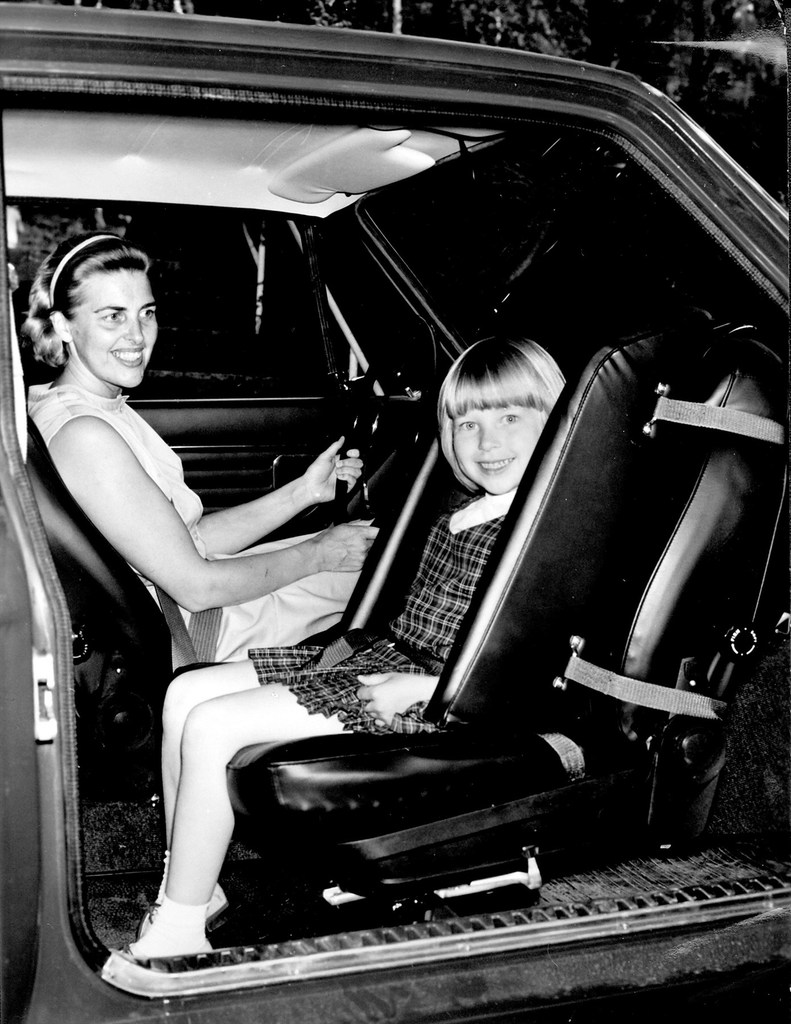 [Special recognition to WHO Manual on Seatbelts and Child Restraints and Arrive Alive for source information.]