More for the EcoSport range… 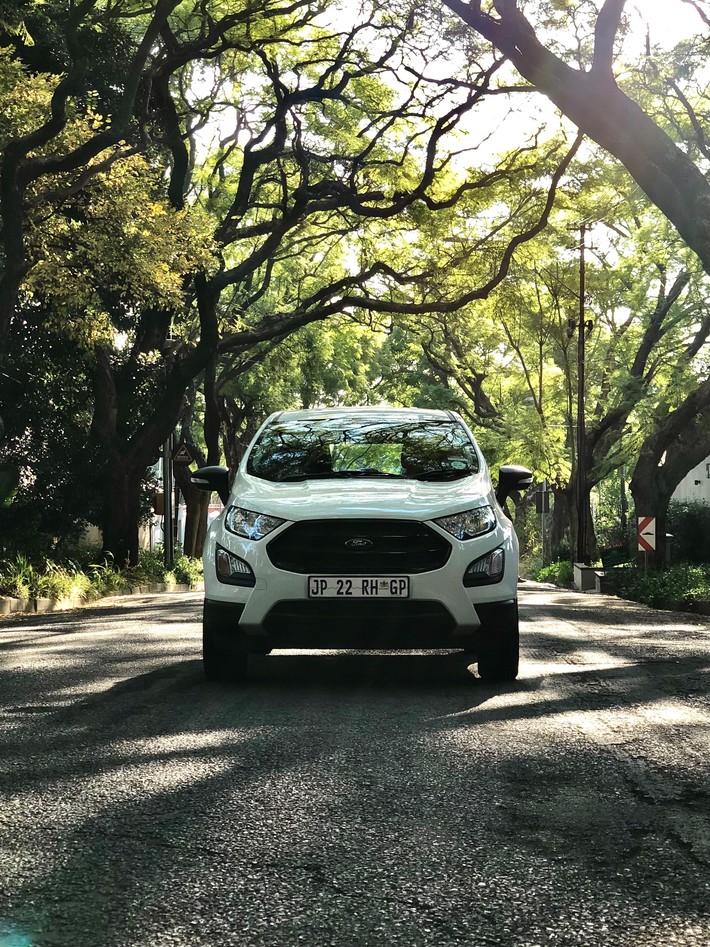 A Ford Fiesta in high heels! What a great idea. Enter Ford’s EcoSport. This cute crossover/SUV from the mainstream brand, Ford, has proven to be a top seller since its global launch in 2012. In the fast-paced world we live in, choice is mandatory, as is selection – that’s why there are model upgrades...

Ford has bolstered the EcoSport ranges offering with the addition of a six-speed automatic transmission for the popular and most affordable Ambiente petrol derivative. This is complemented by specification upgrades on the higher priced and spec’d Trend and Titanium models that enhance driving safety and comfort. “The compact SUV category grew substantially with the maiden launch of the EcoSport in South Africa in 2013, and the model has dominated this class ever since,” says Doreen Mashinini, General Manager Marketing at FMCSA. “The introduction of a six-speed automatic transmission for the EcoSport 1.5 Ambiente represents another trend-setting move for this successful model, which now also offers the best value for money automatic in the entry-level compact utility segment.” 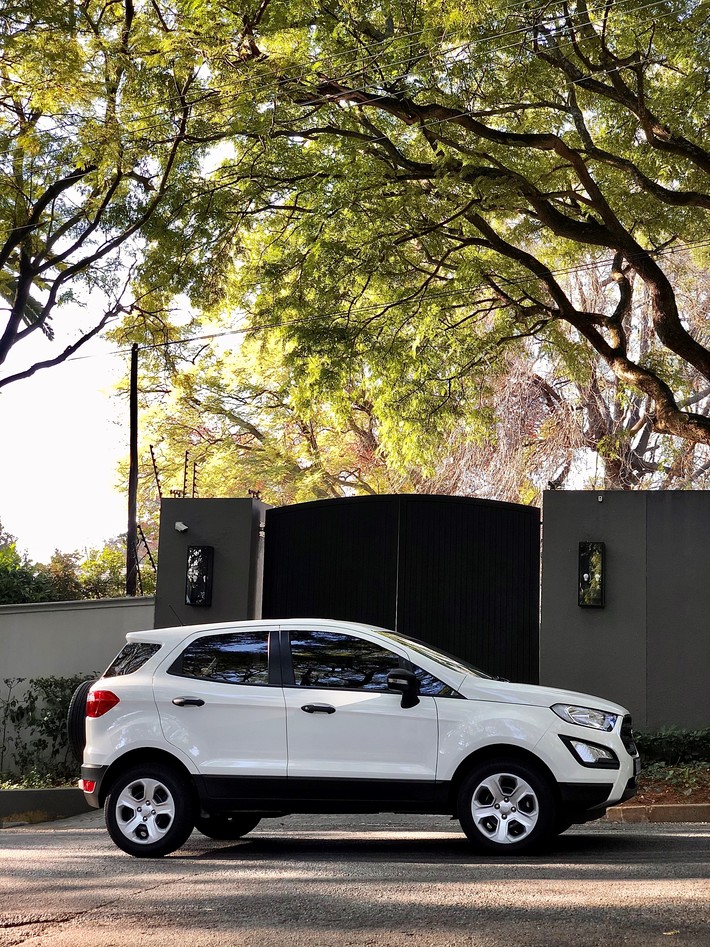 “Paired with the smooth-shifting six-speed automatic gearbox and the lively 91kW 1.5-litre three-cylinder petrol engine, the EcoSport Ambiente is a unique and compelling proposition that offers exceptional value for money,” Mashinini adds. “It is ideally suited to active individuals and families where the convenience of an automatic makes it perfect for busy city driving, while delivering comfortable and hassle-free open-road cruising.” 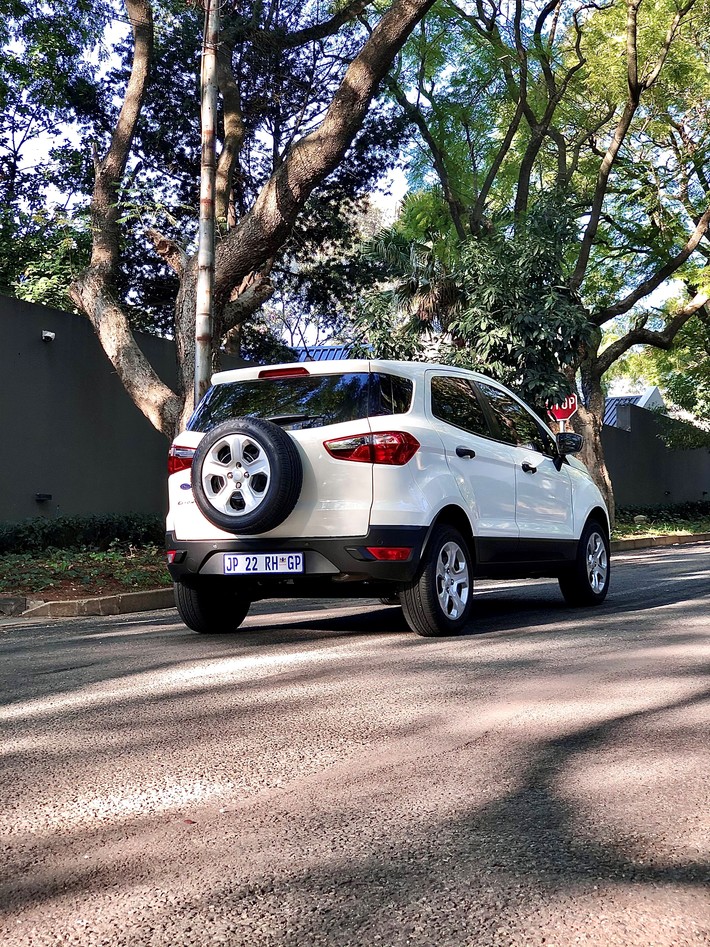 In addition to the new Ambiente model, the EcoSport Trend and Titanium derivatives benefitted from the inclusion of Ford’s Collision Mitigation System – a pre-collision assist feature that alerts the driver of a potential collision with the vehicle ahead, pre-charges the brakes and, if necessary, applies maximum braking pressure once the driver presses the brake pedal. 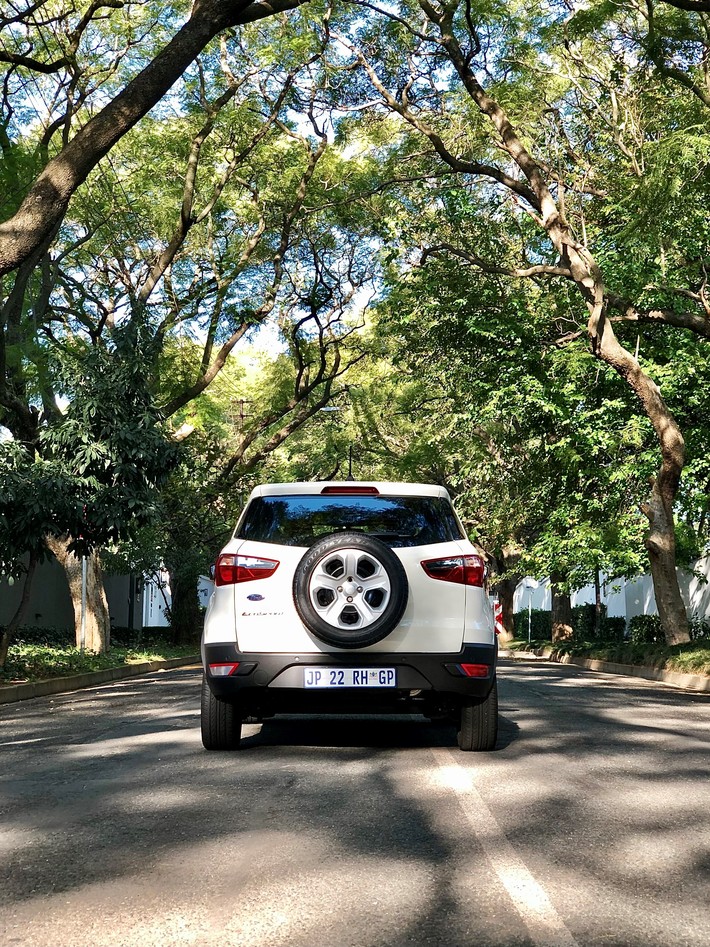 Cruise control with an adaptive speed limiter has now been added to the Trend models, while the Titanium gains front parking sensors to complement the rear sensors that are standard across the range. An underbody protection shield on Trend and Titanium models makes the EcoSport more robust for less-than-perfect roads in combination with its 206mm ground clearance. 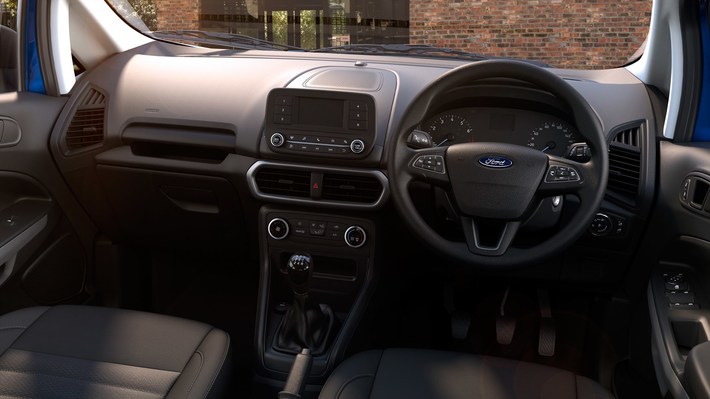 “These attributes, combined with the EcoSport’s impressive list of safety, comfort and convenience features, plus a standard 4-year/60 000km service plan, ensure that the expanded range is more appealing and competitive than ever,” Mashinini states. With the addition of the new model, a total of seven EcoSport derivatives are available, starting off with the 1.5 Ambiente in five-speed manual or the new six-speed automatic version. The charming three-cylinder 1.5-litre petrol engine available in the Ambiente auto’ is renowned for its eager power delivery and sprightly performance, delivering 91kW and 151Nm of torque for impressive overall drivability and low fuel consumption. A 1.5-litre TDCi turbodiesel model is also available in Ambiente trim, producing 74kW and 205Nm, linked to a six-speed manual gearbox.

The multi-award winning 1.0 EcoBoost engine, which produces 92kW and 170Nm, powers the Trend and Titanium models, which can be specified with six-speed manual or automatic transmissions.

Another area where the EcoSport punches well above its weight is in the number of airbags fitted, as all Ambiente models feature no less than six airbags (dual front, side and curtain airbags), while the Trend and Titanium also incorporate a driver’s knee airbag.

Multimedia functionality remains a stand-out feature of the EcoSport, as the EcoSport Ambiente incorporates Ford’s SYNC® with Bluetooth and Voice Control, as well as two USB ports, six speakers and a 4.2-inch screen.

The Trend models boast a more sophisticated version of the SYNC® infotainment system with a 6.5-inch colour touchscreen, while the Titanium’s SYNC®3 features an 8-inch display as well as embedded turn-by-turn navigation.

It is safe to say with the EcoSport’s popularity, coupled with its past facelift in 2018 and now minor upgrades (which are most recent), this second-generation continues to offer a compelling product within a plethora of competition. Its long life signals the launch of a third-generation model in the next year or two. But until then, this model continues to hold the mast for the Ford brand within this category.