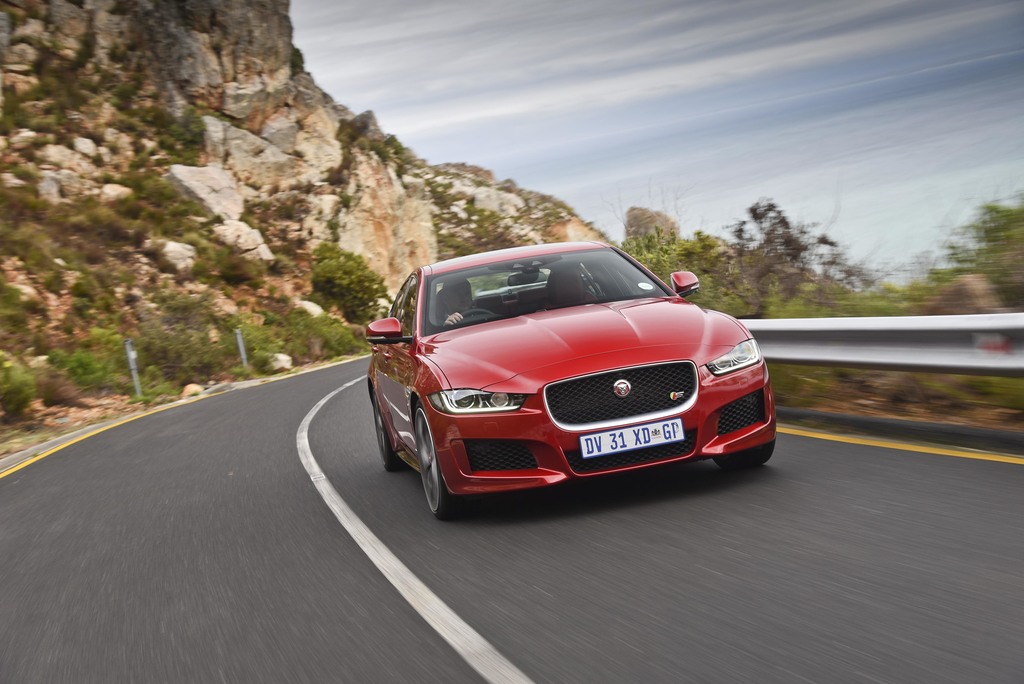 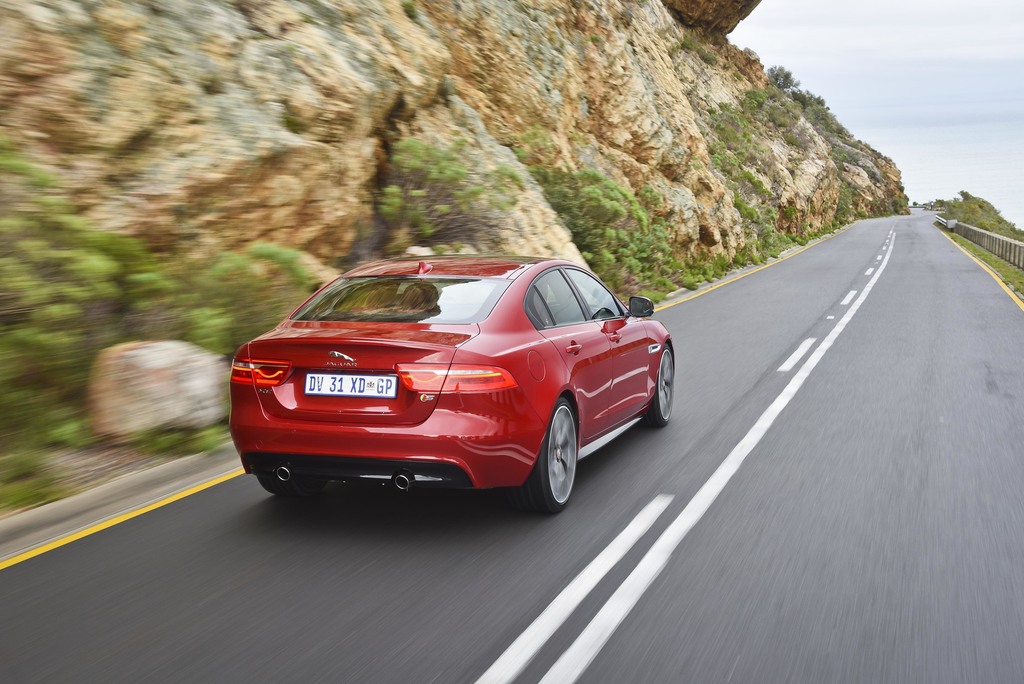 Highly pedigreed cats are created. Doing a good job of pairing DNA means creating a royal bloodline - giving the family its superior aesthetic and with a bit of luck - perfected features. The result? A champion feline.

It's not uncommon with highly bred species for breeders to genetically manipulate specific features in the breeding process - things like: a longer tail or a pointier nose, are all possible. The downside, is that these gorgeous cats though perfected according to aesthetics principles are now flawed, which can have implications in their functioning.

It's been some time coming - the gestation of the Jaguar XE- the brand’s newest species. It replaces the X-Type that was discontinued in 2009. Six years on, the XE has been bred to be the brands bread and butter. The XE's application allows for a greater aptitude of abilities, and therefore a larger target audience of customers for the niche luxury brand.

The XE is a premium product in the compact executive sedan segment but designed with a sporting pedigree. Its direct competition are Germany's trio: Audi, BMW and Mercedes-Benz in their A4, A5 Sportback, 3-Series, 4-Series Gran Coupe and the current World Car of the Year - the C-Class.

This is arguably one of the most challenging segments in which a car brand can compete.  With many alternative niche options available to choose from as substitutes to the common choices, they are:  Volvo's S60, Lexus's IS and Infiniti's Q50. 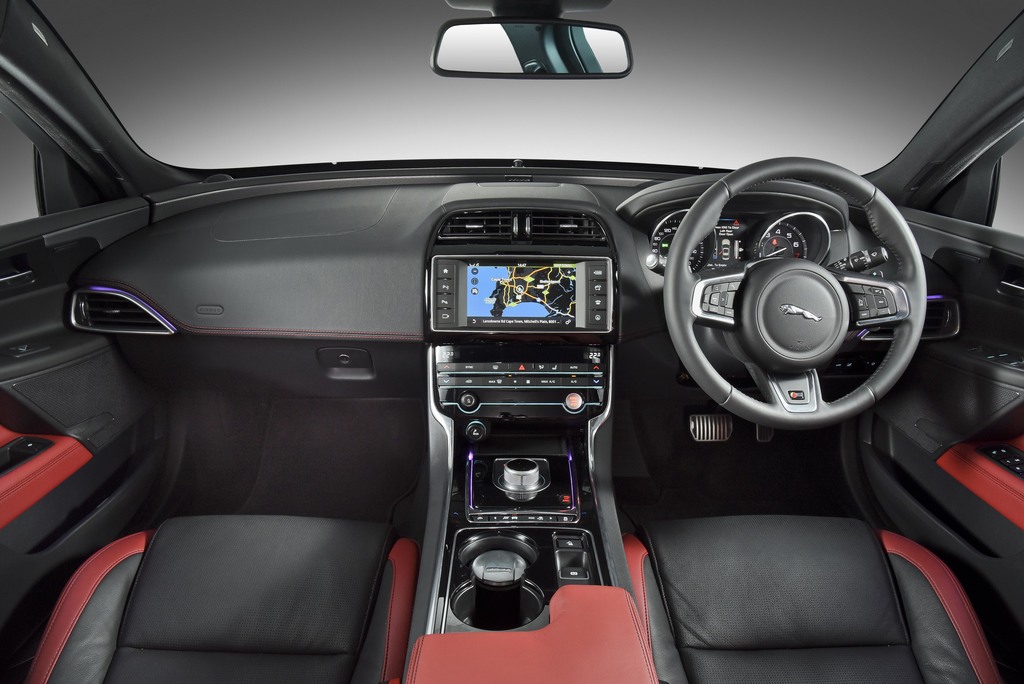 The XE has been bred with specific attention placed on its driving dynamics - it is a driver’s car. Its sensational driver orientated prowess is due to its underpinning framework: its chassis, which has been created from lightweight aluminium, its front suspension - borrowed from the athletic F-TYPE, two of its three available engines (code name Ingenium), the 2.0 diesel and 3.0 supercharged petrol and a low slung driving position, harnessed by sexy sports seats (R-Sport). Also part of the XE's package, is an 8-speed automated ZF gearbox that's beautifully mated to all three of the cars engines and pops out of the transmission tunnel as with other Jaguars. The 2.0 turbocharged petrol engine, badged the 2.5 has been part of the Jaguar family for some time but it is due to be replaced with a more modern ingenium variety in coming months. It will no doubt be more efficient and possibly more powerful. But for now the familiar engine does a sterling job of motivating the XE honed chassis. Design and overall styling are a subjective topic of conversation. My option of the XE's design leaves me feeling that it is athletically handsome. I feel, though good looking, that it's less unique than the rest of its jaguar family members: XF, XJ and F-TYPE. At a quick glance as well as an intense stare - the XE is an infusion of design inspired elements. I see Audi's A5, Mazda's 6 and Infiniti's Q50 mixed in its rear end along with the F-TYPES rear tail light detailing. Its profile and front styling are more obviously Jaguar with strong XF and XJ styling cues. The interior is defined by the package you buy the car in, from: Pure, Prestige, R-Sport, Portfolio and up to S trim, which is exclusively for the top of the range 3.0 model. A variety of colour and material options add to the large array of possible interior designs - making the XE the most adaptable and uniquely customisable Jaguar yet. The cabin has been designed like a tailored glove - fitting snugly, yet comfortably around its four passengers. The steering wheel is from the F-TYPE which includes its push button steering mounted controls. The XE also features class leading steering feedback and sensation – all adding to the cars sporting dynamics. The dashboard - framed with a new design detail, allows the dash to appear lower yet remain ergonomically precise. An all-new 8” touchscreen with updated software makes navigating through the car’s electronics child’s play.  Rear seat accommodation is best suited to two average sized adults. The boot on higher end models opens and shuts electronically – a nifty novelty which doesn’t disguise that fact the boot is the smallest of its rivals but more than adequate.

Like a pedigreed cat, the XE’s bloodline has produced a true driver’s car that is a thrill to drive. Rivalled only by the BMW 3-Series in the dynamics department. It is a champion in that regard but it’s over breeding has lead to some function flaws which are superior in the C-Class and A4 but for the most part these can be overlooked.

What’s hard to overlook is its price premium: it is a Jag and its British – so just for that prestige you can add a slight premium over its rivals. There is a problem though! Our downward flailing Rand paired against the powerful Pound has this cat priced 20% or more above its competitors. Prices begin at R534 800 for the 6-speed manual 2.0 Diesel pure model and top out at R 908 100 for the 8-speed automatic 3.0 supercharged petrol S model. My personal pick of the bunch would be the 8-speed automatic diesel in Prestige guise that retails for R590 400.