iRight, for the direction in which Hyundai has taken its new i20 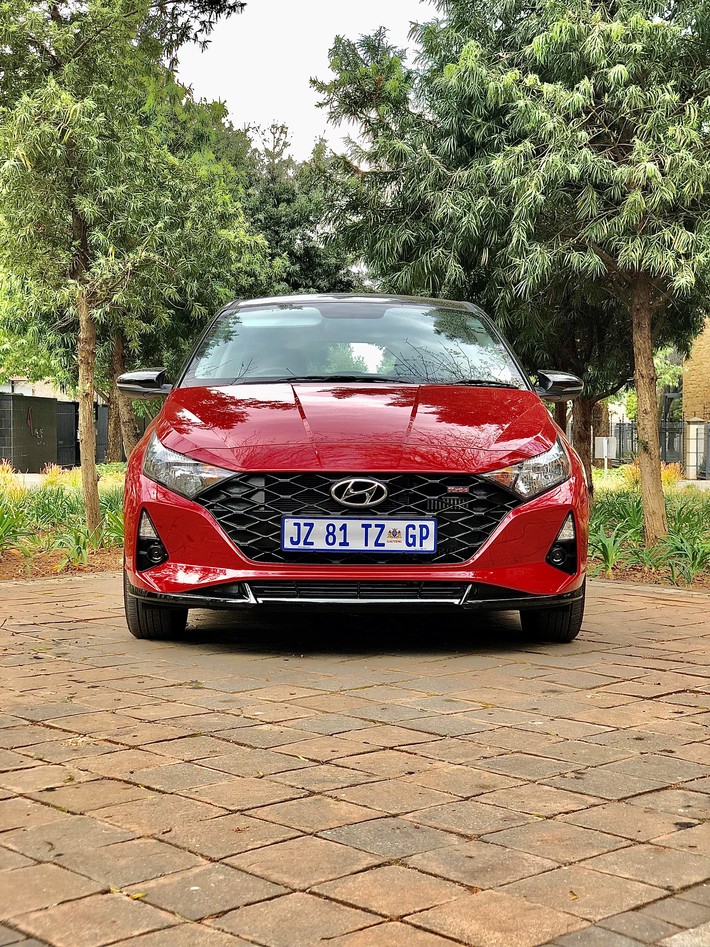 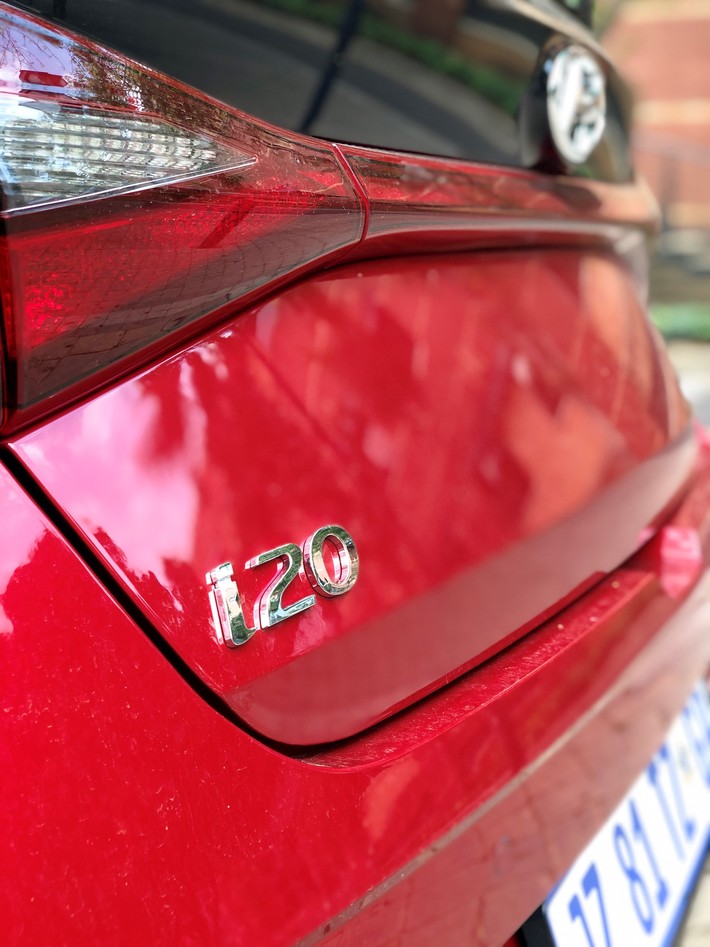 The all-new i20 – introduced locally with two specification levels, Motion and Fluid – is the third-generation model, which was first launched globally in 2008, and in 2009 in South Africa. The new i20 features Hyundai’s “Sensuous Sportiness” design identity, which combines the harmony between four fundamental elements: proportion, architecture, styling and technology. The purpose of this design direction is to create emotional value and to give Hyundai’s vehicles a distinctive new look. The Sensuous Sportiness design provides the new i20 with a stylish character that is emphasised by its dynamic-looking front and rear bumpers, as well as its new radiator grille. Personally, I’m a fan – the overall look is dynamic and unique amongst its peer group. 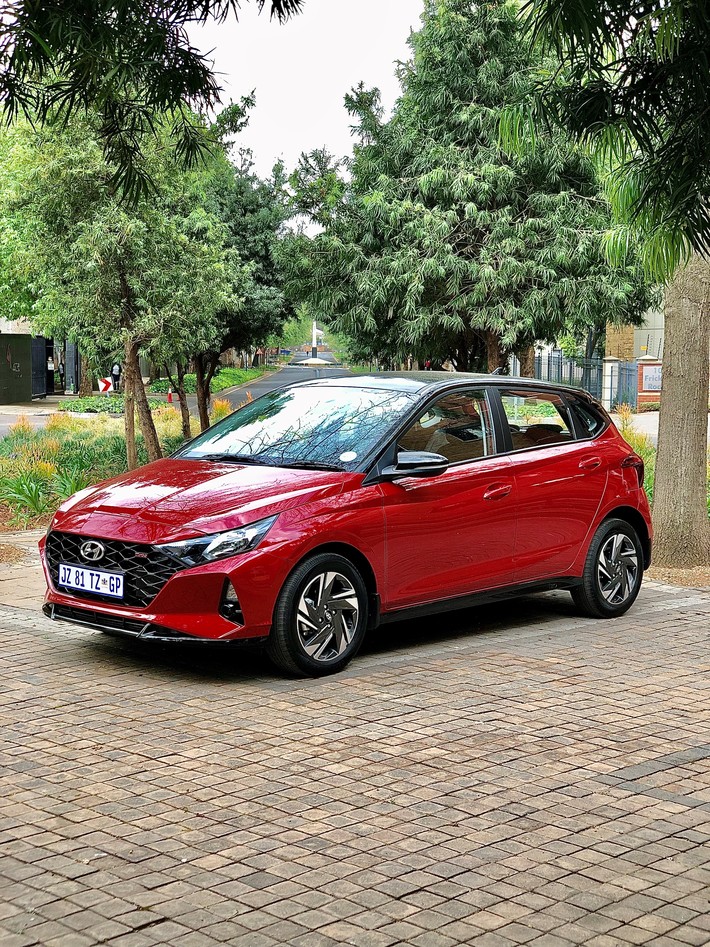 Not just a good looker, the i20 offers increased width and an enlarged wheelbase compared to the previous generation. This provides increased seating space for passengers in the rear, with rear passengers. So, it’s safe to say you can fit five adults in the new car. Occupants of the Fluid variants can also enjoy pleasant subtle interior lighting at night thanks to new blue LED ambient light technology. Boot space has been increased, too.

Colour choices abound from Titan Grey to Polar White, Starry Night, Fiery Red, Typhoon Silver and Phantom Black, complemented by two 2-tone colour schemes: Fiery Red with a black roof, and Polar White with a black roof. I am a fan of the 2-tone choice as it adds to the visual appeal of the vehicle. The interior space achieves an airy feeling inside the cockpit. One design highlight are the horizontal blades that cover the high and prominent dashboard. This gives it a very unconventional look by making the front fascia look slick and wide. 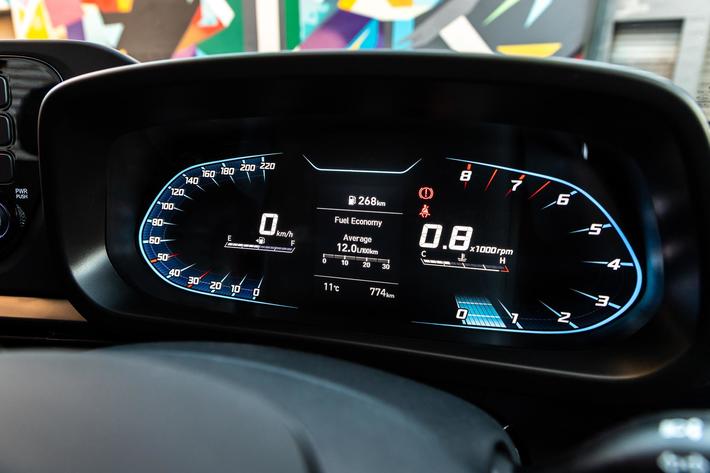 Among the many convenience features in the new i20 are: The i20 offers connectivity with a range of high-tech convenience features and premium sound quality. Apple CarPlay and Android Auto, now offered with a wireless link, enable customers to mirror the functionality of their iOS and Android smartphones.

To increase the elegance and the visual comfort of the interior, the new 10.25-inch digital instrument cluster in front of the driver and high-resolution 8-inch centre touchscreen for the infotainment system have been visually combined. This paddle design makes the interior stand out, while the touchscreen offers customers multiple functions for the sound and infotainment system. A wireless charging pad in the centre console means occupants no longer need to use a cable to charge their smartphones. Additionally, there are two front USB charging ports in all variants – one for connectivity and one for charging in the middle console, while another charging port is available for rear passengers in the Fluid variants.

By offering three engines with three transmission choices, the i20 range caters for different drivers’ needs. It also offers improved ride and handling, as well as steering, compared to its predecessor.

A 1.2-litre is available as an engine in both the Motion and Fluid derivatives. This 4-cylinder petrol engine, coupled to a 5-speed manual transmission, offers 61 kW maximum power and 115 Nm peak torque, and it clocks a maximum speed of 169 km/h. Fuel consumption is a claimed 5,9 litres per 100 km.

The 1.4-litre 4-cylinder engine slots in between the other two, matched to a 6-speed torque converter automatic gearbox. It delivers 74 kW maximum power and 133 Nm peak torque, with a top speed of 173 km/h. Fuel consumption is a claimed 6,9 litres per 100 km.

Passive safety systems in the new i20 include 6 airbags (driver, front passenger and two curtain airbags) in the Fluid variants, and driver and front passenger airbags in the Motion derivatives. What’s more, Anti-Lock Braking System (ABS) and Electronic Brake-force Distribution (EBD) are standard features in the whole range.

All models are equipped with Isofix latches for child seats. The i20 was a compelling package when compared to its counterparts. In its latest guise, the i20 becomes that much closer to the benchmark within its class. With that said I would strongly consider the i20 – especially the 1.0 TGDI models when shopping for a compact city hatch.