The Ford Ranger has become much loved; with further brand extensions it is arguably a trendsetter too. The rugged off-roader offers all the capabilities you would expect wrapped in a super-cool Americana aesthetic.

The new Thunder limited-edition model is derived from the extraordinarily successful Ranger Wildtrak. There are numerous distinctive design features that are unique to the Ranger Thunder, starting with a revised honeycomb-style front grille incorporating red accents for the side “nostrils”, which gives this new derivative a distinctly performance-oriented demeanour inspired by Ford’s sportiest models. 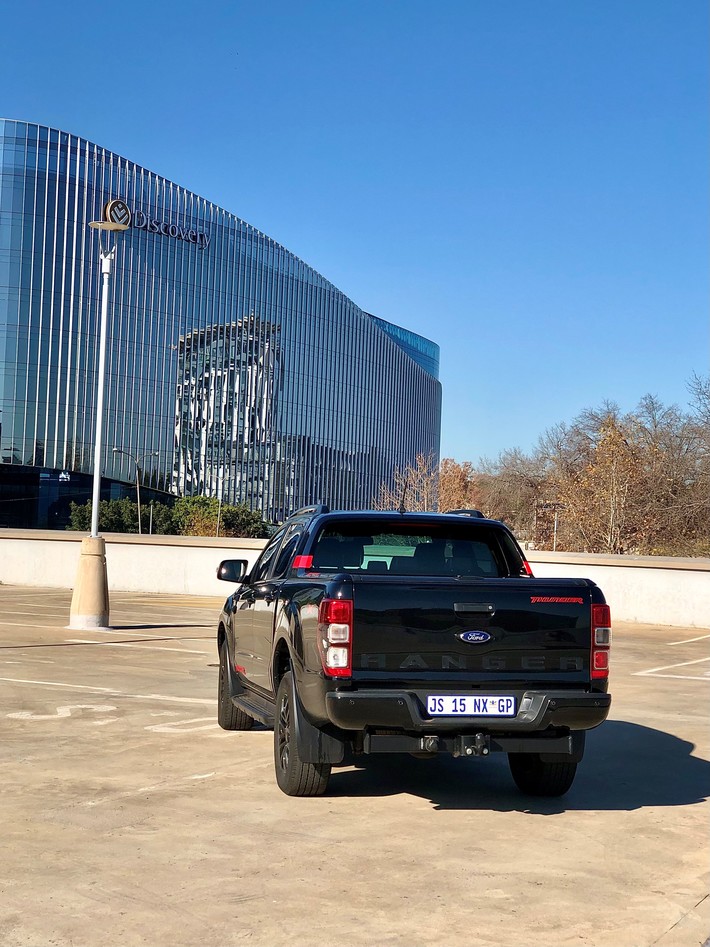 This is complemented by black detailing for the side mirror housings and bold three-dimensional “Thunder” nomenclature at the base of the front doors and on the rear tailgate. The new 18-inch multi-spoke alloy wheels are finished in black which adds to the Ranger Thunder’s assertive and sporty character. Additionally, the integrated sports hoop fitted as standard on Wildtrak models now gains a striking red insert that adds further stylistic flair. 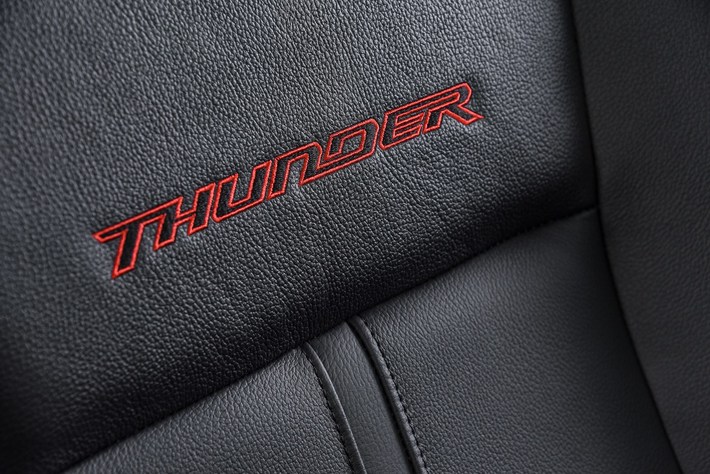 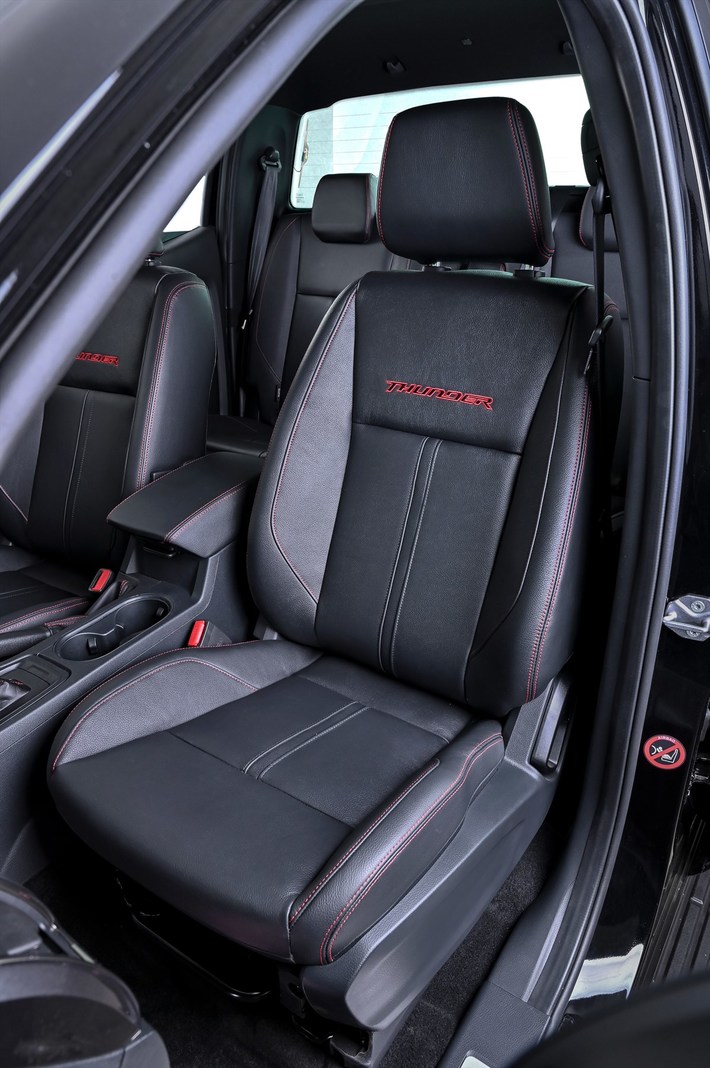 The Ranger Wildtrak has a luxuriously appointed premium cabin, but the Thunder raises the bar even further. There is an extensive use of black leather that adorn the seats, dashboard, steering wheel, gear lever and handbrake with striking red contrast stitching in place of the orange used on the Wildtrak. New front leather seats have been fitted, featuring bold “Thunder” decals embroidered in red. 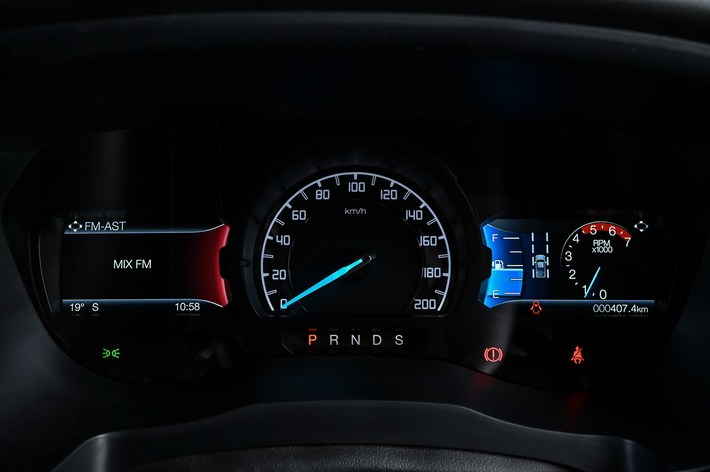 Aside from the visual enhancements, the Ranger Thunder benefits from numerous practical additions in the load compartment too, including a lockable “Mountain Top” black roller shutter to safely secure goods being carried. There is also a cargo area management system with a bed divider that allows the owner to easily compartmentalise the available space for securely holding different-sized items.

As with the Wildtrak and Ranger Raptor, the Thunder is powered by the 2.0-litre Bi-Turbo engine which produces 157kW and 500Nm and is mated to a 10-speed automatic transmission. This combination, which benefits from the transmission’s Progressive Range Select (PRS) function by giving the driver the ability to lock out gears from the automatic shifting range, makes the Ranger Thunder ideal for towing or when driving in slippery conditions or climbing steep gradients. The Ranger’s exceptional towing capacity of up to 3 500kg remains unchanged in the Thunder, as do the 800mm water wading depth and 230mm ground clearance. Ranger Thunder continues to shine with Autonomous Emergency Braking (AEB) that uses a combination of radar and camera systems along with new software to detect pedestrians, as well as stationary and moving objects.

Additional features available on the Ranger Thunder include Adaptive Cruise Control (ACC) with Forward Collision Alert. The system gives a visual and audible warning if the gap to the vehicle ahead falls below a critical distance. Furthermore, the brake system is pre-tensioned and the servo boost assistance system is modulated to provide immediate brake performance if required by the driver. The system is also able to brake the vehicle independently of the driver in an emergency if the accelerator pedal is released, helping avoid a collision or reduce the impact speed. Ranger Thunder also benefits from Ford’s innovative Semi-Automatic Parallel Park Assist (SAPPA), which takes the hassle out of parallel parking manoeuvres by using ultrasonic sensors on the front and rear bumpers that search for parking spaces that are big enough to park the vehicle and alerts the driver when a suitable spot is found.

Ford has enhanced the standard lighting, and resulting driving safety, on all Ranger models from the XLT model and above with the fitment of LED headlamps across the board. The new lights incorporate LED daytime running lamps for improved visibility, as well as LED front foglamps.

The Ranger XLS line-up receives a significant upgrade to its built-in infotainment system, with the current first-generation SYNC® with four-inch LCD display replaced by a Connected Touch Radio (CTR) system, which provides improved connectivity at the lower end of the infotainment line-up.

Incorporating an eight-inch full-colour touchscreen, CTR is largely equivalent to SYNC®3 apart from embedded navigation and voice recognition. It offers two USB slots and full Android Auto and Apple CarPlay connectivity for smartphones – including the ability to use a paired phone’s navigation functions – along with text-to-speech.