The Lexus GS vs the Infiniti M

The executive table is filled with some rather well suited competition: The Mercedes E-Class, the BMW 5-Series, Audi’s A6 and Jaguar’s XF, all of which have recently gone through midlife nip and tucks (except the A6 which is new). These are the best of the best and driven by drivers that have been there and done it all, drivers who want the very best in luxury, performance and status. I reference the movie American Psycho to establish the psychographics of the customer: ‘Business card scene’. Patrick Bateman, a stock broker and lead character, enters the boardroom. He opens his business card holder and presents his latest card on the polished boardroom table to his three work colleagues whom are competitors. They ooh and ah as he proudly presents it, he mentions the typeface, paper and bone finish. His competitive co-worker presents his newly printed card in comparison. He remarks, ‘That’s nothing’, in reference to Patrick’s card, and outlines the details and features of his eggshell with Romalian type specimen. The scene plays out with a final competitive presentation, ‘But wait you ain't seen nothing yet, raised lettering, pale nimbus, white’. Patrick is wrought with anxiety, it’s a competitive environment and he wants to win. He begins to sweat.

The cards are executive’s labels of self-valuation, so too are their carriages of transportation.  I present two very worth competitors to the table, aimed at a similar market but different in the detail of it all. 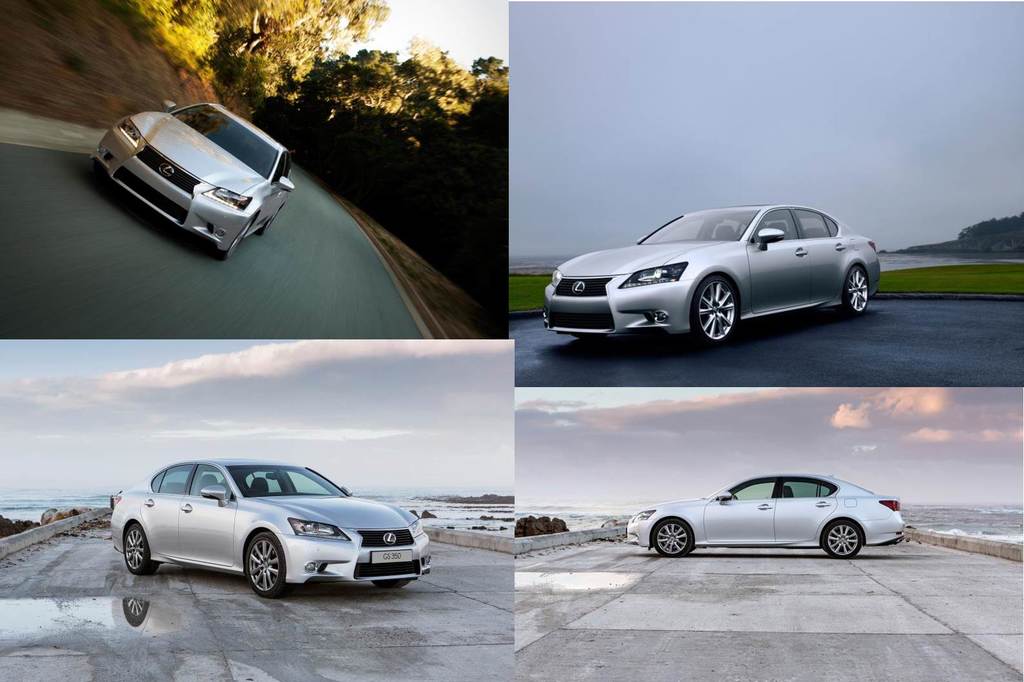 First up is the Lexus GS featuring the brand’s new spindle grill. Gone are the round 'volume-esque' lines of the previous GS for sharper streamlined outlines. The new GS looks smaller than it is which helps give it an aggressive road presence especially from the front, its best angle.  The interior of the car is a brave move. Love it or hate it, it’s unique. Less is more, though leather-lined.  Good quality materials have been used all round and no expense spared. In the quest to remain competitive the Lexus GS is an experience of techno electronic wizardry. Keyless entry, automated seating and steering systems that adjust automatically for ease of entry and exist. A highlight is the 13” infotainment screen (the largest on the South African market), linked to a leather mouse and track pad which gives you access to a plethora of systems. It takes getting used to, but once mastered a unique differentiation from the German rotate and click systems.  The presentation of the visual layout, display and colouring are straight out of a PlayStation game, an interesting feature.

The drive of the car leaves you with an overall sense of calm and serenity. The cabin is silent and the gear shifts seamless. The GS wafts along, leaving only the sound of the outstanding 12-speaker sound system. Closing your eyes one could easily imagine being in the studio with Gareth Cliff and his breakfast team the sound is that acute.

When driving the GS you are not removed from the driving experience as much as you are cocooned from it. The experience is one that makes you relax and enjoy the luxury that has been masterfully created. I was lucky enough to be chauffeured on a drive and from the back seat this sensation is just as sublime. The V6 engine is naturally aspirated and felt brisk but not fast. Handling is best left judged in Sport mode. The GS was honed on the Nürburgring Grand Prix track, which theoretically should give it amazing handling capabilities and grip. Let’s just say that its handling characteristics are good but is better suited as a luxury sedan and driven in a sedate manor. Leave the high speed cornering and dash and dart accelerations to cars like the M5s and AMGs of this world. The GS is about travelling in business class luxury. 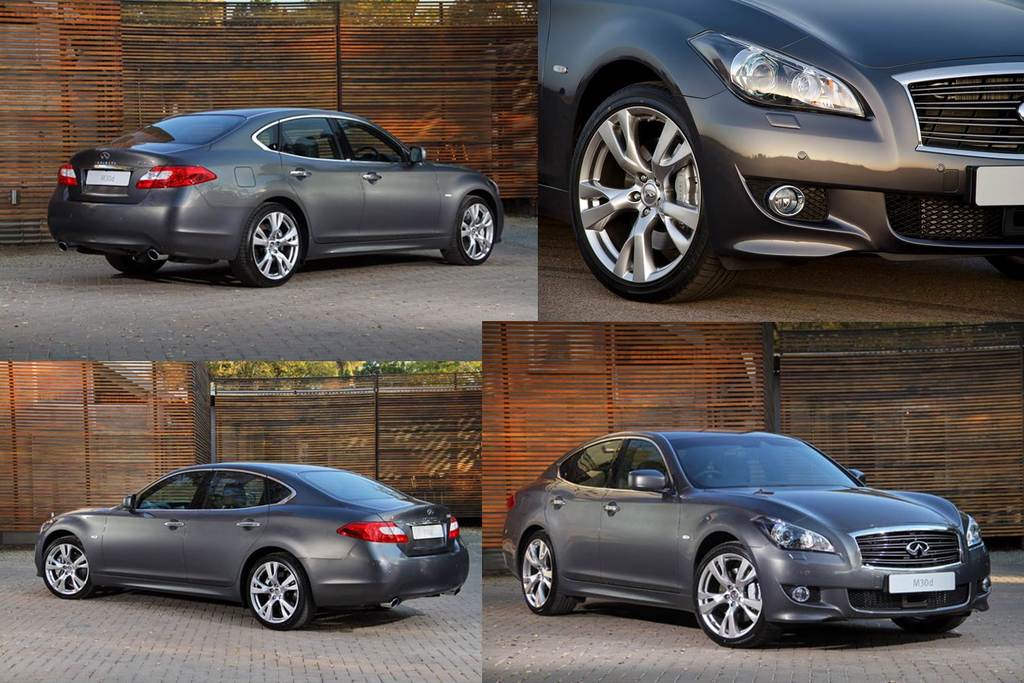 The Infiniti M is bolder in its styling and similar looking in fact to the previous GS. The M’s genetics are a mix of double-breasted power dressing and streamlined shark.  Bold and beautiful is the Infiniti M, particularly with the 19” grey mags, it looks menacing and dominates the road. The M carries the same design signature from the outside inwards. The interior is a leather-lined glove of opulence. As you open the door, you notice the dashboard has more curve than Beyoncé’s derrière. It wraps itself around its driver and passengers like handmade gloves. The ergonomics and switch gear layout are better than in the FX SUV, though the buttons are plentiful, with a Smartie box of electronic aids it works very well. Infiniti offers its driver the option of interacting with the buttons individually, using the touch screen or scrolling and clicking through a dash mounted navigator making life easy. Infiniti's have more standard equipment than any car I have ever reviewed, the list of three-lettered acronyms that come standard are infinite!

The M features a novel but rather cleaver air conditioning system which uses a ‘forest mode’. How it works is by mimicking nature, rather than blowing air in the faces or feet of its passengers, it circulates air in cycles and mixes two types of forest scents in the air. This mixed with air-cooled seating ventilation makes for a sweet smelling and sweat-less affair. The M also features a multi-speakered sound system which was developed in conjunction with BOSE, though good it isn’t as superlative as the GS’s system.

Ignite the 3.7-litre V6 and you hear it snarl as you accelerate from stand still.  As you pull off you feel that this is a driver’s car. It is firmer than the GS, you are more aware of the sounds of the engine and tyres. The seats are softer than the GS but the M’s nature certainly isn’t. Rotate the mode button from Eco mode into Normal and there is a considerable jump in acceleration from the car. Rotate once more into Sport and you unleash a beast. Like Husain Bolt out of the starting block the M blasts from point to point with purpose. Be warned if you choose to drive in S it also stands for super-sipper and you’ll be filling the tank more often than you would like. 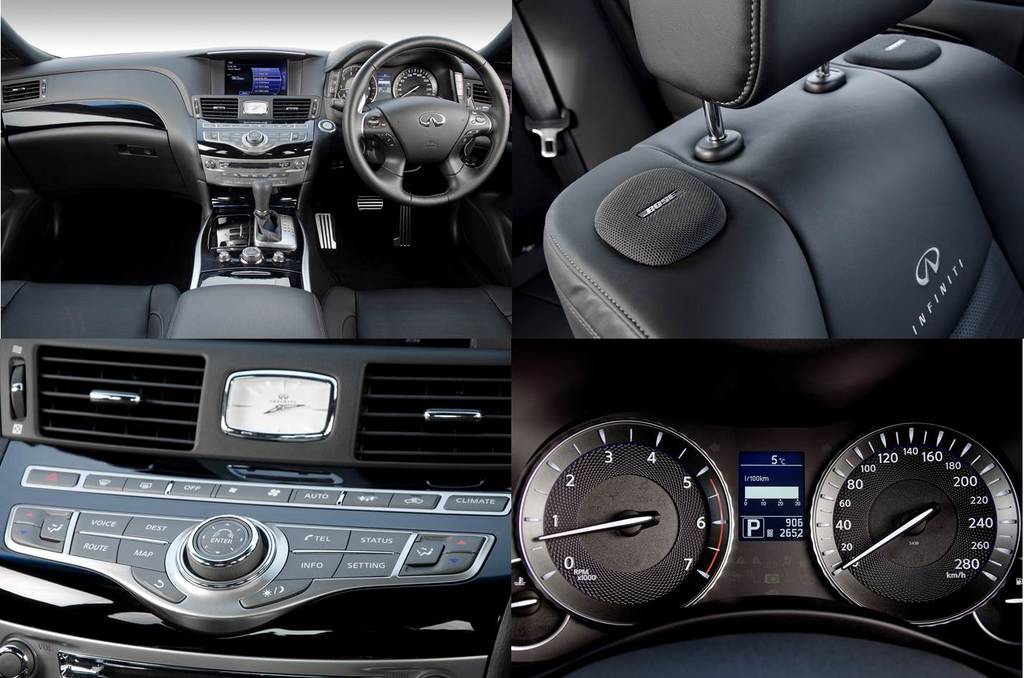 The M is a heavy car as are all the players at this boardroom table but when mixed with the 235kW engine the M feels light on its feet and ready to go. Handling in the M is reassured and involved, there is good feedback through the wheel and corners with minimal body roll for its size. It feels more of an enthusiast’s car than the GS.

Let’s conclude that there is a suit for every man or woman. If you are double-breasted power dresser, the Infiniti is your car. Bold, fast and full of buttons, all this making driving the car a pleasure. But this comes at a prices, the Infiniti is expensive and unknown in the South African market. So for those who like to be different, make a statement, and if your car allowance is not an issue then pick the M37S.

The single-breasted Lexus has less to prove than the Infiniti, though it doesn’t sell in the same quantities as the Germanic trio, consumers understand and appreciate the Lexus brand. The GS is accomplished, doing its job quietly and very efficiently too. The Lexus is also very well priced and is by far the cheapest business class traveller being judged at the boardroom table board. The Lexus is suited for those who are understated and arrive quietly without spending frivolously (it’s over R125 000 cheaper than its closest priced rival the Audi). You could buy a youngster a nice run around for that!