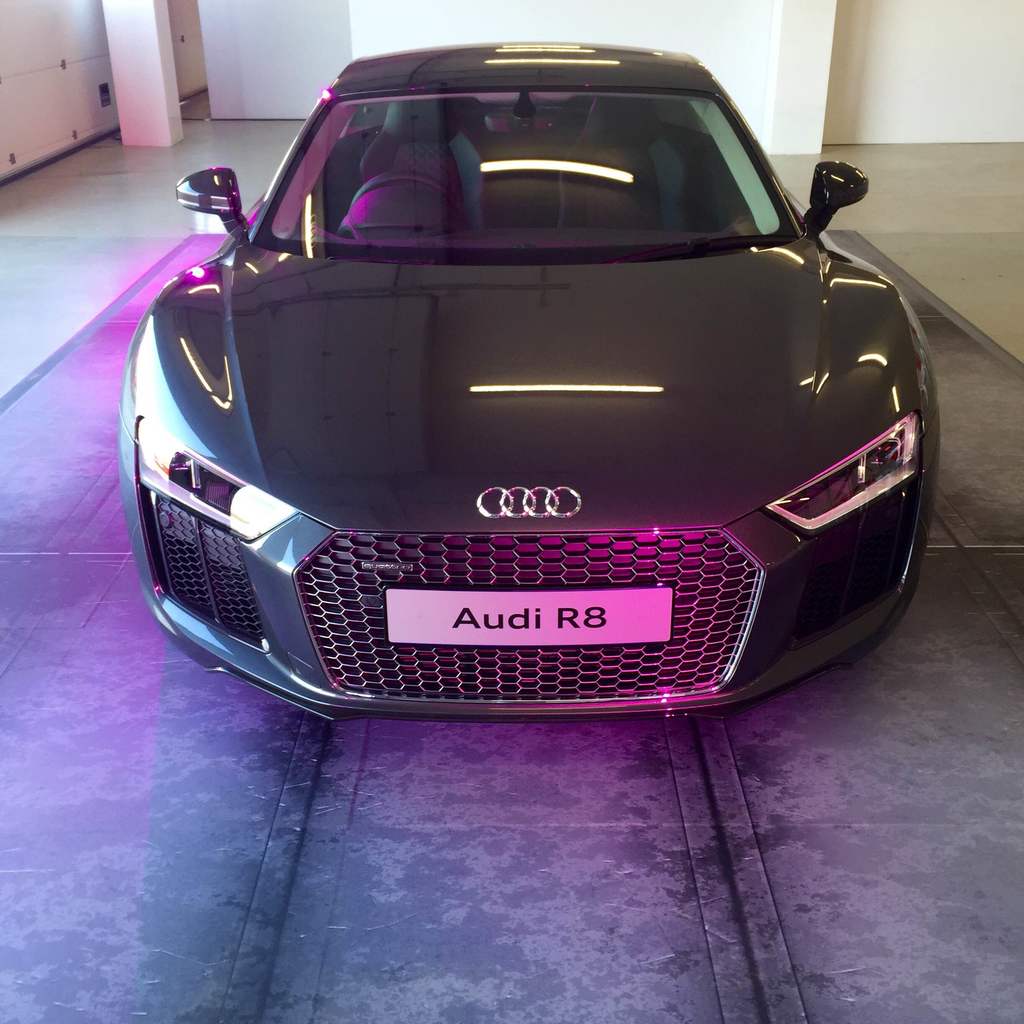 Being super means you're extra special and larger than life. Think of characters like Richard Branson or Michael Jackson. They are fine examples of imaginative human beings whose eccentric ways made them innovators within their spheres. Like these visionaries, men have created things that are super special and not easily forgotten.

The concept of dreams and being super is what leads me to introduce Audi's all-new R8. 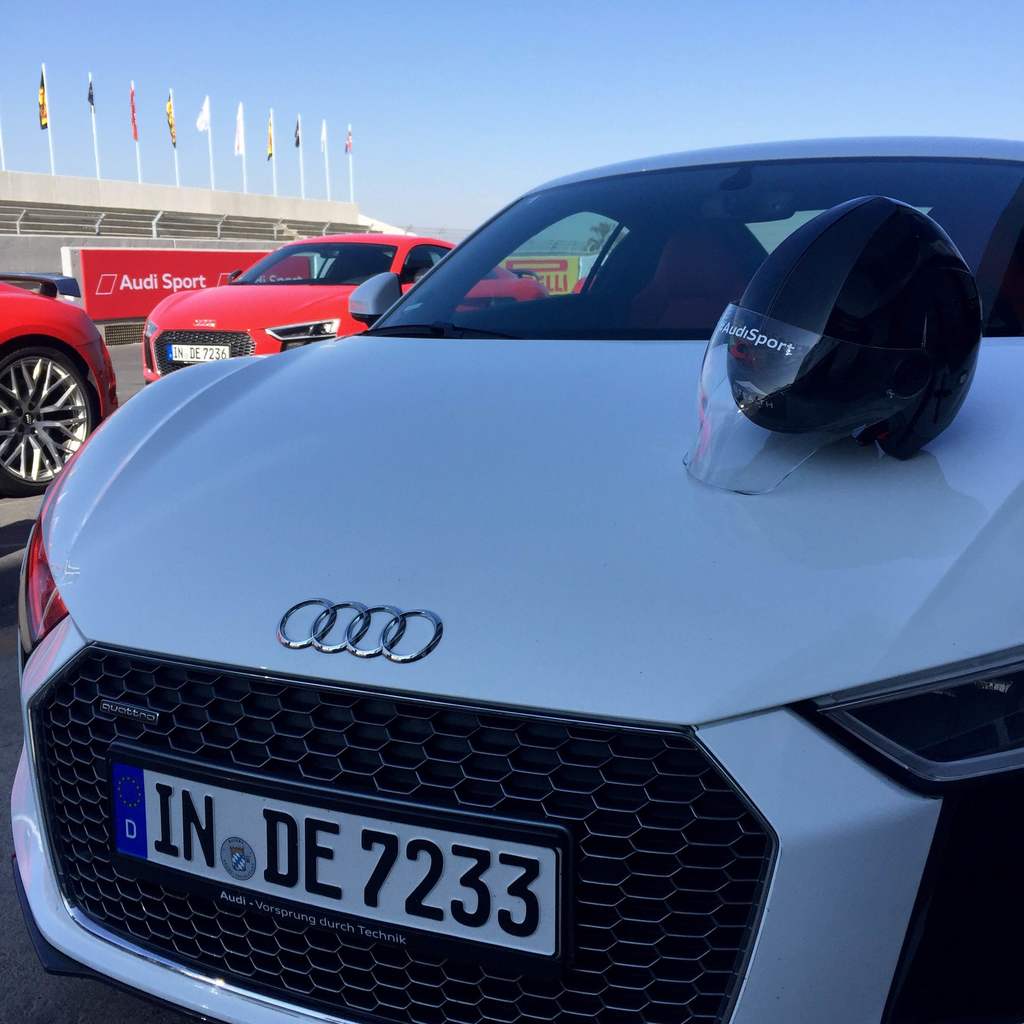 Audi's R8, which has been introduced in its 2nd guise, is just that - a supercar of imaginative proportions. Its creators must have closed their eyes and dreamed a glorious fantasy when envisioning it into reality. Although new, the second incarnation of the R8 is an evolution of the original, which was launched almost a decade ago. Arguably 10 years ahead of its time, the original R8 was destined for ‘Classic Car’ status. Cleverly, the 2016 R8 maintains and enhances its original aesthetically good looks while perfecting the technical bits. 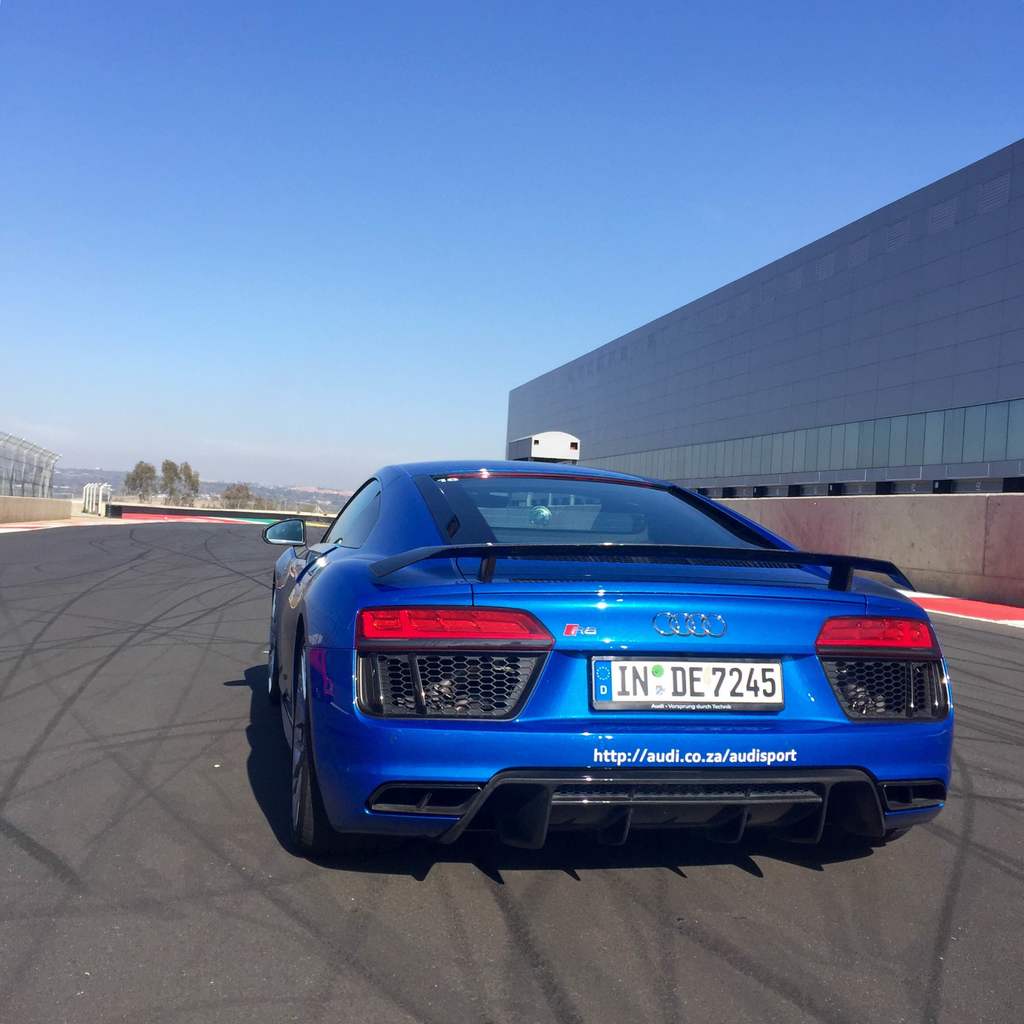 Marketed as part of Audi's sub-brand, Audi Sport, the R and RS models promise the inspiration of performance. For 35 years, Audi Sport has been synonymous with the motorsport. Together with what began in 1994 with the first RS road-going car, the  Audi RS 2 Avant, which was a collaboration between Audi and Porsche at the time, has now lead to Audi's halo car and flagship model: their R8 V10 and Plus models. 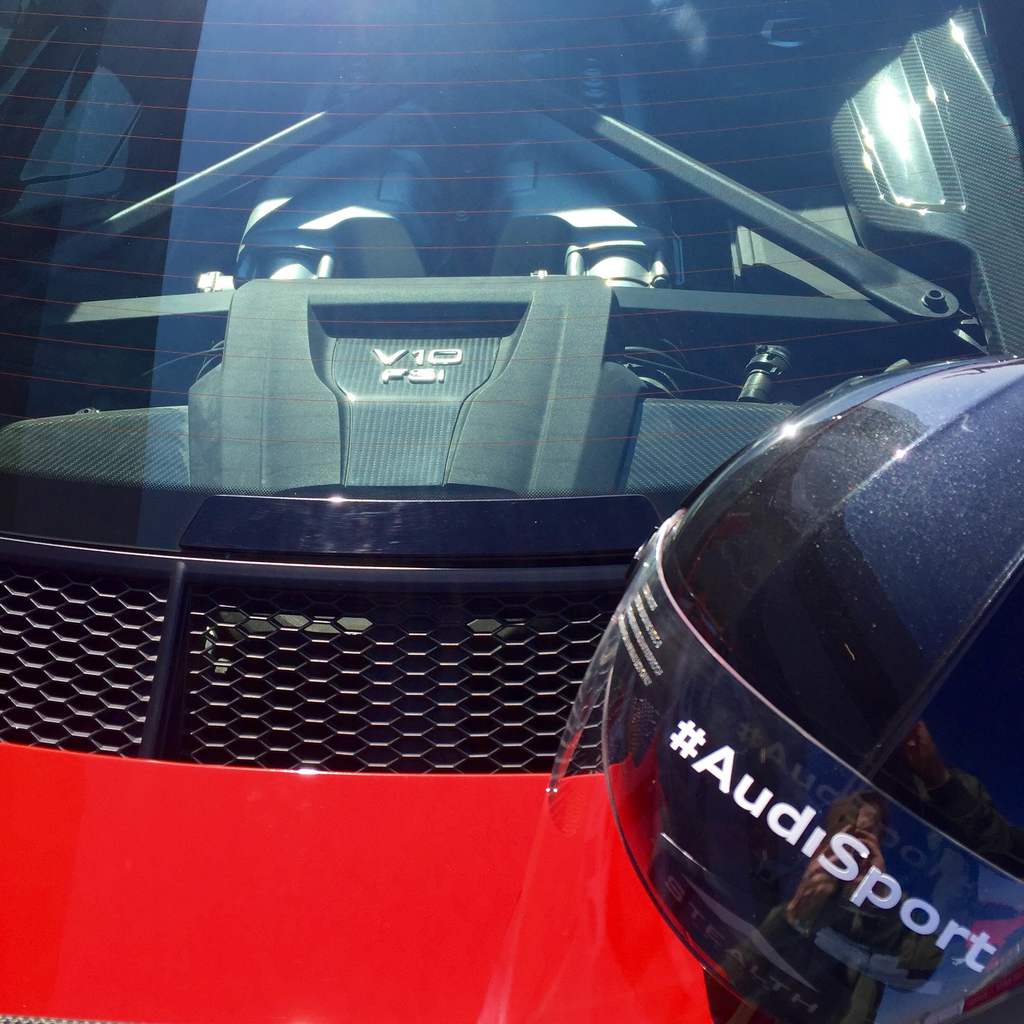 Available only as a naturally aspirated 5.2l-liter V10, it still shares its transaxle, and four-wheel-drive system with the junior Lamborghini. Although I believe, in comparison, the Lamborghini Huracán is brutish and razor sharp while the R8 is graceful and sophisticated.

Locally, the R8 launch took place on the newly launched Kyalami Racing Circuit. Perhaps the most ideally suited environment in which to test and exploit the car's engineering prowess. The event was chaperoned by Audi's team from Germany, which included racing car veterans. We began with a short and to the point the presentation, and then taken to the track and put behind the wheel of a red, left-hand drive version of the Plus version of the R8. Instructions followed - keep up with the pace car, which was driven by one of the German veterans. Lap after lap, our adrenalin and excitement levels built up, as did our confidence levels. Speeds in excess of 200km/h were reached, in an effortless manner, I might add. Not surprisingly with 449kW/560N.m of power and torque on tap. These figures translate - zero to 100km/h in 3.2 seconds for the Plus model and 3.5 seconds for the standard issue R8 which has a detuned version of the same engine. As quickly as our heads thrust backward from the absurd power surge, heads banging the fine leather head restraints, so too did the R8 decelerate effortlessly. Hard braking is a calm affair with massive ceramic brake pads bringing Captain Speedy back to reality in an instant. Finally, to close the day of fun at the Kyalami Racing Circuit, Audi's racing Ambassadors, the van der Linda brothers, Kelvin and Sheldon, took the media for a spin. Balaclavas and helmets on, and we were off. I clutched the door rest handle as Kelvin, the older of the two brothers, who is barely 20, took me for two laps around the track. 250km/h, that's the speed he hit while taking me for a spin. His skill and the R8's engineering prowess are a match made in highway heaven. Shaking and nauseated I got out, smiled and gave him a high-five. As I walked away, relieved to be free, I smiled - thinking about how man and machine move so freely in chaotic harmony. 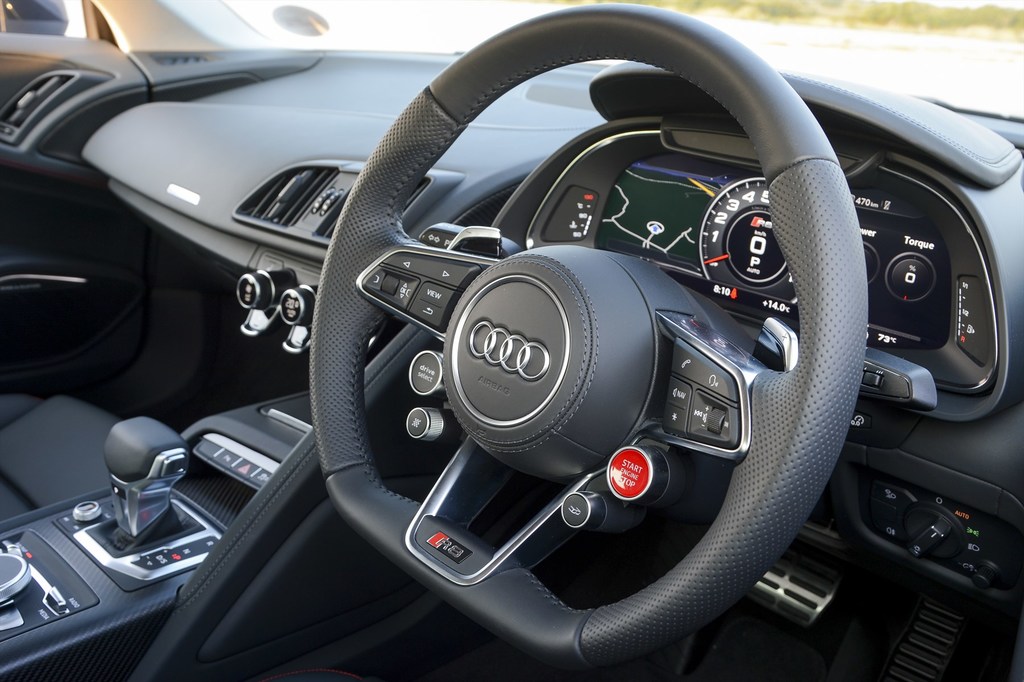 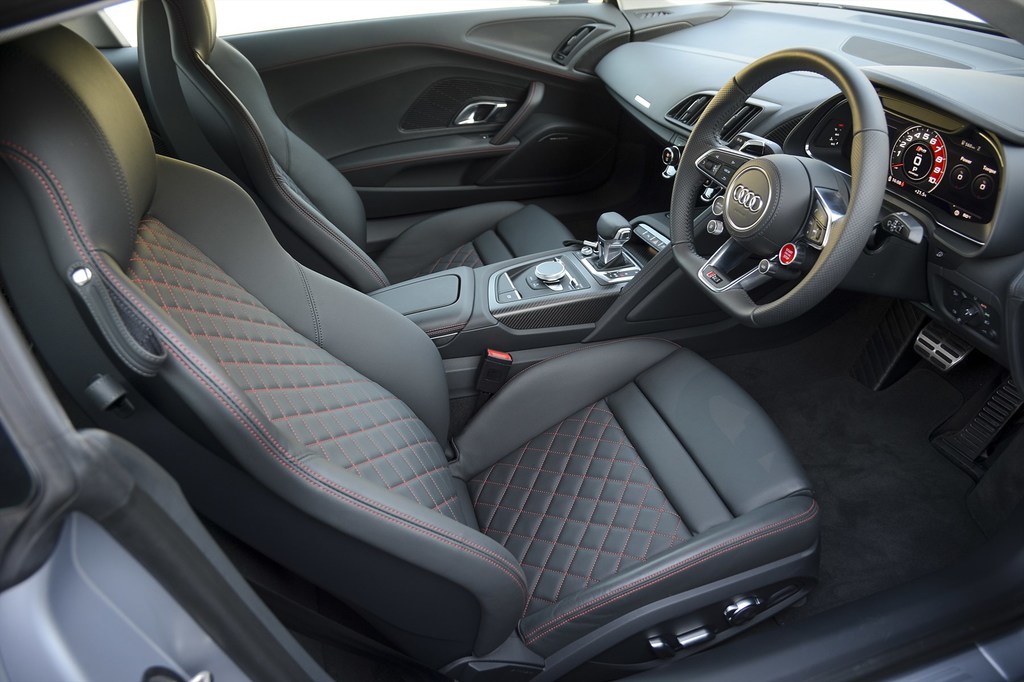 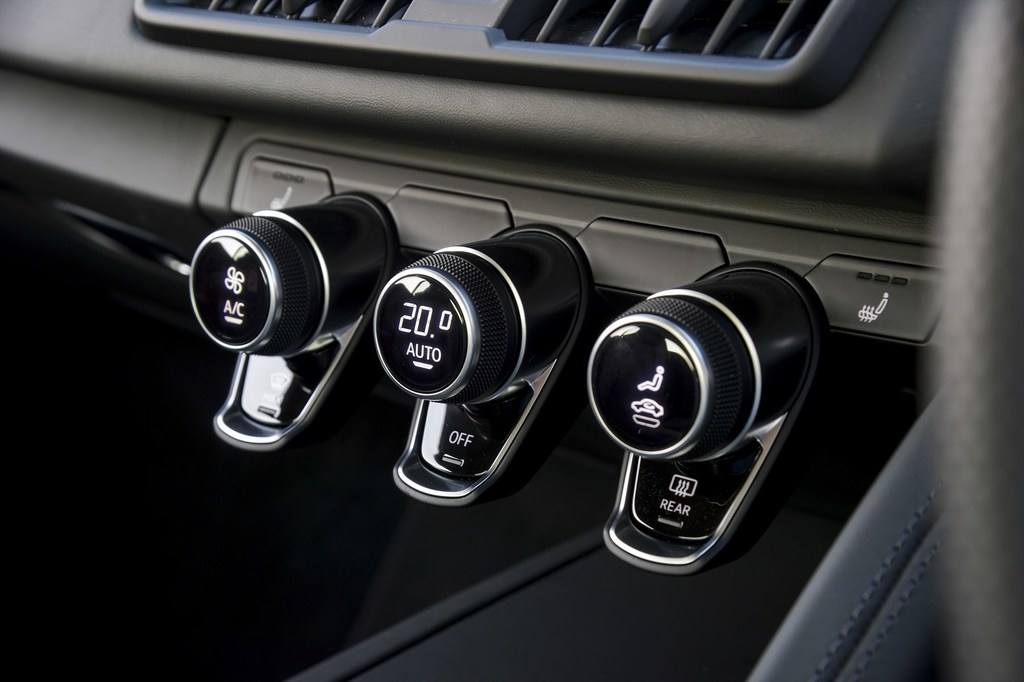 If you are lucky enough to be able to purchase the new R8, R8 Plus or an RS model, you'll find these #LegueOfPerformance beauties in one of Audi's 13 new Audi Sport in-store showrooms. A home within a home for Audi's pride and joy models.

...Built for the road. Audi invites you to, "join the league of performance".