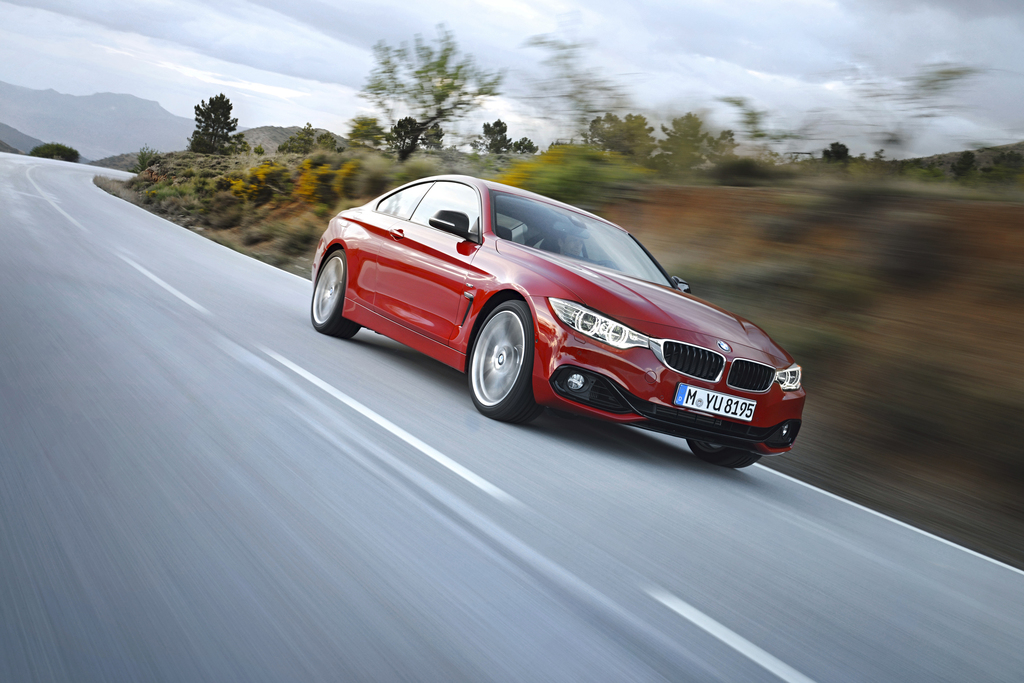 BMW have recently introduced new and additional product to their already impressive buffet of merchandise, namely the 4 and 2-Series. These delicious Bavarian additions of Apple Strudel and Black Forrest Cake have broadened BMW’s appeal and hopefully their customer base. Now on offer are the 1, 2, 3, 4, 5, 6 and 7-Series in the line-up, with various varieties within said German tasty treats. It would seem that the odd numbers (1, 3, 5 and 7-Series) are ‘the pretzel and butter’ for BMW, their DNA dictates modern lines that appeal to loyal BMW customers, while the even numbers allow BMW to seek new customers.  The even numbered (2, 4, and 6-Series) are the genetically gifted within the family. They are prettier and made with flair. Being even means that the 2, 4, and 6-Series are designed as coupes, though four-door Gran Coupe’ versions are and will be available in the future.

These niche beauties are important for the BMW brand, they create desire and urge the visual look for BMW forward. 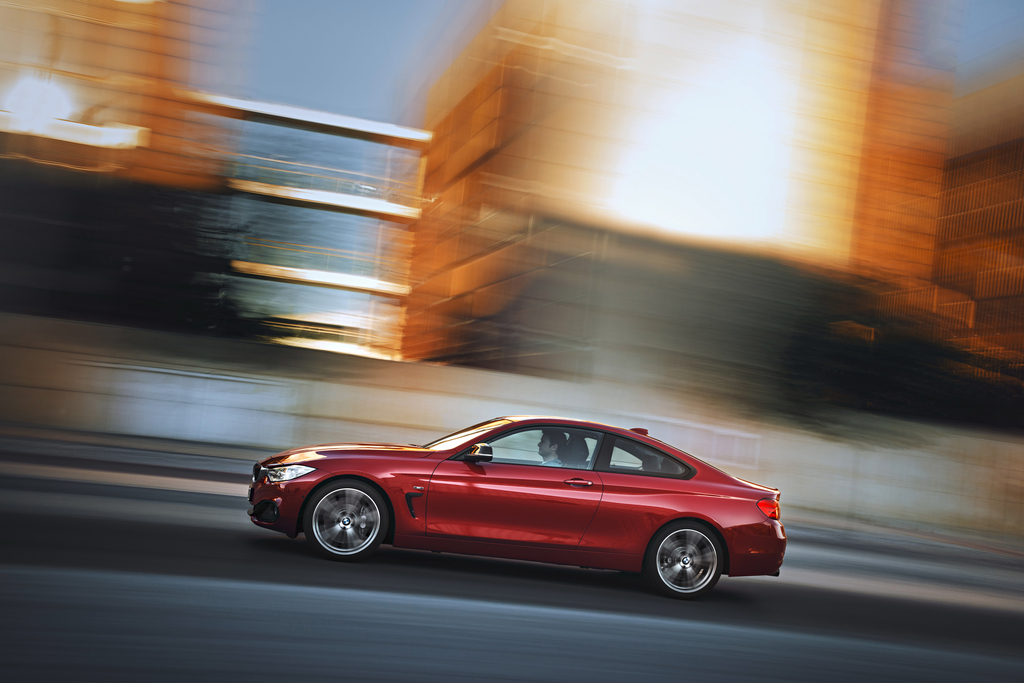 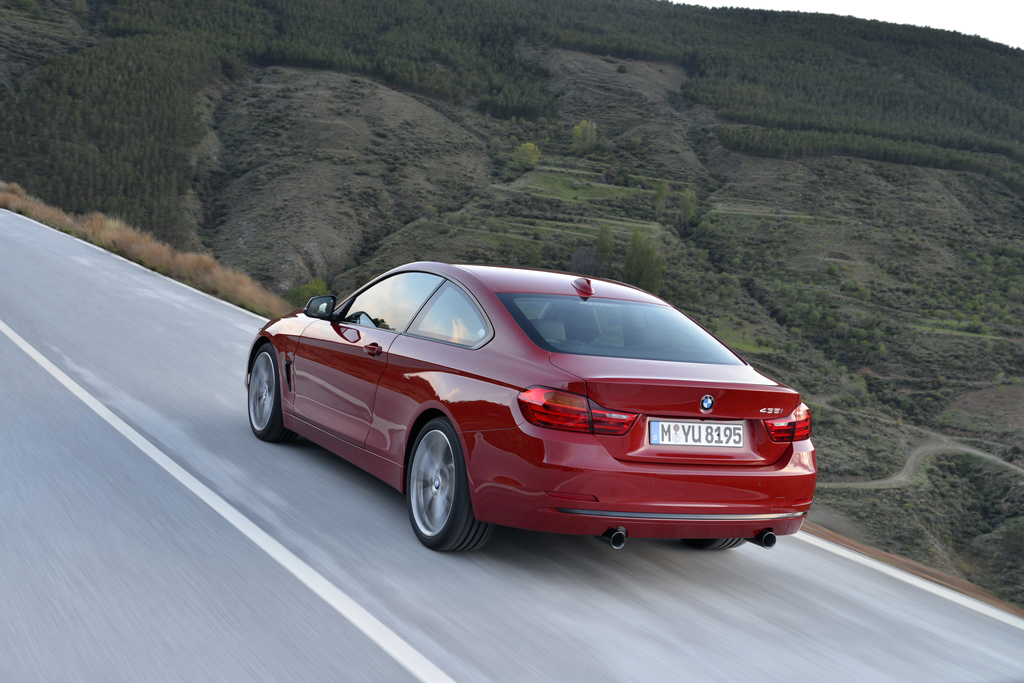 The 4-Series is very attractive. It sits lower to the ground and is wider than ever before, its large smiley ‘face’ is beguilingly while menacing at the same time. It is artful how BMW designers have made an executive coupe’ that has an underlying feel of a muscle car. It’s like an athlete in a perfectly fitted Hugo Boss suit. 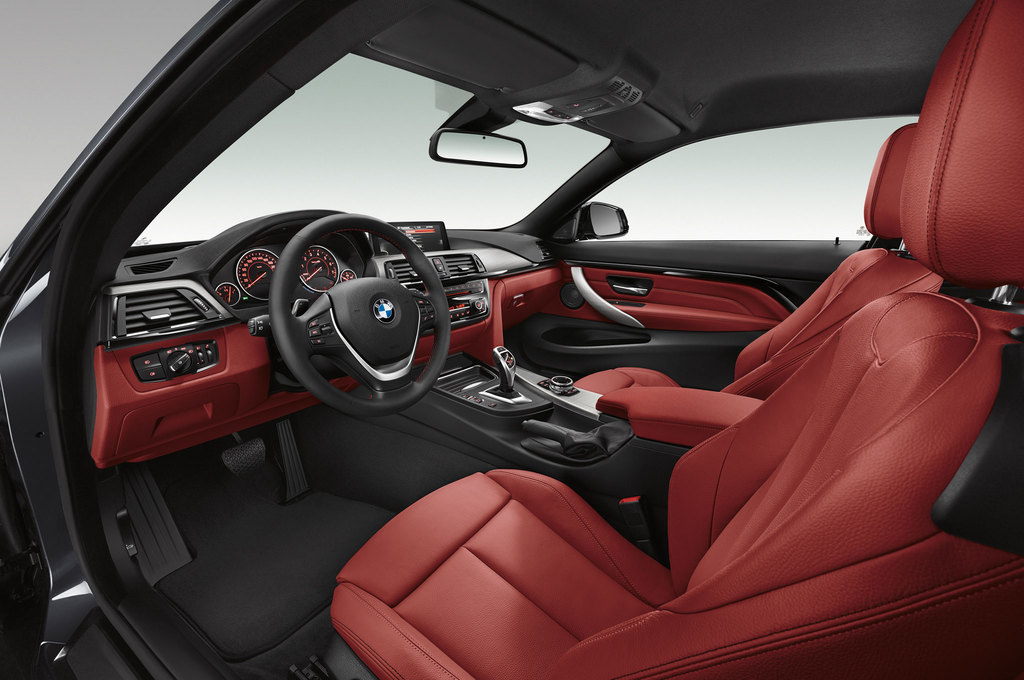 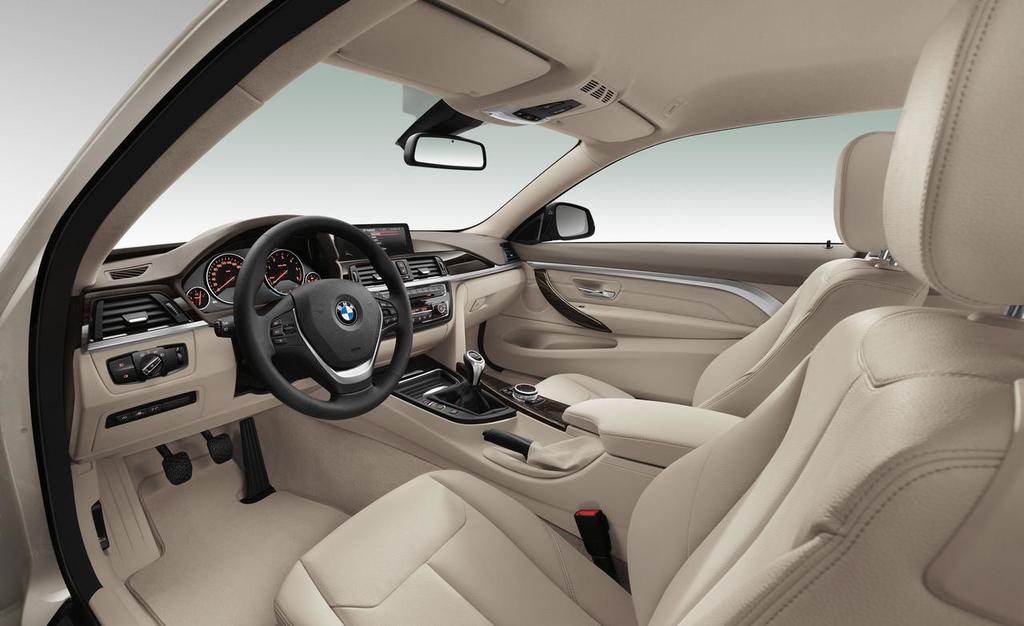 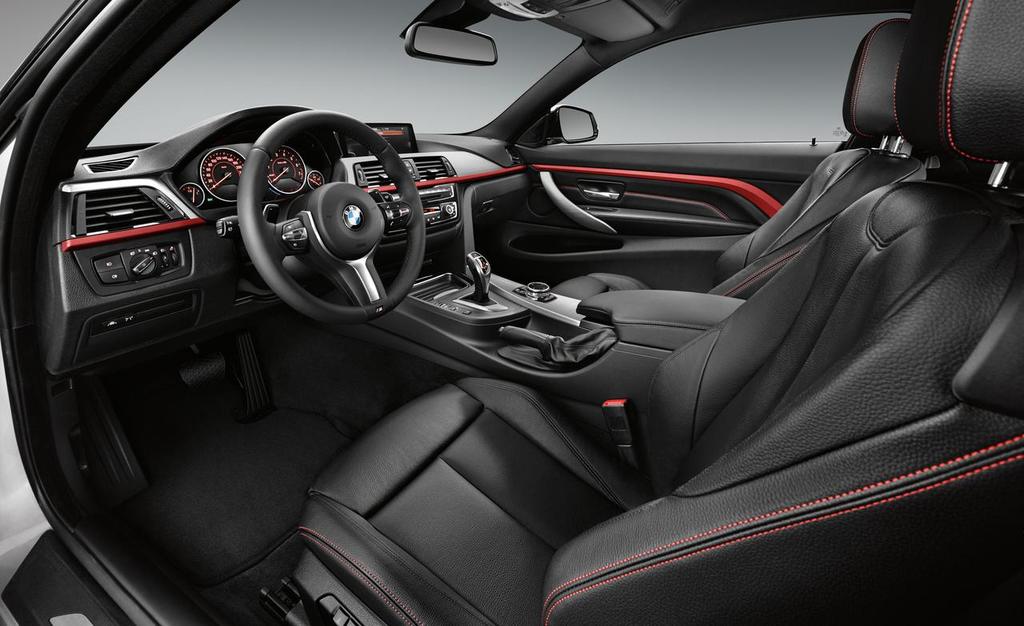 The interior carries a familiar look that can be seen in the 3-Series but feels just that much more special. It features an automated seatbelt ‘butler’, which automatically extents a hand making it easy to reach the belt. BMW has a host of colour, material and lighting options available to customise the 4-Series to your dream specifications, though be warned these can On the road the 4-Series is well composed and incredibly well-balanced. It is hard to engineer a car that is comfortable, fast and agile, while offering sports car handling and feedback. Well BMW have, and I think it’s remarkable. The 4-Series comes with adaptive dampening, which essentially translates like a split personality: Eco, Comfort, Sport or Sport Plus – you choose the mode and the BMW changes character faster than Meryl Streep from one Oscar winning performances to another.

BMW has for decades become synonymous with their 6-cylinder engines. They were what made BMW the ‘sporty’ brand amongst its German rivals, but times move on. So the 428i now features a 2.0 four-cylinder twin turbo engine. This engine is either mated to a standard 6-speed manual or a slick shifting 8-speed auto gearbox. The auto is so fantastic, sliding up and down its eight gears as masterfully as Liberace fingers on piano keys. So order an auto, please.

All BMW 4-Series come standard with a 5yr/100 000km maintenance plan and a 5 star crash test rating in the EuroNCAP test.

The 4-Series BMW is outstanding. It’s hard to fault other than the pricey purchase price, which is no doubt affected by our toilet paper currency.

The Audi A5 is also very attractive in a subtle and mature way. Dynamically it falls behind the 4-Series though, it’s masterfully built and in S5 guise a thrill to drive.

The C-Class Mercedes-Benz has done a great job of appealing to the young and the materially restless crew. It’s a cool car. The new C-Class sedan is being launched now, so I wouldn’t purchase the current C-Class coupe as it will be replaced in the next 6 to 12 months, so consider a used one rather.

The E-Class Mercedes-Benz, which has recently been face lifted says you have arrived. It’s bolder than its smaller C-Class sibling, as is its price tag. It’s a real grand cruiser with comfort as its priority.

The 4-Series is my pick of the bunch. As to which of the three variants available (420i, 428i or the 435i), I’m like George Clooney with commitment issues when it comes to picking a long-term option. If I’m practical, the 420i is all the car you would ever need. For speed freaks who love the sound of a beautiful 6-cylinder engine, the 435i is for you. The 428i does a good job of sitting in between these two and it’s fast, so I think a better option is the 435i.