A four a way for Audi’s facelifted A4 There was a time when the Audi A4 was a mainstay model within the Audi range, but as time passes, the A4 is becoming less of a sales leader for the brand. Customers increasingly turn to SUVs and crossovers as an alternative to sedans. The Audi A4 also faces competition from the impressively capable Q3 and Q5. While sedans are less popular, Audi also introduced the A3 Sedan and A5 Sportback, which broadened customer options.

I am happy to say that the A4 is fighting back with a fresh aesthetic and a vast array of new available technology.

The facelifted A4 has shed about 15kg from the body structure while featuring updated aesthetics that combine athletic and formal enhancements. The overall look is smart casual. A new interpretation of Audi’s Singleframe grille, restyled headlights and more aggressive air intakes give the new A4 a broader stance; an impression that is reinforced by the surprisingly subtle “quattro-style” fender flares. 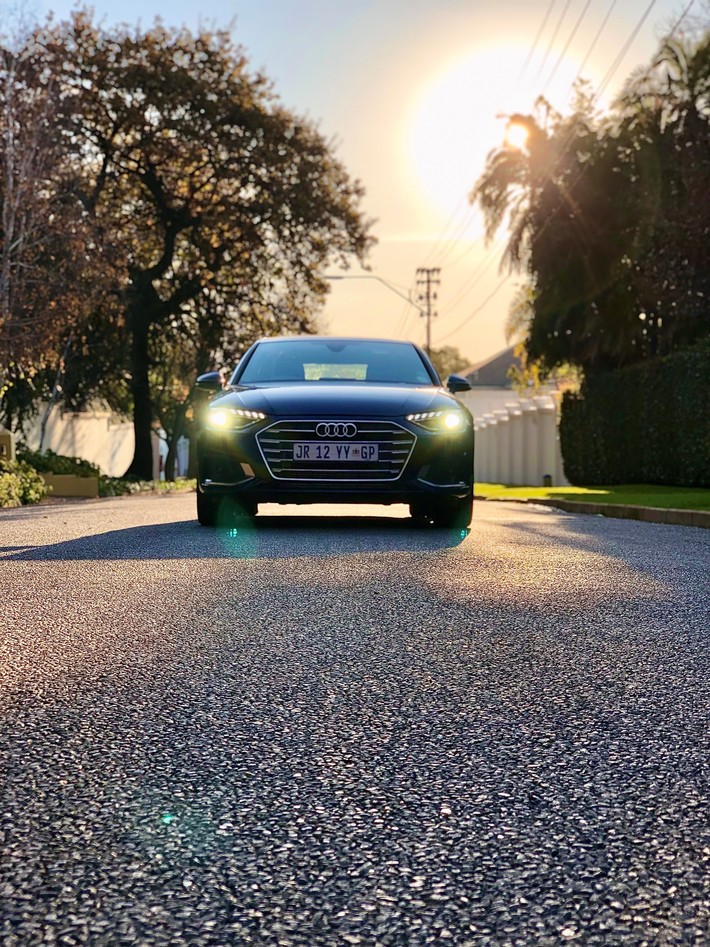 Of greater significance is the fact that all A4s now feature LED headlights (with different DRL designs): static as a default for "35" derivatives, with sequential turn signals for the "40" and S4 variants, with a further optional upgrade to active-matrix LEDs for the ultimate car light show.

At the rear, the redesigned LED light clusters are now connected by a chromed (or gloss black, depending on specification) trim strip, while the bumper is reshaped for a sleeker appearance. New body panel pressings include the doors, fenders and tailgate, and the front- and rear-end design themes vary according to the trim level.

The electronic hardware has also received a significant update.

These versions are front-wheel-driven and use a 7-speed dual-clutch automatic transmission. They also incorporate mild-hybrid technology, with a secondary battery harvesting the car’s kinetic energy to power the steering, air-con, and on-board electronics.

The third option is 2.0-litre diesel engine, badged the 35 TDI, offering 110 kW and 320 Nm that is also mated to the sublime 7-speed gearbox as its front-wheel drive siblings.

The fourth petrol engine is a 3.0-litre petrol V6, with a single turbo bolted into the engine’s “vee”. Its outputs are rated at 260 kW and 500 Nm, which is sent to the quattro (AWD) drivetrain through an 8-speed Tiptronic automatic for the S4 variant. This makes the S4 suitably rapid, with claims of 0 – 100 km/h sprints in around 4.7 seconds.

The cult RS4 Avant is the flagship within the range. This model features the same 2.9-litre V6 as fitted to Porsche Panamera. An (AWD) sports sedan with 331 kW and 600 Nm that allows the wagon to dash to 100 km in 4.1 seconds.

A4-badged derivatives can be had in three different trim levels, each with its own exterior design theme and standard specification. “Standard” and “Advanced” trim levels are offered with the 35 TFSI powertrain, while upgrading to a 40 TFSI adds “S line” to the trim option mix.

Advanced models are slightly swankier looking than Standard; and S line has an “S” in it, so it has sportiest look, largest wheels and stiffer suspension. Of greater significance is the new electronic architecture and connectivity features. As with most new premium cars, the new Audi A4 has an embedded SIM card, and can link to a smartphone via the data connection thus created. Then, by means of the “myAudi” app, it can relay data such as the car’s status (fuel level, lock status, theft alarm notification, etc.) to the paired phone. 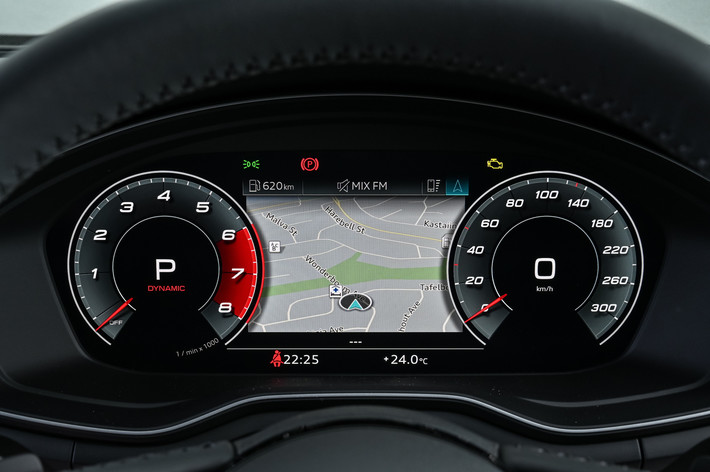 Audi’s class-leading digital instrument cluster (“virtual cockpit” in Audi-speak) also came in for an upgrade and is now standard equipment. In its latest iteration, it exchanges the old car’s NVIDIA graphics hardware for a Samsung-based display unit with even better clarity and slicker operation. The tablet-design infotainment screen benefits from the new “MIB 3” hardware architecture, which again is standard across the range, as is smartphone mirroring. 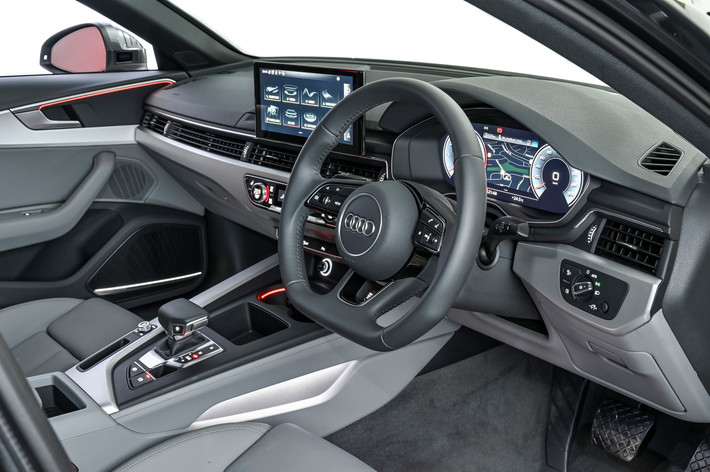 You would want to upgrade to MMI Plus system (part of the technology pack), however, it gives a bigger screen, adds navigation, and expands on the connectivity features. For instance, you could find your next location on the myAudi app, and then transfer this info to the car’s navigation system. The result? The car knows where you need to go before you even push the engine start button.

Because Audi has now wholeheartedly embraced the touchscreen, the old rotary MMI control on the centre console has disappeared completely. Fortunately, the audio volume and climate control are both still adjusted via actual knobs, so there is no need to poke blindly at virtual buttons on a distant screen for simple operations like adjusting the cabin temperature or turning up the sound...

Various options are available as package deals. As an example, the technology pack adds the MMI Plus Nav system, along with adaptive cruise control and lane-keeping assistance with traffic jam assist. Automated parking is also available, as is a surround-view camera system, blind-spot monitoring and a wireless charging pad. We’ll delve deeper into the new A4’s gadgets as more information becomes available, but the fact that some commonplace features are optional goes some way towards explaining the new range’s relative bargain pricing at the entry level.