The official Jury of this 64th Festival de Cannes, presided over by Robert De Niro, revealed this evening the prize winners during the Closing Ceremony.

The director of the first Afrikaans film to be picked for the prestigious Cannes Film Festival in France says he was "honoured" that the film was awarded the Queer Palm by the "powerhouse of European film critics".

Director Oliver Hermanus's Skoonheid (beauty), featured in the festival's Un Certain Regard (a particular outlook) category, won the Queer Palm - a parallel award for the best film dealing with gay issues - on Saturday.

The film is about Francois, a fortysomething family man from the Free State, who struggles to suppress his latent sexual desires.

Despite his battle, he develops an unhealthy and destructive obsession with his friend's 22-year-old son.

Deon Lotz, the South African actor who portrayed the roll of Francois, said he was "ecstatic" that the film had won the award.

"It gives us wonderful recognition as a film and for South Africa's growing film industry," he said.

Lotz, who also plays the role of FW de Klerk in the film, Winnie, said of the role: "I wouldn't say Francois was a closet gay. He just didn't know how to deal with these feelings he had suppressed all his life - because of Afrikaner men having to be a certain way."

He said the movie appealed to all international audiences because "there are many Francoises out there in the world".

"The critics that were there obviously saw something that they liked," he said.

Elisabeth Quin, a French critic and president of the jury that awarded the Queer Palm said: "We were struck and marked by this film about self-hate, homophobia and racism.

"I hope South Africa is ready to meet Skoonheid when we return," he said. 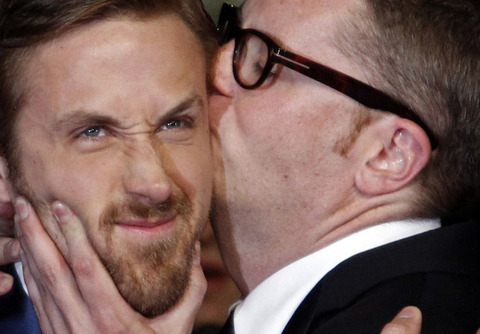 The Prize for Best Director was awarded to Nicolas Winding Refn for his film Drive.

After having received the award from the hands of French actress and director Nicole Garcia, Nicolas Winding Refn said: "It is an immense honour to receive this award because film is a director's means of expression. Thanks to Thierry Frémaux, thanks to the Jury for its good taste, thanks to my mother who always told me I was a genius, (...) thanks to Ryan Gosling who enabled me to make this film and finally, thanks to my wife." For his charismatic turn as a 1920s silent-film actor facing career oblivion as talkies take over Hollywood in the melodrama The Artist, which was also shot in black and white, silent-film style.

The actor knelt before the Jury before being handed the prize by French actress Catherine Deneuve.

The winner declared, "I share this award with Bérénice Béjo, my partner in the film. Thank you for kindness, your generosity and your pizzazz". Jean Dujardin also thanked cinematographer Guillaume Schiffman and director Michel Hazavanicius, with whom he has made three films: "This guy has so much talent it's crazy". 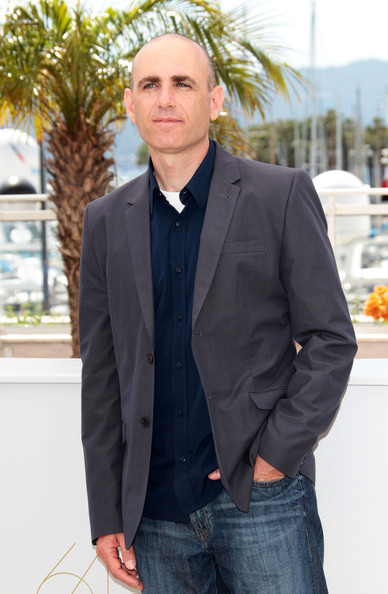 It is the story of a great rivalry between a father and son. Both eccentric professors, they have dedicated their lives to their work. The father seems a stubborn purist who fears the establishment. His son, Uriel, appears to strive on accolades, endlessly seeking recognition.This Israeli film is the story of insane competition, the admiration and envy for a role model, bringing father and son to a final, bitter confrontation. The Jury Prix was awarded to Polisse, by Maïwenn

After receiving her award from the hands of actress Chiara Mastroianni, the director said: "My daughter told me I would not be able to go up to accept an award without crying. I would like to thank Thierrey Frémaux for having selected Polisse, but also the people from the Café de la Gare, who supported me seven years ago. I would finally like to thank the whole cast and crew of  Polisse, without whose support nothing would have been possible, and the Brigade for the Protection of Minors, who allowed me to observe the suffering of humanity". 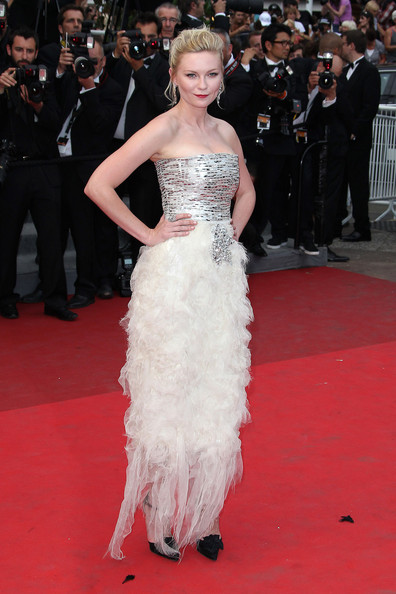 Festival organizers declared Von Trier “persona non grata” after his remarks at the press conference for Melancholia, and he later apologized, but it roused division over whether the Antichrist director, who previously won the Palme d’Or for 2000′s Bjork musical Dancer in the Dark, should be so harshly punished for what was obviously not a serious comment. Melancholia didn’t win any major awards that Von Trier, as writer and director, might have been required to pick up. (His banishment meant he was unwelcome at the ceremony, though he remained eligible to win.)

But in what could be a consolation prize to an also-deserving contributor to the film, Dunst picked up the best actress prize — defeating Tilda Swinton, who was considered a front-runner for her performance as the distraught mother of a high-school killer in We Need To Talk About Kevin.

Again, by recognizing the quality of the movie, the Cannes jury helped push aside the outside distractions that had dominated headlines.

After receiving the Prize from Edgar Ramirez, the Dunst declared: "What a week! My thanks to the Jury, this is a real honour. I'm grateful to the Festival for keeping the film in Competition. And I'm grateful to Lars Von Trier for letting me play the role with such freedom." Led by president Robert De Niro, the jury awarded the Palme d’Or to writer-director Terrence Malick’s enigmatic The Tree of Life, a meditation of life, death, and the origins of the universe seen through the lens of a 1950s Texas family. It stars Brad Pitt, Jessica Chastain, Hunter McCracken, and Sean Penn. Some critics praised while others mocked its mix of suburban Americana with images of the cosmos and evolution.

By granting it the Palme d’Or, the jury tips the balance in favor of the ambitious drama, which debuts in the U.S. May 27. No longer the movie that was booed by some, it is now the best-picture winner of Cannes 2011.

After receiving his prize from actress Jane Fonda, the producer of the film, Bill Pohlad, said :

"I have always wanted to speak French, and tonight more than ever. Tonight I have to take the place of a giant. Terrence Malick is very shy and discreet. But I spoke to him today and I know he is very happy to receive this honour. The Tree Of Life was a long journey, but it was all worth it. I would like to thank especially the Festival de Cannes." This year's Grand Prix went to two directors: Nuri Bilge Ceylan for Once Upon a Time in Anatolia and Jean - Pierre & Luc Dardenne for Le Gamin au vélo (The Kid With a Bike).

Having received her award from Emir Kusturica, Nuri Bilge Ceylan said: "Thank you for bringing my film, which was difficult to make, to Cannes. It was screened on the last day of the Festival and I didn't think anyone would go and see it".

Jean-Luc and Pierre Dardenne then said: "Thank you for liking the kid on a bike in the film: Thomas Doré. Thanks also to you, Cécile, for playing Samantha."

Comment by Beth Seagal on May 23, 2011 at 20:01
Brad is truly a great actor, he often gets a bad rap for being so good looking. Think of all the movies he has been in, 12 monkeys,fight club and legends of the fall, to name but a few.

Comment by Shoelosophy on May 24, 2011 at 8:58
See the lady in blue above, she steals the show for me. I dedicated a whole blog just on her shoes:)