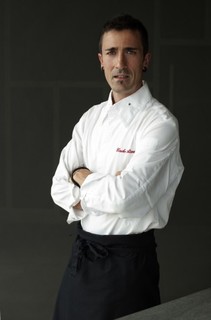 By now, you know that I’m an absolute food Fundi (among other things) and love watching cooking shows for inspiration and a bit of comic relief too as some of the Chefs featured on our big screens are really something to watch.  In my search of determining who the best Chef in the world is, I came across this blog, of the 15 most influential Chefs of the next decade.  (Time to spruce up my hidden talent, I only have like 30 Chefs to beat now).

Elite Traveler recently named the most influential chefs cooking today, but what of the future? Such predictions are inevitably somewhat speculative, but there are a number of chefs working now, many of them under 35 years old, who seemed destined to have a major impact on the restaurant industry. In collaboration with our food critic Andy Hayler we have narrowed the list to fifteen talented individuals. In no particular order, they are:

Atxa has had a remarkable rise in the culinary ranks, taking his Bilbao hillside restaurant Azurmendi from one Michelin star in 2008 to the ultimate accolade of three stars in 2013. This is an exceptionally fast trajectory, but one justified by his superb cooking, based largely around the vegetables grown on the premises. 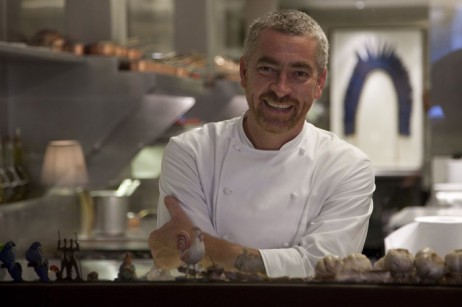 The food press tends to be dominated by news about European and North American restaurants, but Brazilian chef Alex Atala has been making waves with his restaurant D.O.M. in the unlikely setting of gridlocked Sao Paolo. He visits the Amazon region regularly, sourcing exotic ingredients from there for his cooking. Taiwanese Andre Chiang trained in several 3 star Michelin restaurants in France before moving to Singapore and in 2010 striking out on his own. His latest venture Restaurant Andre draws on his classical training, and at the age of 37 Andre has plenty of potential to draw an even wider audience than he has now. Image Credit: Restaurant ANDRE Although Esben is Danish, it is mainly in Norway that he trained as a chef. The 30 year old’s first restaurant Maaemo opened in December 2010, and rapidly gained one and then a second Michelin star. His cooking reflects the Norwegian countryside, with much use of pickles and vinegars in winter, and local vegetables in the summer, with 85% of ingredients used being sourced from the nearby area. 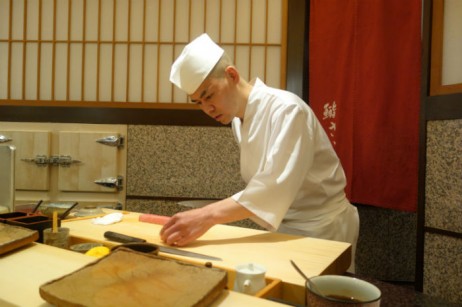 In a country where age and experience is venerated, Takashi Saito has risen to the top of the ranks of sushi chef at the unusually young age of 41. His tiny restaurant Sushi Saito has just seven seats, and is located in the unlikely setting of a Tokyo car park. Not only does it have three Michelin stars, but in the local kanji-only restaurant guide Tabelog, Saito has been rated number one sushi restaurant in Tokyo for some time. In the seaport of Honfleur is one of France’s most interesting restaurants, Sa Qua Na. Chef/owner Alexandre Bourdas ran the kitchen of three star Michelin restaurant Bras in Toya in northern Japan before opening his own seafood restaurant back in France. Quickly earning two Michelin stars, the mainly seafood cookery here is precise and based on impeccable local ingredients. At the age of 37, Alexandre Couillon has built up a formidable reputation for his cooking at Normandy restaurant La Marine, located on a little island opposite a fishing port. His precise cooking of seafood and attractive food presentation has drawn many to this rather remote location, and has already brought him two Michelin stars. 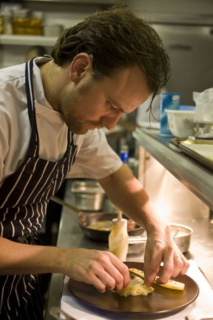 Australian-born Brett Graham has carved out an enviable reputation at The Ledbury, Despite its Ladbroke Grove location that no one could accuse of being smart, The Ledbury is perhaps the toughest reservation to get in London at present, with Brett having gained two Michelin stars and the respect of his peers. His modern cooking combines high-class technique with excellent produce, including superb game such as the deer that is used at the restaurant. 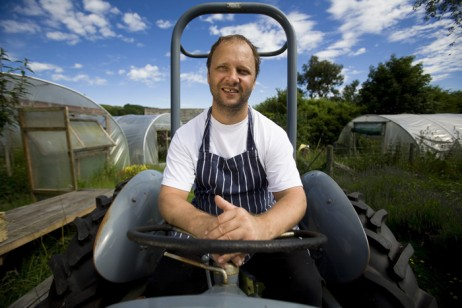 Simon Rogan has chosen to base his flagship restaurant l’Enclume a long way from the hustle of London, out in a quiet Cumbrian village. Here he ploughed his own culinary furrow, using rare local herbs and vegetables and ultra-modern culinary technique to produce a style that is quite distinctive. 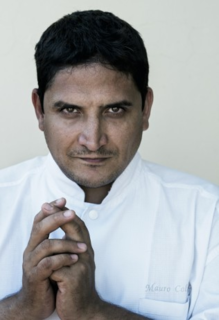 Just on the border with Italy on the French Riviera, the striking Mediterranean view of Mirazur is a fitting place for the talents of Mauro Colagreco. His Italian and Argentinian background means that he is not rooted in classical French cuisine, but is able to take advantage of the stunning produce of the local area. He has already gained two Michelin stars and a growing international reputation. Image Credit: Anders Jorgensen 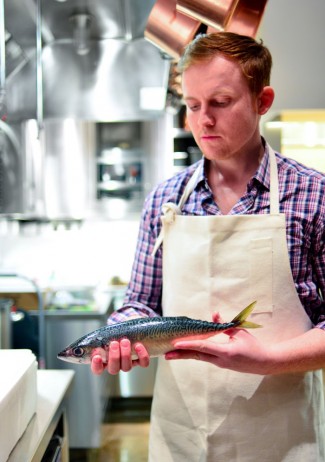 After training with Jean-Georges Vongerichten in New York and then in Boston, Josh Skenes moved to San Francisco and earned high praise for his cooking at Chez TJ. He now has his own restaurant Saison, where there is an emphasis on going back to the basics of cooking, with for example vegetables cooked on an open fire. He has travelled in Asia and hints of this can be seen in his cooking style; his restaurant has now graduated from pop-up to permanent and has earned two Michelin stars. 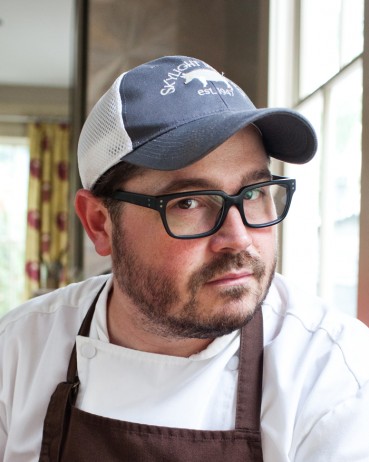 Virginia-born Sean Brock has the culinary traditions of the deep south in his blood, and shows these skills off at his Charleston restaurant Husk. With vegetables grown on the restaurant farm and an emphasis on fireplace cooking of local ingredients, Brock has gained a culinary reputation well beyond South Carolina. New Zealand-born Ben Shewry has been key in developing the reputation of high-end cuisine in Australia via his restaurant Attica, which opened in 2005. Shewry spent some time working abroad, including in Thailand, but has developed a style of modern cooking all his own back in Melbourne. His cooking shows innovation but also careful flavor balance. 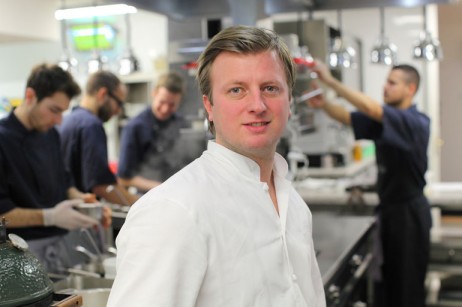 Few chefs are ever awarded three Michelin stars, and fewer still achieve this at the age of 35. Kevin Fehling’s elaborate modern cooking at La Belle Epoque involves complex dishes with attractive presentation. The restaurant looks out over the Baltic from its seaside casino home. Overlooking the beautiful Lake Orta is the beautiful Moorish-style Villa Crespi. Chef Antonino Cannavacciulo uses impeccable ingredients in his cooking, which stays mainly in classical territory but ventures into original flavour combinations too: a dish of red mullet with turnip tops, mash and smoked cheese sounds odd but the elements work beautifully together. He produces lovely food in one of the prettiest settings in the world. Image Credit: Oliviero Toscani