With our eyes focused on the Soccer World Cup in Brazil, I’ve been drawn to beauties on a different kind of field:  The Runway.  With their perfectly shaped bodies and striking looks, these 4 models are among my favourites:

It’s no secret that Brazil has produced some of the most gorgeous woman in the world, household names which we’re bombarded with in our favourite monthly magazine, such as, Gisele Bundchen whom almost single handedly ended fashion’s heroin-chic era in the late nineties.  Already the wealthiest model in history, Bundchen is predicted to hit the billionaire mark by Forbes Magazine. 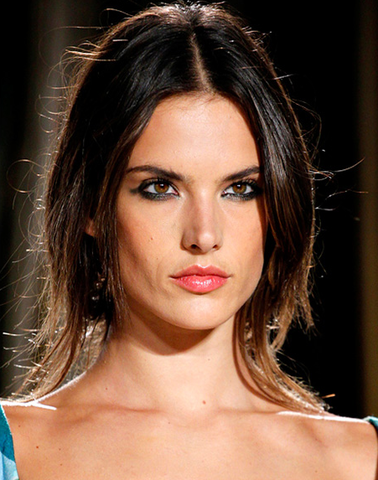 Alessandra Ambrosio, a sexy vixen, became famous by wearing almost nothing, 3 months after the birth of her first born, for a Victoria Secret Fashion Show.  The leggy model has branched out by launching her own clothing line: Ale, with Cherokee.

What pop is to Madonna and Britney Spears, so too is model-dom to Adriana Lima who became the first ever devout Catholic to appear on GQ’s (USA) cover with the headline “ The World’s Most Voluptuous Virgin” and became the best-selling issue ever. Aline Weber’s beauty is not typically “Brazilian” in my eyes, its one part otherworldly, one part elfin.  Her sharp features and icy platinum hair is striking.  She’s walked the runway for Tommy Hilfiger and Jenny Kayne among others.

These aren't the only model-talents Brazil has sprung… watch out for the upper-comers: Barbara Fialho and Cristina Herrmann.