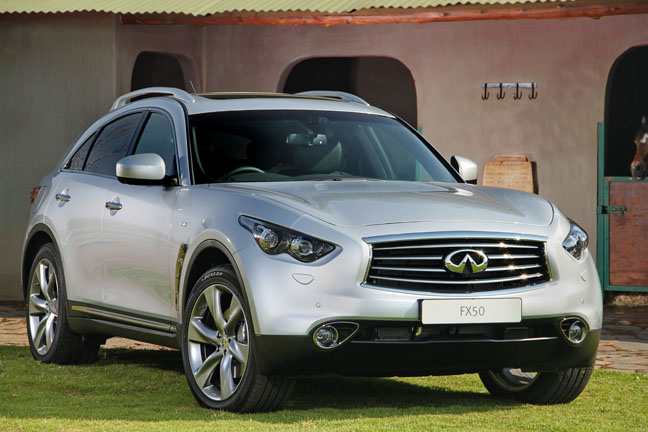 I remember the first time I saw the Infiniti FX in the flesh, I stopped and stared!

It’s was originally launched in 2008 globally, but locally only early last year with some minor tweaks. Sculpturally stunning, the FX looks like Bruce Wayne’s (Batman) day-to-day run around. It is super hero looking! The FX reminds me of a BMW Z4 and X6. Almost like an American morph of the two archetype icons.

The Infiniti brand for those who are unaware is Nissan’s premium brand, much like Lexus is for Toyota. The Infiniti brand is spear headed toward Lexus, Jaguar and the German trio: Mercedes-Benz, BMW and AUDI. Though the Infiniti brand is Japanese, the brand’s design language is rather American. The reason is because the brand is targeted at Americans. With that said it actually gives the brand a distinctive edge over its abovementioned Germanic competitors. 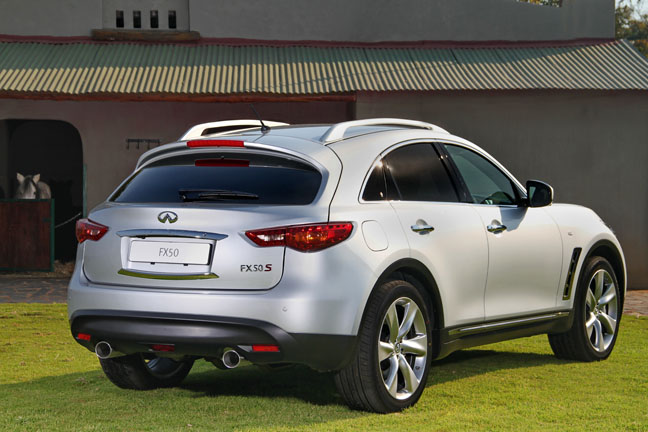 The FX is the largest of Infiniti’s SUVs with the EX model being the medium. Just by looking at it you can see that its shark-like design promises a sporting nature. And its proportions ensure comfortable accommodation for five adults. So is it all show and no go? The drive of the FX 3.0dS is solid, reassured and sporting in its dynamic. It is a heavy vehicle which means the 3-litre diesel engine has to work hard to hall the big boy around, though with that said it doesn’t feel slow. In terms of driving dynamics the FX is surefooted and has surprisingly low levels of body roll for a car this size. In order to optimise the car’s driver enjoyment, you engage both sport suspension and automatic gearshift selector and play with the paddle shifts manually. Bruce Wayne would drive the FX like that and is great fun for such a large vehicle. Where the FX really excels is in the technology and added value mod-con department. Though all cars in this segment have the same or at least very similar bells and whistles, the FX comes fully loaded. It truly is a full-house and one that Brue Wayne would appreciate: Electrically adjustable heated and ventilated leather seats, automatic bi-xenon headlights with adaptive cornering, a rear-view camera linked to front and rear parking sensors, an electric glass sunroof, an auto-dimming rear-view mirror, dual-zone adaptive climate control, a powered tailgate/boot hatch, cruise control with a speed limiter, an I-Key with smart access and memory for the driver’s seat, mirrors and steering wheel positions, a 2GB Music Box with a single CD front loader linked to a seven-speaker audio system with Bluetooth for hands-free mobile phone use, audio streaming and self-healing paint. 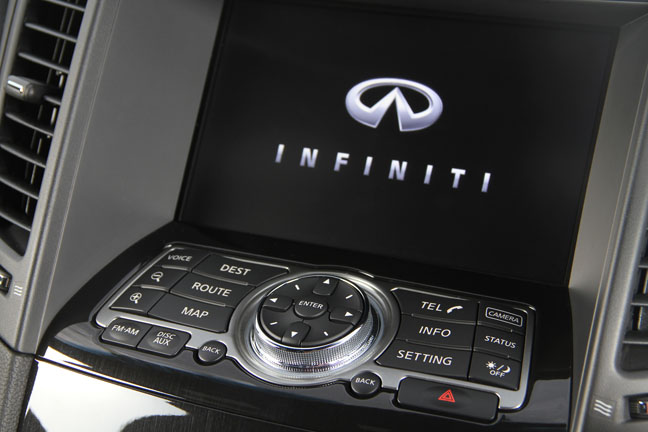 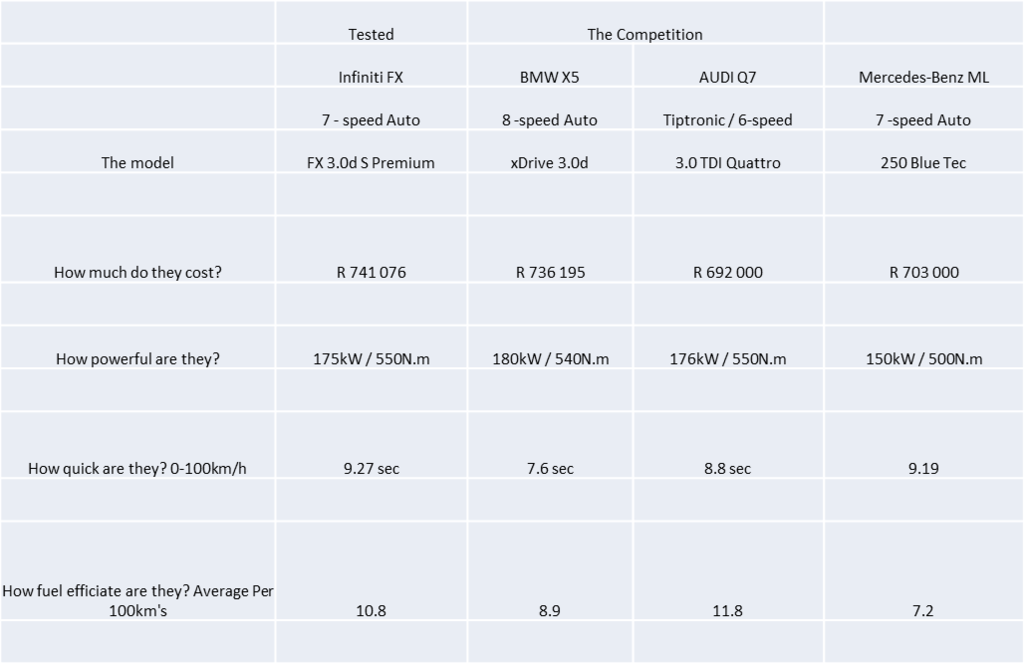 Infiniti vehicles are covered by a comprehensive warranty that covers the first three years or 100 000 km of ownership. In addition, a five-year or 100 000km maintenance plan is standard on all models.

All Infiniti vehicles are also covered by a comprehensive roadside assistance programme – 24 hours a day, seven days a week.

We all know the Germanic trio are good, well-built, safe, practical, and each comes with a reputation steeped in heritage. But our roads are laden with their brilliance. So why would Infiniti bother? It’s just so competitive out there. With good reason I hope and perhaps it’s because this SUV is for the adventurous at heart. The type of person who doesn’t just want a good car, but rather one that makes them feels like a Super Hero. People stare at the Infiniti FX because its designers have dared to design something unique. The FX isn’t perfect but it’s a real alternative for an alternative drive. Anyone fancy themselves as a bit of a BATMAN?