The Man behind the Desk -Stefan Brodbeck for “Game Changer™”

“Design based on people” is Brodbeck Design’s slogan. The owner of the company, Stefan Brodbeck, an industrial designer whose name has become synonymous with “creative concepts” has a grand passion for that which is his labour  He, along with his team of highly qualified professionals in their field, scour the turf to find out what lies behind the needs and wants of their consumers and then finds a way to deliver a product based on that which is required. “The aim is to align products and systems to human needs and expectations and to tie this in with well-designed, functional good looks” Brodbeck says. This passion for people, the future and the market is what has made his company a thriving success and thus distinguishing him from his counterparts. 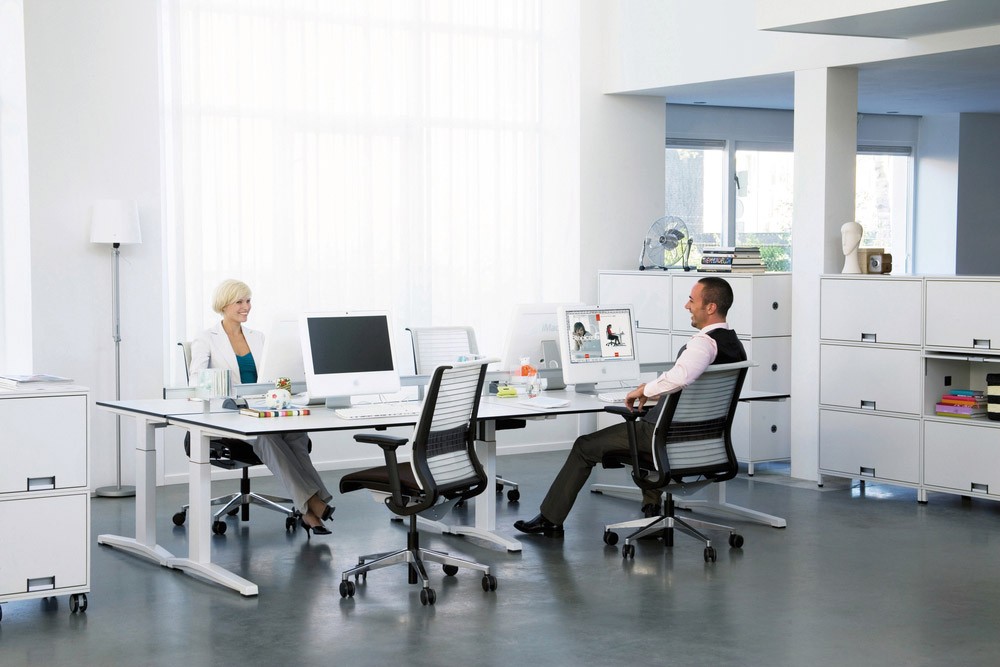 Brodbeck was born in Munich in 1962 and studied product design and architecture in Kassel, thereafter; he began his professional career in Vienna at a well-known architects firm and later went on to work in America, Palo Alto for a while. In 1994 he opened the doors to his own company which he had long dreamt about, Brodbeck Design. In the late 1990s Brodbeck began a long collaboration with the world leader in office furniture, “Steelcase” which has since seen him produce of his best work. The company has received numerous design awards for their work produced in industrial design , furniture design and exhibition design which remains their core focus. Brodbeck says: Good design is known to be one of the most important factors concerning commercial success. The products designed by us are, for a large part, distributed worldwide. We are proud to point out that nearly every product created by Brodbeck Design has received one or more design awards, like for e.g. the „red dot design award“ and the "iF design award“ or the American “Good Design Award“.

You may ask why is Brodbeck relevant to the South African market? Well, just recently he’s partnered with a local company to manufacture the revolutionary, VOC free Game ChangerTM product line. This company is Angel Shack, which is manufacturing his collaborated products locally with the factory staff being predominantly from the local community. Angel Shack is proud to be able to provide work for a South African for 3 days for every desk set that is procured from the factory.

Angel Shack have appointed Inspiration Office, a leading South African distributor of quality office furniture, as the first distributor of the Game Changer™ furniture ranges... Following the official product launch on 8 November, Inspiration Office is selling and has on display this innovative furniture solution range Game Changer™ (you may remember the piece we did on these work stations a few weeks ago.) To refresh your memory; Game Changer’s slogan is “Time to change the game”, The Big Idea: “Business is changing. Life is changing. But there’s one aspect of work that remains stuck in the past: office furniture. We think it’s time to change that. To bring it into the 21st century.” Game Changer’s aspiration: “To create innovative, high quality furniture that works the way we do today. Make it easy to plan and buy. Make it affordable for more companies and organizations.” Another lasting fragrant aroma which leaves the Game Changer™ product line to be greatly desired is that the end product is environmentally responsible, meeting all leading global environmental standards and is admittedly easy to assemble.

In closing, what the team (Stefan and Angel Shack) whom created Game Changer™ leaves us with is inspiring systems for creating, writing, meeting, dreaming and working. Their ambition is to be the number one choice for thinking people who want to work in a better world. With the future in sight, even greater success is at hand for these 3 well established companies whom have partnered together to bring Game Changer™ to South Africa. Why not join them in transforming your mundane workspace into a place where creativity meets productivity.

To view Game Changer™, go to Inspiration Office’s showrooms in either Johannesburg or Cape Town.

To read more on Stefan Brodbeck go to www.brodbeckdesign.de
For more on Angel Shack, go to www.angelshack.biz