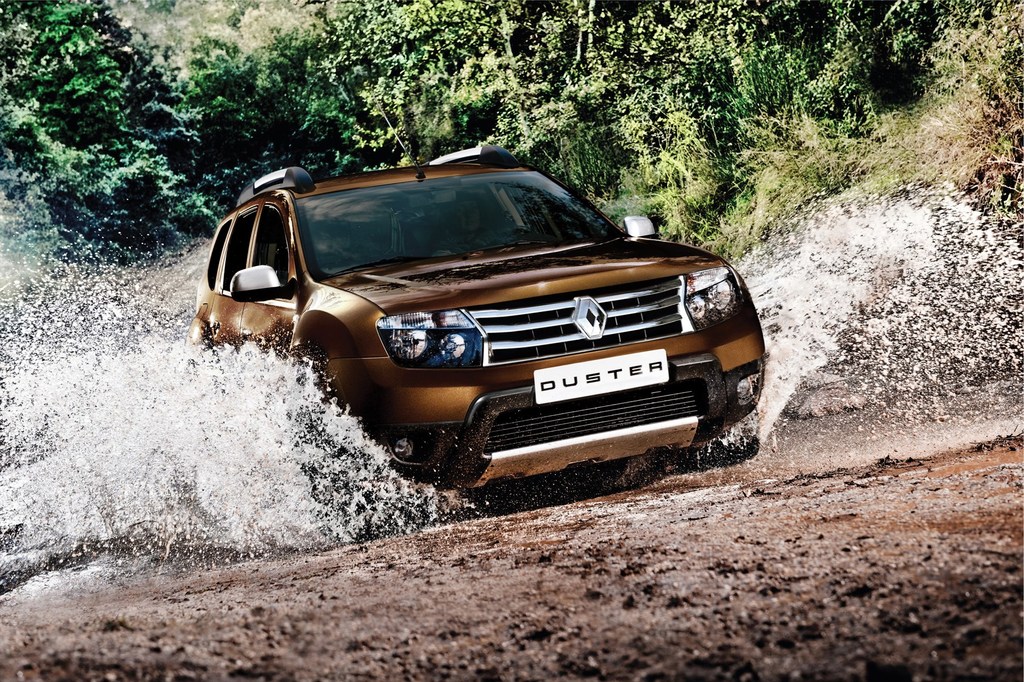 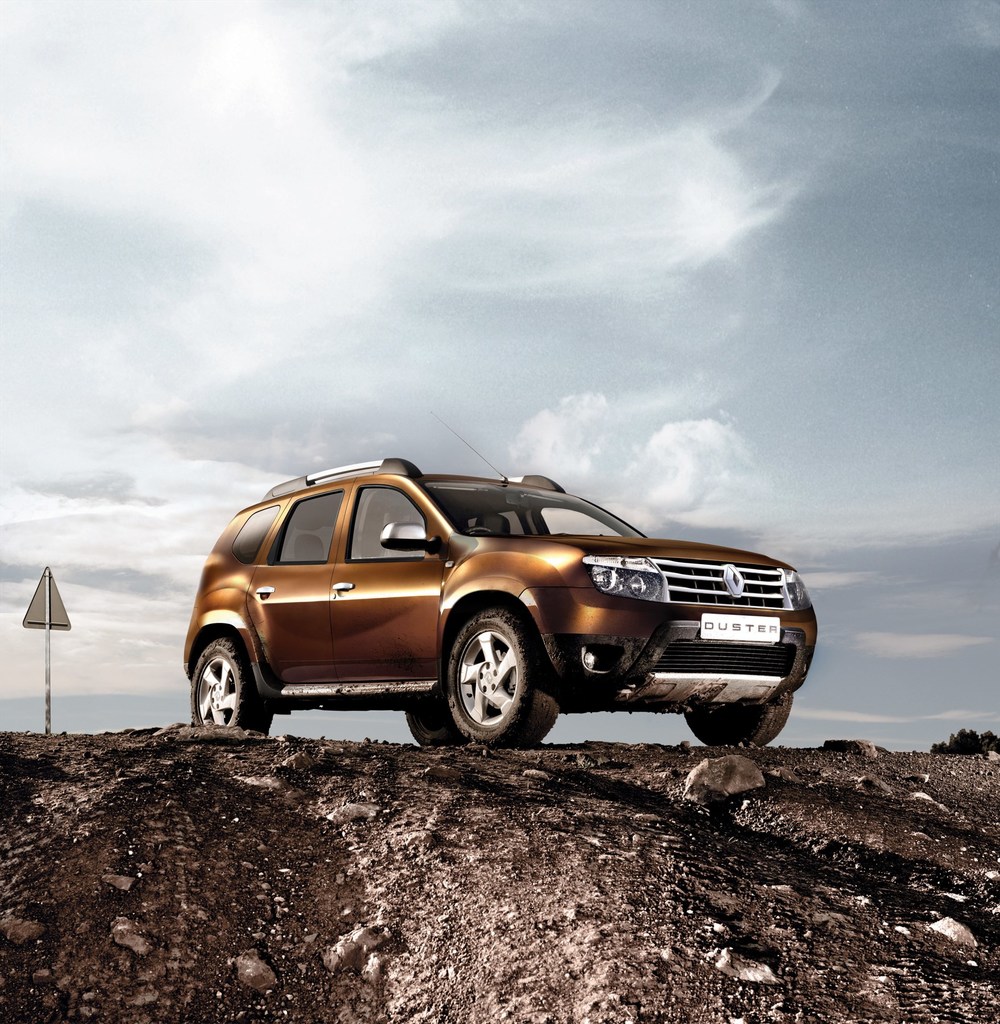 Ever since Renault launched their well-priced SUV late last year, I have wanted a rendezvous with it-its incredible pricing and rugged looks being the main attraction.

Walking around the Duster, you notice its tough appearance; it’s a design made up of a series of cubes within a cube. This design language is reminiscent of the 1970’s, which gives the Duster a funky retro feel.  Its elevated stance, along with its square chiselled lines makes it appear luxurious and masculine, which ultimately leads you to believe that it is more expensive than it really is.

Open up the Duster and you notice a minimalist interior, but not in a Bauhaus kind of way. It’s simple, with basic switch gear. A nice feature is the 7” touchscreen infotainment system, the same one used in the Clio. It operates most of the car’s electronics, like the radio and navigation system. The use of materials combines high-gloss black plastic, referred to as ‘piano black’ on the doors and centre middle console. There are other mat textured putty coloured plastics, all accented with black.

The operation of the switch gear as well as the feel of the materials are somewhat plastic in sensation, and made me question their longevity, though there is no proof that they won’t actually stand the test of time. 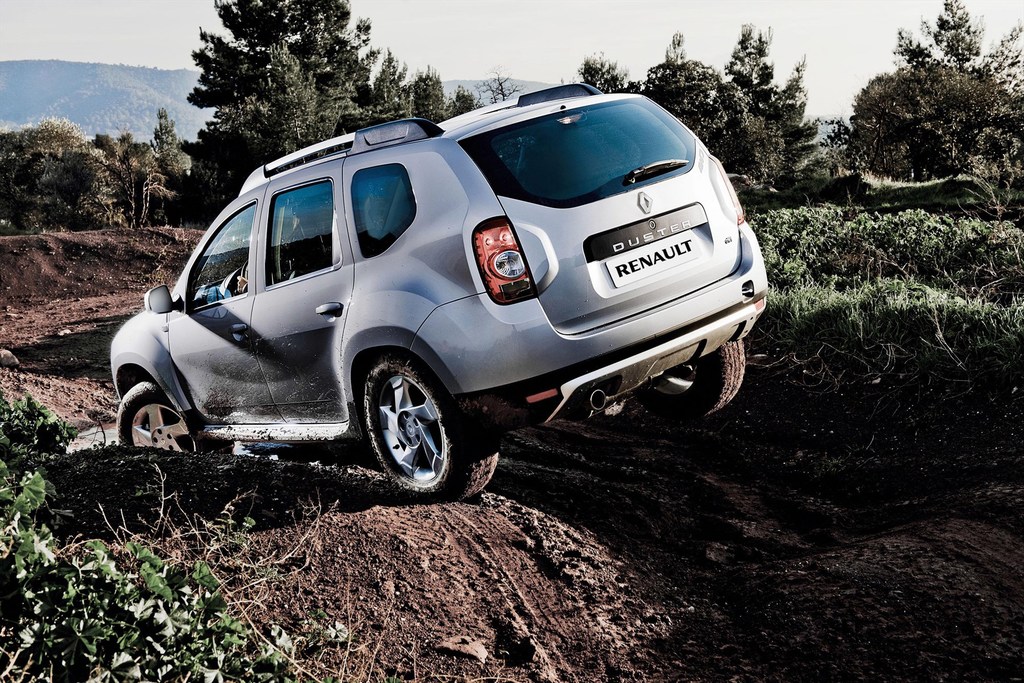 The Duster is a real 4x4, but saying that, it’s also available in a 2x4 like the particular test car I had. The choice is yours, if you’re an outdoor adventurer who likes to travel off the beaten track, go for the R20k upgrade and get the 4x4 system. If highways and school lift clubs are the order of the day, the 2x4 is all you will really need.

The Duster also comes with a choice of two engines: 1.6 petrol engine or a 1.5 turbo diesel. I haven’t driven the petrol variant to confirm that the diesel is the way to go when selecting either of the two, but I have heard it said by my colleagues.

The diesel engine is borrowed from Nissan, which means it will last a long time. On start-up it is noisy, in the usual diesel way- “clucka clucka clucka”, but once on the go you don’t really notice it much. It has gusto around town and never feels pap, but If you rev it past 4000rpm, it does become unsettled and sounds like you have put gravel into your washing machine on a spin cycle- so don’t do that!

On the plus side, I took the Duster down to Clarens for a weekend away. The trip from Johannesburg to Clarens s is approximately 260km, and traveling within the prohibited speed limit for the three and a half hours journey, saw the fuel gauge move only one bar down out of its nine.

The Duster features a 6-speed manual gearbox that is precise and easy to change from gear to gear. The clutch is a little heavy, and in congested city traffic could leave you wishing it was an automatic with the pressure on your foot at leg taking its toll. The power steering is nicely weighted and makes manoeuvring the Duster in and out of tricky parking situations relatively easy. The car’s blind spots are reduced with the standard park distance control system, which audibly assists you while parking the vehicle. 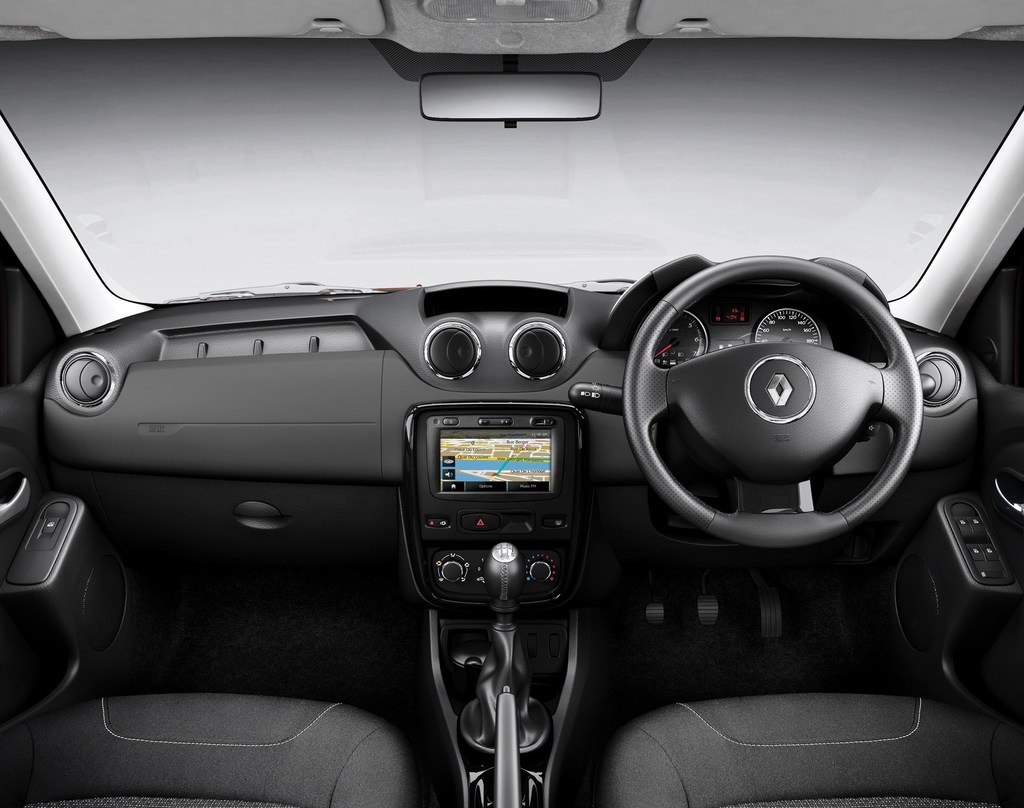 What I’m not so mad about 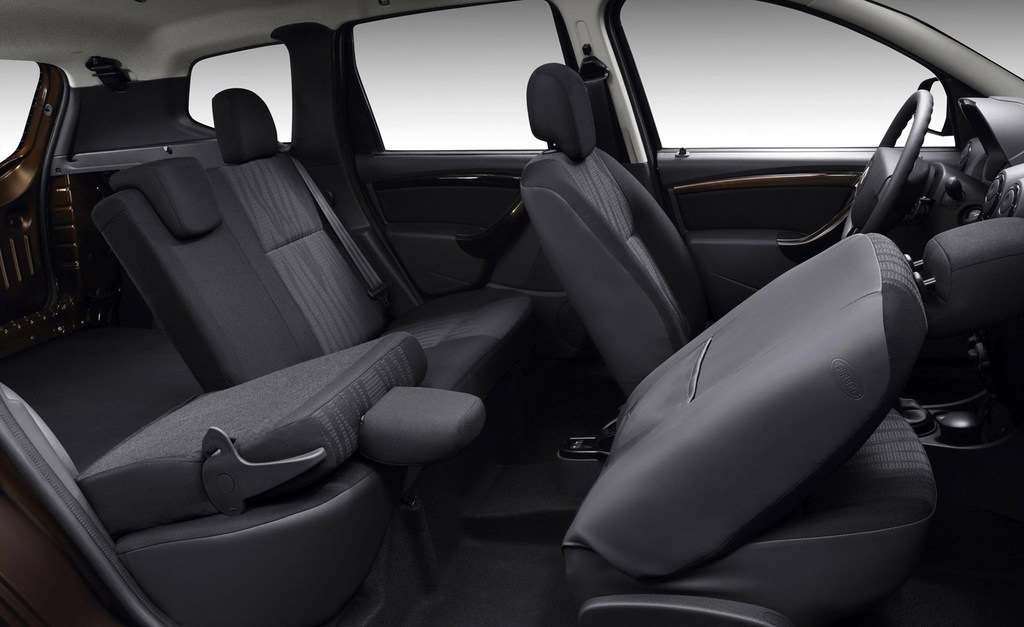 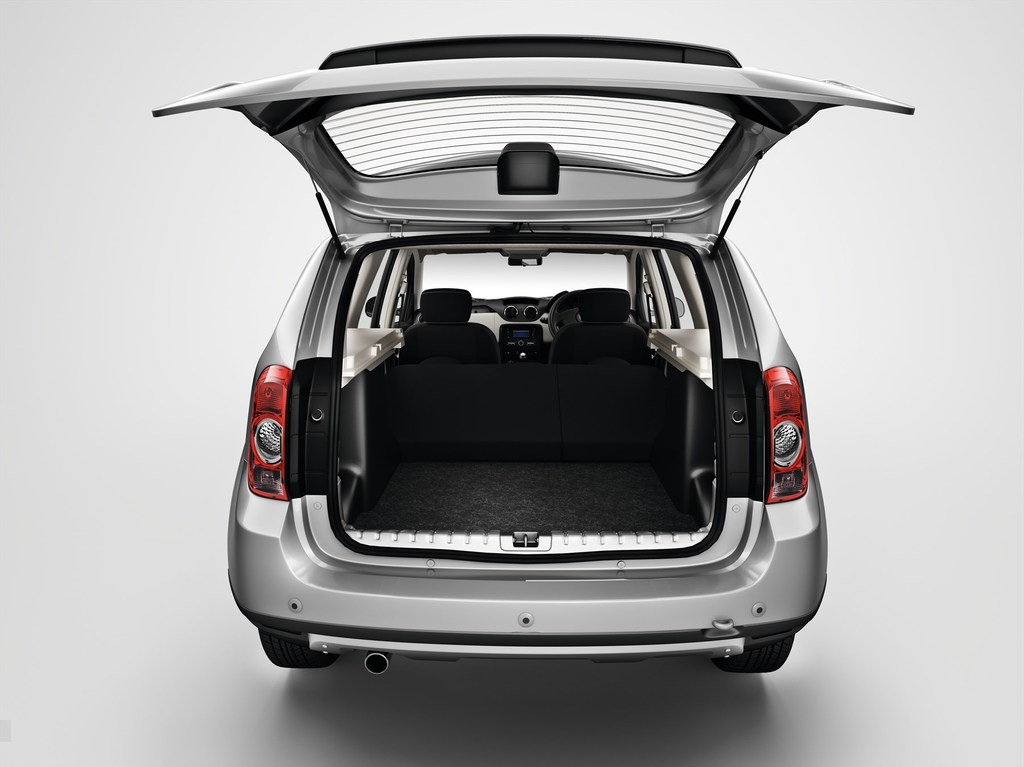 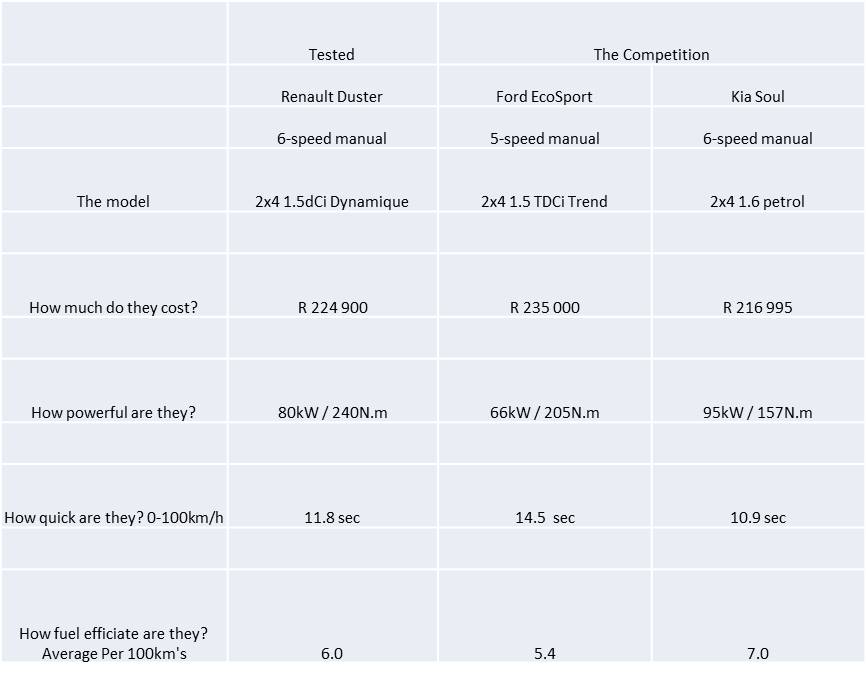 The Renault Duster comes with a 3yr/45 000km maintenance plan. Unfortunately there are no safety rating figures on this car to quote them.

The Duster is a lucky bugger, it doesn’t really have much competition in its class and it is very well priced, not only in its class but generally speaking. It’s a good all round SUV. It has its flaws as most cars do, but considering its value it is hard fault.

The Kia Soul is a quirky car. Its appeal is limited and you can see that with its limited numbers on the road. Being a Kia means you are buying a quality product, but quirky isn’t always everybody’s cup of tea.

The Ford EcoSport has friendly demeanour that slants towards being a lady’s car. Its looks, its driving character and performance make it a city slicker which makes it a good urban commuter.

So we have a quirky Korean, a female friendly Brit made in India and a rugged Frenchman with a big boot. Hmm! My money is on the French wagon for R224 900.